Recently, CT told me that she saw that a new Malaysian restaurant opened up in Curry Hill called Singapura. She was pretty keen on trying it, so we went at the first chance we got. Coincidentally, Yvo had been on a Malaysian kick over the past couple of months, so maybe her search for amazing Malaysian food would also bring her to this restaurant. While I haven’t had that much experience with Malaysian food, I was excited for hopefully a great local place.

We started with the Papaya Salad ($9) with peanuts, thai chili and lime dressing. This was one of the best papaya salads I have ever had. Full disclosure, I haven’t had it that often. All of the veggies were super fresh and crunchy. The peanuts spread throughout added a different level of crunchiness. The dressing was by far the star of the show. Savory from fish sauce and tangy from the lime with the perfect balance of the two. 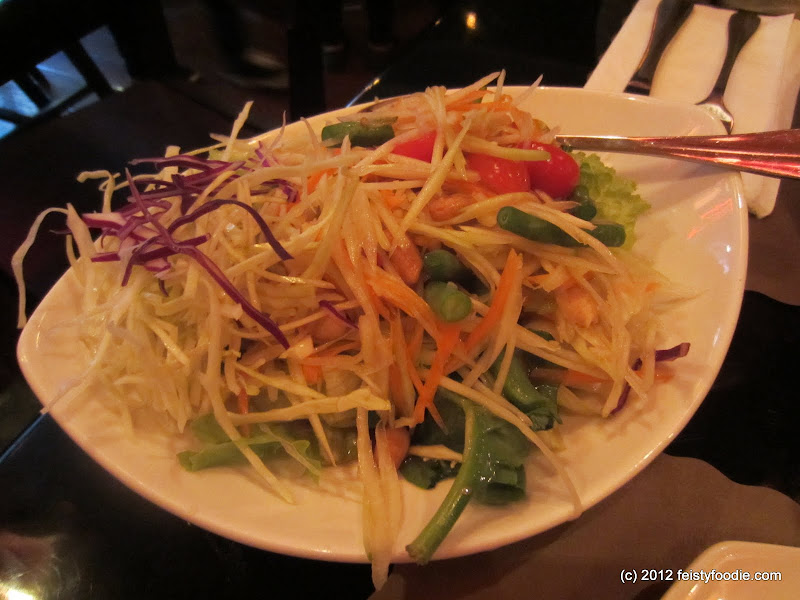 You cannot go to a Malaysian restaurant and not get Roti Canai. It was interesting that the menu said for $5 you can have either chicken or potato. No reason not to get chicken especially since it has potato too. I would have thought we would have gotten at least two rotis, but we made do with what we had especially since there was more food on the way. We both enjoyed it very much. Like the salad, I haven’t had it enough to say whether it was one of the better preparations. 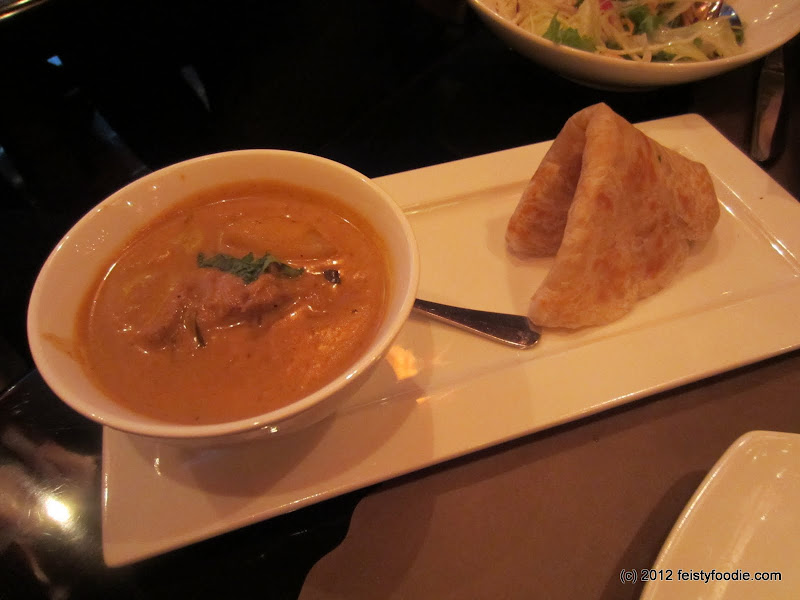 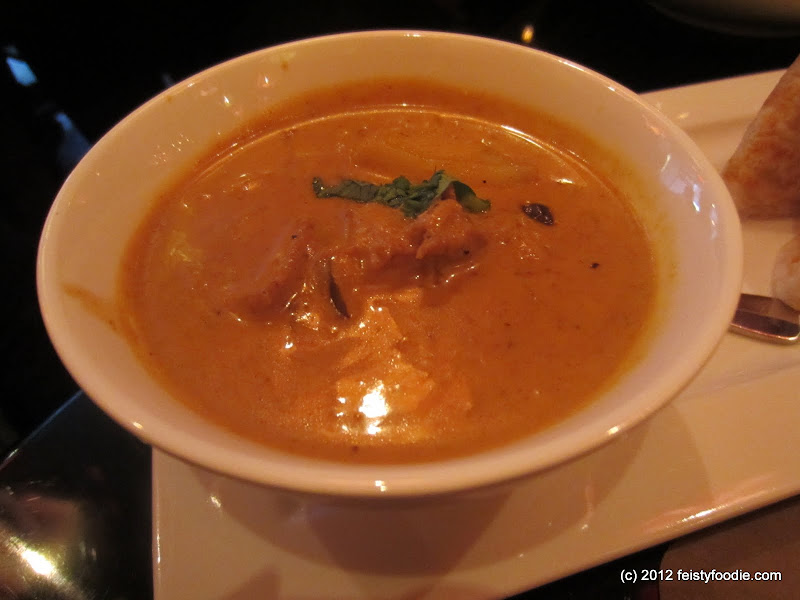 For our first entree, I picked out the Chili Lamb ($15) with green chilies, soy sauce, ginger flavor. This was very delicious. Since it was sauteed and fried, the meat was almost jerky-like, but I like jerky so I enjoyed this. The first couple of bites were not spicy at all, but it built up with each bite. By the end of the meal, I was close to tears but in a good way. 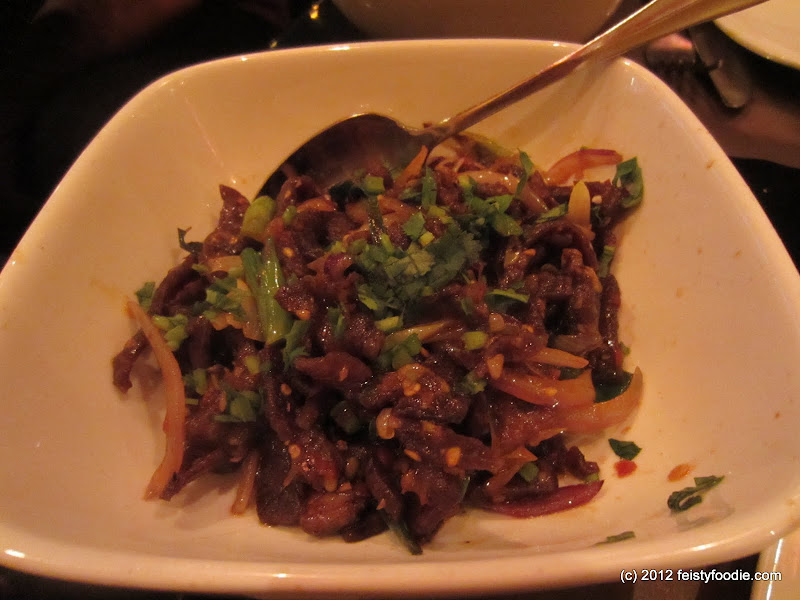 It came with a bowl of white rice, which helped tame some of the heat. 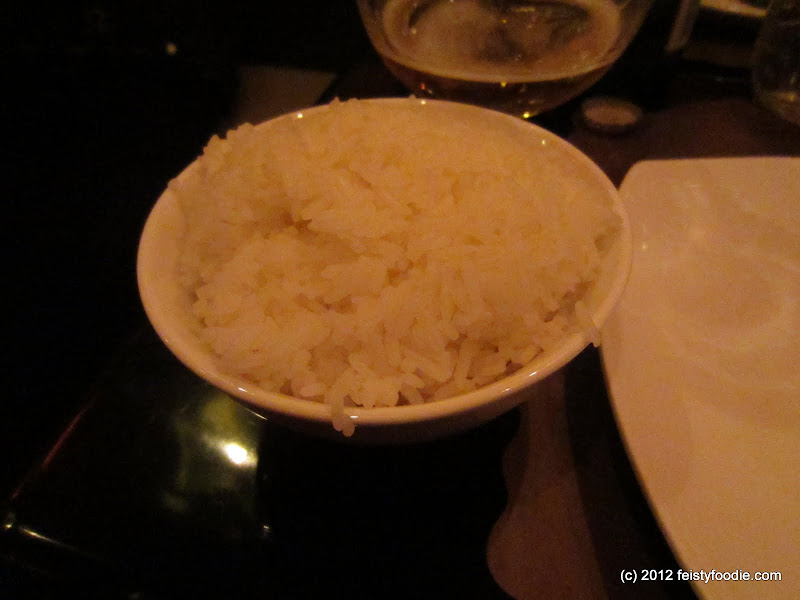 We also got the Nasi Goreng with shrimp ($13). CT saw this on the menu and immediately said we had to order this. She grew up eating this version of fried rice and had not had it in years. While the egg didn’t have a runny yolk to bind the rice together, it was still a good dish. There was a good amount of juicy shrimp strewn throughout. CT enjoyed it, but as with most foods that a person grows up with, it is never as good as they remember. 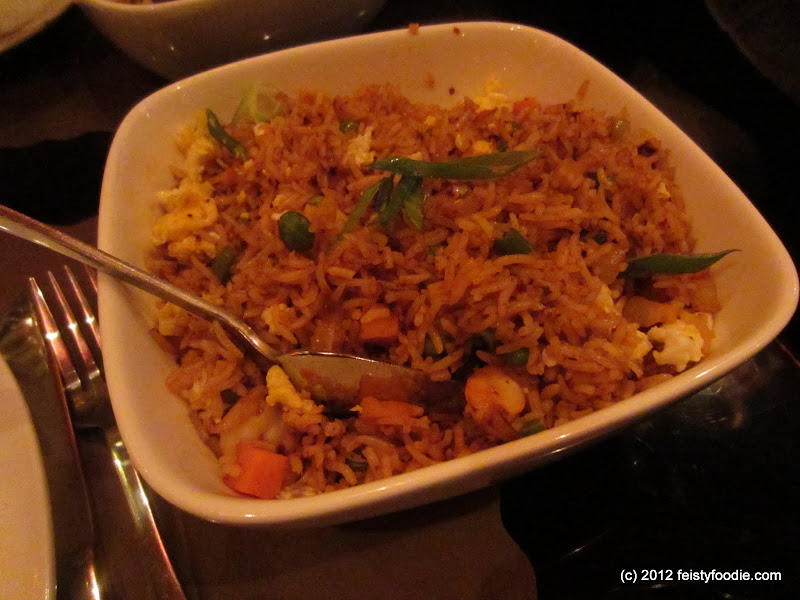 All in all, Singapura was quite good and a welcomed addition to Curry Hill. We enjoyed everything and are looking forward to returning soon. I just hope the restaurant prospers so it doesn’t have to skimp on quality and/or quantity like so many restaurants in that neighborhood unfortunately do.