We were able to get super cheap tickets from Virgin America by buying them a couple months ahead of time. The downside was that they only fly out of JFK, which is pretty far from Manhattan. Fortunately, there is a pretty good bus that leaves from Grand Central. Since it was an evening flight, we decided to get something to eat before getting on the plane. We also had time to kill before the flight.

I had only flown out of JFK once or twice before and not anytime recently, so I was pretty impressed with the clean, mall-like atmosphere in Terminal 4. Plenty of shopping and eating options. We decided to go to the bar called Stadium Club for a drink and some pub food.

CT was pretty excited for the trip so she started it with a special drink, a Cosmo with orange vodka. I stuck to a regular ol’ Sam Adams. She was quite impressed with the bartending skills since it was better than most cosmos she had in Manhattan bars. 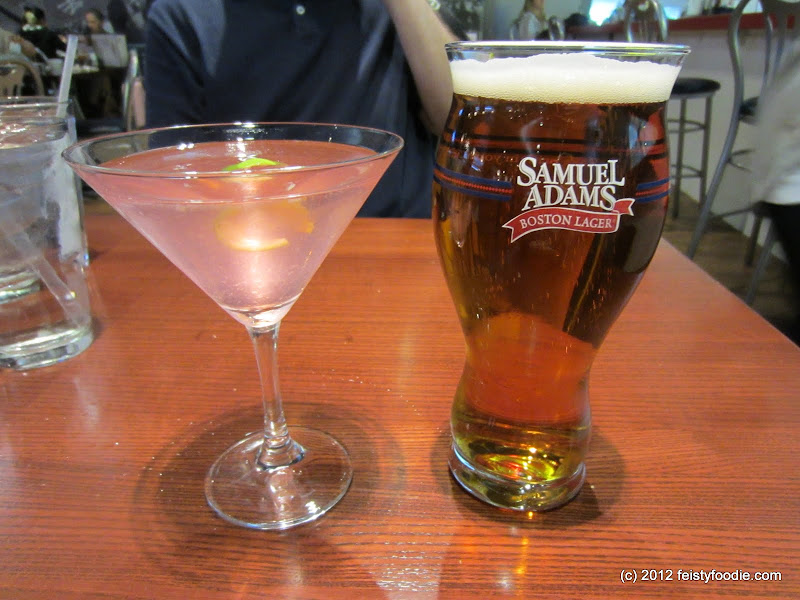 They had a burger and “potato wedges” special for around $11 that day. I found it interesting that they didn’t have a burger on their regular menu. What kind of bar doesn’t? We didn’t have high hopes. Although it was a little overcooked(our specifications were not asked for), the meat was seasoned nicely. The wedges were also seasoned nicely and some were nice and crispy. 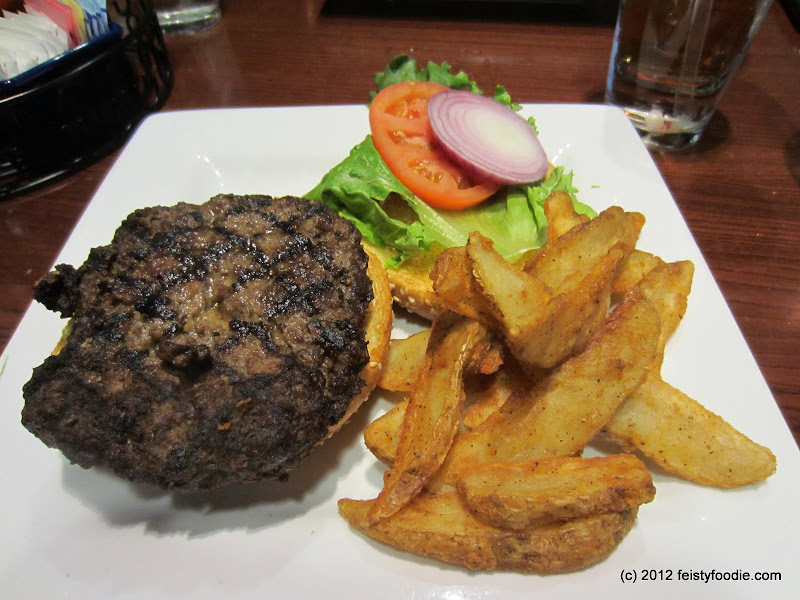 I decided to try the Pesto Chicken Flatbread with gruyere, sun-dried tomatoes and pesto aioli for $12. As you can see it was pretty lacking in presentation. It was also pretty bland. Neither the cheese nor the aioli added much flavor. I wanted to ask for some chili flake or hot sauce, but it was hard enough tracking down the waitress as is. While it was pretty mediocre, it filled me up and kept me satisfied during most of the flight. 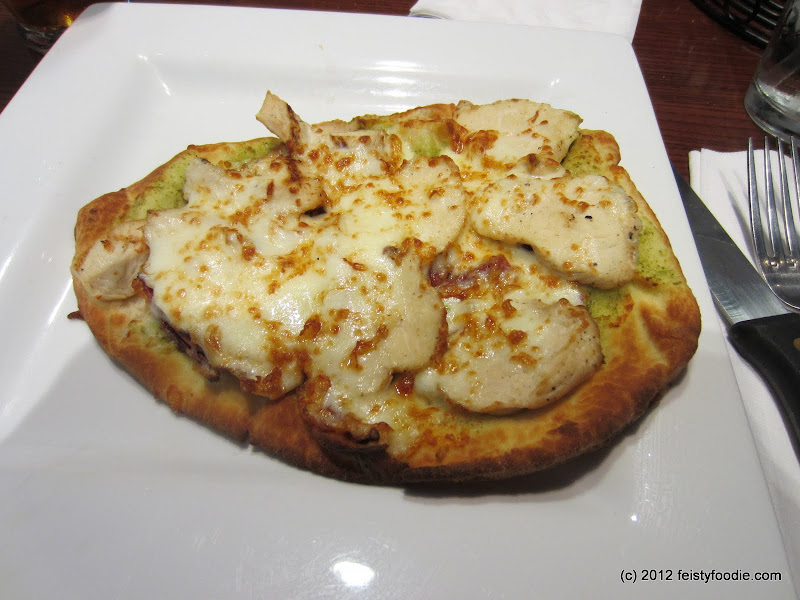 Here is the upskirt. Not much char, but none was really expected as I doubt it was made in a pizza oven or even on a pizza stone. 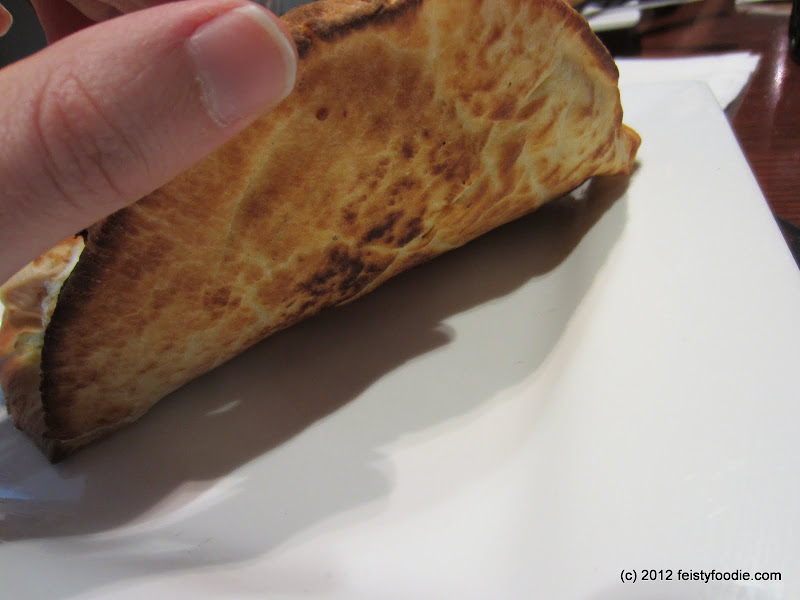 All in all, it was a mediocre and overpriced meal, but at an airport that is expected. We could have gone to The Palm down the other end of the terminal and spent 5x as much but without the guarantee of a great meal. Stick to drinking at Terminal 4 in JFK and eat beforehand.