After Eddie’s, Beer Boor left to go about his own business, leaving Hungry, TC, MadJac and I to wander the few blocks over to Danny Brown Wine Bar.  I first heard of this place years ago from Avenue Food, and I’ve always meant to get over there but never had the chance.  I’ve gone in for a glass of wine before a movie, but that was the extent of it… and then, late last year, news broke: Queens had its first Michelin star, and Danny Brown had brought it home for us.  Wow.  So I was even more excited to go try the food.  (I’d go for lunch during the week, but they’re not open during the week for lunch!) 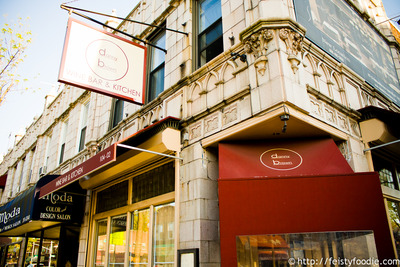 It was still fairly early when we walked in, but the place was really busy.  The hostess asked if we had a reservation, but when we admitted we didn’t, she didn’t seem phased.  She suggested we sit at the bar, and then went around asking people to shift over to accommodate our party of four (there were enough seats, but they were separated).  I was really impressed by how well she handled the situation – she wasn’t pushy and people just slid over. (I think that’s also a testament to how amazing my neighborhood people are!) 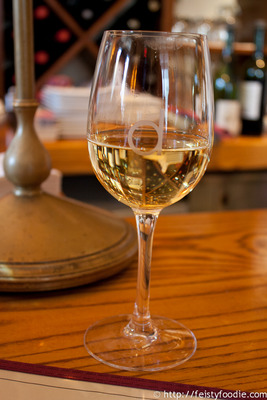 We decided to share a bottle of wine.  I forget what it was exactly, but I liked this photo.  Hungry and I got into a discussion over the description of wine in general as dry or sweet, and I decided to ask the bartender for his expert knowledge.  Though the bar was pretty busy, he took a few minutes to run us through a quick tasting lesson, pouring us various wines to show us the difference between the wines.  Very kind of him, and Hungry and I both definitely appreciated the gesture.  We learned a lot! 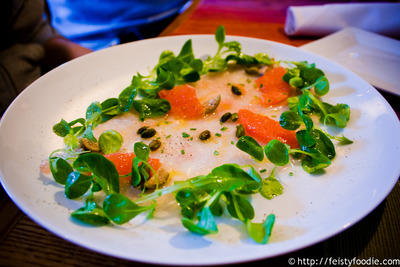 We decided to order a bunch of smaller dishes.  We started off with yellowtail carpaccio, with grapefruit segments that really brightened the whole dish.  I really enjoyed this.  Though it doesn’t look like much, it was plenty to split among the four of us with the rest of the meal. 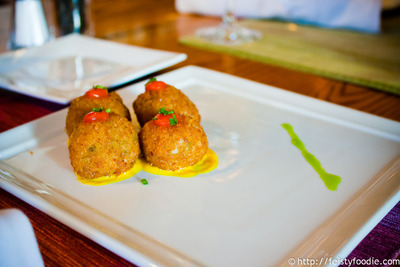 We also ordered a dish of Serrano ham croquettes.  Aside from an adorable presentation, these were nicely fried, crisp on the outside, and creamy on the inside.  Yum. 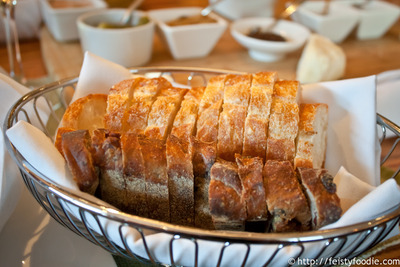 Our next order was the SMALL meat & cheese platter. 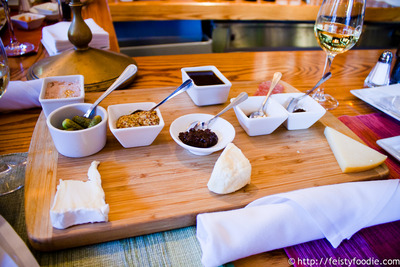 Yes.  That is a ‘small’ platter.  Three meats and three cheeses.  Two types of spreads, sliced meat, and three huge chunks of cheese… all with accompaniments.  Pickles, mustards, fruit spreads,… So good!  I know one of these was robiola, and then a couple of different things… pork rillettes – so good! and chicken liver mousse. 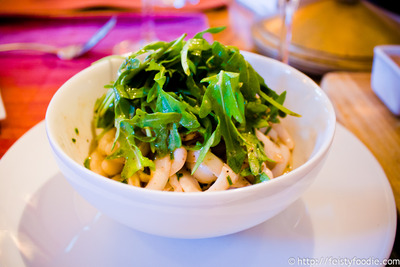 We also ordered grilled calamari with arugula and white beans. 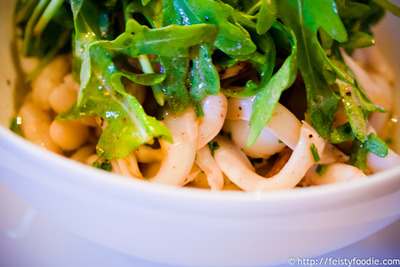 Look at that. So good, each piece super tender and delicious. 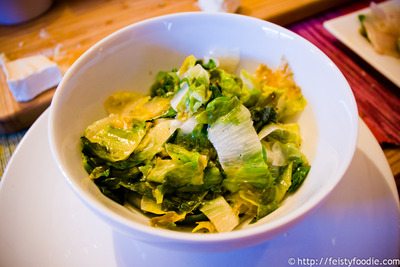 For veggies, we ordered escarole.  Properly cooked, and very good. 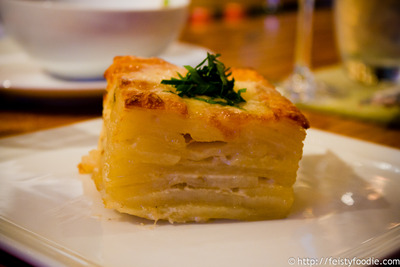 Yvo says: Everything was really good, and we all enjoyed ourselves greatly.  I can safely say that I will make sure I don’t wait so long for my next visit; I simply couldn’t eat any more during this visit, or there were a bunch of other dishes I really wanted to try but didn’t get to.  Next time!  I’m in love with my neighborhood 🙂
highly recommended