I’ve raved about the wonders of my neighborhood many, many times, but there are still so many places that I’ve yet to visit – and new ones open all the time! Tokyo Teriyaki is a place I walk by constantly but was always on my way to eat or had just eaten, or meeting friends and it just didn’t seem to be the type of place you make a point to go with friends. After I got it in my head that I had to go there, and a few comical attempts to eat there that didn’t work out (one failed attempt led me to eating at McDonald’s instead, because of time constraints), I finally went there one evening and ordered a bunch of stuff to take home to eat. 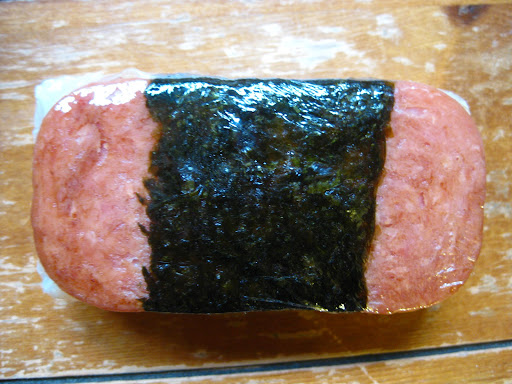 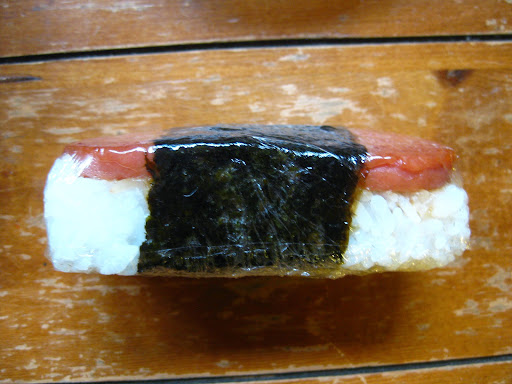 One of the items on the menu that super intrigued me was the spam musubi. I enjoy spam musubi, though this one was just okay. For $1.75, this suits the purpose. If they glazed the spam a bit, it would make it leaps and bounds better! 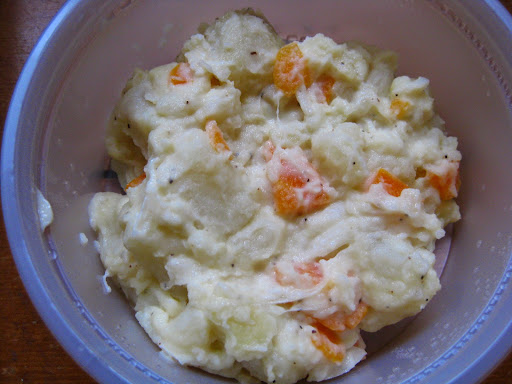 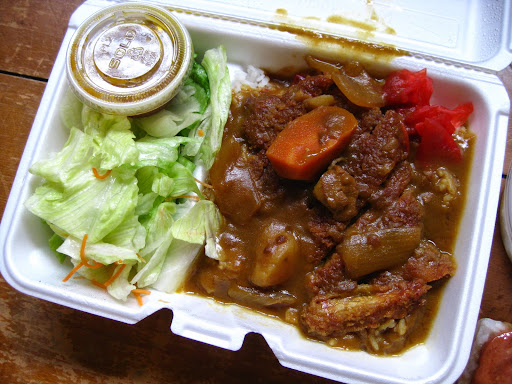 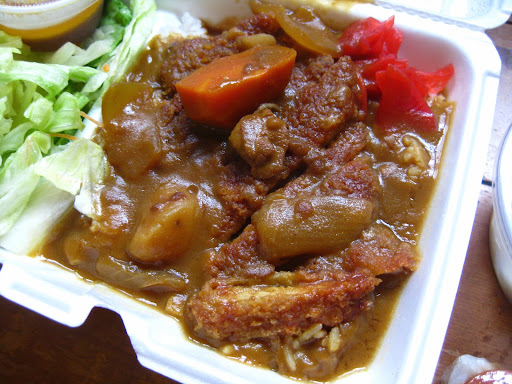 Last but not least, I also ordered the kastu curry Tokyo Special – pork cutlet with curry sauce over white rice, with salad on the side, for a whopping $6.50. That’s right. That was six dollars and fifty cents (and I think tax; sometimes these places include tax in their price, sometimes they don’t). Though the cutlet obviously sogged up a bit from the transport and being smothered in Japanese curry, it was very obviously very properly fried, and fairly tender. I enjoyed this a lot – though I thought the rice was a bit overcooked. The salad bit was a nice side bar, but nothing mind blowing or game changing.

This place is exactly what it presents itself to be: inexpensive and tasty. Rolls are in the $3.50 range – yes, really – and probably aren’t anything mind blowing either – there’s a limited selection – but I’m sure they are perfectly satisfactory. There are other items on the menu that I’d like to try, but it’s safe to say that this inexpensive takeout hole in the wall is going into my rotation permanently. You can’t beat the prices, there’s no pretension, and while I found service on the slow side – it seems they have issues with that, as the few times I tried to go presented that issue (and I had a movie to catch). But if you call your order in ahead of time, I’m sure that can fix that issue (and go browse at Barnes & Noble down the street for a bit first).

I thoroughly enjoyed Tokyo Teriyaki. This is NOT destination dining, nor will I ever eagerly recommend this place to a friend, or “make” friends come to my neighborhood to eat here. However, I will happily grab food here any time the mood strikes, and my wallet will be none the worse for the wear.

Awesome. I love hole in the wall great finds.

… and I do recommend anyone who lives in the area check it out. It’s totally worth it. I fully intend to work my way through almost the entire menu…