A couple of weeks ago, CT & I went to the New York Public Library to hear Tom Brokaw speak as part of their Live from the NYPL program. It was a very interesting talk with plenty of interesting stories told by Tom; not just promoting his new book. After the talk was over, CT & I were pretty hungry, so we decided to stop for a bite to eat on the way home. Usually, this means stopping at the local diner because they hardly ever disappoint, but this time we changed it up a bit.

Piccolo Cafe had been on our radar for a little while now especially since they are usually found at Madison Square Eats. We never ate from their stand there because there was way too much good food to be eaten in a short amount of time. I actually didn’t know that they had a couple of storefronts around Manhattan until I saw them on Madison Avenue and subsequently checked their website.

As the name implies, they offer a variety of sandwiches, coffee drinks, and more. Surprisingly a good portion of their menu includes pastas too. Not something I would expect at a coffee shop. The shop itself was nicely decorated in a hip Italian, rustic decor.

CT and I decided to share a pasta and a sandwich. We learned that since it was getting towards closing time, they were actually out of a lot of the menu items. I considered that a good sign since it seemed that everything was made fresh.

When we ordered the Spaghetti & Meatballs ($10), the manager/counterperson told us that he only had whole wheat pasta left. I personally am not a fan of whole wheat pastas as I find them gritty. At least the ones sold in stores. We were both pretty hungry and there weren’t too many options, so we said ok to the whole wheat. Once the dish was ready, we lucked out and got what seemed to be half & half pasta. They had some regular spaghetti left. It was a better than expected plate. The tomato sauce was tangy and fresh and the pasta was cooked perfectly. There were a couple of oddly shaped meatballs that were surprisingly good. The whole wheat pasta was gritty as usual, but that’s not the Chef’s fault. Don’t worry Michael White you don’t have any real competition here. 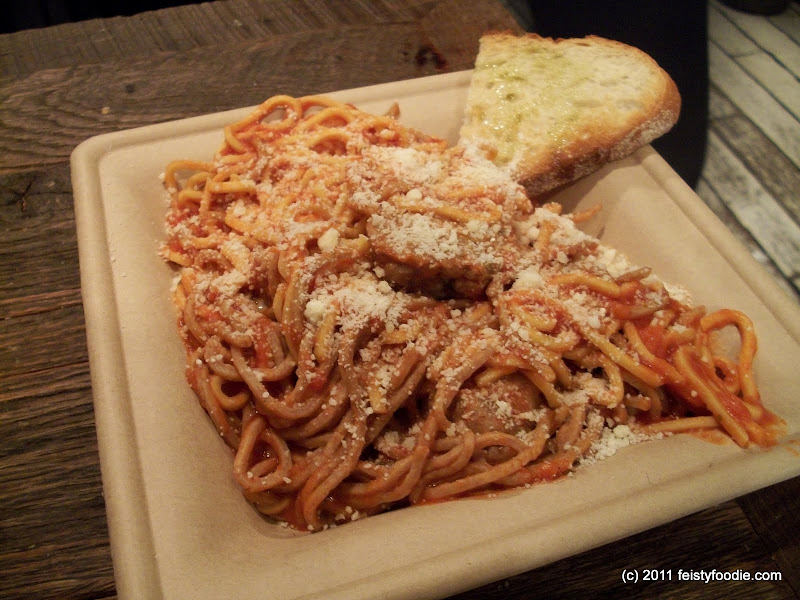 We were going to get one of the sixteen flavors of panini, but then saw on the counter that they had a special porchetta sandwich($10) available. SOLD! When ordering the sandwich, we had a choice of jelly toppings; habanero or what I think was some sort of herb. Naturally, we chose the habanero jelly. In addition to some nicely cooked porchetta and the jelly, there was some fresh mozzarella and arugula on great crusty bread. It wasn’t as salty as the signature sandwich at Porchetta which was a good thing, but on the other hand didn’t have as much crispy skin bits. The habanero jelly was really good. It started sweet with the heat slowly building up, but never over the top. The creaminess of the cheese was a great compliment to the heat of the jelly and the salty herbiness of the pork. Overall, I liked this sandwich a lot more than the one from its namesake restaurant. 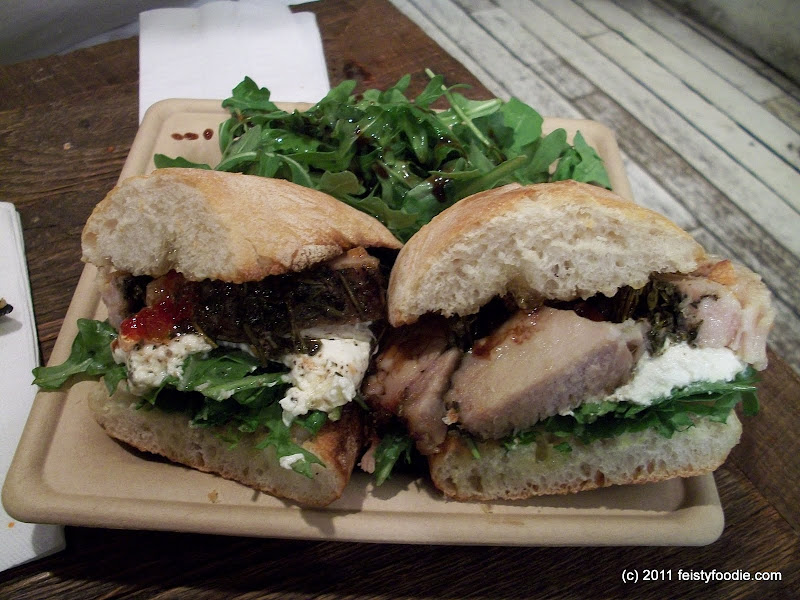 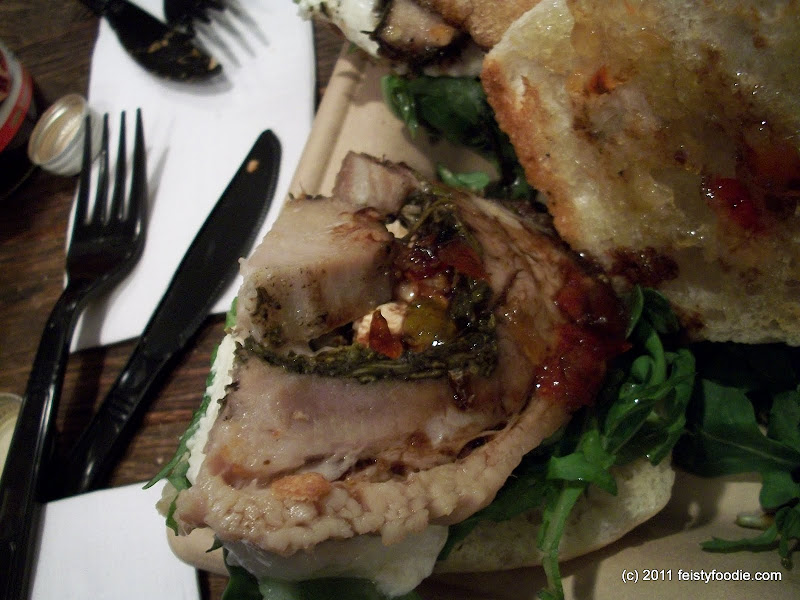 All in all, we were pleasantly surprised by Piccolo Cafe. We felt as if we were in a small coffee shop in the East Village, not in Murray Hill. Prices were reasonable for what we got, although the egg sandwiches we didn’t try look expensive. I am definitely interested in returning to Piccolo to satisfy any sandwich cravings I have, especially if they have porchetta.