After our disappointing dessert at Lina Frey and the immense popularity of a nearby ice cream place, CT and I decided to check it out for ourselves. It turned out that just down the block, across from Katz’s, was il labortorio del gelato.

It definitely looked like some sort of laboratory. It was so clean and sanitized in there. 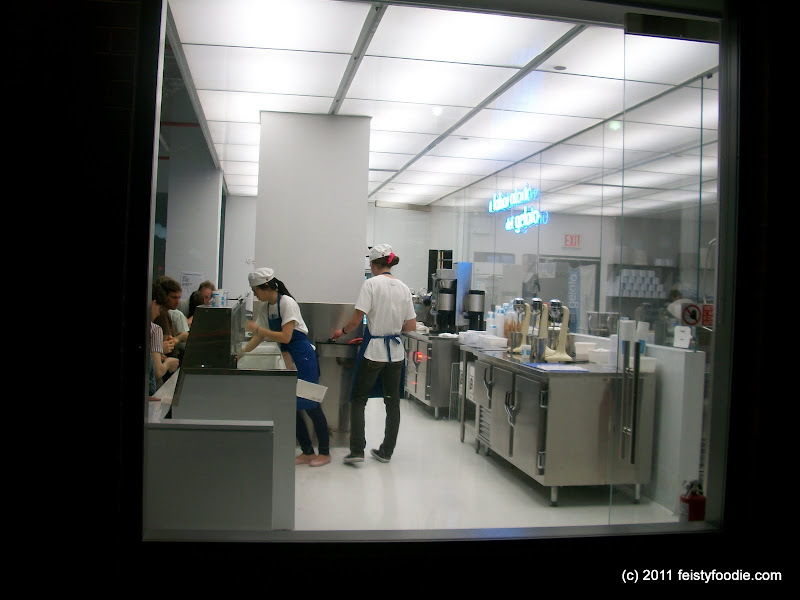 Unfortunately, they didn’t have a big menu listing all of their flavors. We had to scrutinize the tiny tags in front of the serving tubs while we were on line. The line moved quick so it didn’t give us much chance to figure out what we wanted. Since CT chose to get the crepe, I chose the flavor of gelato. 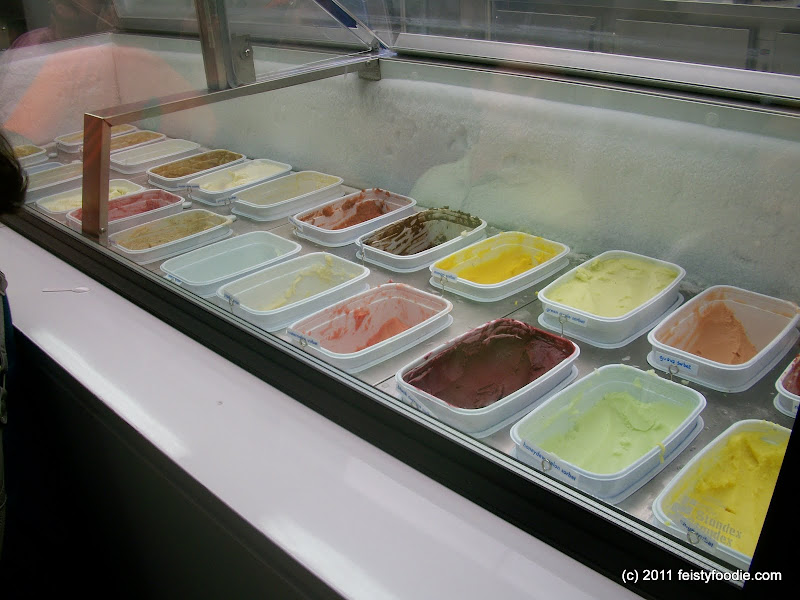 I ended up getting a small black sesame. I think it was around $3. Not cheap, but a lot cheaper than getting dessert in a restaurant and it just the right amount to satisfy. I never had black sesame before. It was quite mild and creamy. The sesame gave a little crunchiness. It was the perfect digestif. 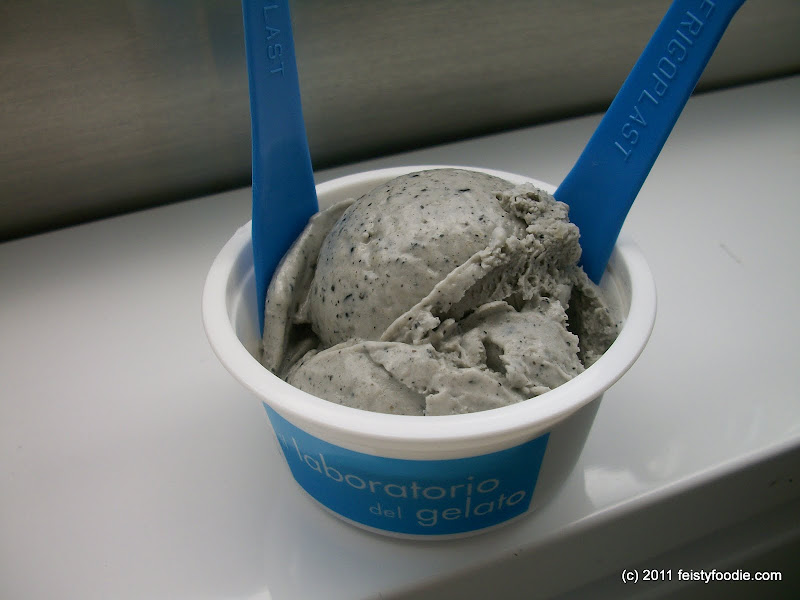 CT says: I had no idea was to expect, but I really enjoyed the black sesame! The closest comparison I could make is peanut butter, but lighter. I definitely plan on revisiting this place to try more of their flavors whenever I’m in the neighborhood.

All in all, it was pretty good gelato. They have such a large variety of flavors that cater to all palates(sweet and savory). If you happen to be in the Lower East Side, I would definitely recommend stopping in. Take a chance and try a flavor you haven’t had before. You might just like it.