Once again, life got in the way of writing. It was a really terrible and busy September; we had a death in the family (please, no condolences, thank you though) and are still dealing with the aftermath of that. We took a quick weekend trip down to DC and got to walk A through the Zoo which is free and awesome and I got to see real live pandas!! and she really enjoyed being up close and personal with a primate (I call them all ‘monkeys’ and I know I am wrong; I am trying to be better). 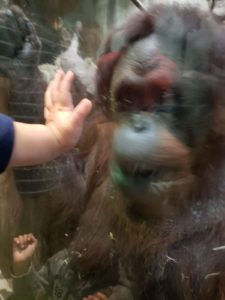 David Wright officially retired from baseball and I cried; we made the decision to take our child to an evening game out in Queens despite it working against all common sense about babies and bedtimes. It worked out okay and I accepted that once upon a time, yes, staying until the last out was a point of pride but now with a small child, it’s OK to put her needs ahead of mine sometimes (HAHAHA… “sometimes”) and leave the game before it ends. Besides, David Wright only played a few innings and we left after he left the game.

But anyway, here we are in October and here I am with another list of consumer goods that my daughter has really enjoyed recently or stuff she has that people have asked me about recently. Her birthday wish list is here – with a bunch of stuff people bought her, a bunch of stuff I added as ideas for things to get her as she grows – but I will be super honest, we’re currently obsessed with sensory play which is more of the home-grown kind (we play with little puffballs, pipecleaners, stickers… all of which I purchase at the dollar store). 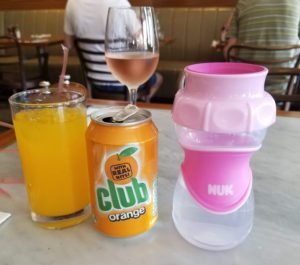 And there you have it, another round of items available on Amazon that have made our lives as parents just a touch better or easier somehow. Hopefully you find them useful as well!

All links are affiliate links, which means at no added cost to you I may earn a commission from purchase you make (thanks guys!). I received no other compensation for this post nor did I work with any of these companies, this is just a list of stuff my daughter has liked recently!

« Autumn’s 1st Birthday
In the Kitchen with Toddler »