This week is the start of “Cafés do Brasil week” here in NYC to celebrate Brazilian coffee. CT and I were invited to a special brunch at Bistro Cassis to learn about the variety of coffees produced in Brazil. There were representatives on hand from from Brazilian Specialty Foods, Inc. and ApexBrasil(Brazilian Trade and Investment Promotion Agency) to teach the small group of us more about Brazilian Coffee. There are actually twelve different coffee regions and we got to sample three of them. 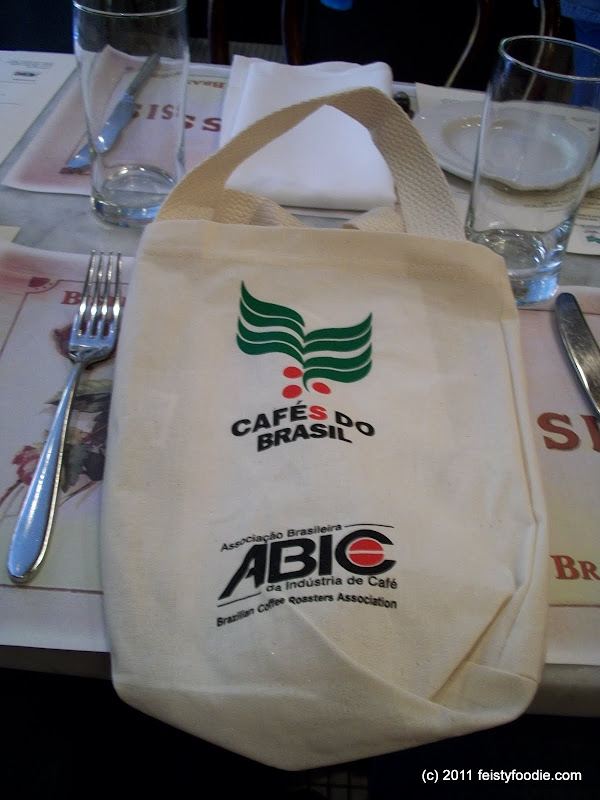 We were given a small bag with a map and a “Cafés do Brasil” lapel pin. All of the regions are primarily located in the southeastern part of Brazil. One of our hosts informed us that we would starting with a lighter roasted coffee and be working our way up to a stronger flavored brew. 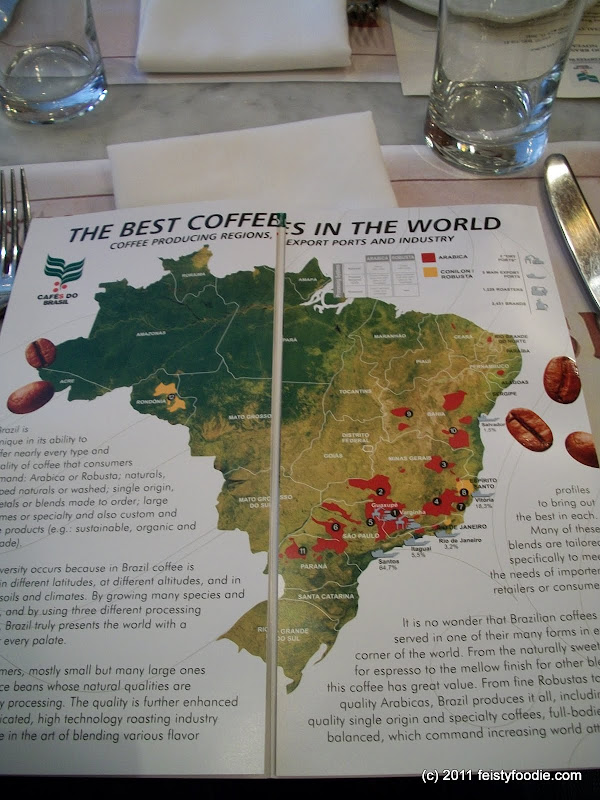 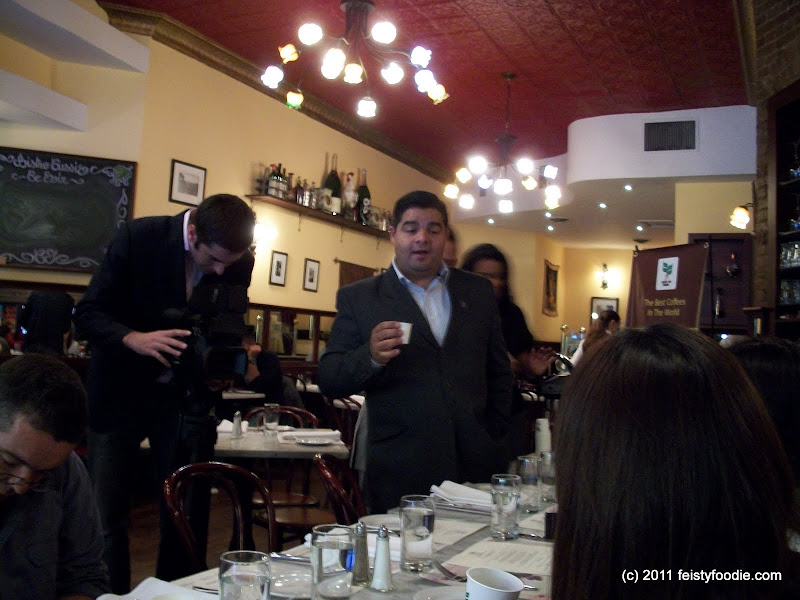 The first coffee we tried was from Mogiana in the São Paulo state. It was described as “balanced body and acidity with excellent natural sweetness with a hint of cocoa flavor.” This was indeed very mildly flavored coffee. I wasn’t a fan as I prefer dark roast. 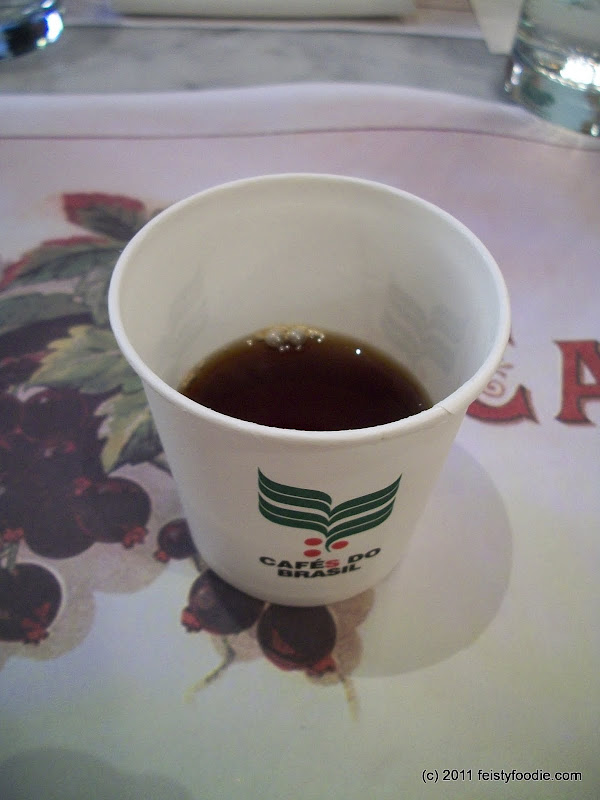 The second coffee was from Cerrado in the Minas Gerais state. It was described as “full body with intense aroma varying from caramel to nutty, light citric acidity. Light touch of orange and sweet flavor with a long-lasting chocolate aftertaste.” This read like a wine description, which made sense as coffee is just as dependent on where it is grown as grapes are for wine. With wine and coffee alike, I go by one rule: If it tastes good, drink it. I don’t get too involved in trying to pick out flavors. However, with this brew I did notice the lingering aftertaste. 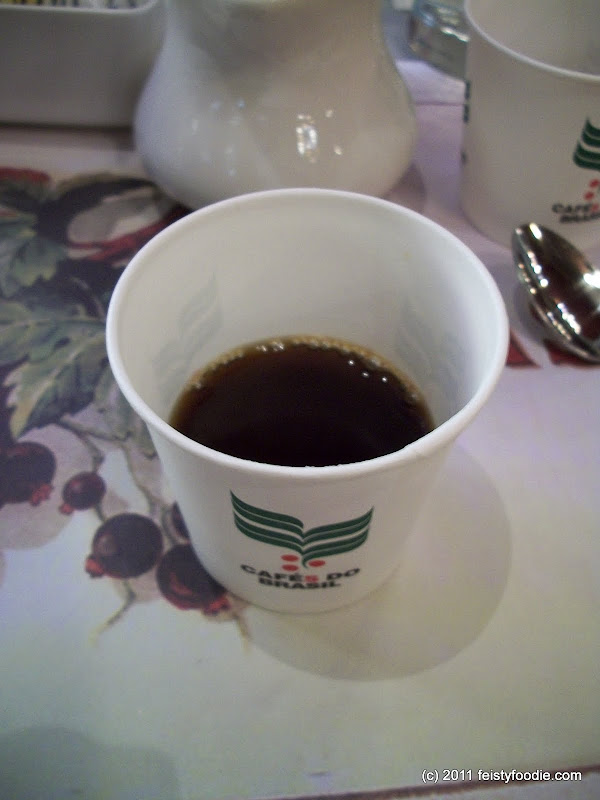 The third coffee was from Planalto in the Bahia state. It was described as “perfect balance of body and acidity, natural sweetness, bringing out overtones of citrus above its rich, caramel-chocolate base. Excellent as a breakfast brew.” This coffee was more my style as it had a much richer flavor than the previous two. 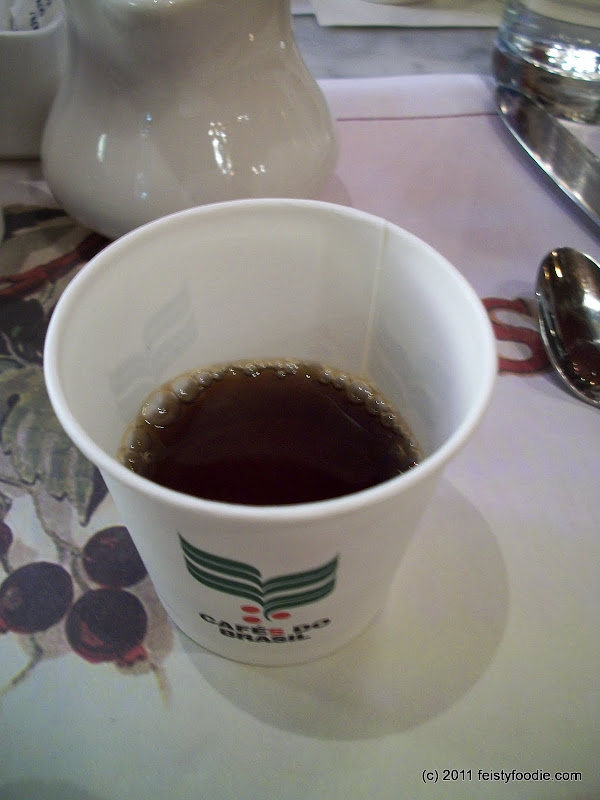 Our hosts suggested we add a little bit of sugar to our samples. I usually drink my coffee black, but was willing to try it. The sugar helped transform the coffee nicely, but I’ll still drink it without.

After all of this coffee, my stomach was begging for some food. At first, the menu seemed to indicate we would have a choice of two dishes. It turned out we would be served BOTH!

First up was Pain Perdu with fresh berries and maple syrup. This was paired with the Cerrado coffee. On its own the French toast was quite sweet, but the coffee did an excellent job of cutting down the sugar. I don’t eat French toast too often, so this was a welcomed treat. 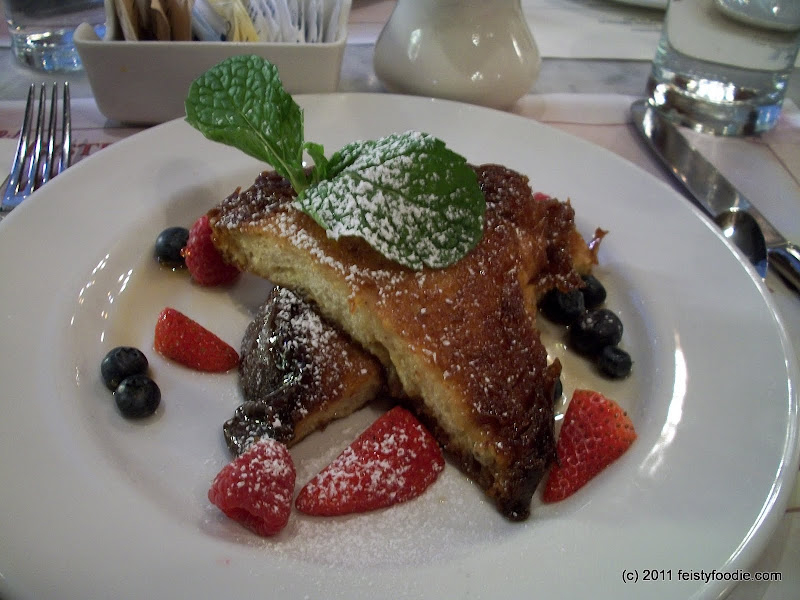 Next up was an omelette. The menu said we would be described it as “jambon et fromage Provecale. Goat cheese bail, tomato, olives served with Brazilian sausage “Linguica.” As you can see, we were not served what was described. It was a simple cheese omelette with one slice of bacon and mediocre home fries. While the omelette was cooked well, we were pretty disappointed since we had higher expectations from the menu. We were also given some more Planalto coffee. 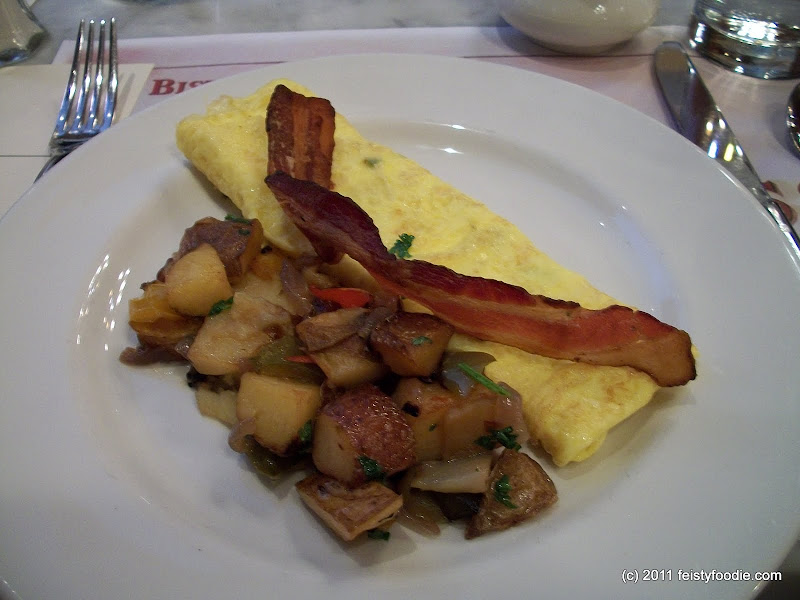 I don’t know exactly how much coffee I drank, but I was pretty shaky the rest of the day. haha. 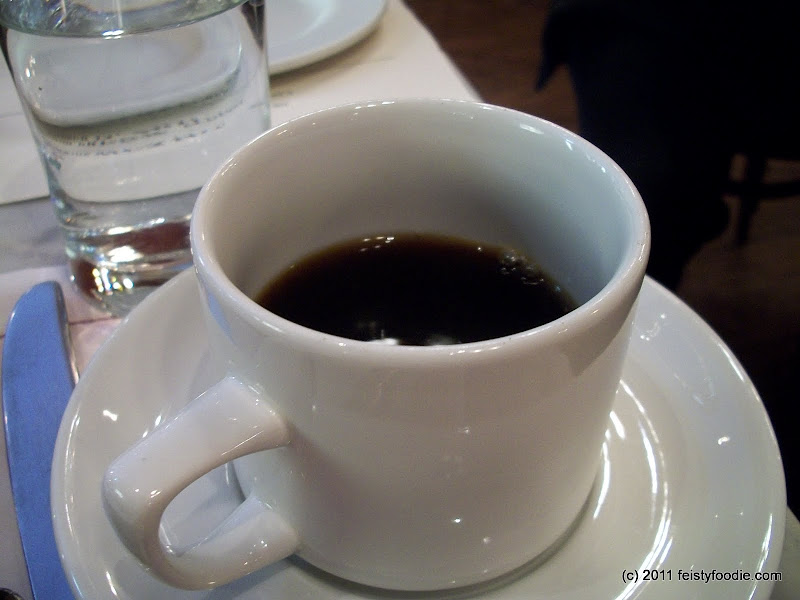 Cafés do Brasil week is going on now until Saturday November 19th. Check out this website for a list of participating restaurants and stores.

Thank you to our hosts for teaching us about Brazilian coffee and a nice brunch. I’ll be on the lookout for some of the darker roasts available from Brazil.

Please note that everything was courtesy of BSF and ApexBrasil. I received no monetary compensation for this review, nor was I obliged in any way to post about the food and drink, positively or otherwise. This is my own opinion and I feel it was unbiased; you are free to take from this what you will.