2012 has been chugging right along at warp speed and with the middle of May approaching, it was time once again to celebrate our mothers. For the past two years, we celebrate with CT’s Mom by getting crabs. I am sure they did the same before I was in the picture. Last year, we had a great adventure heading out to Clemente’s in Sheepshead Bay. This year we decided to stay closer to home and try a Chinese variation of crabs at Congee Village. I checked the archives and Yvo went a couple years ago and seemed to like it for the most part.

Apparently this was the place to go for Mother’s Day since we had to wait even though we had a reservation. Yup, service is not what good Chinese restaurants are known for. It’s all about the food.

We quickly ordered a plethora of dishes to calm our growling bellies. Fortunately, the food came out pretty quickly.

House Special Chicken $18 (whole). They also have a half sized order for half the price, but there were six of us, so we needed a lot more bird. Everyone loved this. Super crunchy skin and juicy meat. Even the white meat had a lot of flavor. While I didn’t partake, the fried garlic cloves were quickly gobbled up. This was a pretty big chicken, but we managed to keep nibbling on it throughout the meal. It held up well and would have made for great leftovers, if there was any left. 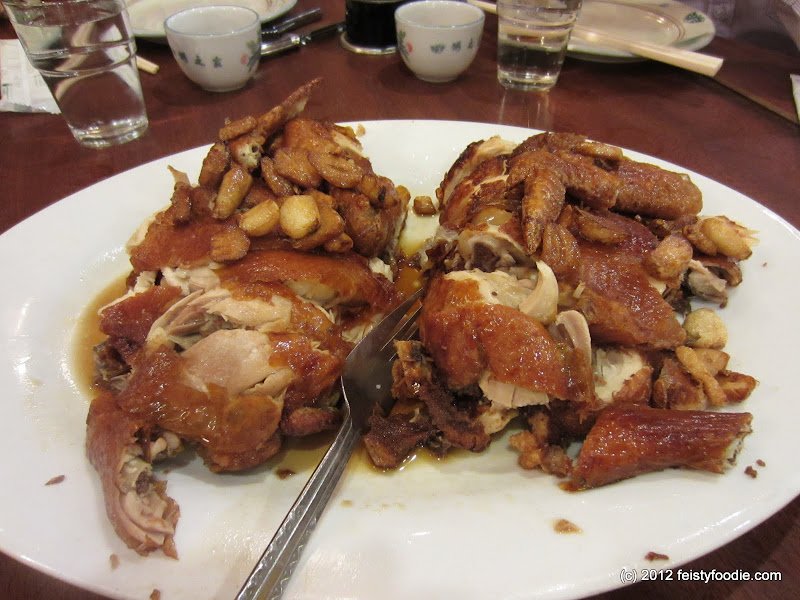 Sauteed Mixed Vegetable $8. CT’s Mom likes ordering veggies whenever we go for Asian food, so we happily obliged. They were a little too saucy for me, so I passed, but I believe they were well liked. I heard that the mushrooms were especially good. 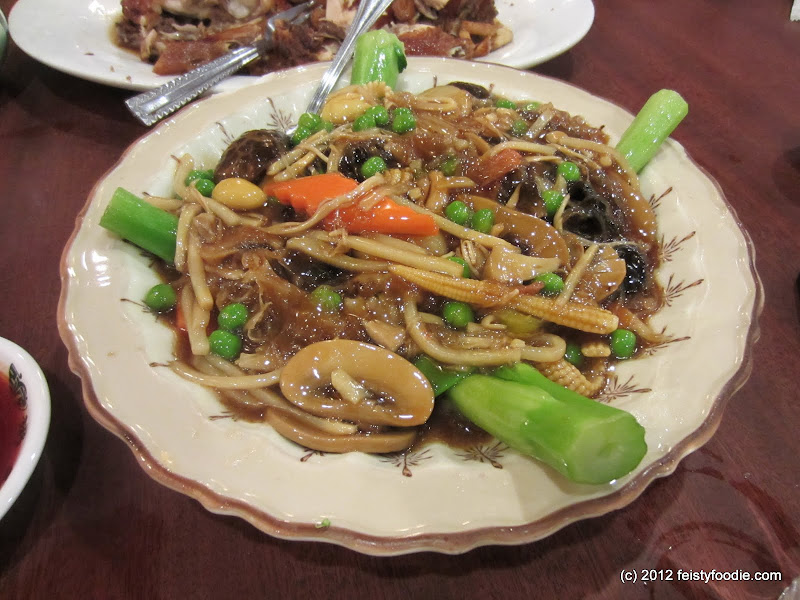 They have a couple different flavors of dungeness crabs on the menu. I believe the market price was $38.95 each, not cheap, but not terrible considering we were all happy splitting two. 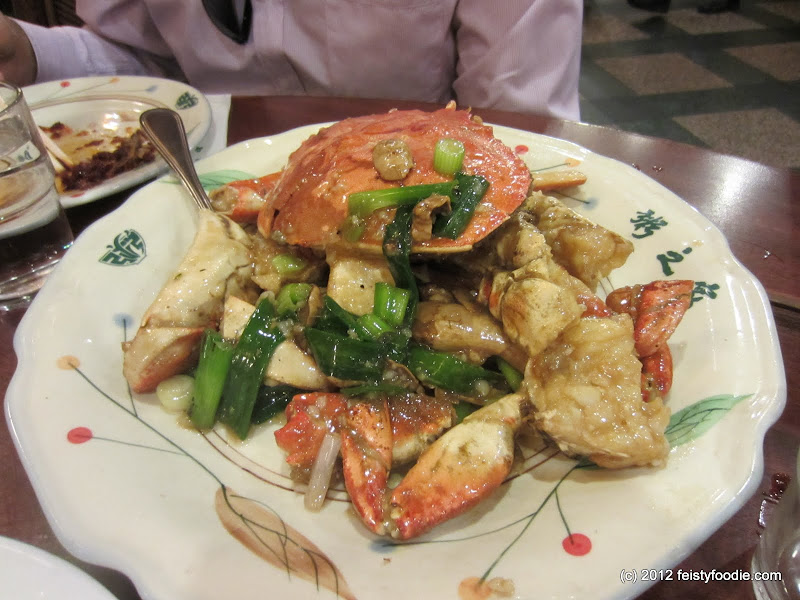 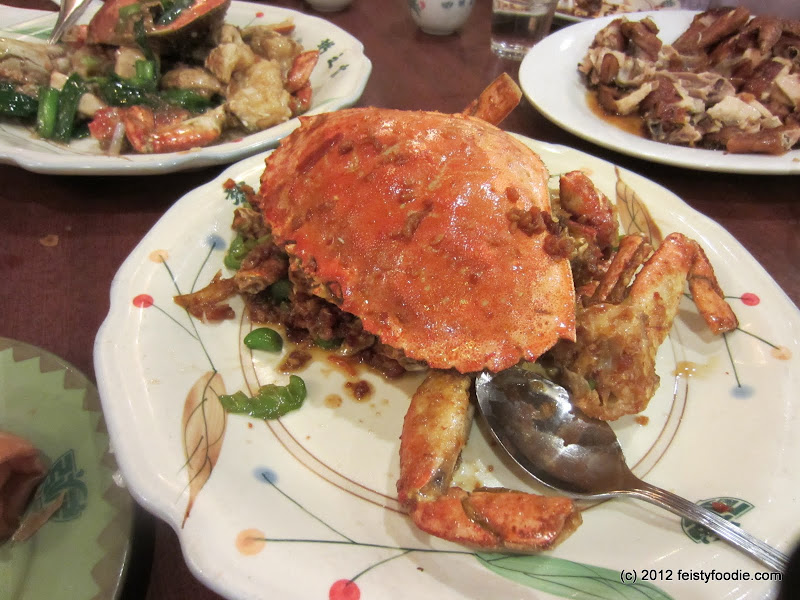 I preferred the latter since it was more flavorful and less greasy from the sauce. Be prepared to get messy while eating them. They should take a cue from Clemente’s and put a roll of paper towels on the table, haha. For the most part, the shell crackers were not needed to get at some of the sweet, delicious meat.

Vegetable Spring Roll $1.25 each. We ordered these mainly for CT’s Dad, but I eagerly ate my half of one. They were very crunchy on the outside without being too greasy. The innards were pretty standard. 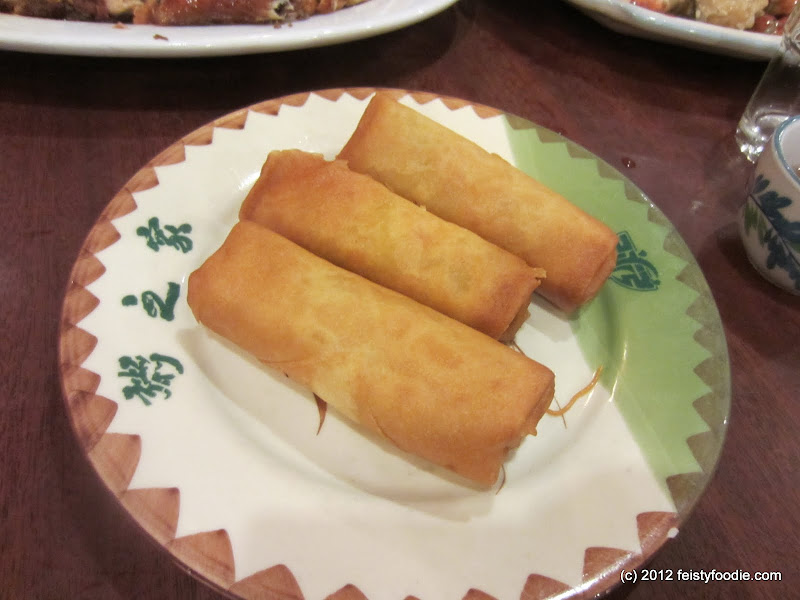 Pan Fried Pork Dumpling 3 for $2. Although the wrappers were a lot thicker than I usually prefer, they were still tasty dumplings that had a good sized pork ball inside. 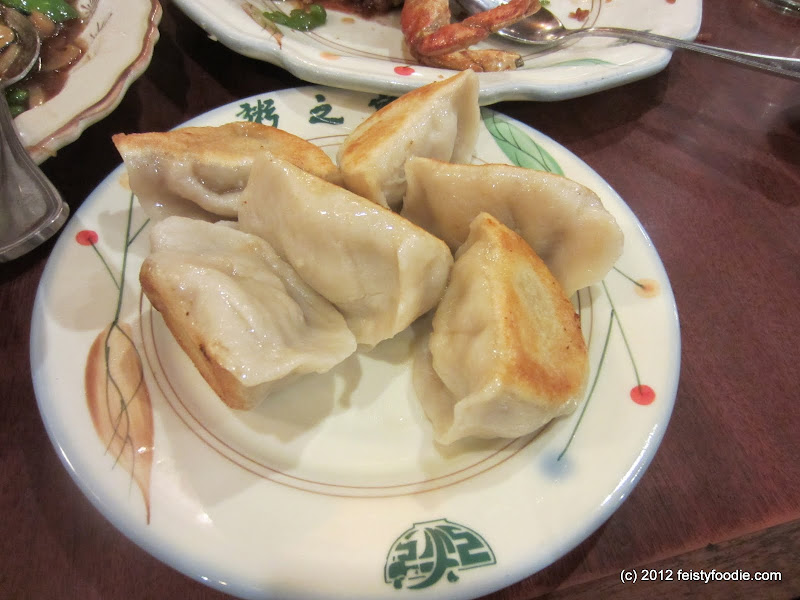 Sauteed Short Rib w. Black Pepper Sauce in Sizzling Hot Plate $11. ML suggested we order this as she enjoyed it in the past. I had a couple pieces of the beef. It was ok. Some of the pieces were super chewy while others were tender. The flavor was almost too sweet for me, almost like a sweet ketchup or bbq sauce. 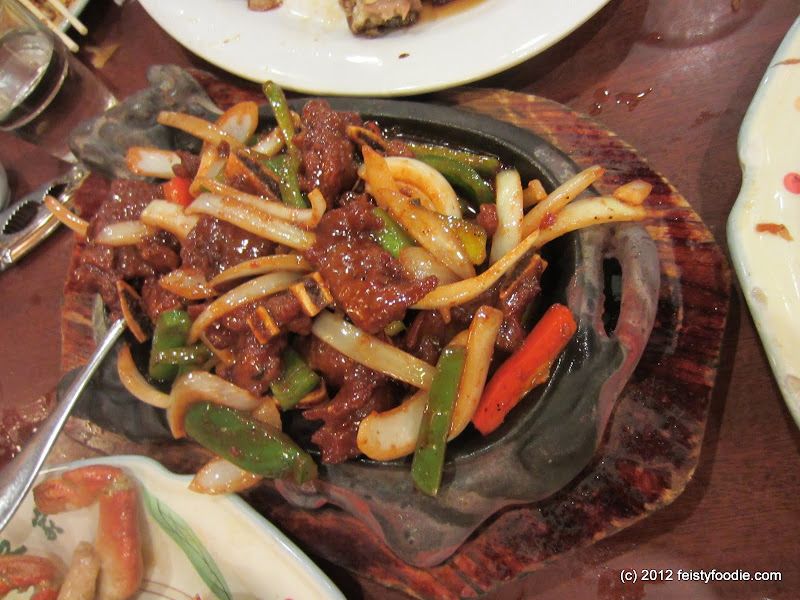 We also order Salt & Pepper Squid, but since it came out much later than everything else, our hands were way too dirty to try to take a picture. The chef must not have shaken them off that much from the fryer since the wax paper was soaked through in grease. However the squid had just the right amount of chew and a good hit of salt.

All in all, it was another successful Mother’s Day since CT’s Mom seemed to be very happy with the meal. The crabs were quite good, but just be prepared to get messy. I think it is safe to say we’ll return at some point in the future and try some of the other dishes on the lengthy menu.