One restaurant that has been on our “List” for a while now is Baoguette/Pho Sure in the West Village. CT had been a number of times in the past and was long overdue for a return visit. I have been to a couple of the Baoguette locations over the years and really enjoyed their banh mi. Believe it or not, I had never had pho before. While there is an on-going debate on whether NYC has good pho, I value CT’s opinion and she said it was pretty good there. Ramen has become quite the craze over the past couple of years, maybe pho will phollow?

It was a chilly and rainy night, which was perfect weather for pho. What made it even better is that our friend KR joined us with her friend W.

We shared a couple of appetizers to start.

Jicama Summer Rolls ($8). They had Chinese sausage, dried shrimp, basil and peanut sauce. They were crisp and refreshing, but could have used a bit more sausage and shrimp. 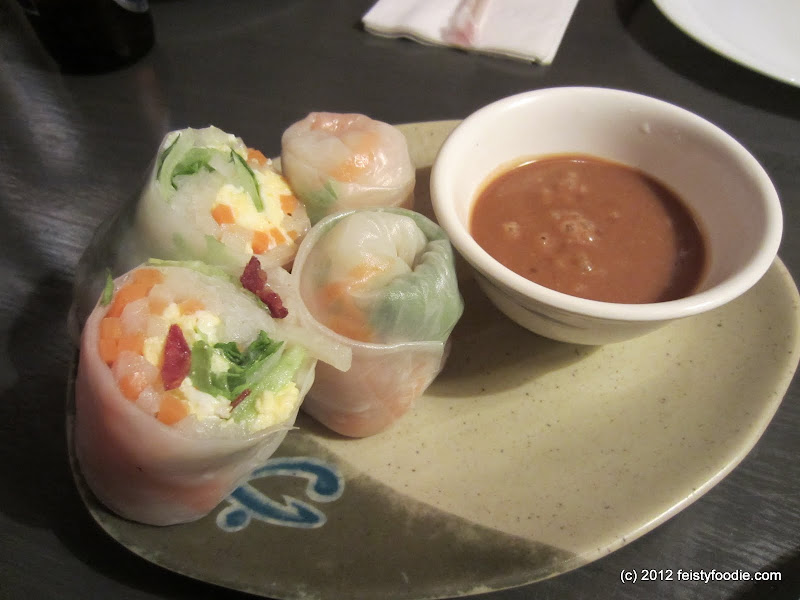 Short Rib On Lemongrass Skewers($12) with hoisin sauce and peanuts. The beef had some good grilled flavor but was a little tough to eat. The long strips off meat weren’t the easiest to eat, but we were all friends, so etiquette be damned. 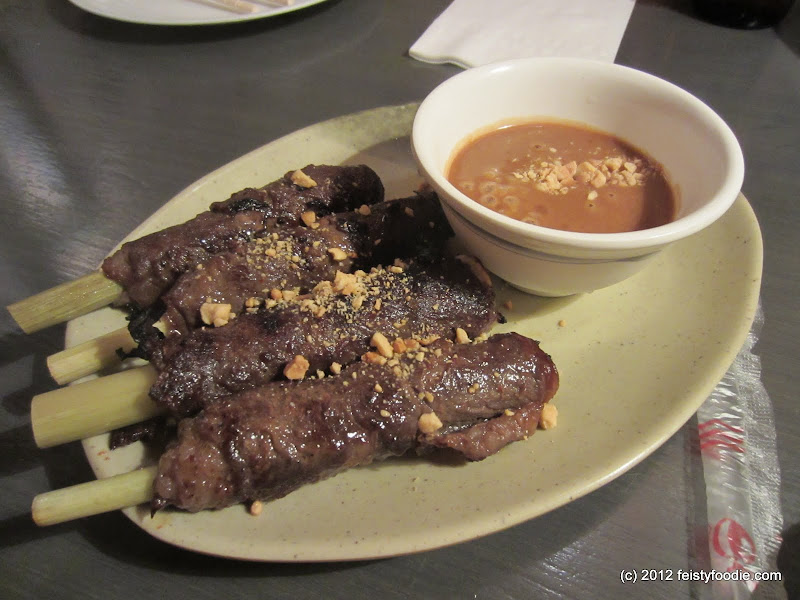 CT and I were feeling extra ambitious so we shared a banh mi and two bowls of pho.

We only got the banh mi in addition to the pho because this was the only location that you could get the Pork Chop & Fried Egg banh mi ($8.25). It came with the standard pickled daikon & carrots, cilantro, and cucumbers. At the other locations, they usually ask how spicy you want your sandwich. Here they did not. It could have used some extra spice. Fortunately there was a big bottle of Sriracha on the table. Oddly enough, the egg was the most prevalent flavor I got when eating this. I’ll stick to a regular Baoguette next time. 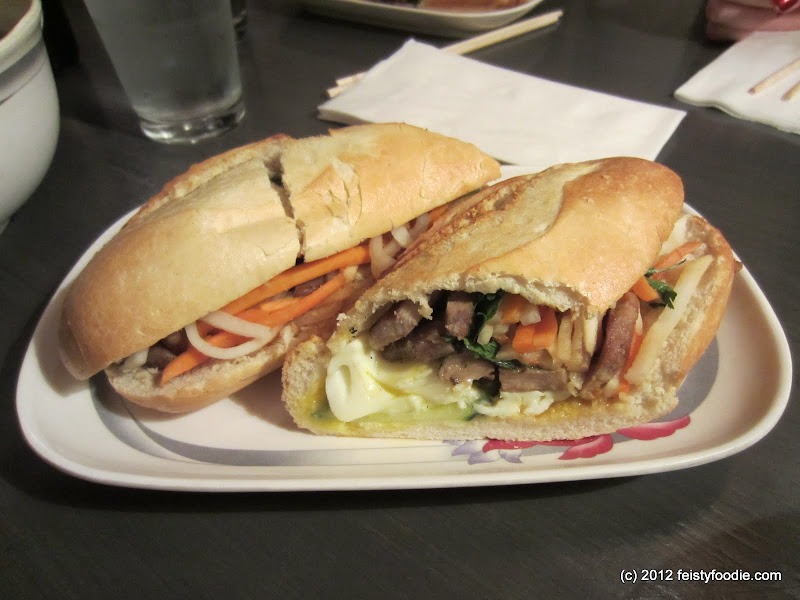 The restaurant offers two types of pho, so we shared one of each.

Pho Real ($8)- pho beef noodle soup with rare beef. Sorry for the lack of perspective, but it was a HUGE bowl of soup. There was a lot of noodles and fresh herbs mixed in. The broth was delicious. Light, yet super “beefy.” The beef slices weren’t as rare as advertised, but still tasty and added some heft to the dish. 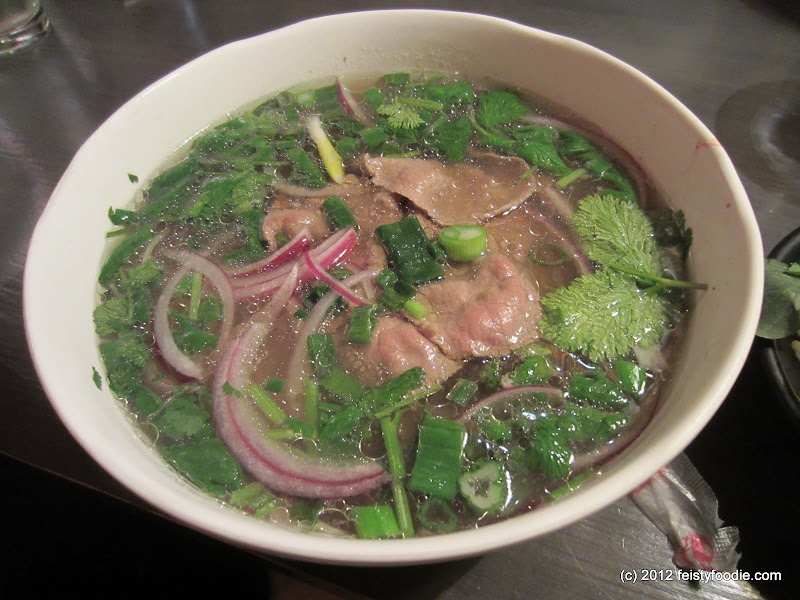 Pho Sure ($8)- pho beef noodle soup with rare beef, brisket, shin. This was the clear winner as it had a variety of meat, which wasn’t as overcooked as the first bowl. I would definitely order this version next time. One bowl is more than enough for an entire meal for one. 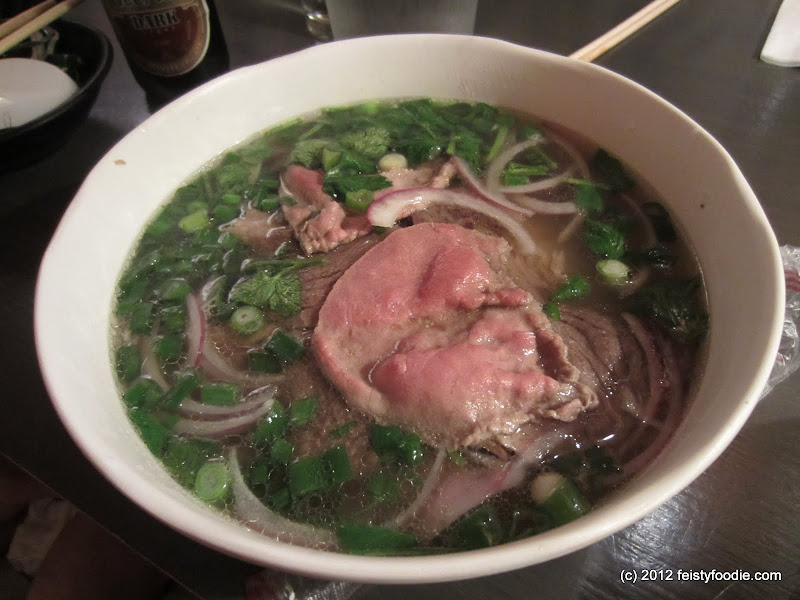 Both bowls came with a side of veggies including bean sprouts, Thai basil, and a slice of lime to add if you wish. 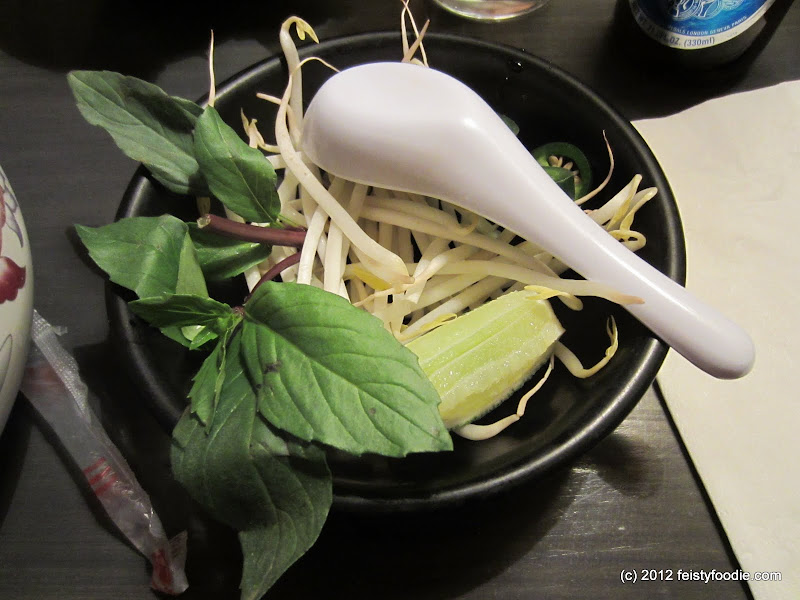 All in all, I was quite happy with our meal at Baoguette/Pho Sure. It was a great introduction to pho. Prices were super reasonable considering the neighborhood they were in. I will have to try to get back there soon before the weather warms up too much.