During Christmas break, CT and I stayed in town even though we had a healthy amount of time off from work. We already had a pretty great vacation in Panama over the Summer, so we decided to relax at home and save some money. We did however come up with a shorter list of restaurants we wanted to go to from “The List.” We would have a culinary vacation without leaving the city!

There has been a proliferation of Filipino restaurants in Manhattan over the past year of so, which I heartily welcome since our fantastic brunch at Maharlika. One restaurant, Sa Aming Nayon has been on our radar since it has opened a few months back. We knew we had to go once I read our friend Tia from Bionic Bites’ review that featured the Crispy Pata. This is a whole, fried pig’s foot. How could we not try that? For the icing on the cake, we bought a $25 gift certificate for ONE DOLLAR from Restaurant.com. Thanks Mom for telling me about that website.

After arriving, we knew this place was the real deal since many of the other customers appeared to be Filipino. Always a good sign when an ethnic restaurant has people of that ethnicity eating there. To drink we both had San Miguel beer. It was a nice, light pilsner that ended up pairing well with the food(as expected). When traveling I almost always try the local beer and usually do the same at restaurants. 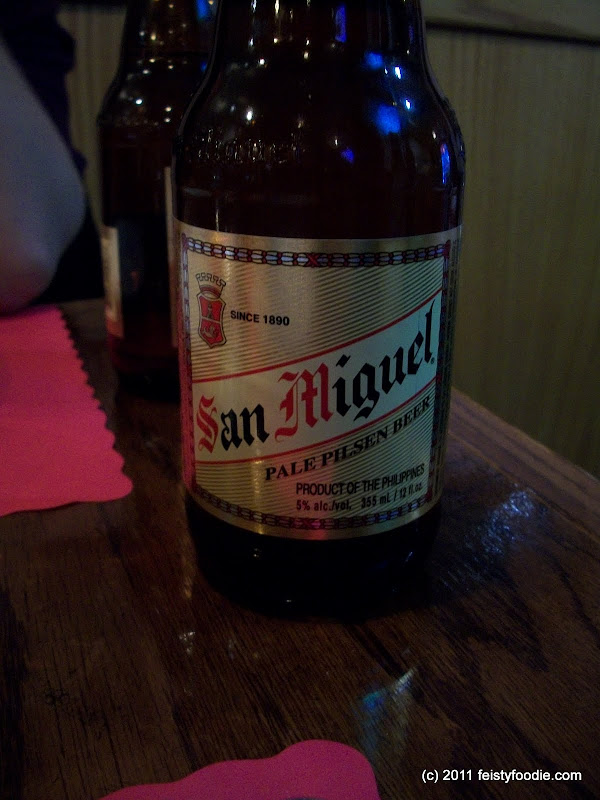 I decided we should order the Sizzling Sisig ($12) to compare to the version I previously had at Maharlika for brunch. Here it was listed as an appetizer. It had three kinds of pig parts (ears, belly and snout). It came out steaming on the plate which made for a bad picture. Our friendly waitress offered to mix up the egg for us. The first thing I noticed was that the pork pieces weren’t as finely chopped as the Maharlika version, which gave it a better texture and less corned beef hash-like. I would definitely order this again. 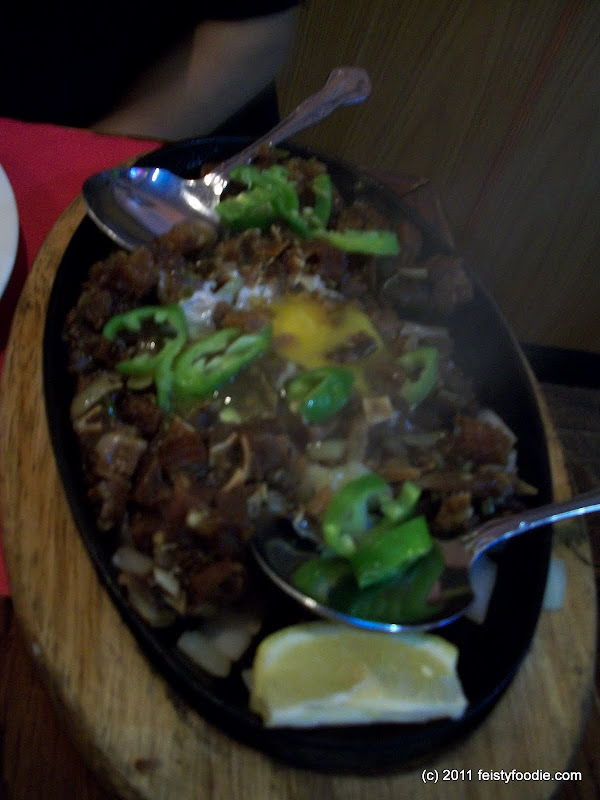 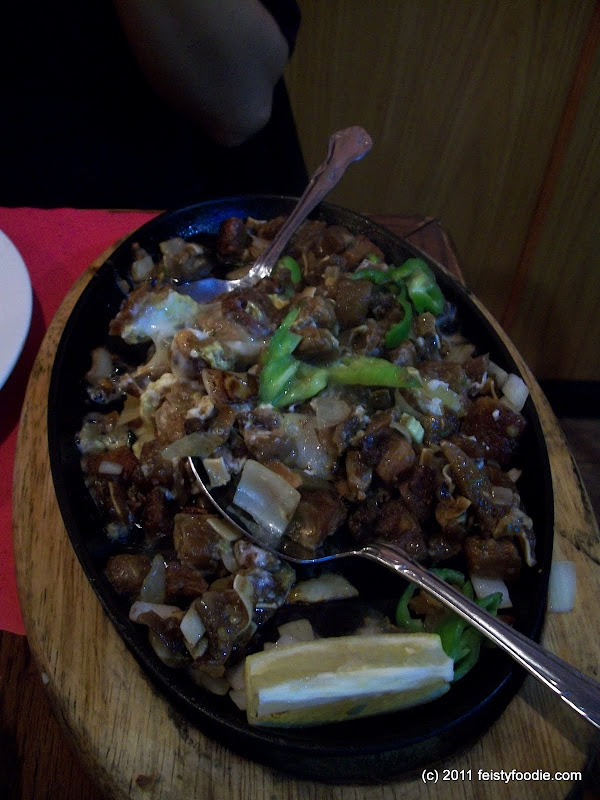 To counteract all of the pork, we also ordered one of the salads, Ensaladang Pipino ($5). This was simply sliced cucumber served with a special vinaigrette. Clean and refreshing, exactly what we wanted. 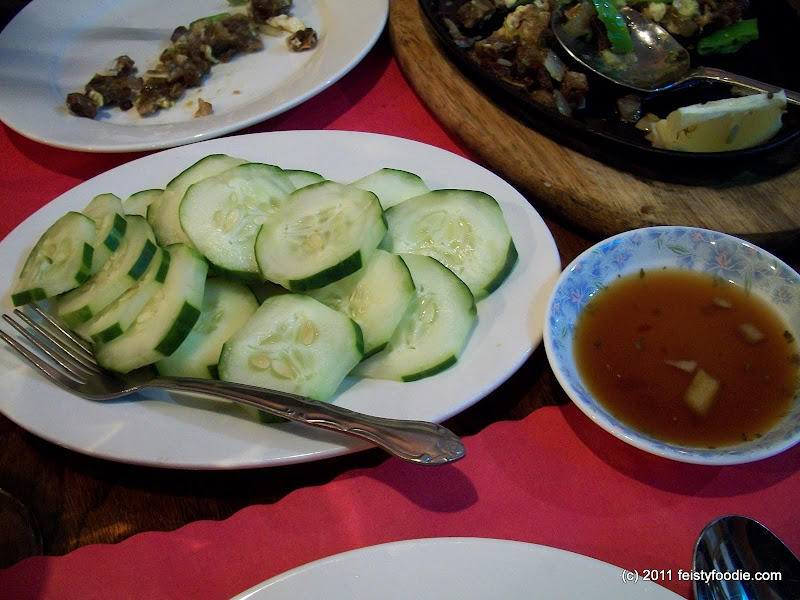 We also ordered one of the noodle dishes, Bihon Rice Noodle with Chicken & Shrimp. They offer a regular ($7) or large ($9), I think we ordered the regular. Since we weren’t very familar with Filipino food, we were a little surprised the noodles were served with some white bread. We didn’t end up eating the bread as we had too much food to eat already. The noodles were light and not very greasy, almost like lo mein. There wasn’t that much chicken or shrimp, but we didn’t need any more proteins. The veggies were good and plentiful. 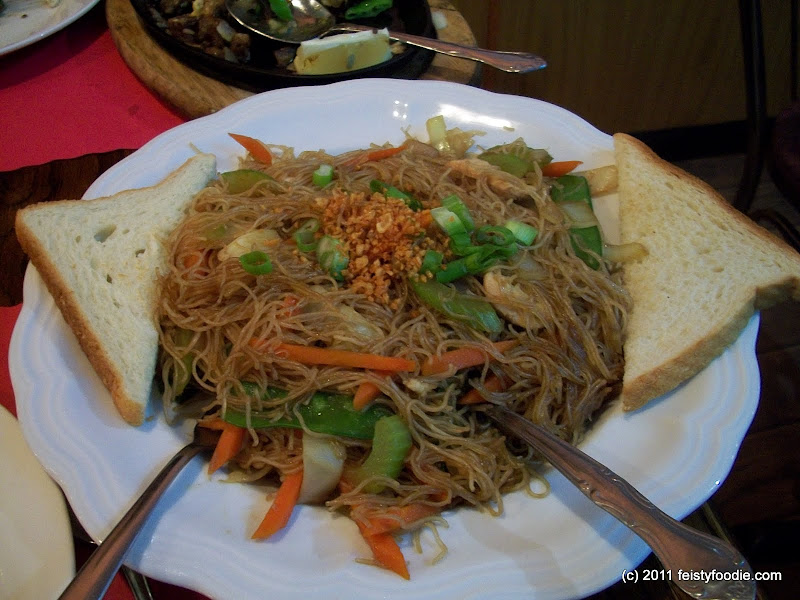 The MAIN EVENT: Crispy Pata ($12). A whole pig’s foot deep fried. It was quite the sight to behold. I was happy to see so much crispy skin! Although the meat was only lightly seasoned, if at all, the accompanying chili vinegar gave it some great flavor. The meat was nice and juicy and pretty much all of the fat was rendered out. The rendered fat and cartilage had that lip sticking aspect to it that you get from eating connective tissue. I couldn’t believe how cheap this dish was, so I didn’t feel bad about leaving some leftover. I would also order this again, but my cardiologist said I can only have it once, maybe twice a year. 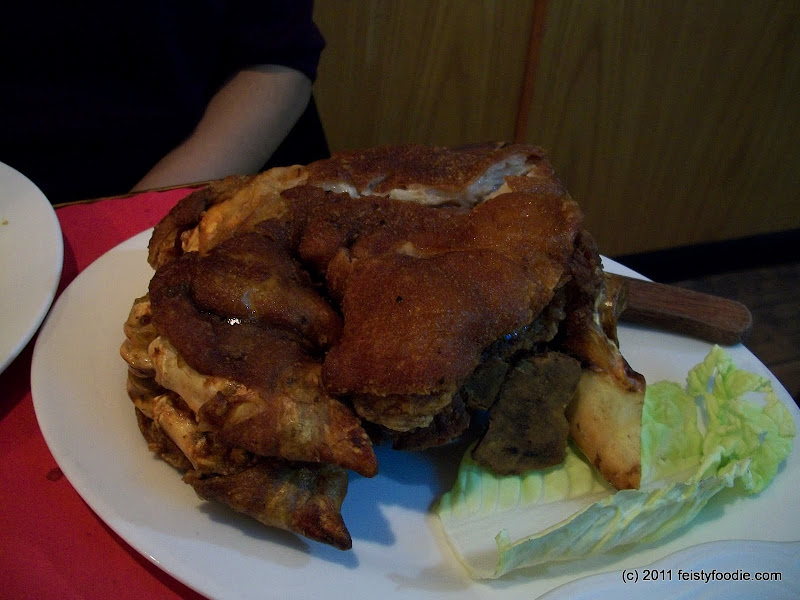 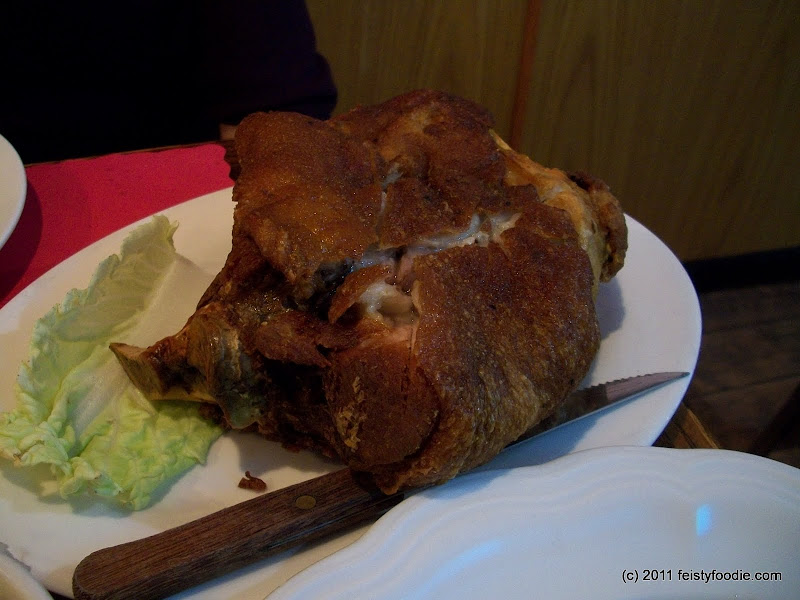 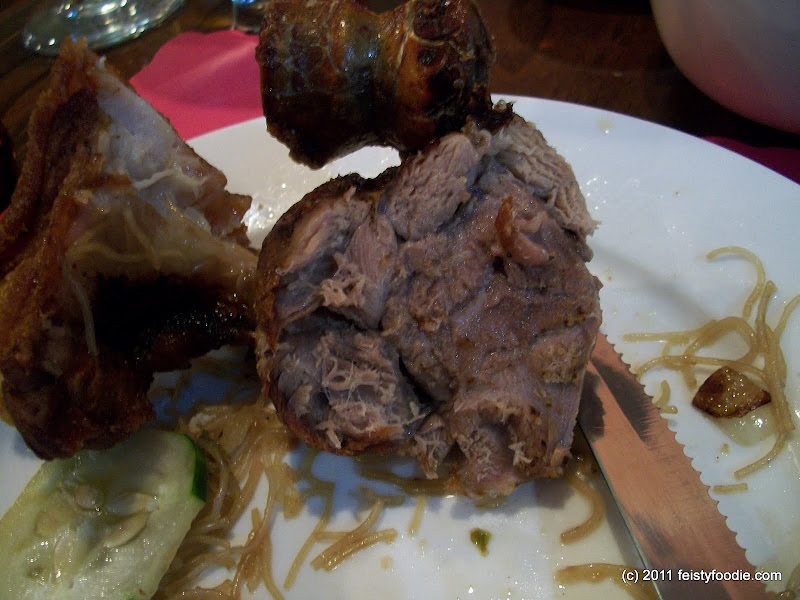 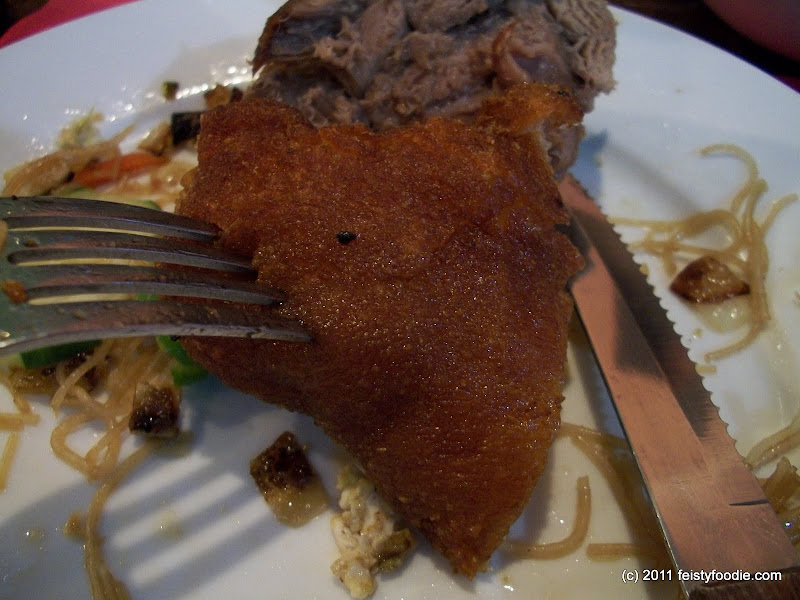 It was served with some rice. 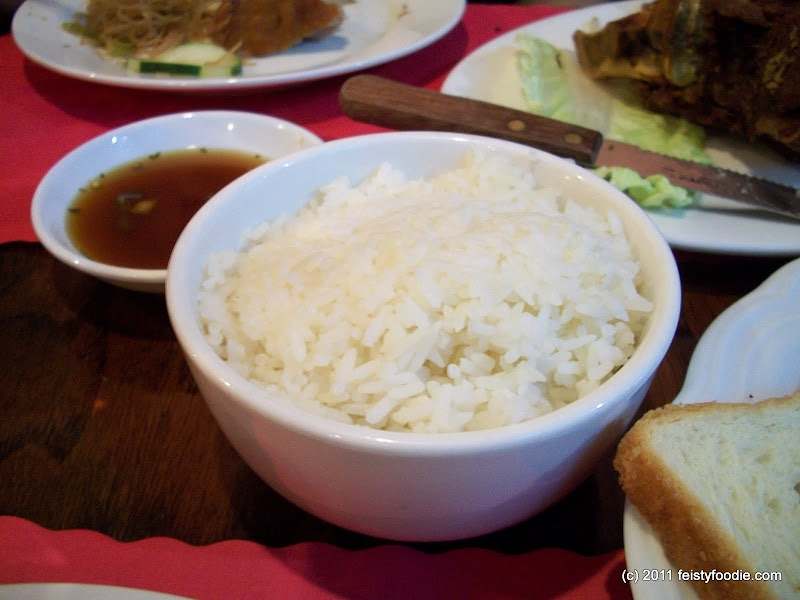 All in all, Sa Aming Nayon knows their pork! We were quite happy with all of the dishes, so much so that we inevitably overate and put ourselves in a pork-coma. It was also nice to have the gift certificate to save a few bucks. You should definitely check out the sisig and pata for yourself!