A couple years ago a new burger restaurant called Schnipper’s opened in the new NY Times Building across from the Port Authority. There was a lot of debate across the blogs about whether it was the new Shake Shack. The competition heated up when Shake Shack opened a new location nearby. The gauntlet was thrown once again, once Schnipper’s announced it would open a second location nearby the original Shake Shack in Madison Square Park. Take that Danny!

We have never made it across town to the original location, but when the second location opened we knew we had to give it a shot. I had off on Thanksgiving week and CT was working from home that day, so we splurge and headed down there for lunch.

The restaurant is a little hidden if you are walking over from Madison Square Park since it is on the north side of 23rd street across from Shake Shack. Further down on 23rd on the other side of Park is the dark horse, Fresh N Fast. I have never been, but doubt it will ever win the race.

The space is quite large with plenty of room for 5 or 6 cash registers and a line of people that won’t hover over the multitude of tables. We went during the prime lunch hour and there was a line, but it moved pretty quickly unlike at its neighbor. After ordering, they give you a number tag and food is brought to you at your table. 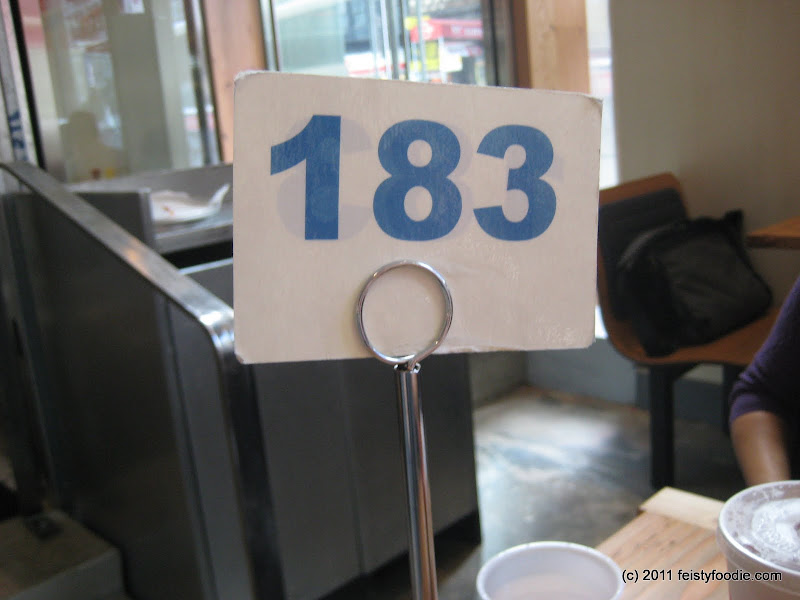 Schnipper’s has quite a large menu with a variety of different burgers, sandwiches, salads and more! We stuck to burgers and fries to judge how much of a competitor it truly was.

On hindsight, I realize I should have gotten one of the plain cheeseburgers in order to best compare against Shake Shack, but we shared two of their speciality burgers instead. 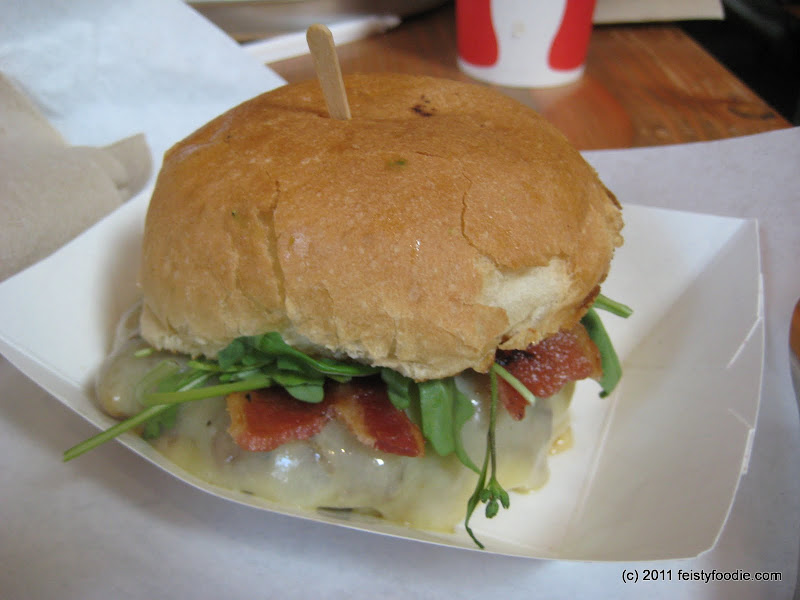 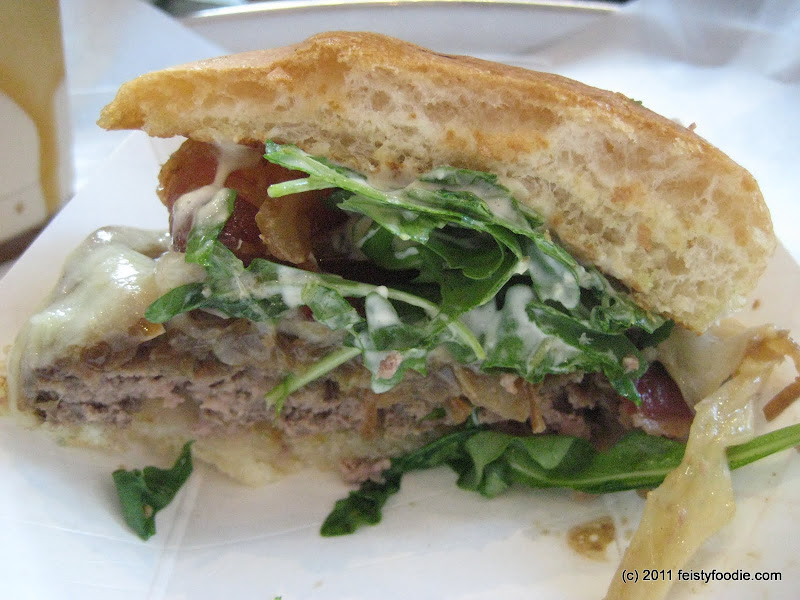 This was a good burger, but as you can see it had way too much cheese. The peppery arugula and sweet onions were the strongest flavors in the burger. The meat became an afterthought. There wasn’t that much bacon, but enough for a little taste in every bite. 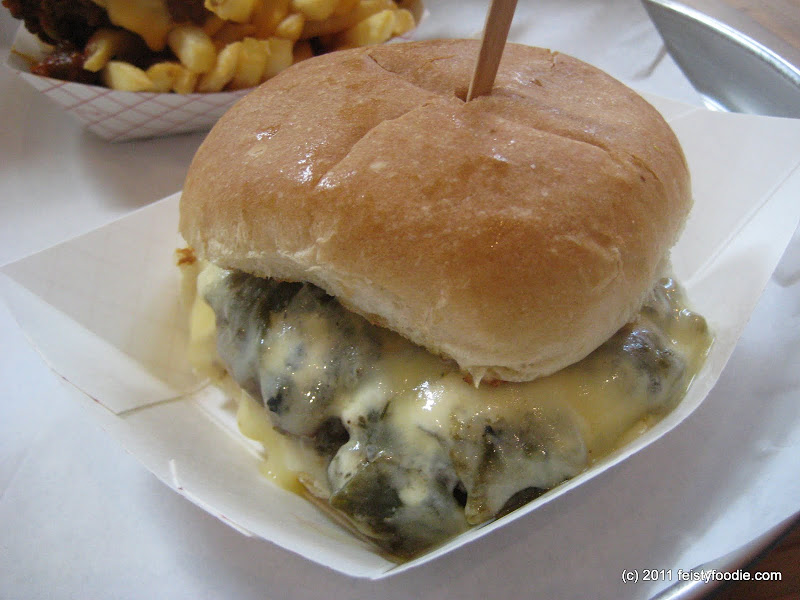 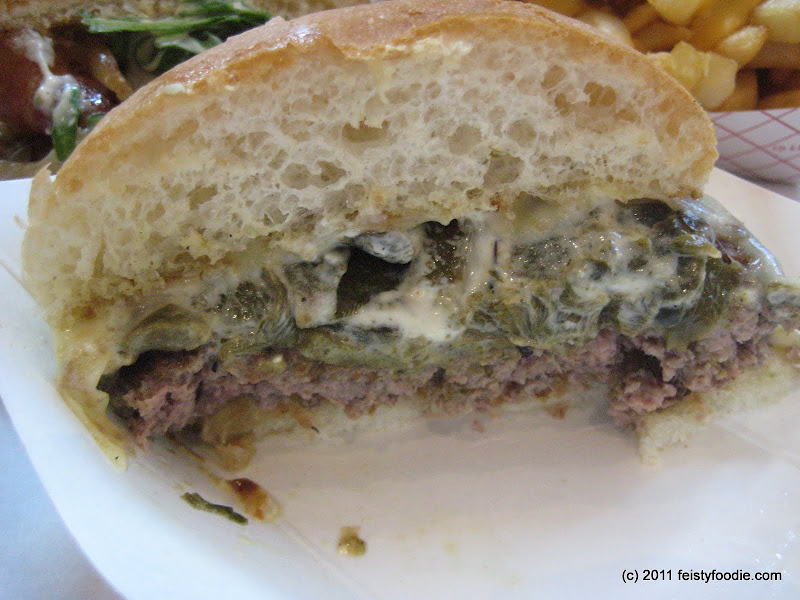 This was the burger I was most looking forward to trying since it isn’t on many menus in the NYC area. As with the other burger, this had way too much cheese on it. A lot glooped onto the tray when the burger was picked up. Fortunately the chiles had very good roasted flavor, but not much heat. I am glad I tried it, but probably wouldn’t get it again.

Our friend, Hungry, from Tasty Eating highly recommended the chili cheese fries. It turned out that the fries were topped with sloppy joe, not chili. Hence the name; Sloppy Fries ($5.99). They were indeed quite sloppy and really needed a fork to be eaten. We were a little disappointed because we didn’t realize it was sloppy joe and not chili until later. Call me a purist because I prefer plain old fries. I definitely like Shake Shack’s crinkle cuts more than these shoestrings. 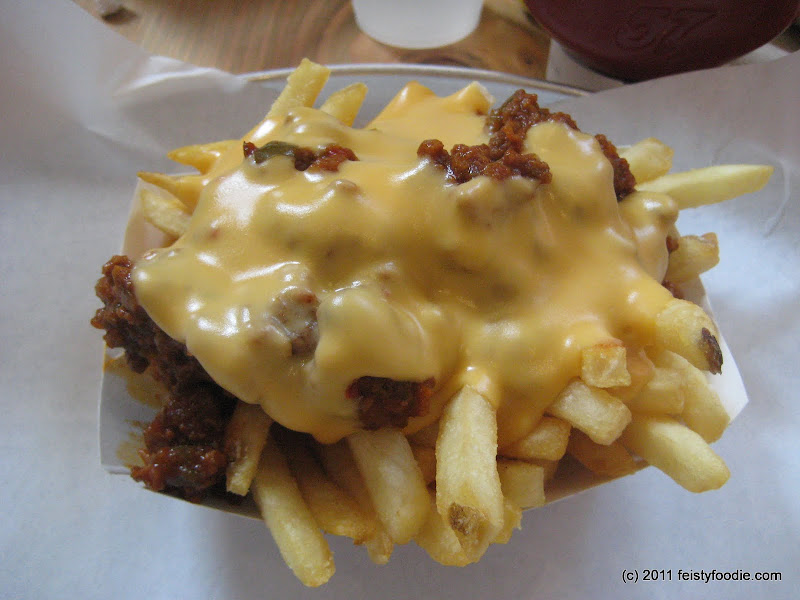 Schnipper’s also has quite a variety of drinks including many different flavored milkshakes. When I saw that one flavor was Salted Caramel ($5.50), I knew I had to try it. Along with Yvo, I appreciate good salted caramel. While the shake wasn’t very salty, I think the salt did a great job of toning down the sweetness of the caramel. I am enjoyed it but from what I am sure is a ridiculous amount of calories, I wouldn’t get it again. 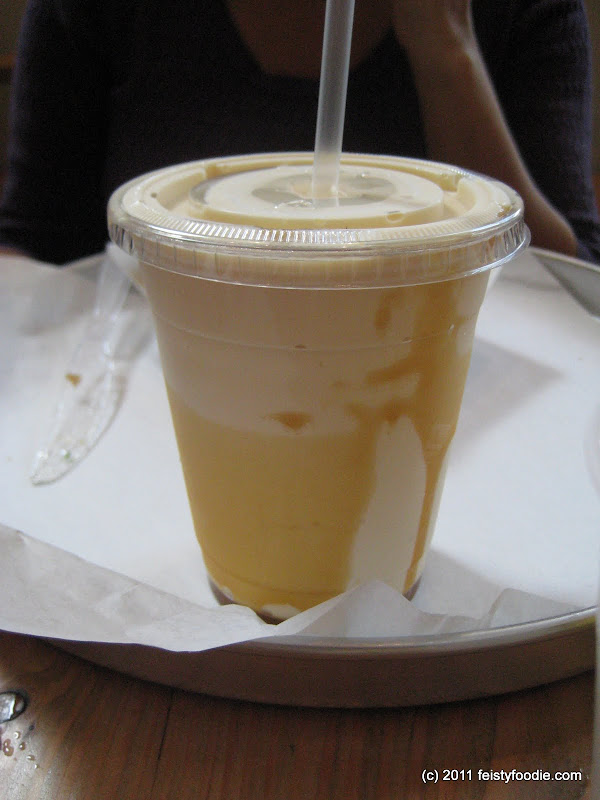 In addition to regular fountain sodas, they offer sweet and unsweetened tea, lemonade and LIMEADE! CT and I made ourselves an Arnold Palmer while we ate. It was quite good and refreshing. On the way out, I went back for a refill and tried unsweeted tea with the limeade. While Arnold Palmers have surged in popularity over the past couple of years, I don’t see the limeade tea bumping it off that pedestal anytime soon. 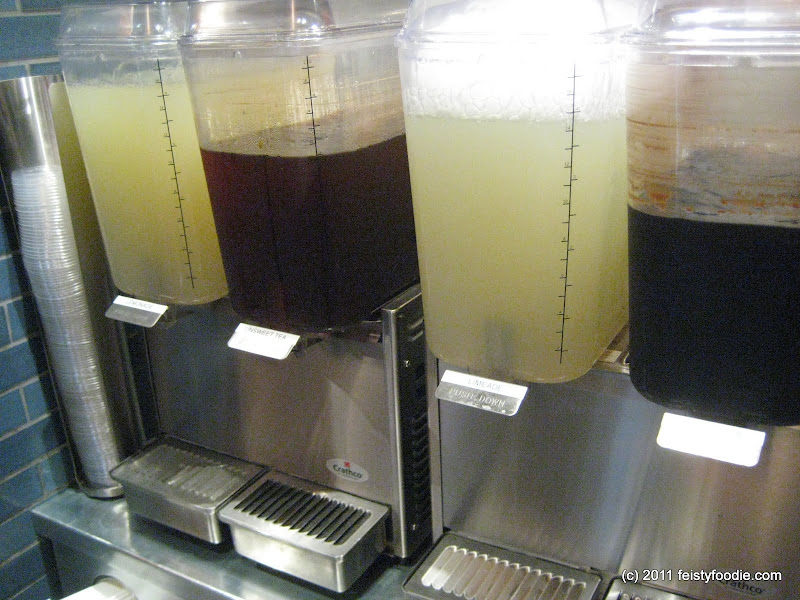 All in all, it was a pretty good lunch and first experience at Schnipper’s. While they quite an extensive menu, I still prefer Shake Shack in its simplicity. They let the burgers speak for themselves. That isn’t to say, you wouldn’t find me in Schnipper’s in the dead of winter instead of outside at Shake Shack.