This was not a date. 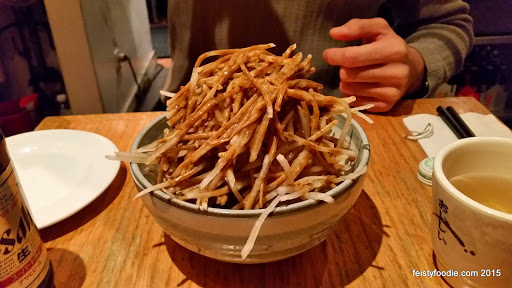 The day after Thanksgiving, Eric and I started off a long, long, LONG night of drinking by visiting one of his preferred ramen places. He suggested we start off with a refreshingly light radish salad that was a touch overdressed with sesame, but I enjoyed it… though I left behind a lot of dressing on my plate (as you can see in my next picture). 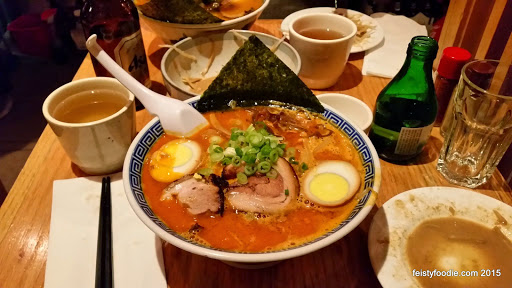 See the plate on the right? That’s all the dressing I left behind. I’m not entirely sure why I decided to follow Eric’s lead – considering he eats far, far spicier than I do – but I ordered the spicy pork ramen. The egg was disappointingly fully cooked through – I like my eggs runny or at least creamy in the middle! – but the broth boasted tons of flavor that washed over the egg and solved any dryness problems I had. I quickly began sweating, though I continued eating and enjoyed it. It was just at the very threshold of my spice tolerance, and I enjoyed living on the edge so to speak! The noodles were perfectly al dente as I like – you can customize thick, thin, wavy, wheat, whole wheat, etc. – and honestly, just a great bowl of ramen.