Y’all know I love baseball… well, over the 4th of July weekend, I wound up going to two games, two different stadiums. 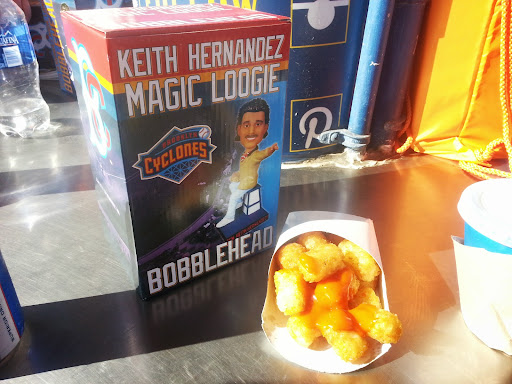 Months ago, Eric got tickets for a bunch of us to go to Seinfeld night at MCU Park. Magic Loogie bobblehead! Honestly I don’t really care for Seinfeld – one of the few people in NYC who doesn’t, I bet – but I like baseball, and it turned out this game sold out. And it was a pretty crazy day at the park… AND the Cyclones got their butts kicked sideways and upways and downways, I think the final score was 13-1 or something equally RIDICULOUS. Regardless, the above is a photo of Dessert Zombie and my “buffalo tots” or tater tots with a healthy dollop of buffalo wing sauce (tasted like Frank’s Red Hot to me). Crisply fried, pretty good. I like. 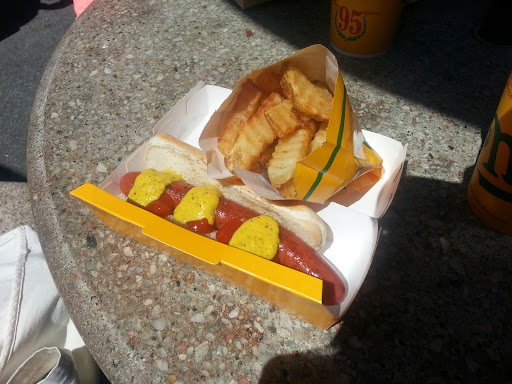 Before the game, I got a kid’s meal at Nathan’s – hot dog, fries, a drink and a toy that I handed off to someone else. As always, the hot dog is good. The fries are crap (I don’t like crinkle cut mealy fries), but eh. It’s potato, I’ll eat it. 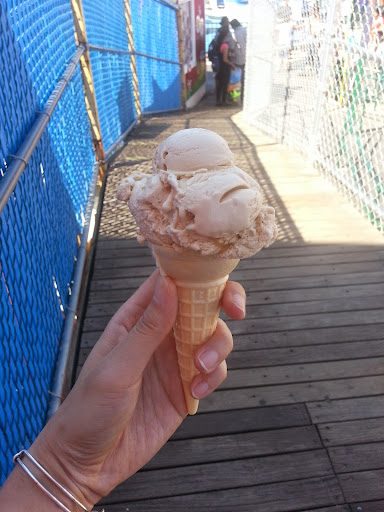 Dessert Zombie and I also got ice cream from some place on the boardwalk whose name escapes my memory. Dulce de leche for me. It was good. 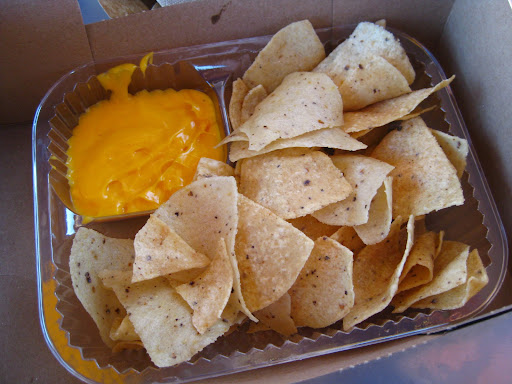 I also tried to get nachos; first the cashier told us they were out of cheese, but another guy came over and said “What? No we’re not, I got this” and scraped the dregs of cheese out of the thing for us. I really wanted to say “Um, NO” because that doesn’t even fill half the cheese cup, and when he charged me full price – I was pretty annoyed. I didn’t even want it at that point. Worse, he accidentally charged my card twice, then told me he couldn’t refund my money because he didn’t know how “Do I just want another order of nachos?”

NO, no I do NOT, you don’t have any cheese left and just… ew. A supervisor happened to be walking by and refunded my money in cash but I was thoroughly PISSED OFF at this point, where I wanted to ask for all of my money back and just give the nachos back, but I decided to just suck it up and eat them.

Pretty bad decision… as the chips were super stale, like they’d been sitting out for a good long while. 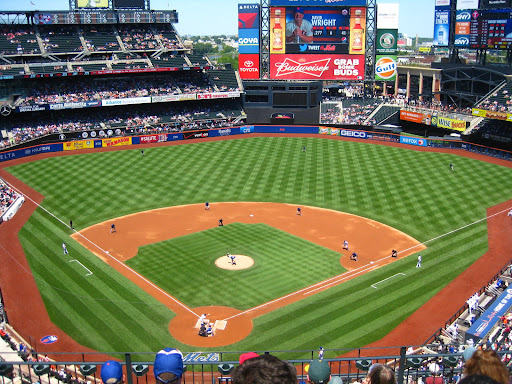 The next day, I went to watch the Mets kick butt against the Texas Rangers. My view! One of my favorite views. 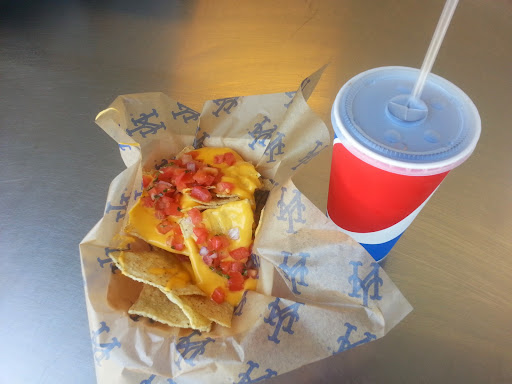 … and to redeem those horrible nachos I had at MCU Park, I got one of my favorite Citi Field snacks – from the Nachos Grande stand – nachos with cheese and pico de gallo, with a free Pepsi Max. (Sign up to be a designated driver, and get a voucher for a free soda.) 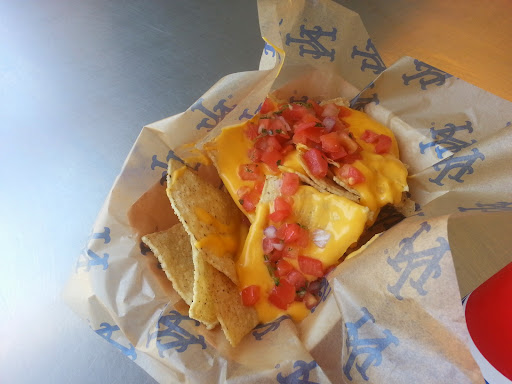 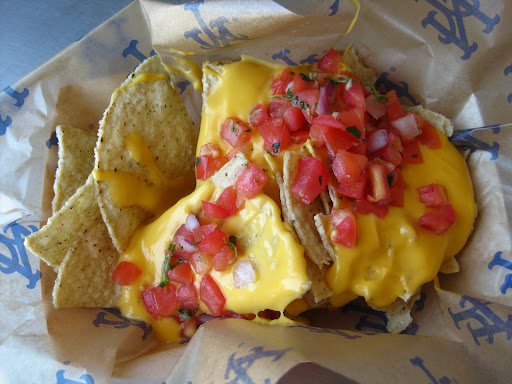 Look at that. Totally made up for my crappy nachos at MCU Park.

… and I’m writing this after spending what has to be the most incredible day EVER at Citi Field. Full recap to come, but here’s a hint. And that’s all I’ll say.