As I mentioned, I have been on a real Malaysian kick lately. I suggested one night that we head to Satay, where I’d been once very many years ago, and DLS was game for the quick drive from my place to the East Flushing location. 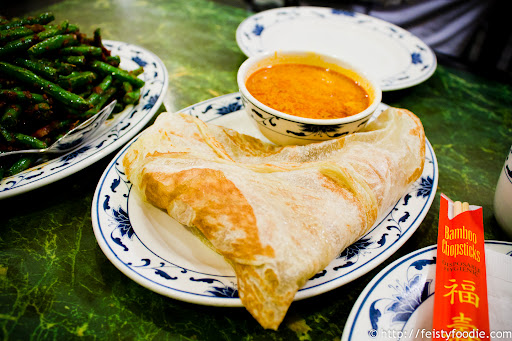 Our meal started with an order of roti canai, a thin, crepe-like pancake that, when done well, is chewy, soft, but crispy in spots. This was definitely a very good roti, served with a side of slightly spicy curry for dipping. 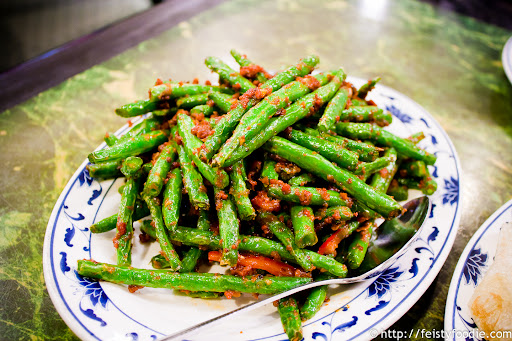 For veggies, we ordered green beans with belacan, a dried shrimp paste that is extremely fragrant and almost fishy-smelling.  The green beans were cooked perfectly – slightly crisp, but cooked through – and the shrimp paste added a really nice dimension to the dish, a bit of umami and the pungent taste was great. 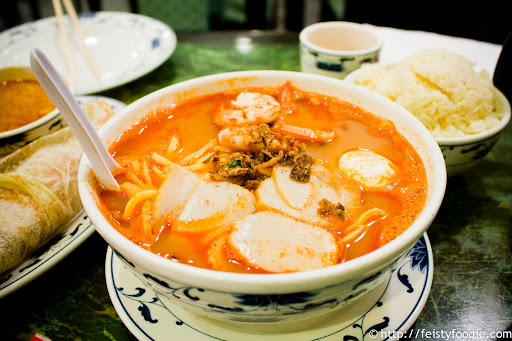 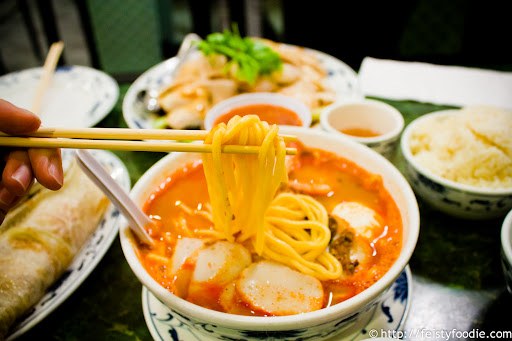 DLS mentioned always wanting to try ‘har mee’ (also known as udang mee), so we ordered this. This was the only miss of the night – neither of us liked it that much; though it wasn’t particularly spicy, it also wasn’t particularly flavored strongly. I had a little bit and relinquished the rest to him. 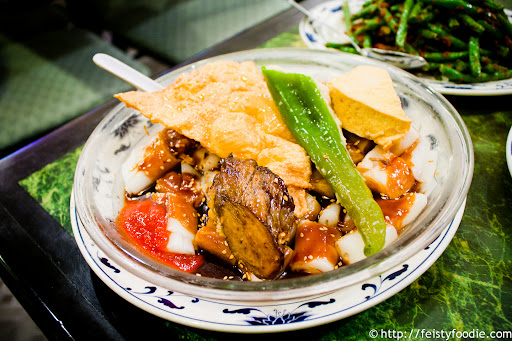 One of the dishes I’d long remembered from my first visit to Satay was the Malaysian cheong fun, which essentially is rolled rice noodles served with a delicious, slightly sweet sauce, a bit of hot sauce on one side, and a piece of eggplant stuffed with fish paste, a long okra stuffed with fish paste, a piece of tofu stuffed with fish paste, and this interesting crispy bit. While I really like the slippery noodles with the sauce, the eggplant was tasty, but the okra and tofu didn’t really add anything to the dish. I think I would be just as happy – possibly happier – getting this as a street cart dish with fishballs (Cantonese style, in Chinatown) instead of at a restaurant.  Does anyone know where else I can get this – I’ve only ever seen it on the menu at Satay? 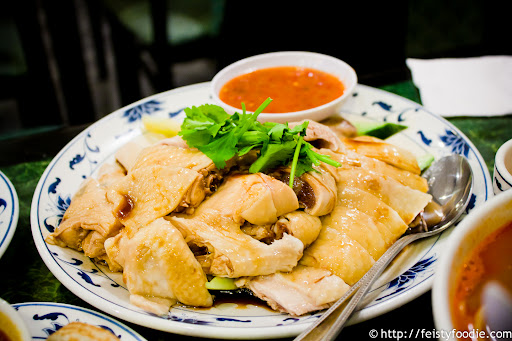 At the last minute, I added a half a Hainanese chicken to our order, just to try it and be able to compare to other Malaysian restaurants. (Yes, one of the reasons DLS is a great dining companion is his ability to not hesitate and agree when I ask if we should order another dish, even though there’s only two of us and we’ve already got a LOT of food.)  The chicken was smooth, sweet, and balanced perfectly with the sweet soy sauce on the bottom of the plate – very juicy, tender chicken.  Yum.  I almost wish I had more stomach room to eat more of this… 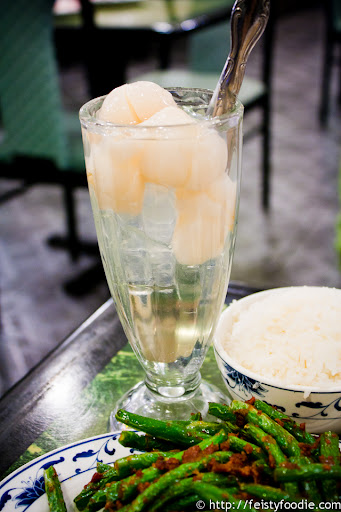 DLS also ordered a lychee drink, and myself a soy milk. Both were good. 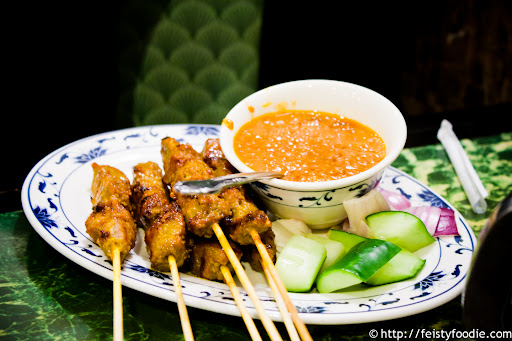 The last dish to come out was satay, which I found super tender – not like jerky at all, which sometimes I find satay can emulate when overcooked or over-marinated.  I was impressed with just how tender it was, though as it cooled, it began to toughen up a little bit.  The peanut sauce was delicious as well.

We wound up taking a lot of the food to go, but the server (who I think might have also been a manager) was pleasant about it and did a really good job packing it all neatly – including all the sauces – in a bag so that it wouldn’t spill on our drive back.  Really friendly and pleasant service, though the place was only starting to fill up when we were leaving around 8pm on a Tuesday.

Yvo says: Everything we ate was enjoyable (though I didn’t like the har mee that much), and I would have no problem returning. I might opt to get the cheong fun somewhere else, but all the other Malaysian dishes were delicious – and I really want to try their rendang as well!  I’ll be back.
recommended