Last month, the major NYC food blogs announced a special “Singapore Takeout” event taking place in the Meatpacking District. Over the course of a weekend, various chefs would be preparing different Singaporean food samples for attendees to try. Unfortunately, you had to register to win tickets to attend. Fortunately, CT won tickets!

We headed over to Gansevoort Plaza late on a Sunday morning for the first seating of the day. I prefer going to The Meatpacking District during daylight hours as pretentiousness seems to be allergic to sunlight, for the most part. The kitchen was actually a converted shipping container that makes it a lot easier for this event to travel around the world. Next up is Delhi, India then Paris, France. 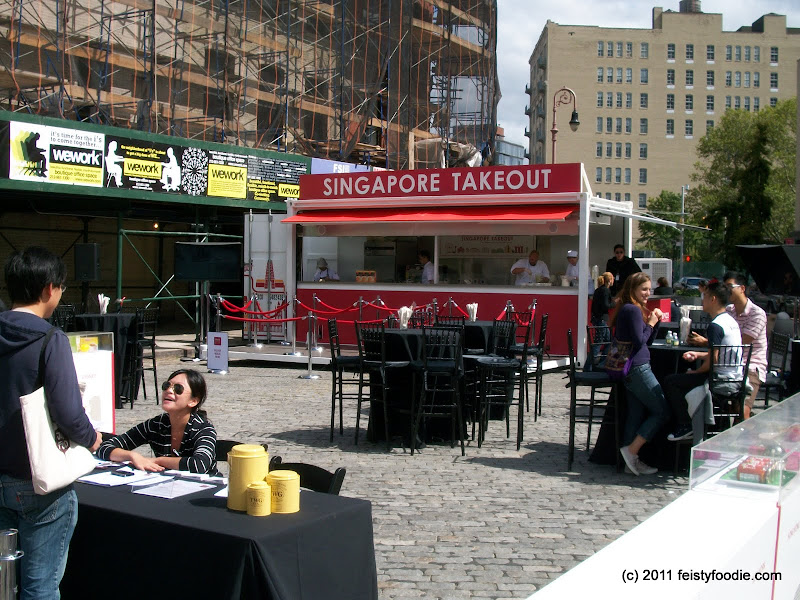 There were two chefs cooking; Malcolm Lee of Candlenut Kitchen in Singapore and a local chef, Anthony Ricco of Spice Market. Here is the menu they were offering.

Unfortunately, we had to choose only one of the three items available. I thought we would at least just have to pick which chef and if he happened to have two dishes, so be it. 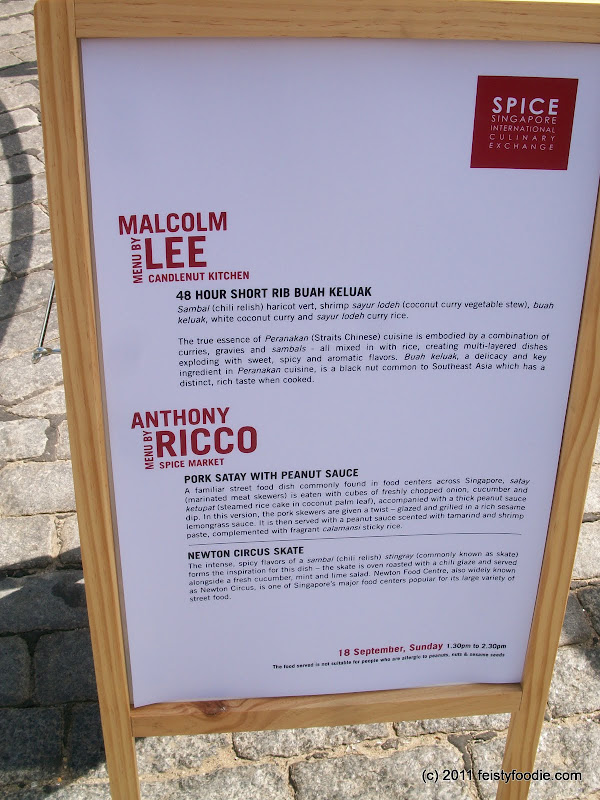 We lined up with our tickets and got to see inside the kitchen as we walked over to the counter. Here is Chef Lee. 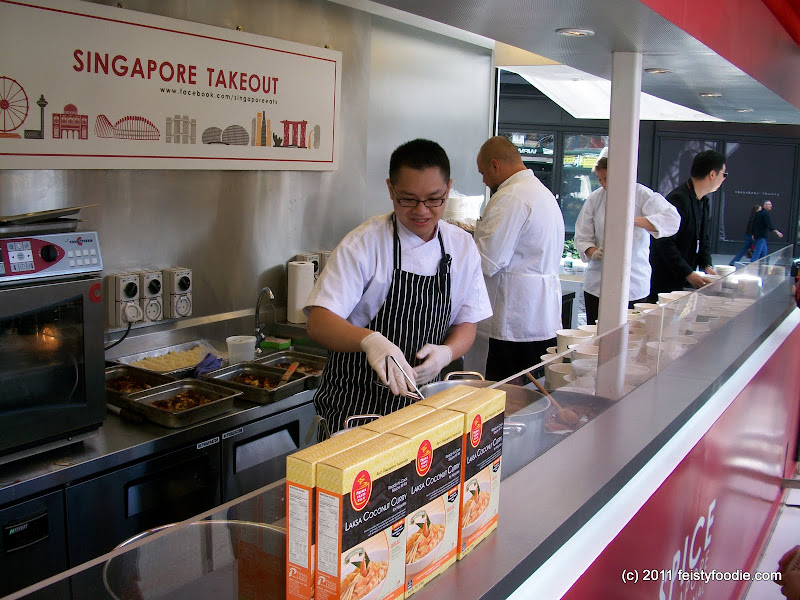 I think that sauce went with the short rib(which we didn’t get). If only we saw it before we decided what we wanted. 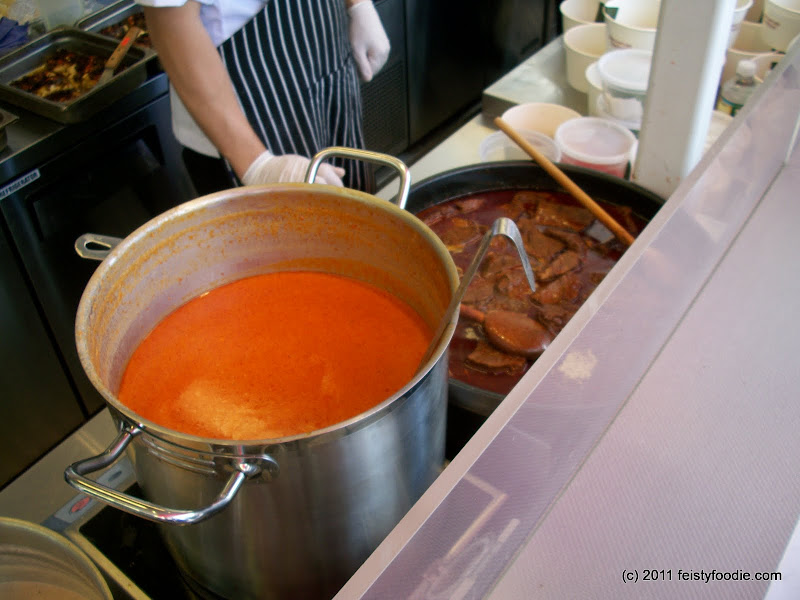 The pork satays on the flattop. 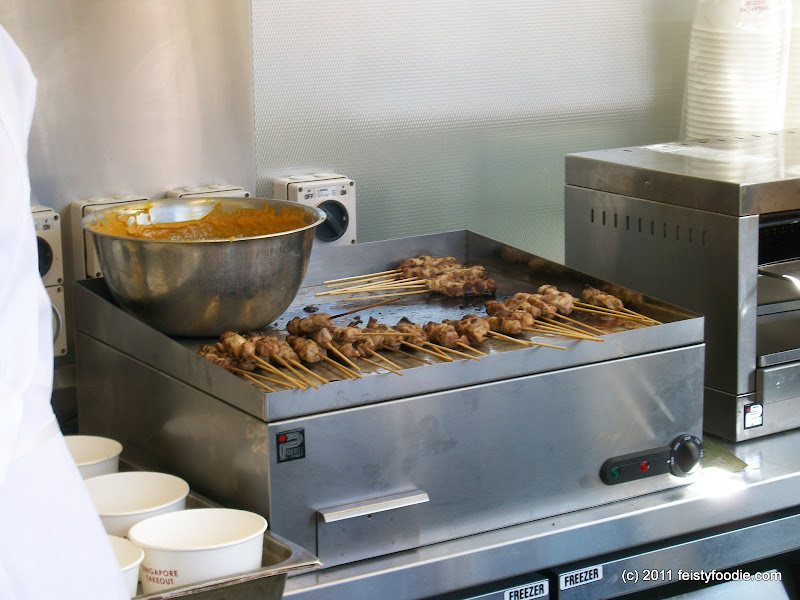 We decided on the Pork Satay with Peanut Sauce and the Newtown Circus Skate. 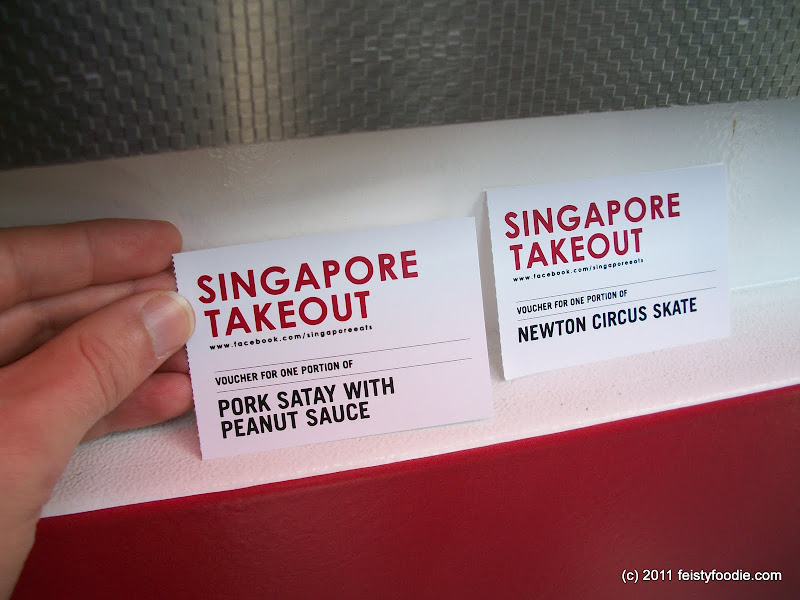 The satay consisted of four nicely sized skewers. The sauce was nice and peanuty as expected. Fortunately the pork wasn’t overcooked from sitting on the flattop. 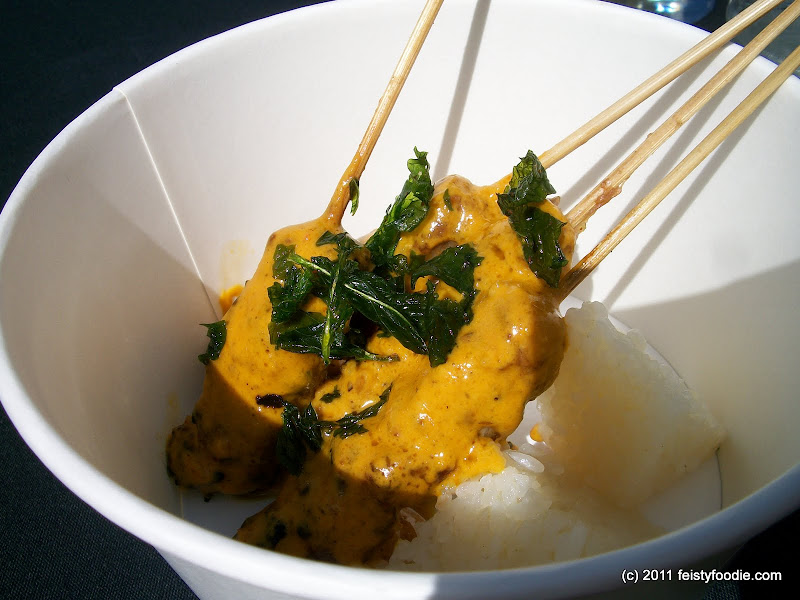 The skate was quite interesting. Most times I have eaten it, it had been fried, so this was a nice change of pace. I think it was poached. The flavors were very unique and interesting. Unfortunately I felt the fish was a little undercooked for my preference. 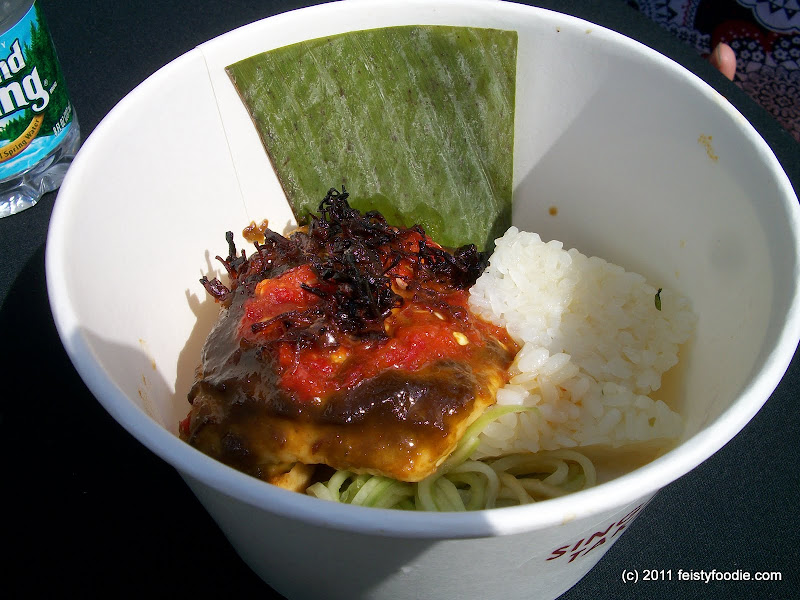 CT says: I actually enjoyed the fish quite a bit. I was surprised by the large portion sizes but ate my way through a good portion of it. It was moist and very flavorful. I wish there were more Singaporean places around NYC. We actually sat with a nice Singaporean guy and asked about his favorites… he gave a few suggestions but overall noted that there were not very many good places around. Sad!

Here is a pic of the back of the kitchen which shows that it indeed used to be a shipping container. 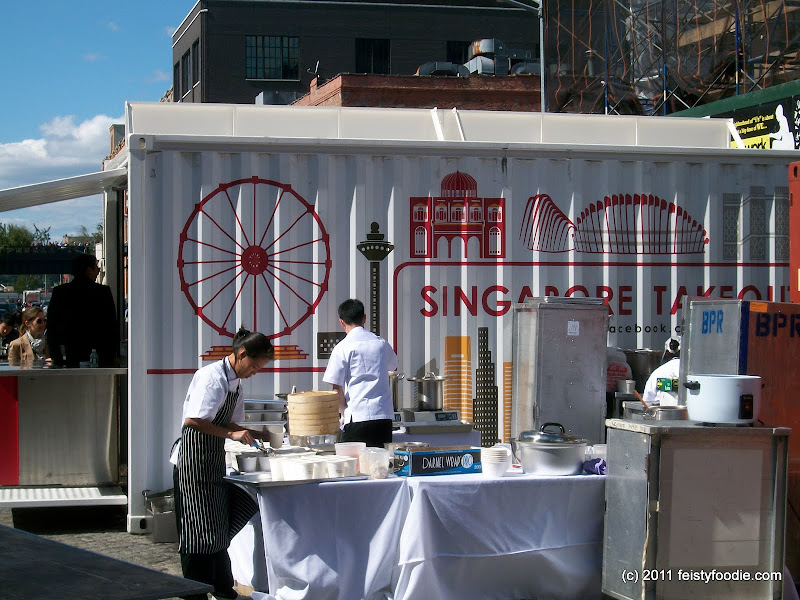 All in all, this was a nice little event to attend. The portions were larger than expected for something that was totally free. There isn’t much Singaporean food available in the NYC area. I wonder if this event will push someone to open a Singaporean restaurant? I would definitely try it out. Do you know where we can get some good Singaporean food?