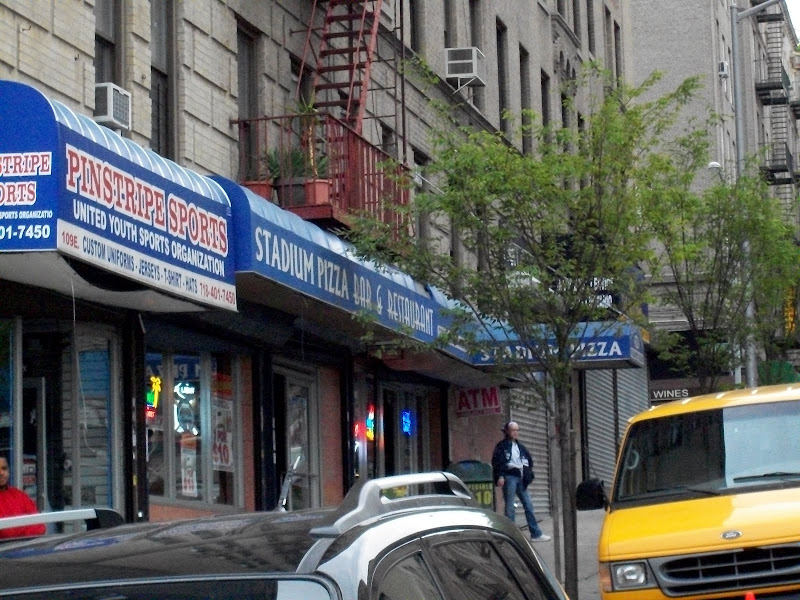 My second Yankee game of the year and the first with CT. She was supposed to go with me a couple weeks ago, but got sick. She was convinced that she was cursed from going to a game at the new stadium, since she also tried to go last year. If we were both able to leave early enough, I wanted to check out the “secret cheap bar” near the stadium that I haven’t been to in a while. A couple years ago my buddy took me here because they have 3 beers for $10. Considering inside the stadium that 1 beer is $10, it is quite the deal. I was a little worried the place wouldn’t be around since it is closer to south end of the old stadium and now farther away from the new stadium. I didn’t get a chance to go last year during the inaugural season. Luckily, it is still there and still has the 3 for $10 deal. You have your choice of Bud Light, Corona, Presidente, or Heineken. 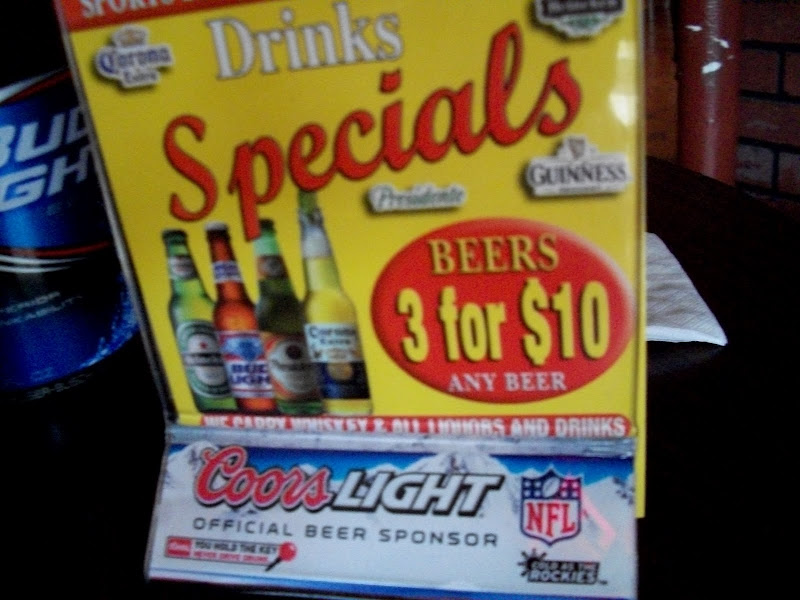 They also offer a variety of food. Everything from hamburgers, hot dogs, and pizza to different Latin foods. I have had the “American” food before and it is not good, but still edible. The Latin food is the star(as expected in the South Bronx). 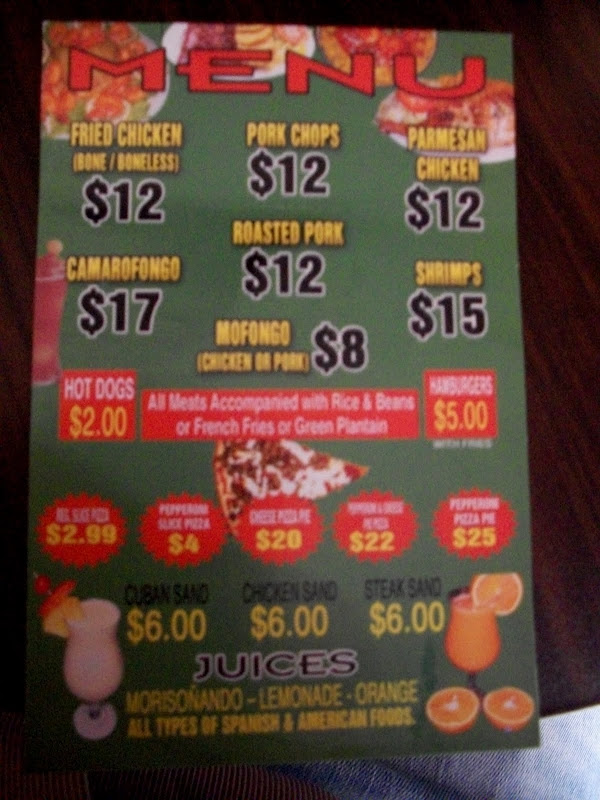 I had the Cuban sandwich before and it was very good. You can’t go wrong with the amount of garlic and butter that is on it. Once again it didn’t disappoint. For $6 it can’t be beat. Now that I think about it, I didn’t notice any pickles on it. It would have been better with that acid, but still quite yummy. 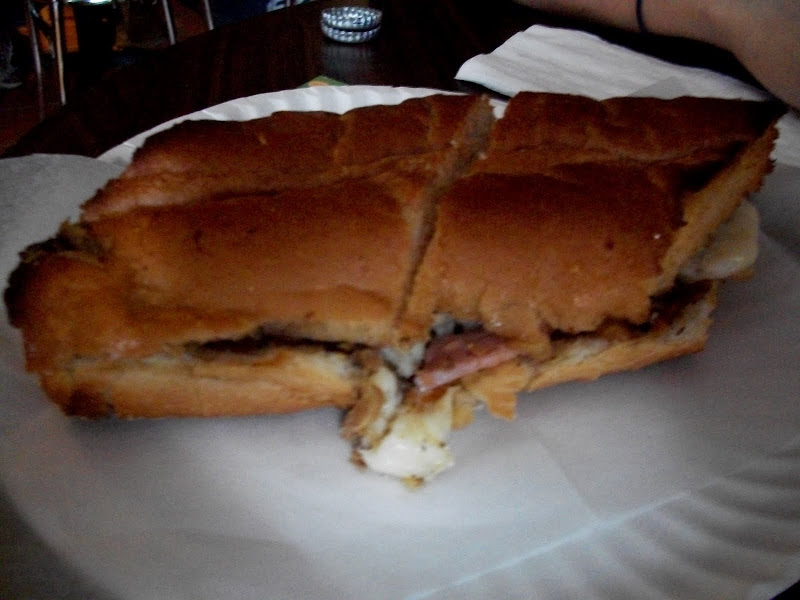 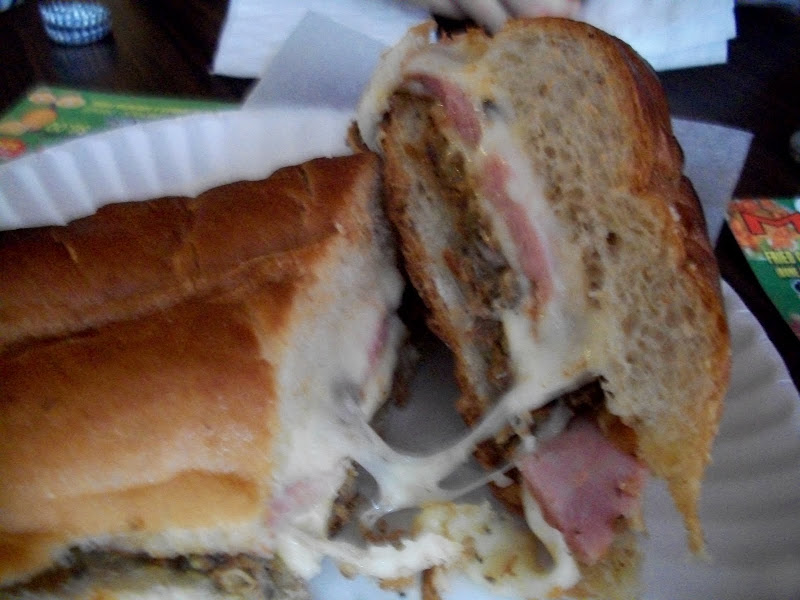 We also ordered the Chicken Mofongo. I had seen Mofongo on different cooking shows but never had it before. Mofongo is generally made from fried green plantains, which is mashed together with broth, garlic, olive oil, and pork cracklings or bits of bacon. It is often filled with vegetables, chicken, crab, shrimp, or beef and is often served with fried meat and chicken broth soup. Basically it was mashed up plantains and garlic topped with pulled chicken. It was delicious and cheap, only $8. The different textures really worked well together. I am glad we ordered it. 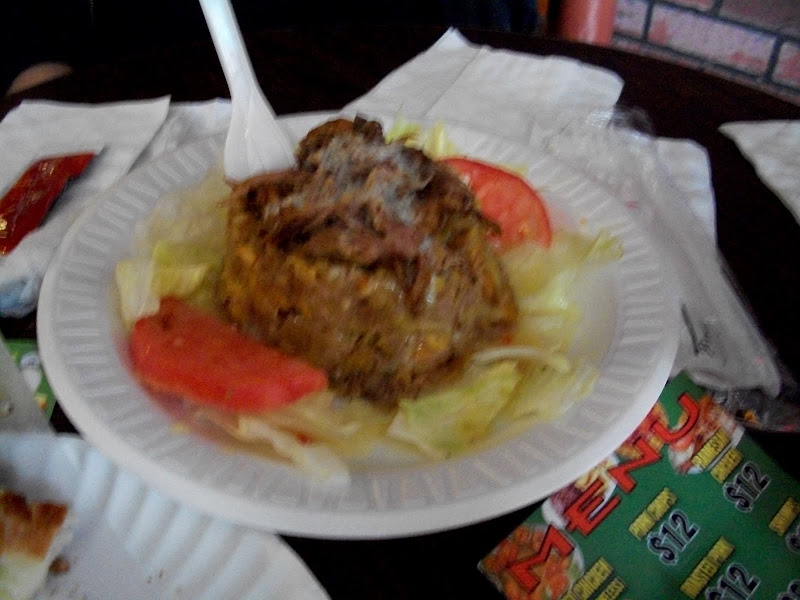 Luckily, the weather held up at the game. Unfortunately, A.J. Burnett didn’t have it that night and we ended up losing 10-6 to the Rays. At least we lost to the current best team in baseball. I love going to a game whenever I get a chance since it is so easy to get to the stadium on the 4 train. It was a good time despite the loss and I was happy to show CT the new Yankee Stadium. 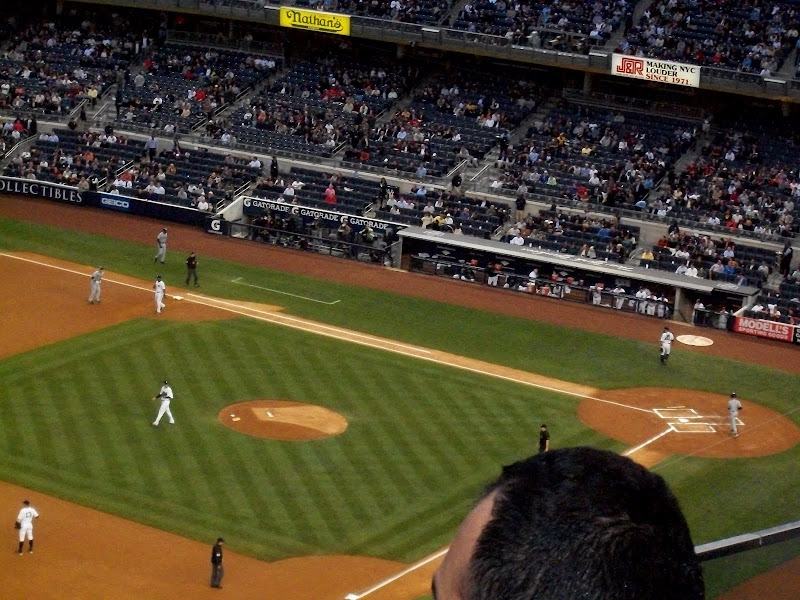