Since Yvo has been traveling for what seems like months and months by now, I have been able to take advantage of the different events she gets invited to. One such event was organized by Alejandra from AlwaysOrderDessert at the New York Botanical Garden. The NYBG has a summer exhibition going on called The Edible Garden. They are hosting different chefs and farmers for presentations on growing and preparing good food. Some famous chefs have even setup their own gardens on the grounds, but more on that later.

I had never been to the NYBG, but heard really good things. It is a quick 20 min trip up to the Bronx on Metro-North. The train station up there is right across the street, which added to the ease of getting there. The garden is HUGE, 250 acres. Walking through to get to the visitor center, you really forget that you are still in New York City. It was so quiet and serene. 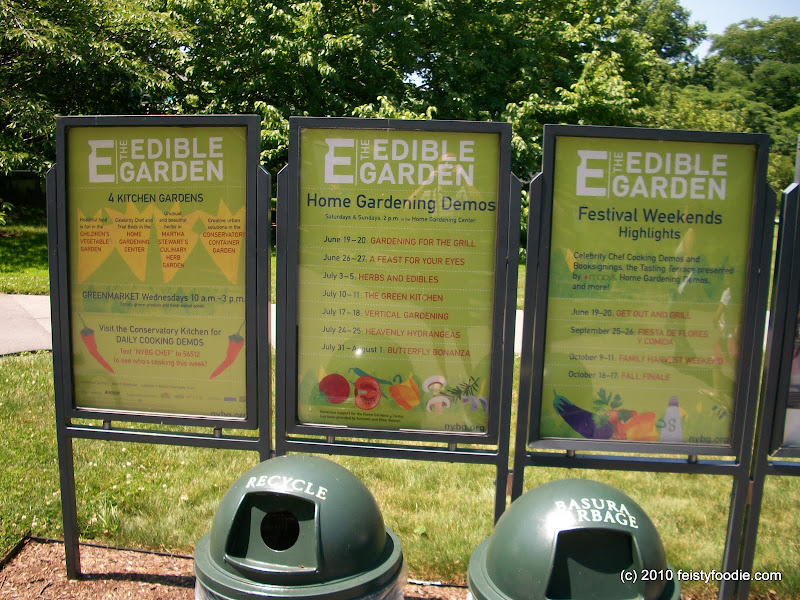 After meeting up with Alejandra and the other bloggers, including Midtown Lunch friend, Esther from AmbitiousDeliciousness, we proceeded into The Edible Garden for the talk by Dan Barber of Blue Hill and Blue Hill at Stone Barns. Dan is well known for his use of farm to table ingredients at his restaurants. Yvo had a great meal there last fall.

The Visitor Center and Shop 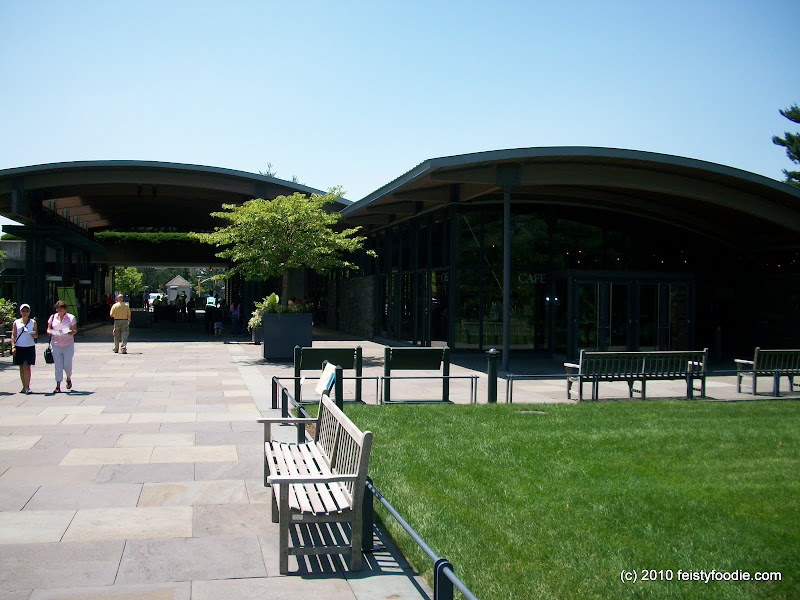 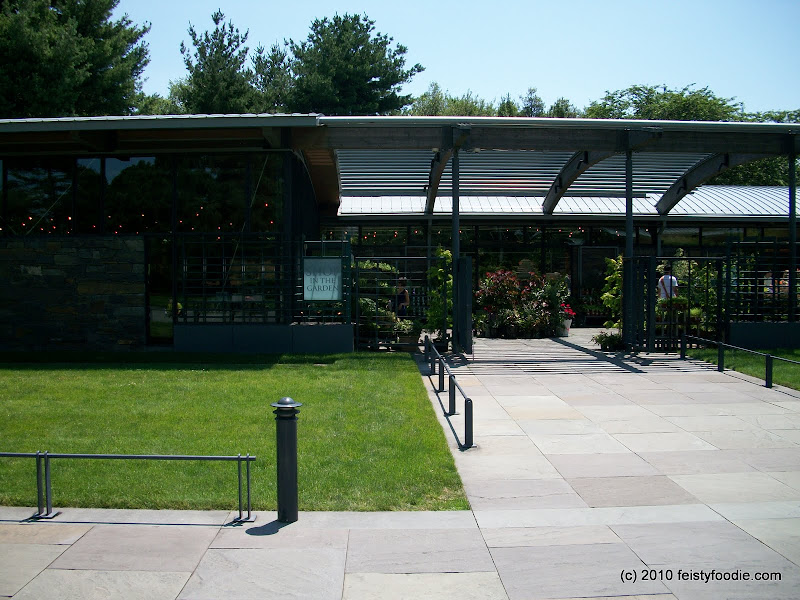 I had heard Dan talk before at an event of the New York Public Library, so I knew that he was a good public speaker. The farm manager at Stone Barns, Jack Algiere, was in the audience and Dan actually got Jack to do more talking about farming methods since Jack is the pro. It was an interesting talk about organic growing methods. 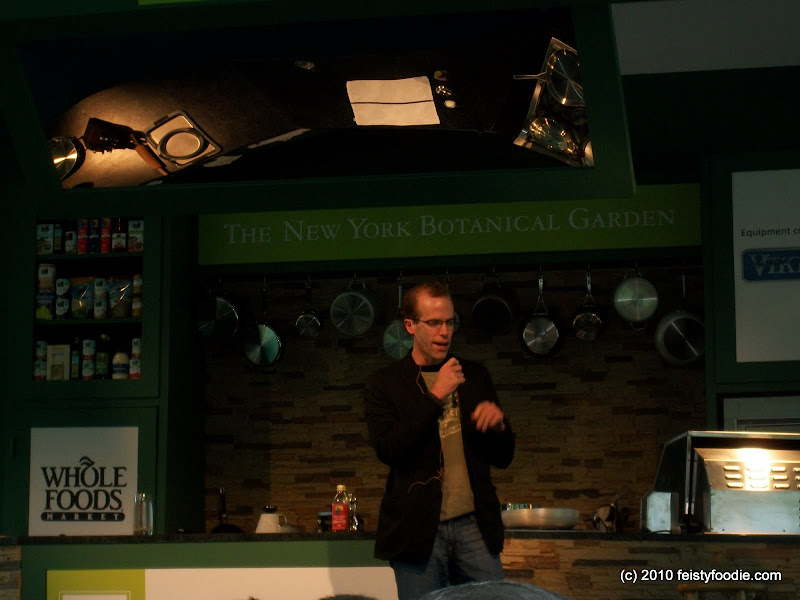 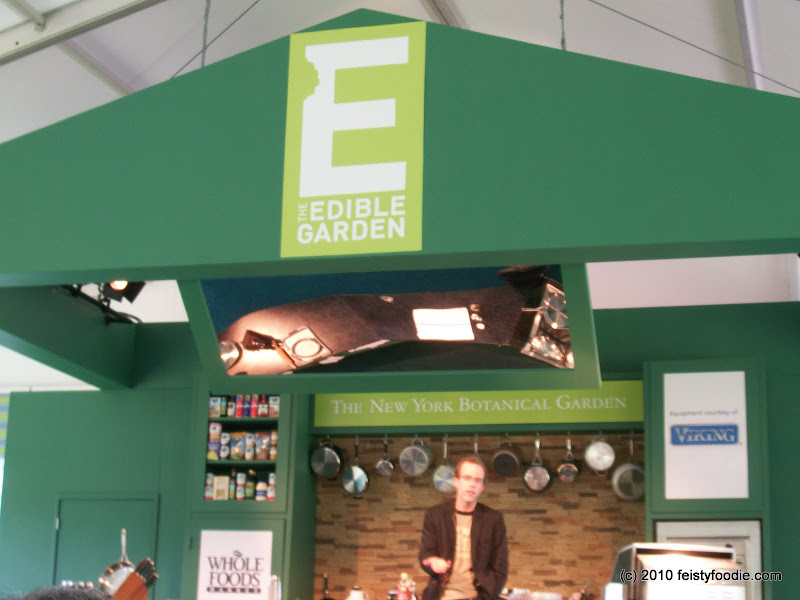 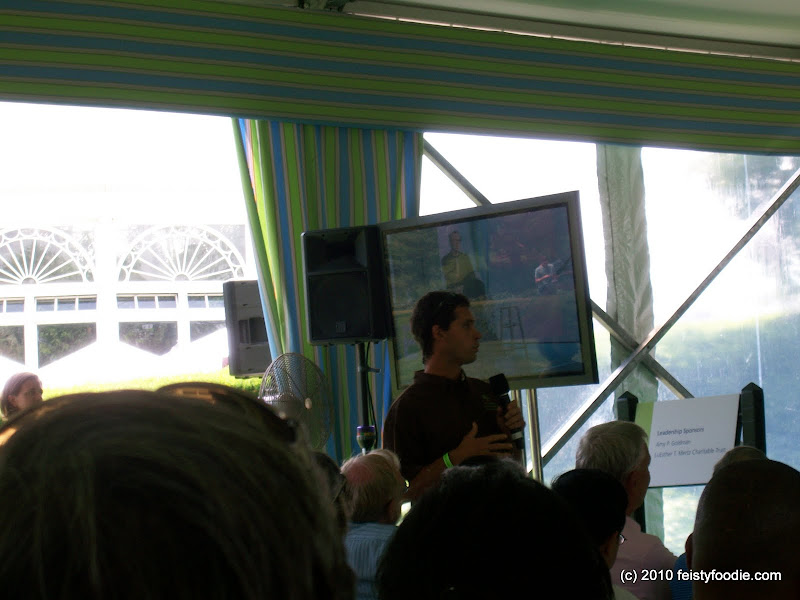 After the talk, the group headed over to the cafe for lunch. Catering is provided by Abigail Kirsch, who is a very well known local caterer. There was a wedding going on in the event space behind the cafe, which added a nice soundtrack to our meal.

I got a Chimichurri Beef Baguette and a Blondie for dessert. Although the sandwich was pre-made, it wasn’t very soggy. Unfortunately, it was a pretty bland sandwich. It was more of a generic roast beef sandwich. 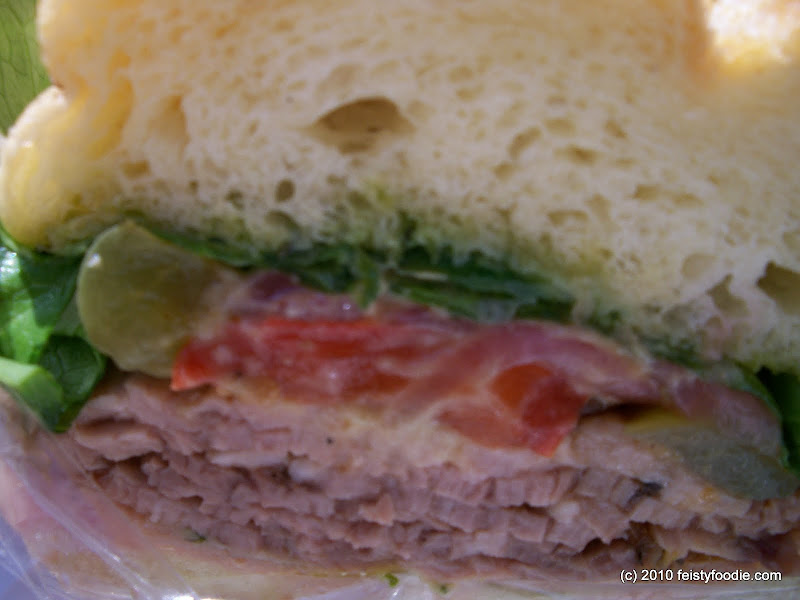 The blondie was tasty with real strawberries baked in. 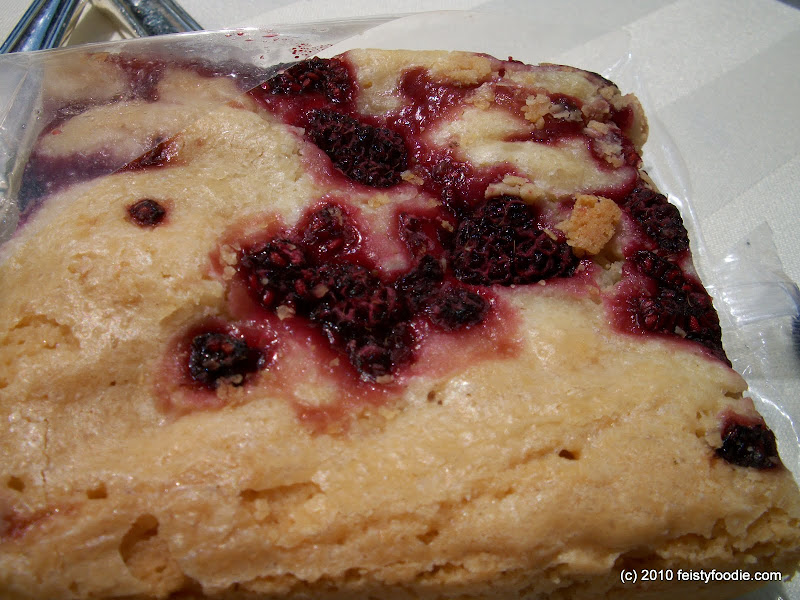 After lunch, I walked the grounds. One of the cool things I found was that the audio tour is available by calling a phone number from your cell and pressing the corresponding code. 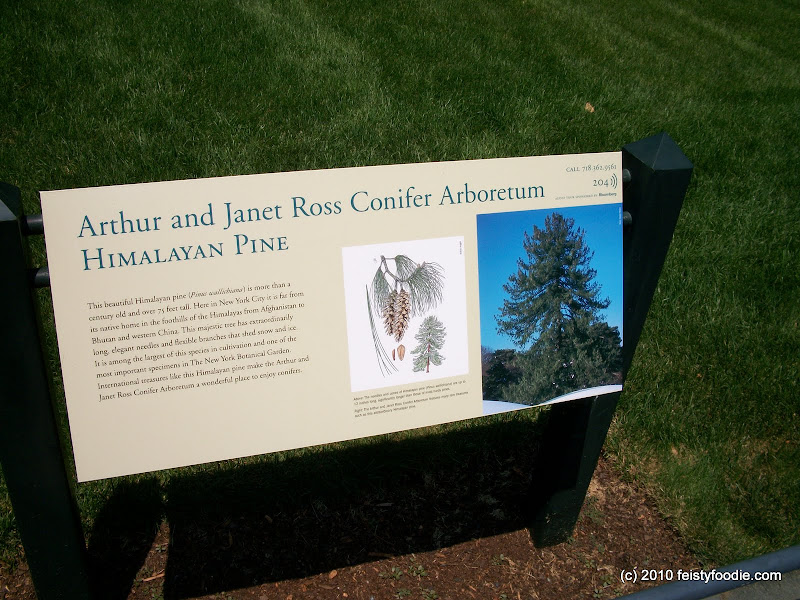 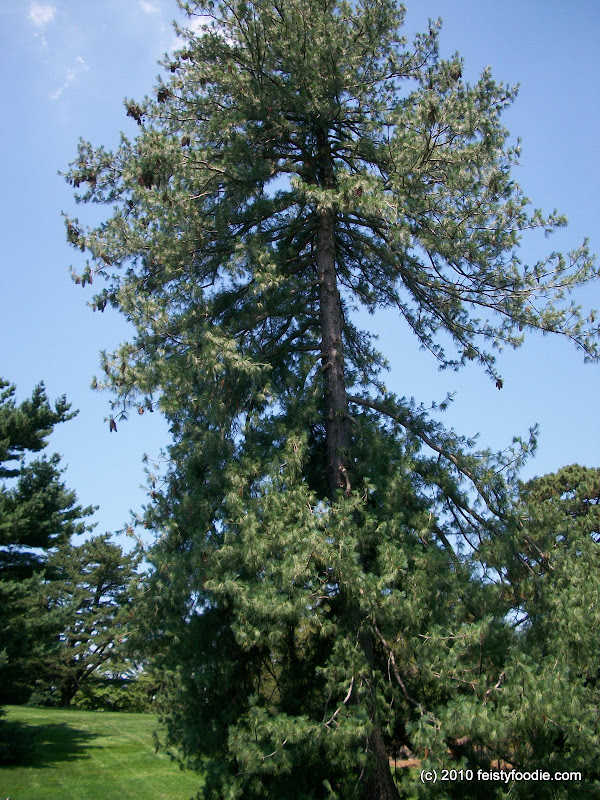 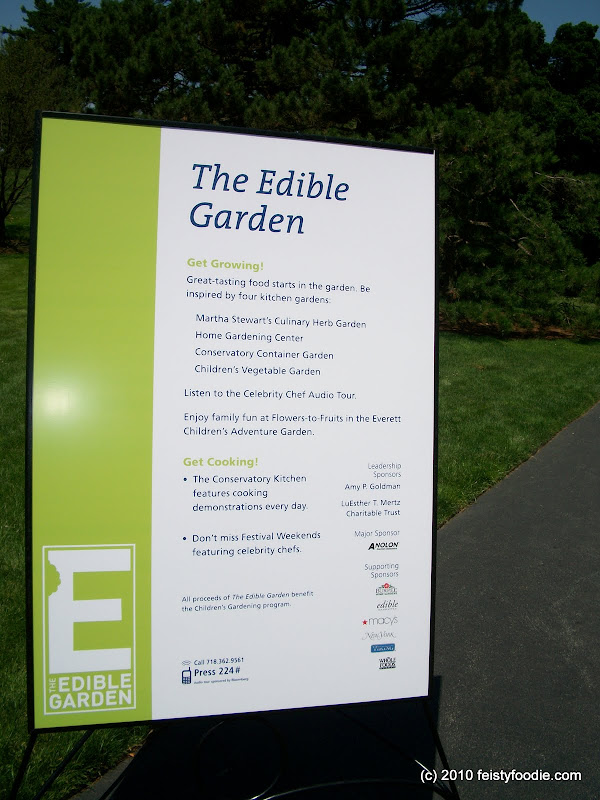 Four chefs planted gardens, who will also be making appearances during the summer. 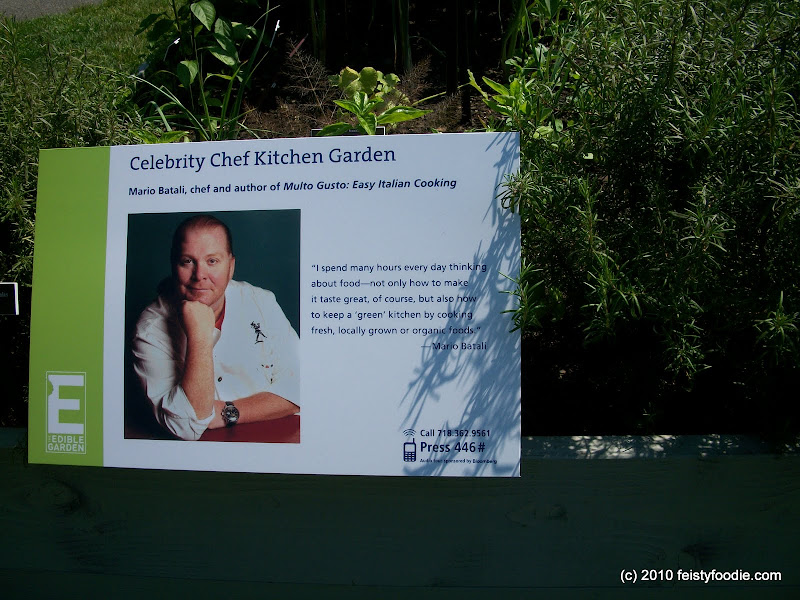 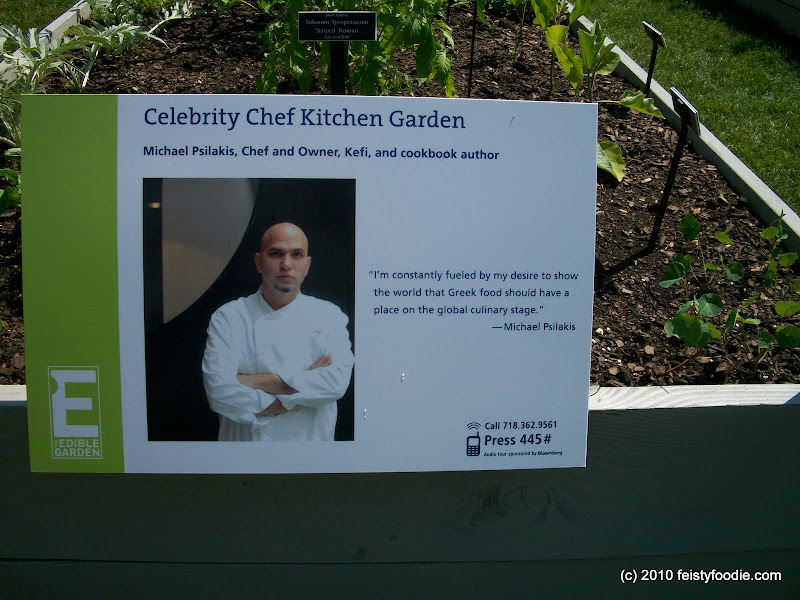 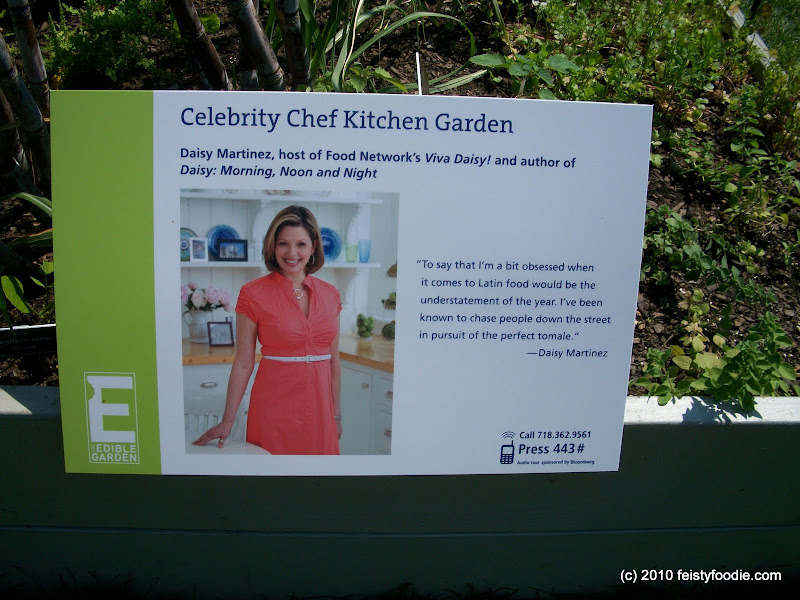 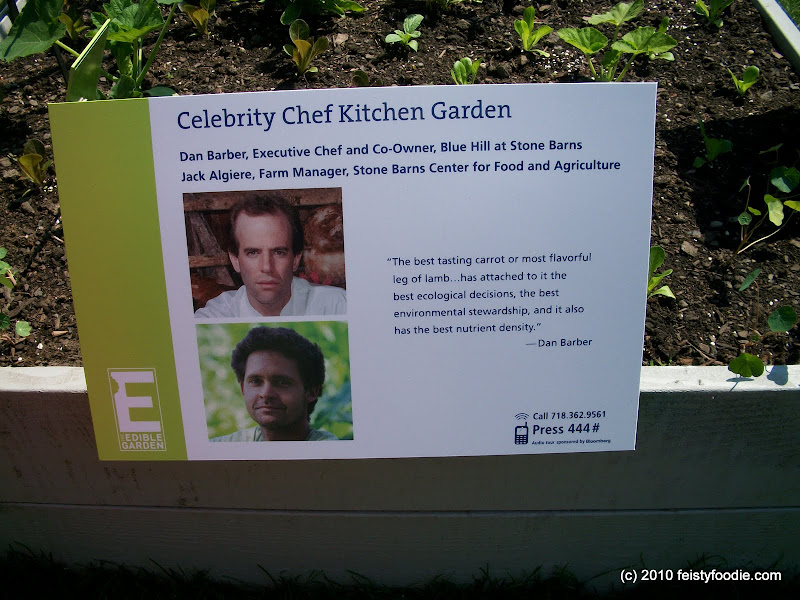 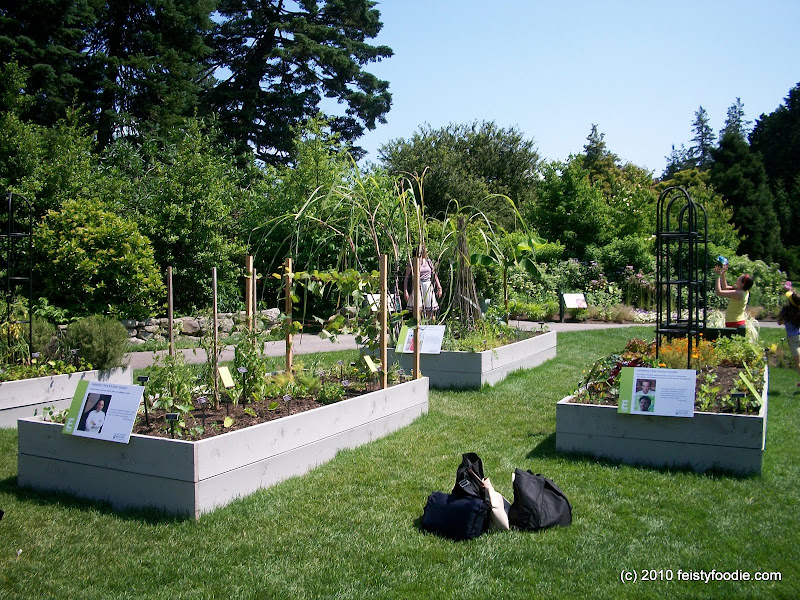 Near these gardens, I found where the wedding ceremony took place. It was a perfect day to get married outside, albeit a hot one. 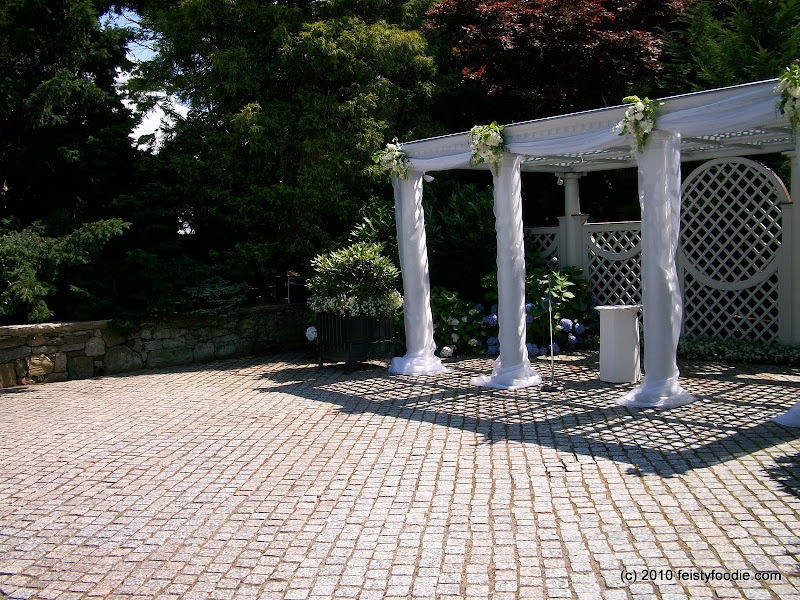 Here are some more pictures of various gardens. 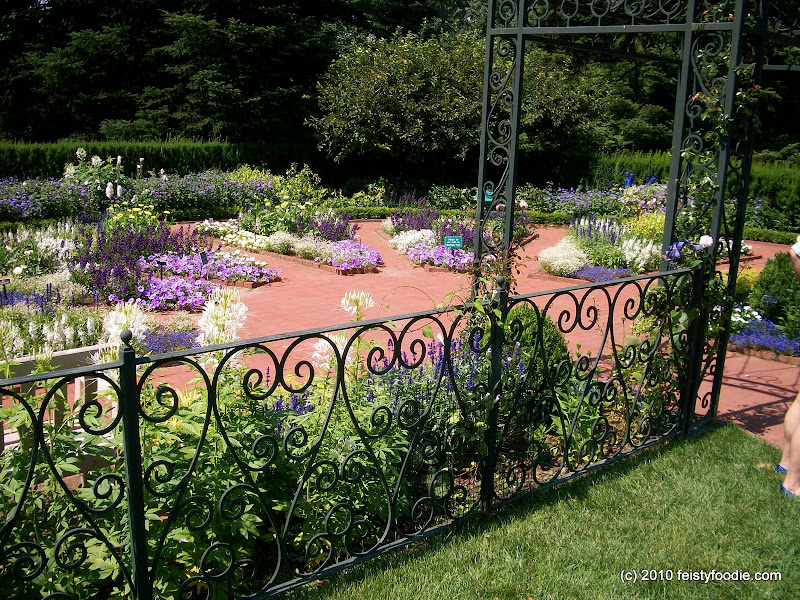 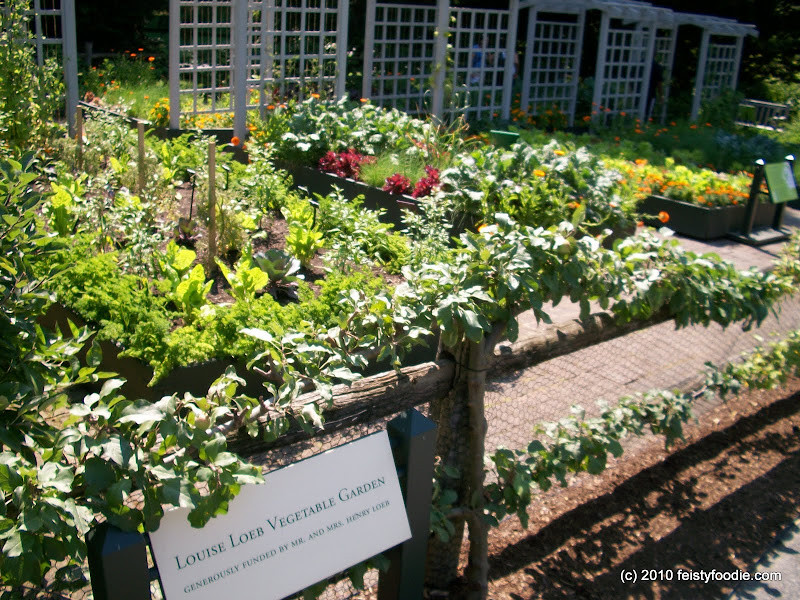 Around the Conservatory, there were booths setup with all sorts of vendors from cookware to wine. Unfortunately, the Conservatory is currently closed for renovations so I didn’t get to go inside. 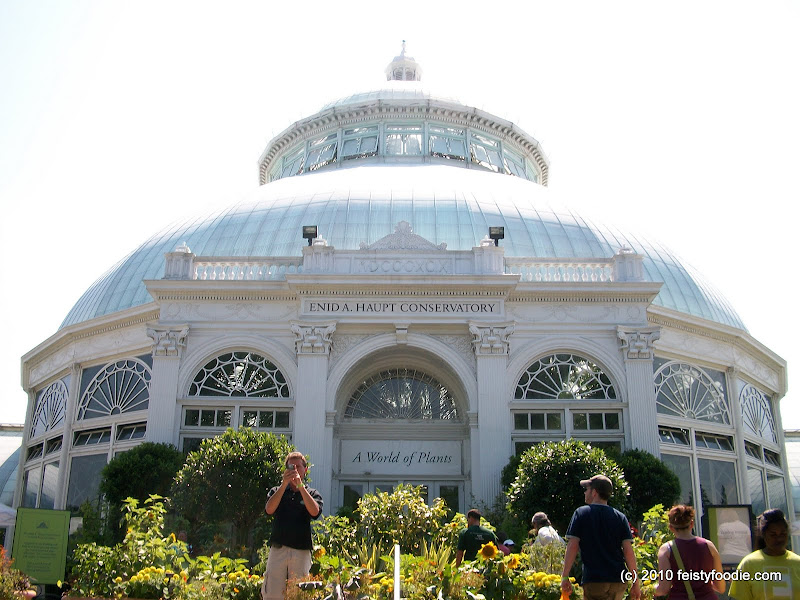 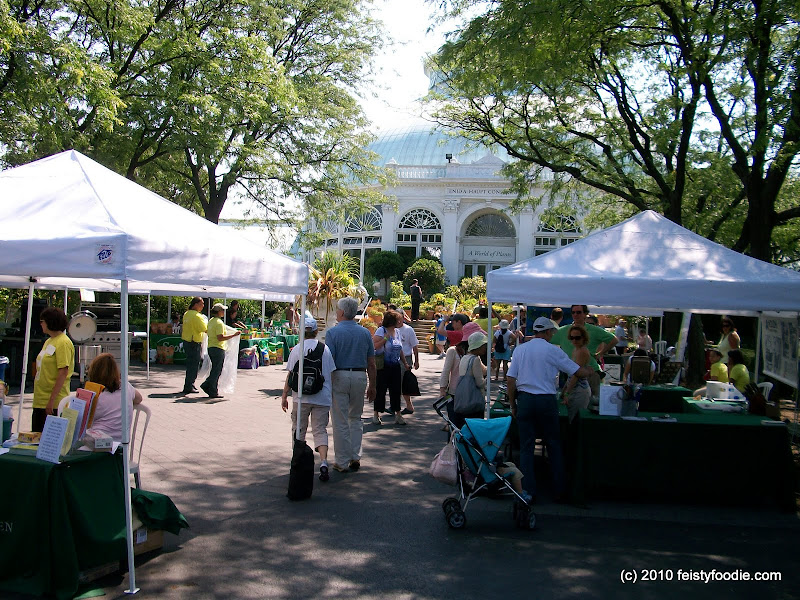 On the way out, I found Martha Stewart’s herb garden. I believe she planted one last year too, without the current exhibition. 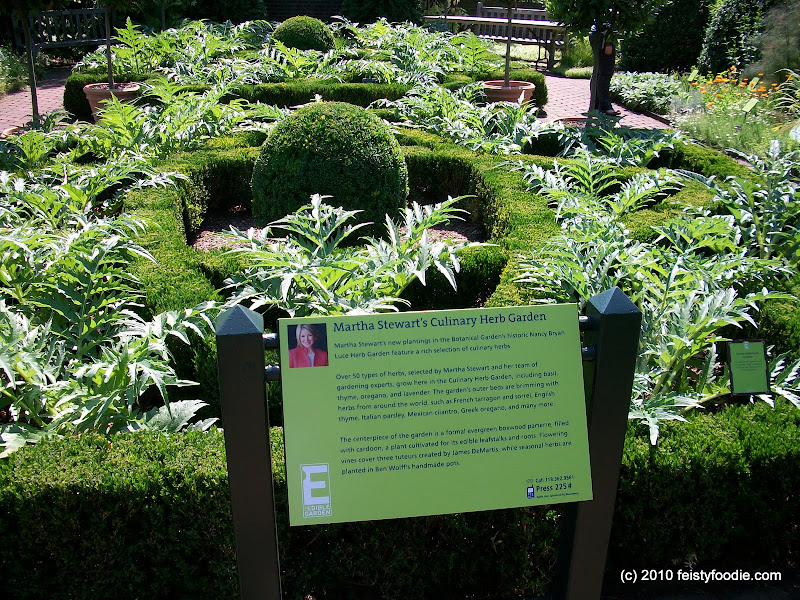 In addition to complimentary admission(usually $30), Alejandra put together HUGE goodie bags for each of us. 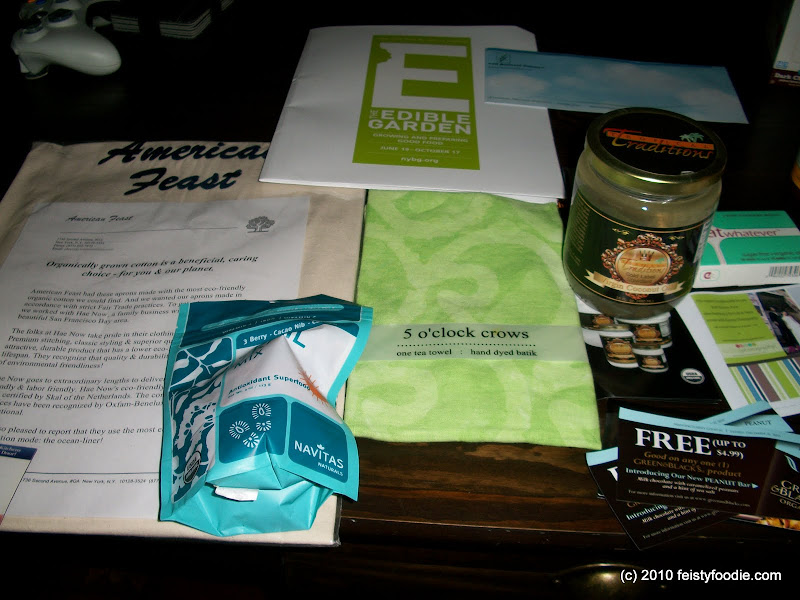 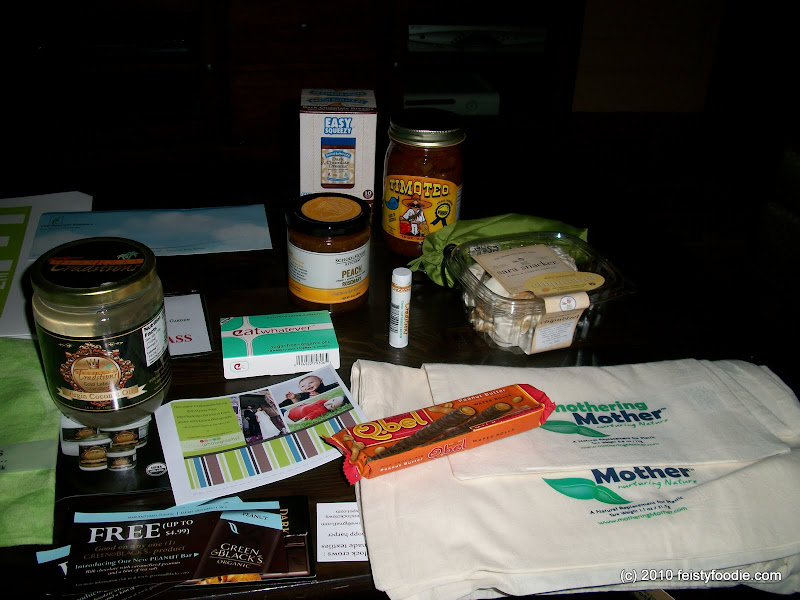 It was a great day and so nice of Alejandra to organize. It was also nice to meet some fellow bloggers including Grace and Rachel. The Edible Garden has a ton of events going on through October and I highly recommend taking a day to check it out.