As I mentioned, I was recently in SF – my home away from home – for an awards ceremony. The first night there, a huge group of us trooped out to dine at Crustacean, which is rather famous around town and tourists for its Dungeness crab. Our lovely host was determined that each of us would have our own crab.

Can ya say no to that?

First, appetizers at the bar while we waited for our whole group to assemble. I don’t know if I tried everything – alcohol was flowing heavily – but I took pics of lots of things. 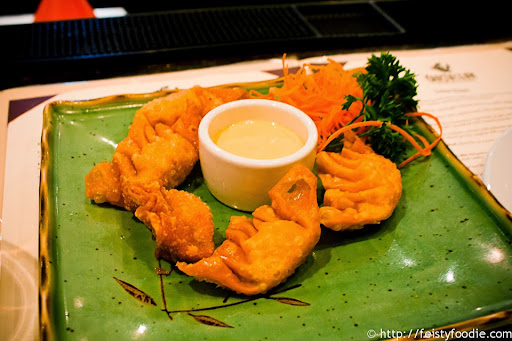 Fried dumpling type thing I heard everyone raving about 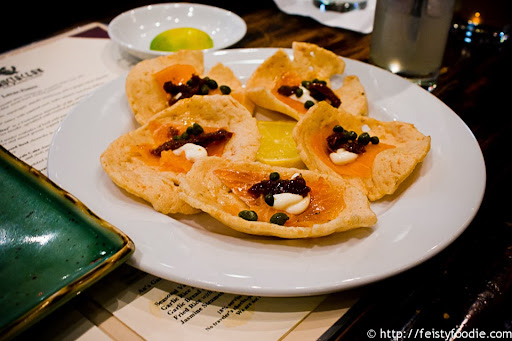 I actually do remember eating these and liking them… 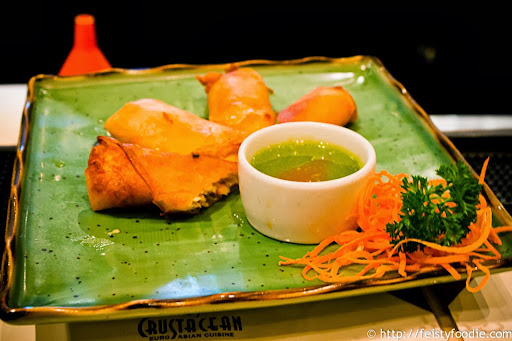 And some spring roll type thing that was OK. I definitely didn’t take pictures of the parade of appetizers that were heaped upon the bar for us, and some stuff was definitely tastier than the rest. But what’s more important is the main event… 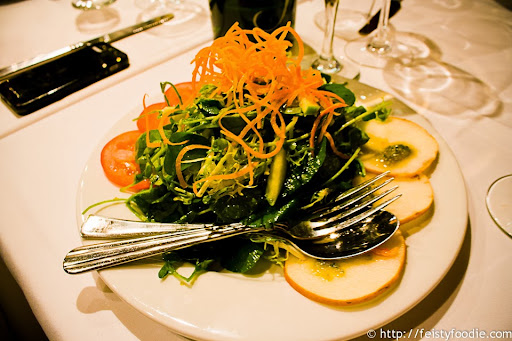 But first, per my usual self, I needed a salad to start things off. This was fine. I didn’t think it was great. Other people liked it far more than I did, so I let them eat it. 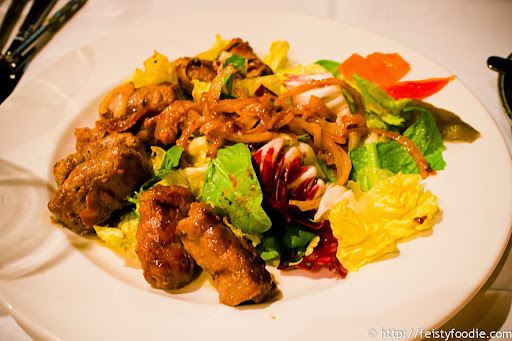 My conversation partner for the night decided to order a beef dish to start, as he knew we’d be eating a whole crab. This was tender, tasty, prepared nicely, but not really a standout. It was a smart move on his part though.

Then, at our two long tables of about 30 people total, the crabs began arriving… 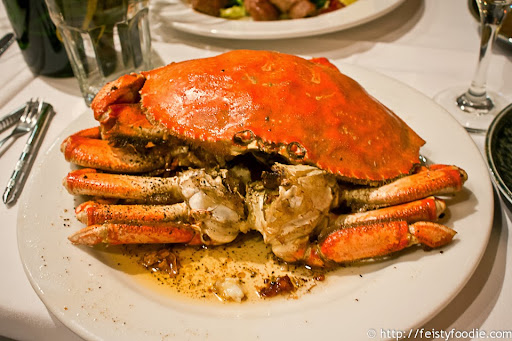 Here’s my crab. I named him Fred. 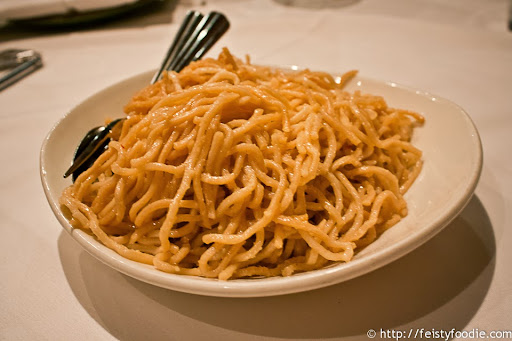 We also each received a bowl of garlic noodles. Yes, each. I think these could have easily been split 4 ways. The noodles were NOT to my liking – though I heard a lot of other people saying how much they enjoyed them, I found them mushy and overcooked, lacking any texture. The flavor was key – garlic haters and vampires, beware – but the texture really made my enjoyment disappear.

As for the crab, it was tasty, and just fine. But… nope, not my favorite. Garlic was again very present in each bite, and it was cooked perfectly… but it was completely cleaned and I miss my crab guts. I’m sorry, but crab guts, which tastes basically of the essence of crab and the ocean – they’re kind of necessary for my enjoyment of the crab. Though that’s not ALWAYS true – I eat at the Crab House on Pier 39 regularly (the last time was a year ago, though that post is from 2007), and they just have this KILLER garlic butter they serve the crab in – in this case, it just was. Something was missing. I wanted to love it, but this didn’t deserve the hype.