A couple Fridays ago, CT and I were relaxing at home after another long week of work when it came time to think about what to do for dinner. I made the decision that we should skirt the norm and actually go out to get something to eat. I suggested a quick, casual meal at one of my favorite Korean restaurants, Han Bat, but CT wasn’t really in the mood for pajeon and bibimbap. I then suggested getting Korean-Chinese next door to Han Bat at Hyo Dong Gak. They specialize in a noodle dish called jjajjungmyun. It was almost two years ago that the precursor to FBM; Midtown Lunch commenters went to learn more about this dish and other Korean-Chinese foods.

The Chinese influence was immediately apparent with the bowl of generic fried noodles and duck sauce to snack on while perusing the menu. 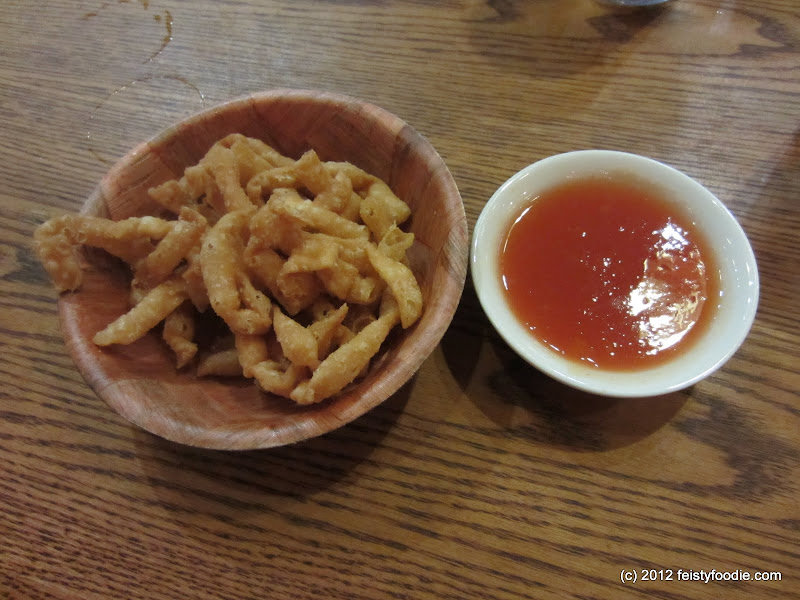 The Korean influence became apparent when the bus boy brought over a small plate of kimchi and another plate of raw onion and pickled radish. 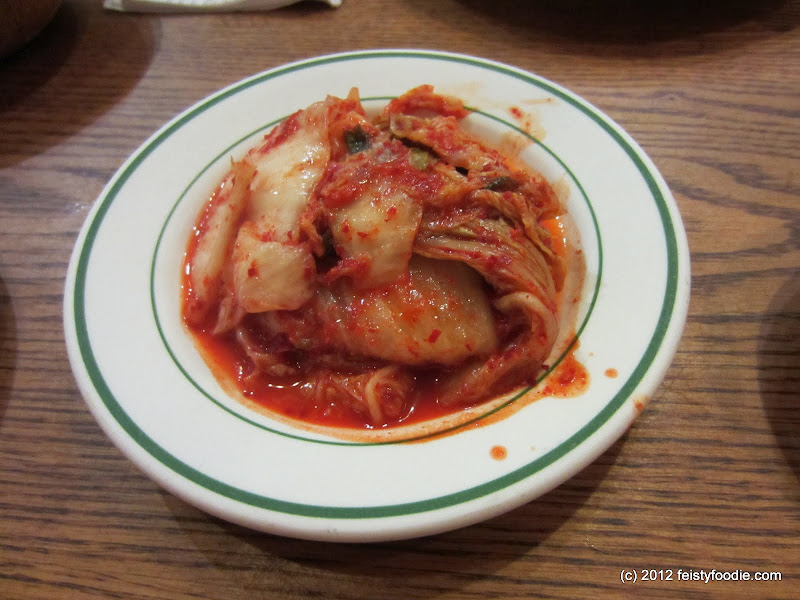 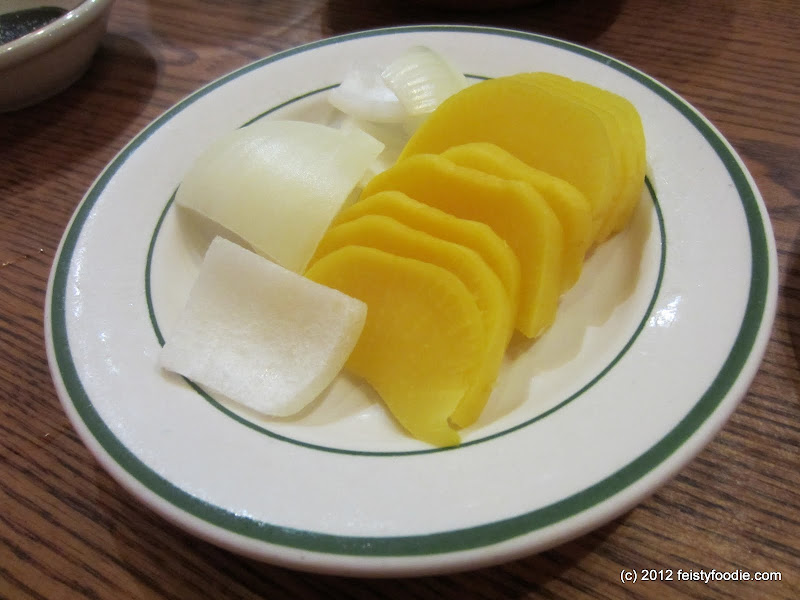 We started with a simple order of pan-fried dumplings ($6ish). While the wrappers were on the thicker side, they were quite good for what they were. 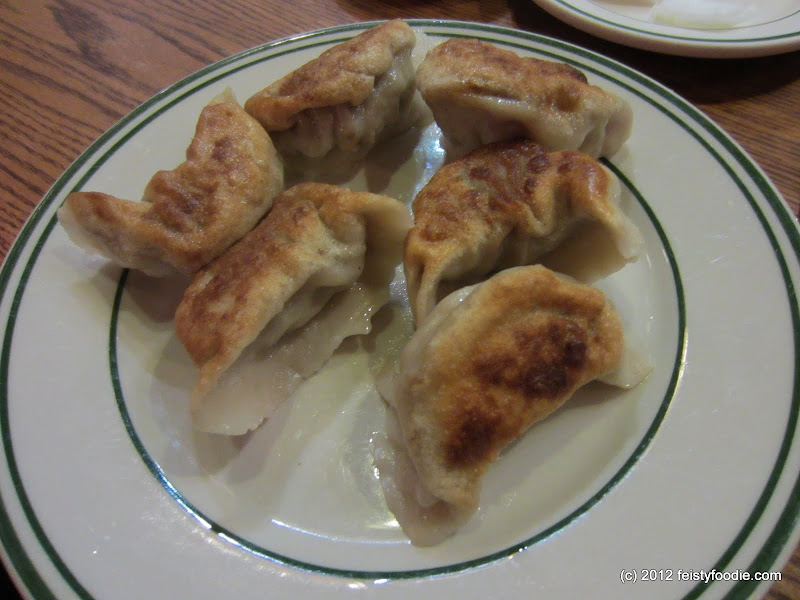 They were packed to the brim with mostly pork and maybe a little onion? 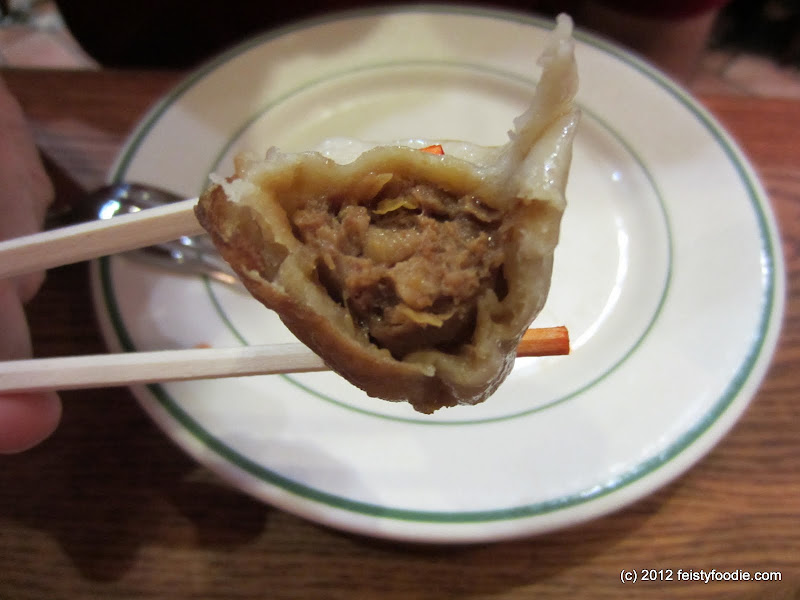 As I write this I realize, we forgot to ask for the Korean menu also, so I did my best to pronounce jjajjungmyun to the waitress. Fortunately, she understood after my second or third attempt at it. (I’m not sure of the price but it was probably around $10.) We were later presented with this nice bowl of buckwheat noodles topped with black bean sauce with bits of minced pork and onions. The waitress will come by and offer to cut the noodles with scissors, which is recommended. This was my first time having the dish since that first time a couple years ago. Last time the sauce was served separately, but this time they already put the sauce on top. The food was slightly warm, which I believe is how it is supposed to be served. Although the color was deceiving, it was not heavy at all. I enjoyed the slightly salty sweet flavor and found it to be a treat when I came across a piece of pork. 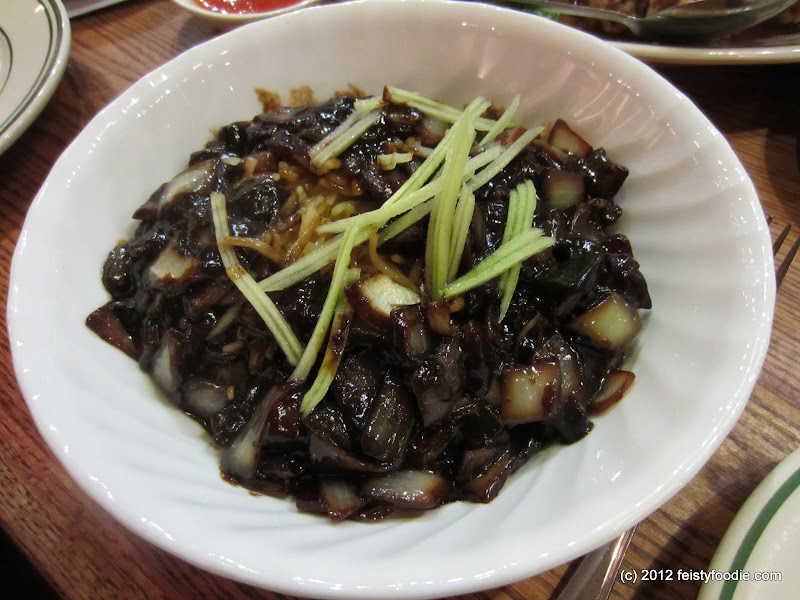 We also ordered another dish to share from their nightly specials menu. I believe the menu said something about sweet & sour beef with crispy rice ($15?). The description made it sound like some sort of bibimbap, so I was intrigued to try it. We were a little taken aback when this was presented to us eventhough we had no idea what to expect. Once we saw the corn starch based sauce, our hopes were dashed a bit as neither of us particularly like it. The beef was nice and crispy but quickly became soggy from the sauce. The veggies stayed nice and crisp though. I had never seen “crispy rice” like that before. I enjoyed it for the texture but it had very little flavor. Sometimes you take a risk with a dish and it pays off, it did not in this case. 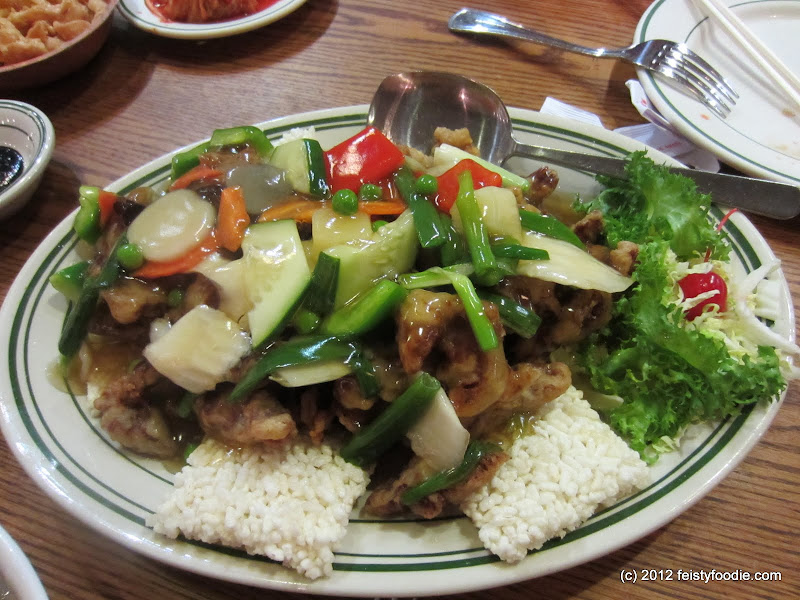 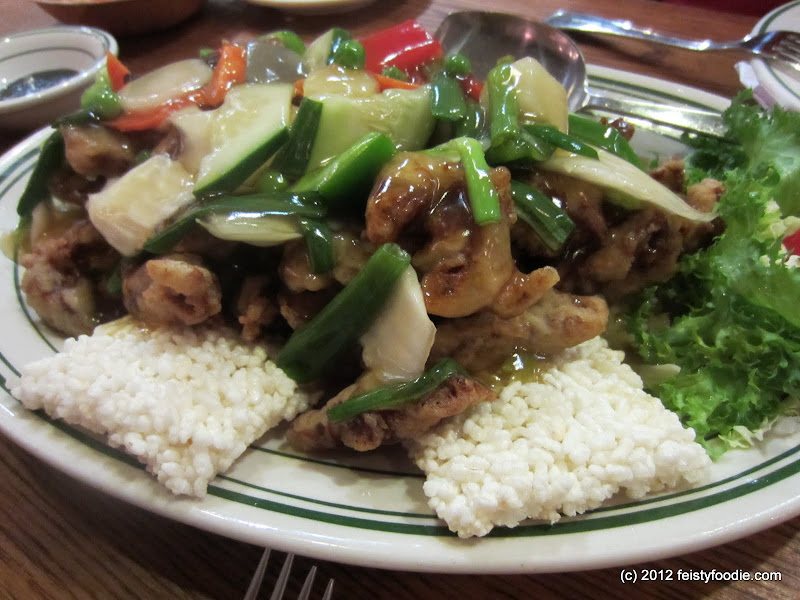 All in all, it was nice to change up the routine and go somewhere different especially since CT had never been to Hyo Dong Gak before. I will definitely return for the jjajjungmyun but be more careful about what else I order. Although it will be hard not to just go into Han Bat since it is right next door.