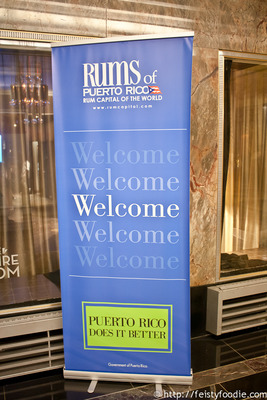 Recently, I was invited to attend a Rums of Puerto Rico event, courtesy of Beer Boor.  As the official Feisty Foodie beverage blogger, he gets tons of fun invitations like this, and he’s always kind enough to ask me if I’d like to go before he invites anyone else… I think.  I’ve never asked if other people get dibs 😉 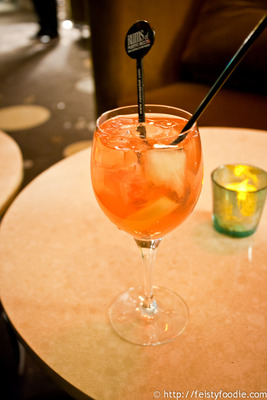 Unfortunately, at the last minute, he had some business to attend to, so I arrived on time (ha! unusual, some might say) and began drinking – but thankfully, TC decided to join me, so I wasn’t alone.  As soon as I walked in, this was handed to me – a “Bat @ Leisure” which was so well-mixed, I downed it quickly and assumed the drink was watered down.  It wasn’t. 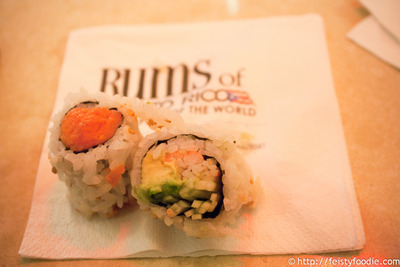 As TC and I sat there chatting about our weeks, cater-waiters descended upon us and kept giving us food.  Here is some sushi, but this was not made with any rum. 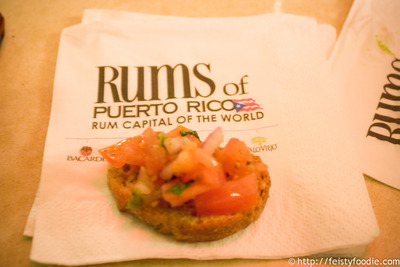 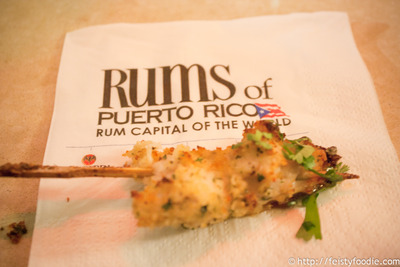 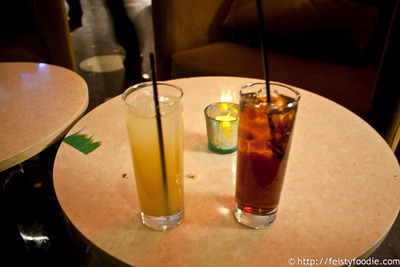 TC went and got us more drinks.  Rum & coke for him, rum & pineapple for me. 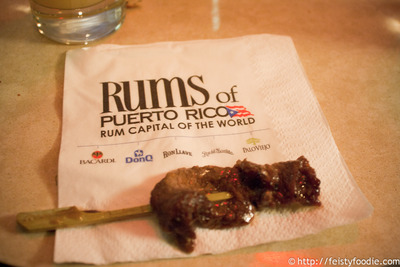 Beef skewer, which I would have thought had rum in the glaze, but nope! 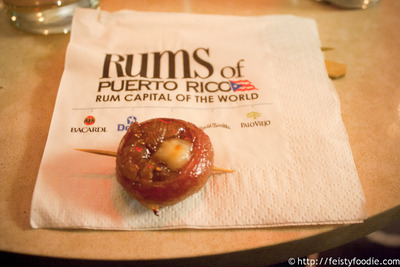 Figs stuffed with cheese and wrapped with bacon – this had rum in the glaze. 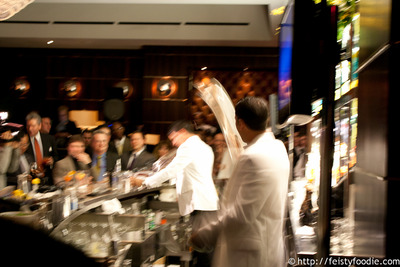 Around this time, we were treated to a presentation of flare bartenders showing off their skills.  I wasn’t able to get a really good photo of the event, unfortunately, but managed this one where you can clearly see some motion.  Oh yeah – Claire Robinson of the Food Network’s Five Ingredient Fix also spoke briefly here (but we were on the other side of the room, so I couldn’t see her).  She was responsible for the recipes for all the finger foods we ate! 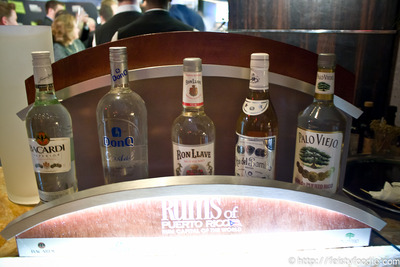 The rums being presented and on offer that night!  Not just Bacardi, folks. 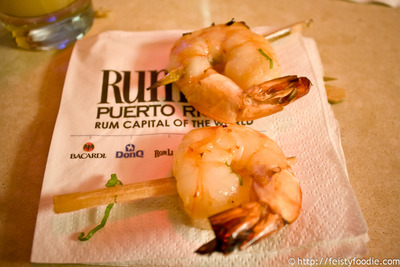 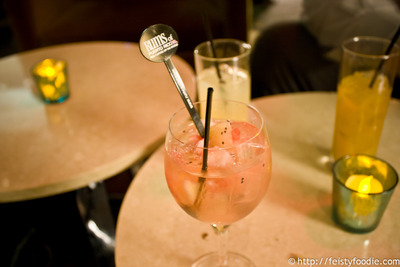 Quijote Berry – another well-mixed drink that proved a little too easy to drink. 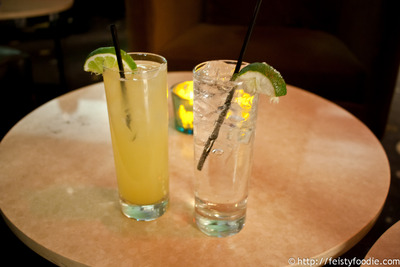 More alcohol… by this time, Beer Boor had arrived and began imbibing quickly to catch up to us.

Beer Boor says: I managed to catch the bartenders’ act, and as I was somehow inconspicuous, ordered up two rum drinks to compensate once I was noticed. The Palo Viejo and Don Q rums seemed best for citrus mixing, anad you see these here. Rather light on the palate, but easy to drink, I felt the Palo Viejo was less rough than, say, Bacardi White, but with a pleasant mild bite which still kicks in with fruit juice added. Don Q would be my “everyday” rum if I were so inclined to stock my home bar — clean, with a flavor that breaks through the alcohol nicely. 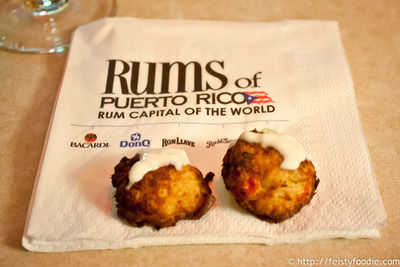 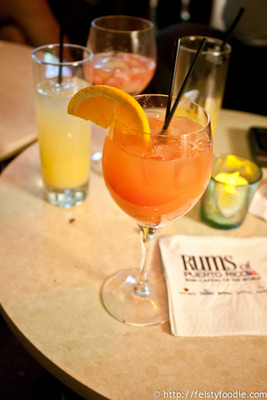 And the Grape Escape, yet another well-mixed drink that got me good and happy… 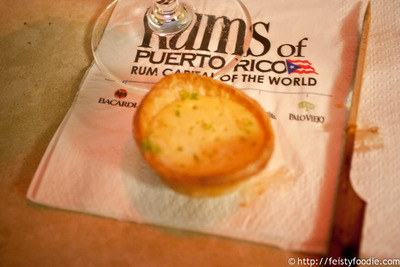 After a while, we somehow wound up hanging out with Ms. New York Belleza Latina for the rest of the night, who was super smart and a lot of fun (and very pretty, obviously).  Then we ended the night with these lovely mini key lime tarts that actually have rum in them too!

Beer Boor adds: Obviously I enjoyed the company of the lovely women in addition to TC’s conversation. “Helencita” was a wonderful guest. I don’t believe she joined me in one, but she coached me in how to order a snifter of the aged (anejo) rum, a beautiful caramel rum, similar to the Bacardi Reserva I enjoyed a few months back. A perfect sipper on a cold evening.

Overall, a very fun night: thank you to Rums of Puerto Rico for hosting us, we had such a good time.  Recipes are available for some of the above items, so please leave a comment if you’d like them!

Please note that this event was compliments of Rums of Puerto Rico, and I was not obligated to post anything, positive or negative about it.  I received no monetary compensation for this post.