Recently, CT was going up to Boston to visit her college friends and see Notre Dame take on BC. GO EAGLES! Without my Eater-In-Crime around, I needed to figure out something to do. I came up with a great idea to go on a Flushing Food Tour with the fellow FBMers led by our very own, Yvo. I had only been to Flushing once before for hot pot, so I was really excited to get some cheap, but tasty eats. Yes, I was a sheltered white guy from NJ that never went for “ethnic” eats in Queens with his family. On to the eats with Yvo, Beer Boor, and TC. 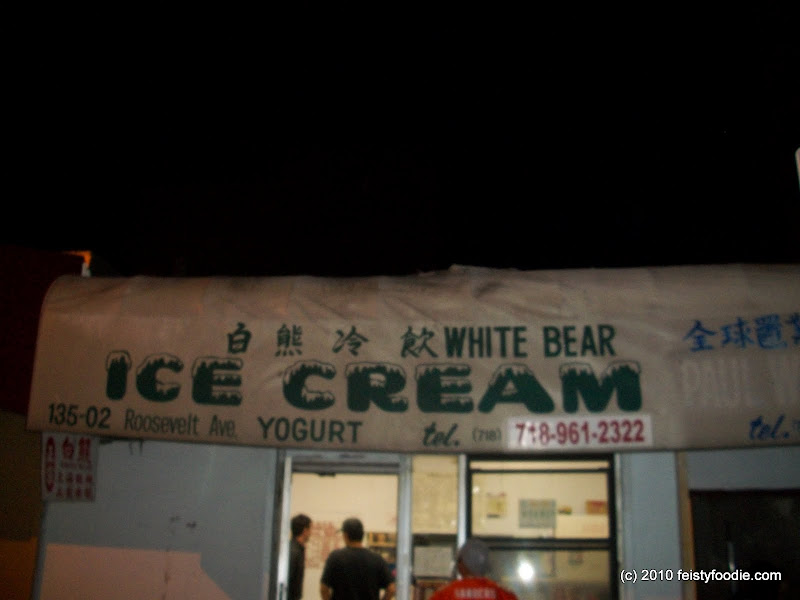 We started at White Bear for dumplings, not ice cream. Do people get ice cream here or is it some kind of inside joke? We got the Szechuan dumplings with chili oil. I made the mistake of popping a whole one in my mouth almost as soon as the plate hit the table. These were HOT! Temperature-wise/not spicy-wise. These were a great way to start the night, lots of flavor! I could probably eat a whole order easily, but we had to move on to the next place. 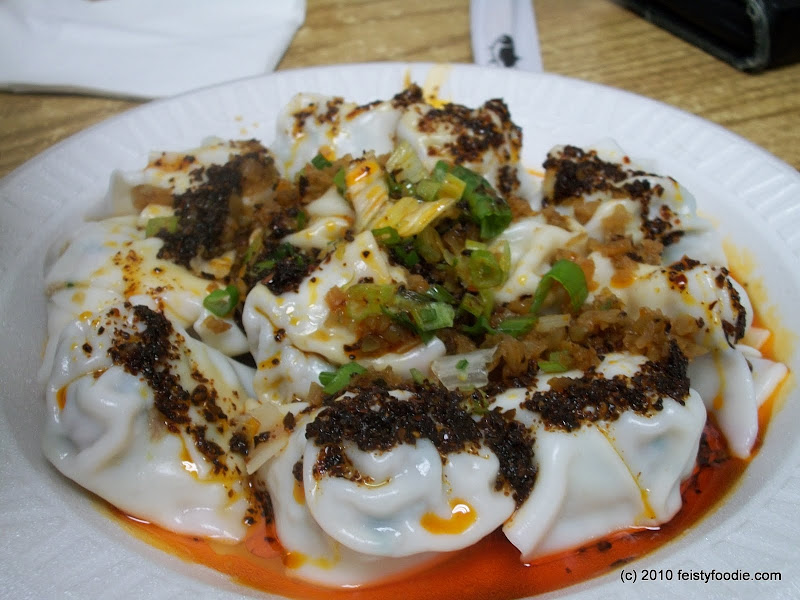 Innards courtesy of the Beer Boor. 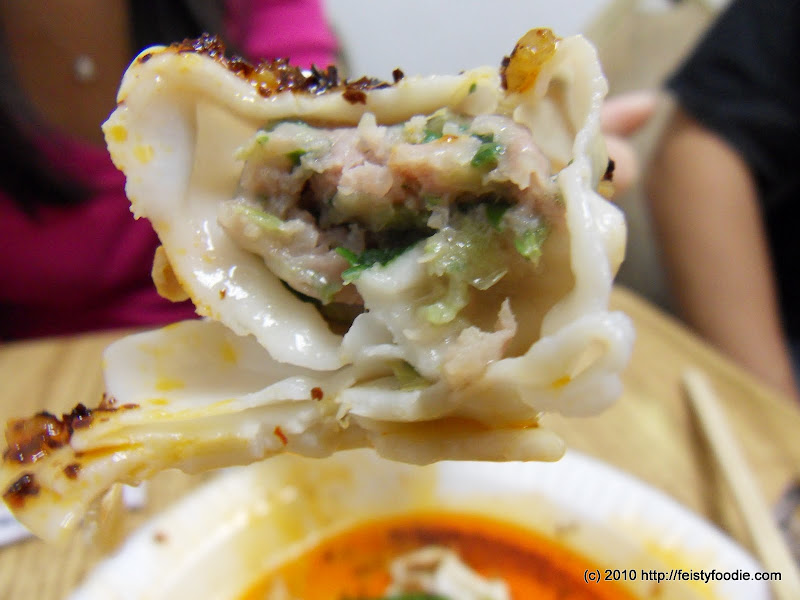 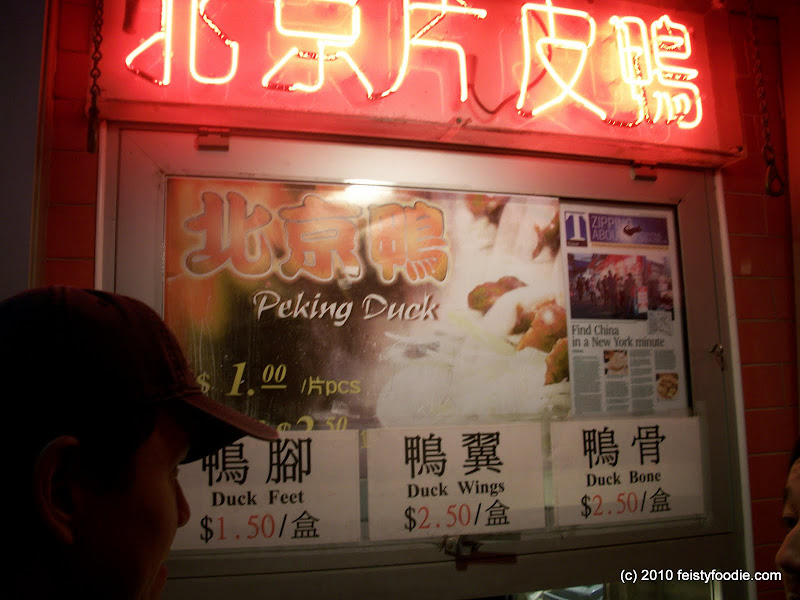 Next was some Peking Duck Buns. Theses were just like the buns I got at Golden Unicorn a couple months back. Unfortunately, they weren’t as good. The hoison completely overwhelmed the duck. The bun to meat ratio was also way off. 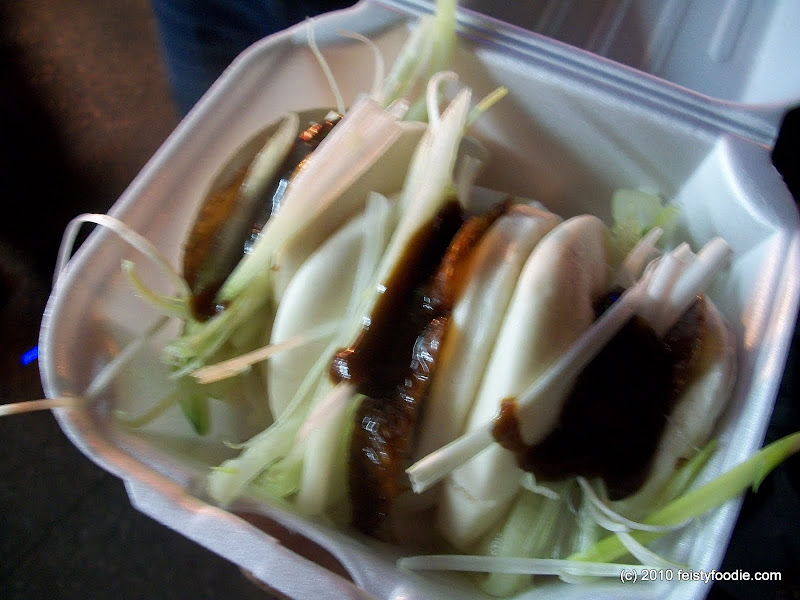 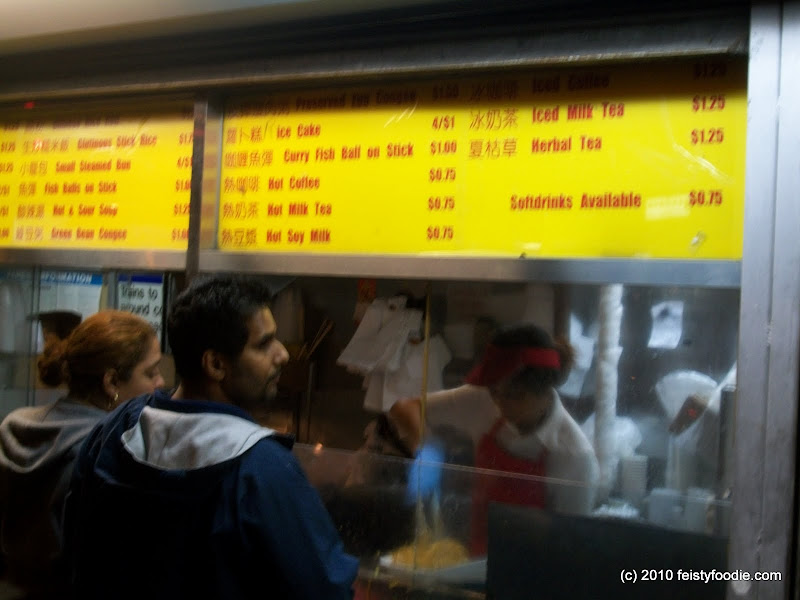 The LIRR Food Stalls. We started with some Iced Tea and Iced Coffees(tea on the left, coffee on the right). Both were very milky and sweet. Not really my kind of drink, but I was thirsty, so it served its purpose. 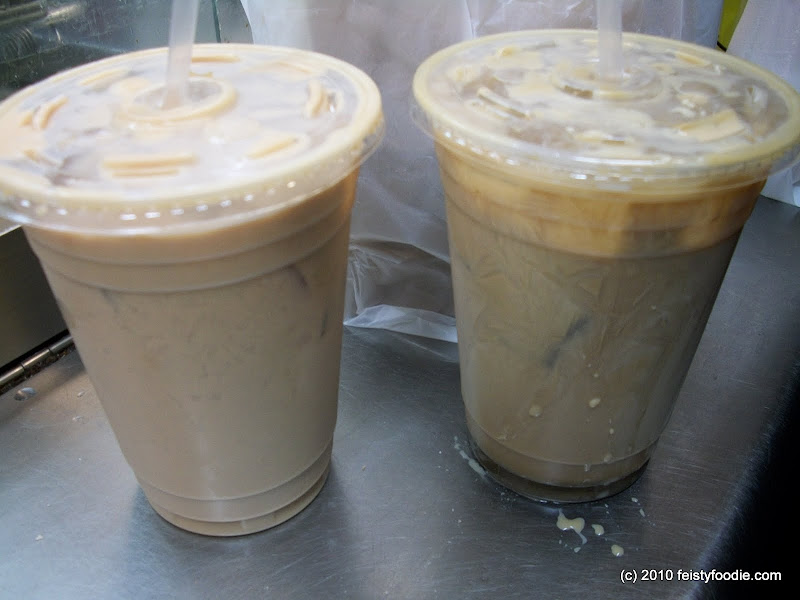 Curry Fish Balls. These had a nice curry flavor, but were super chewy. As mentioned above, super cheap usually means you trade quality for cost. 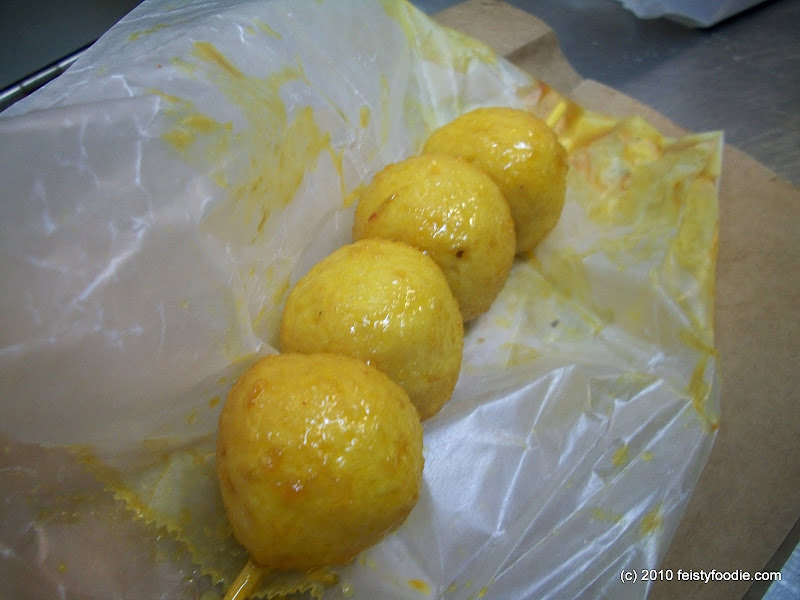 Fried Chicken. 2 drumsticks for $1. We got a super fresh batch of these. Yvo & I burned our mouths on this, but oddly BB and TC gobbled theirs down super quick. This was some greasy, crispy goodness to add to our ever-growing bellys. 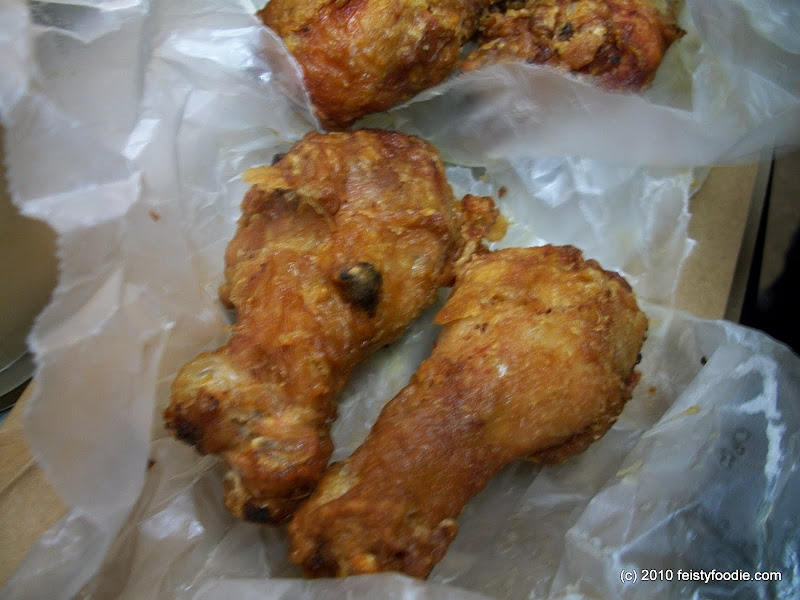 Next was another stand that Yvo has been going to for years. She always gets wo tip, thick-skinned fried dumplings. Since there was precious, little sidewalk space, we ended up eating these in the Starbucks across the street, haha. It was a cool night, but they still had the A/C blasting, so we had to eat quickly. Yvo mentioned that the dumplings were a lot thinner than usual. Otherwise, a standard crispy dumpling. BB got some better pics of these than me, check them out. 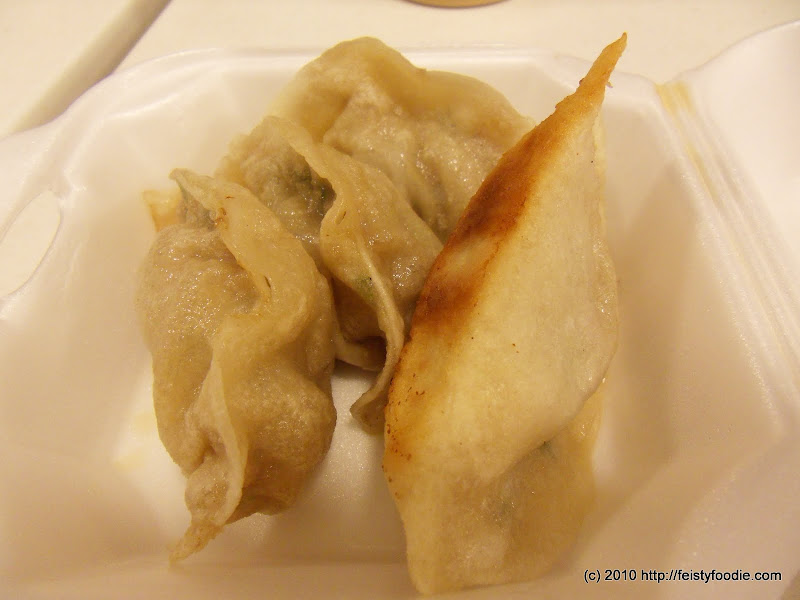 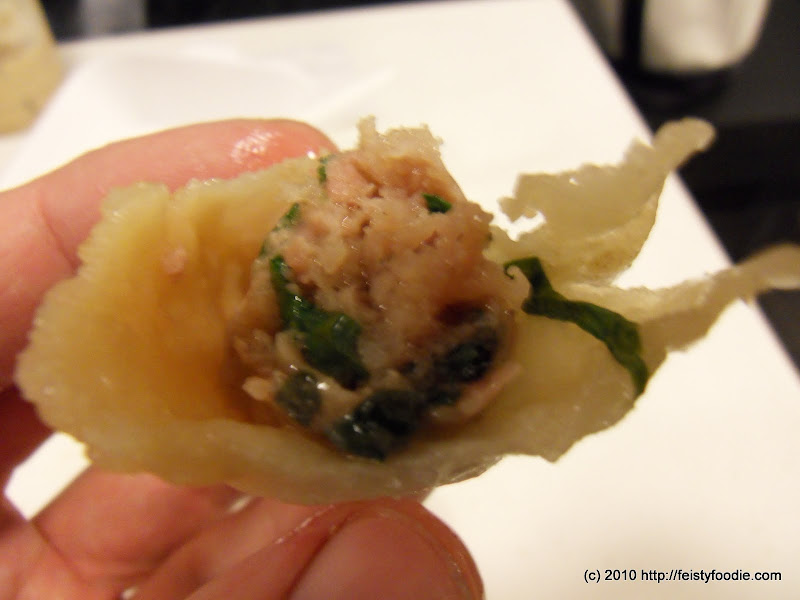 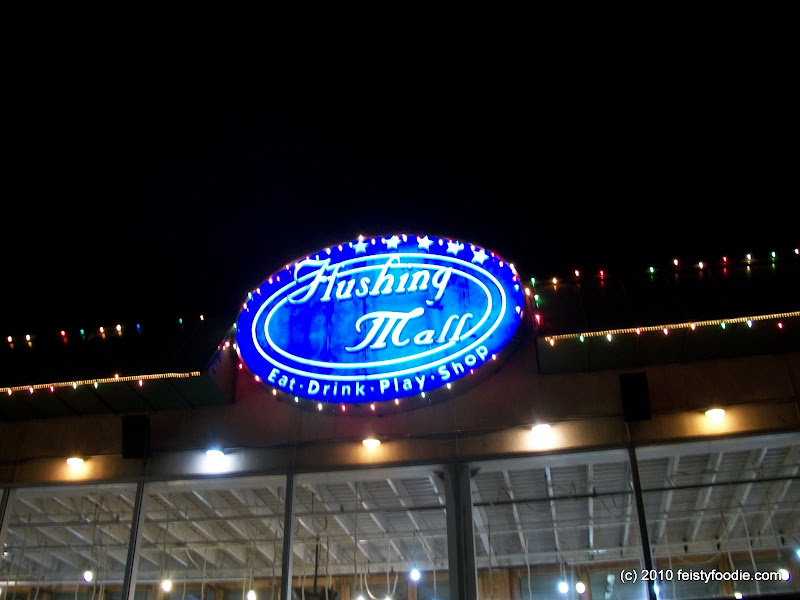 We ended the night at the mecca, aka Flushing Mall. We got here late so we weren’t able to try as many things as perhaps we wanted, but we still got some good eats. 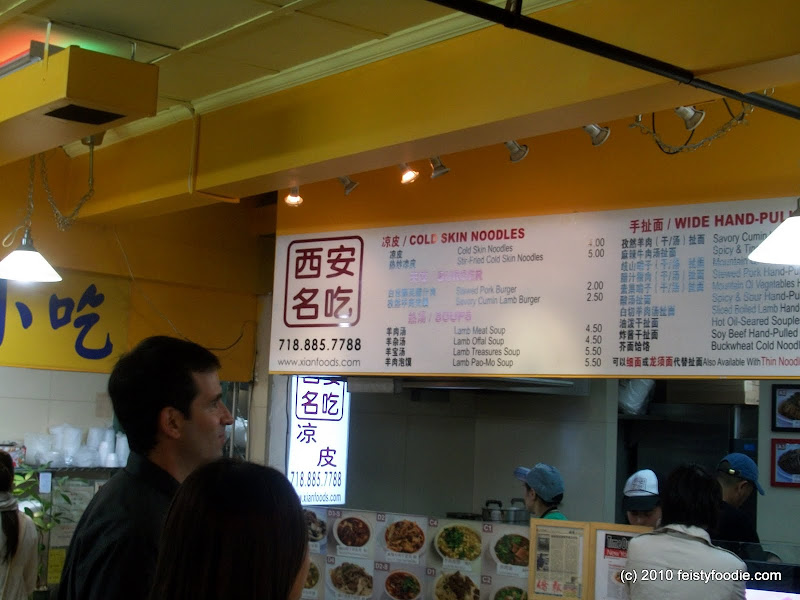 Xian Famous Foods soon to be called Bourdain Famous Foods. They are totally milking being featured on No Reservations(picture on wall, episode playing on TV, etc.) We got two of their signature dishes:

Spicy & Tingly Lamb Face Salad- This was pretty good. It had a ton of great meat in it. Nice flavor. The veggies gave a good contrast to the lamb. Yvo got a nice shot of this. 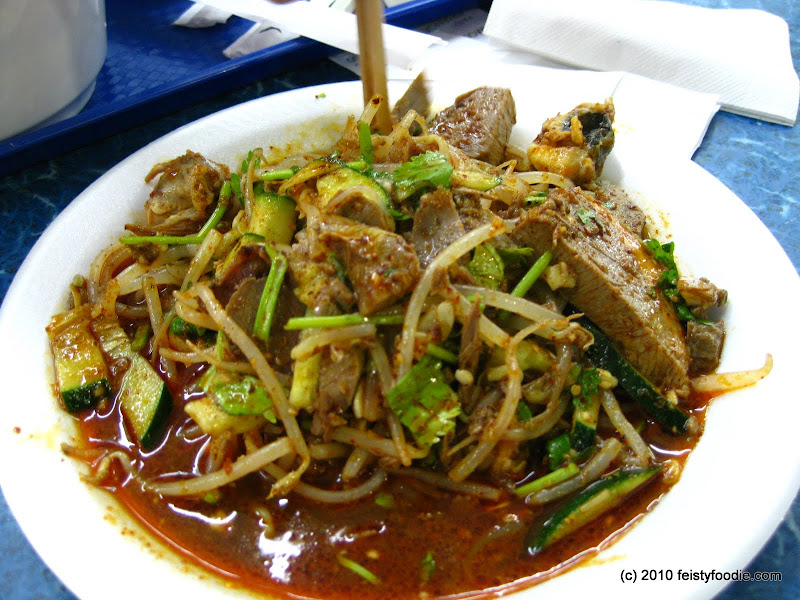 Savory Cumin Lamb Burger- This was a cumin bomb! Nice flavor, but not sure that it is as good as all the raves it has gotten. The bread was forgettable and I ended up just picking the meat out with my chopsticks. It was the end of the night, so I think it is unreasonable to expect super fresh bread, so I’ll give them a pass on that. 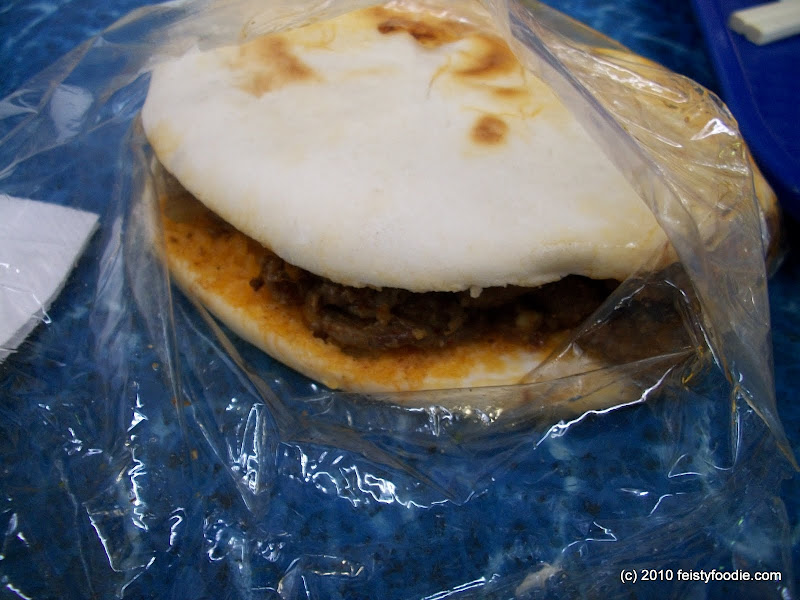 While BB was waiting for the food at Xian, I went over to the hand pulled noodles place. I got us an order of the Beef Brisket over Hand Pulled Noodle Soup and Sliced Pig Ears in Spicy Sauce. 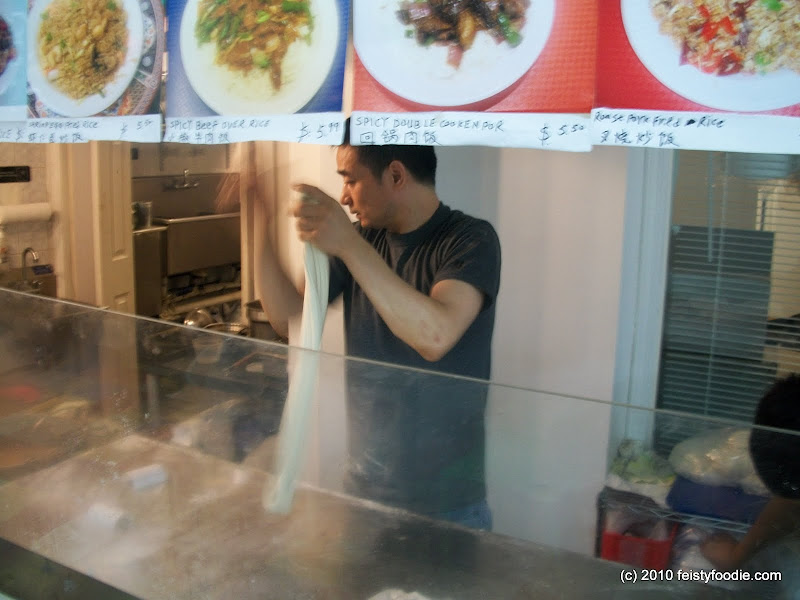 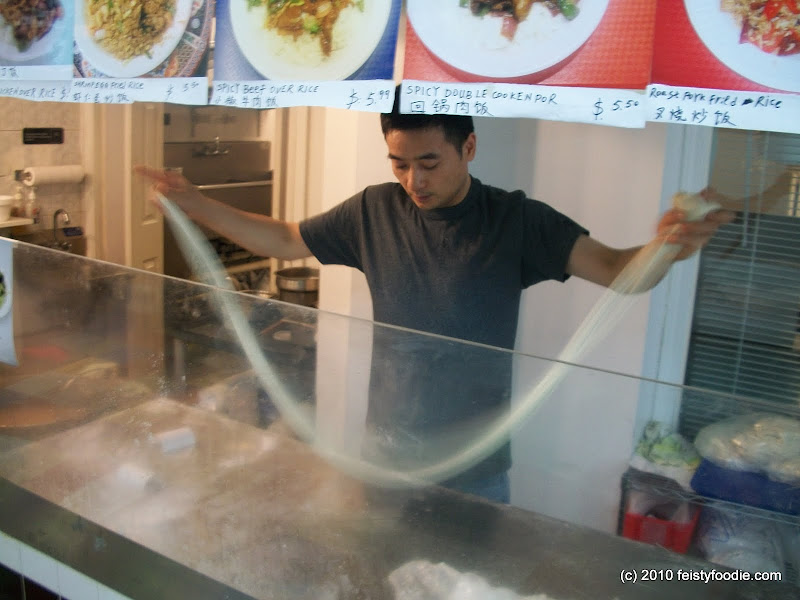 Finally, I got some hand pulled noodles. The chef made them super quick as I think he wanted to get home, but they were still very good. The broth was delicious. My first sip I got a huge bit of pepper, but it mellowed as I continued to eat it. The brisket was super tender. One thing we all noticed later on was that the broth “disappeared” because no one was eating that much of it. We then had a laugh when we realized the fresh noodles soaked up the broth. 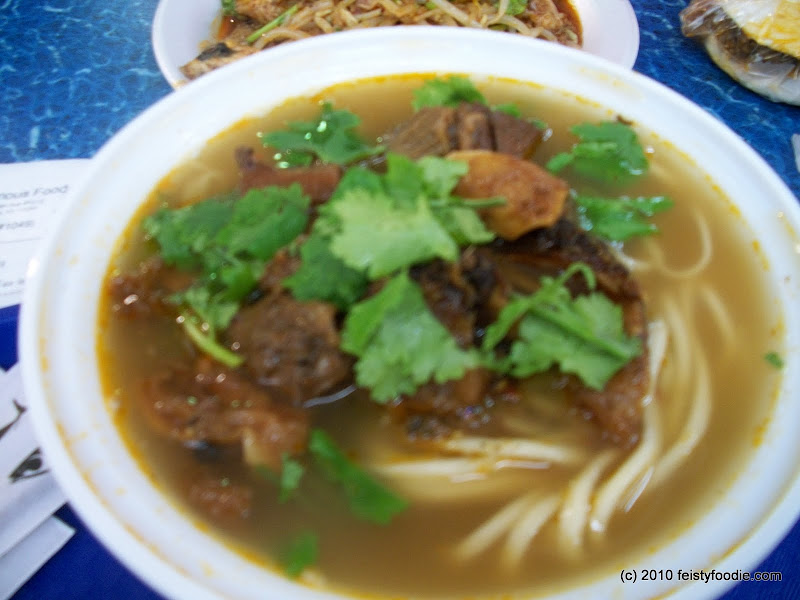 The Sliced Pigs Ears were nice and cartilagey. Yes, I just made up a word. Their texture would turn off most Westerners, but I liked them. They had good flavor, but they sure gave a large portion. I think we barely finished half of them. 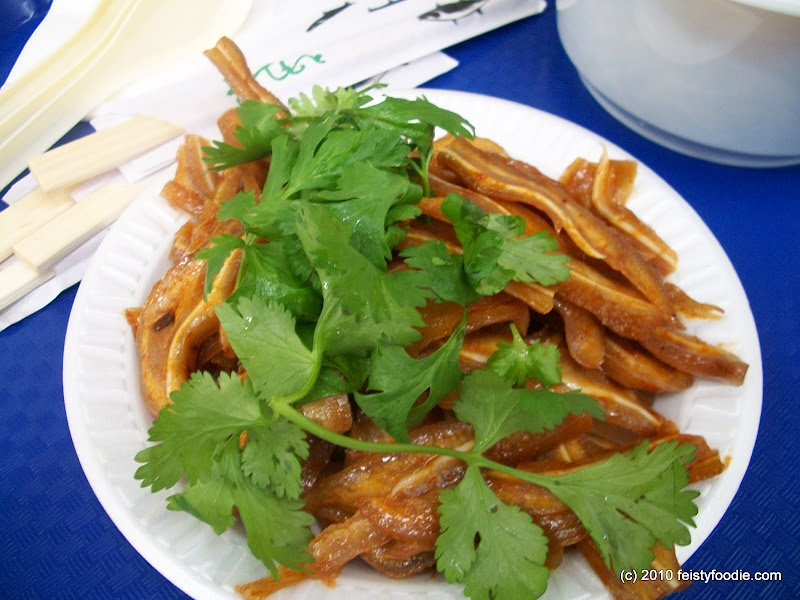 All in all, it was a great experience. I would have to say the hand pulled noodles with brisket was my favorite dish of the evening. Thank you to Yvo for bringing two “outsiders” and TC around for some cheap eats. I can’t wait to return to Flushing for some more. I will just have to plan on getting to the Flushing Mall a little earlier.