Ladies and gentleman, once again, I am pleased to announce another week of post’s by everyone’s favorite sidekick, CT.

After TT and I hit the Sauza Tequila tasting event, we decided we were still hungry but couldn’t figure out what to get. Since we were in the Union Square area and there were lots of options, we decided to walk around until something sparked our interest. We walked right by Vanessa’s Dumplings, which I’ve heard good things about in the past, so we decided that it would be perfect for a quick meal to end of the night.

We decided to get 2 kinds of dumplings, and 2 sesame pancake sandwiches to share. 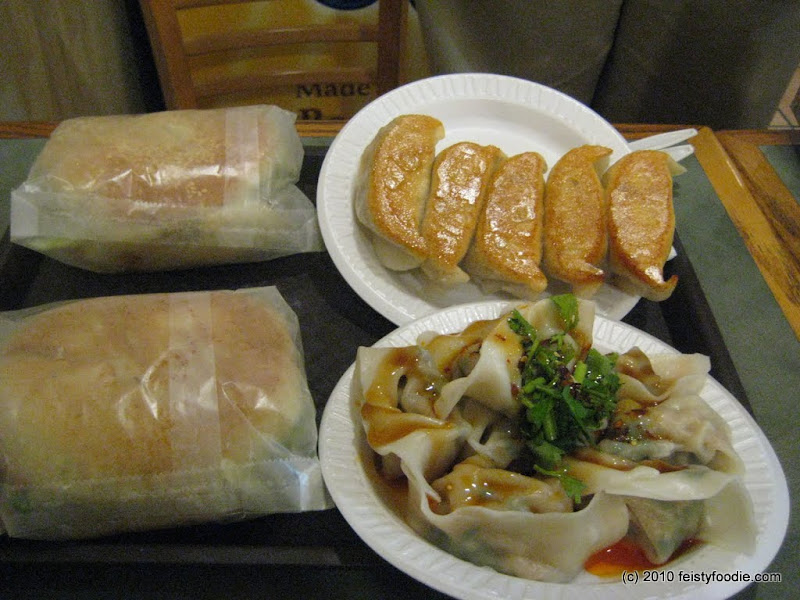 First up were the dumplings. We started with a fried pork and cabbage. 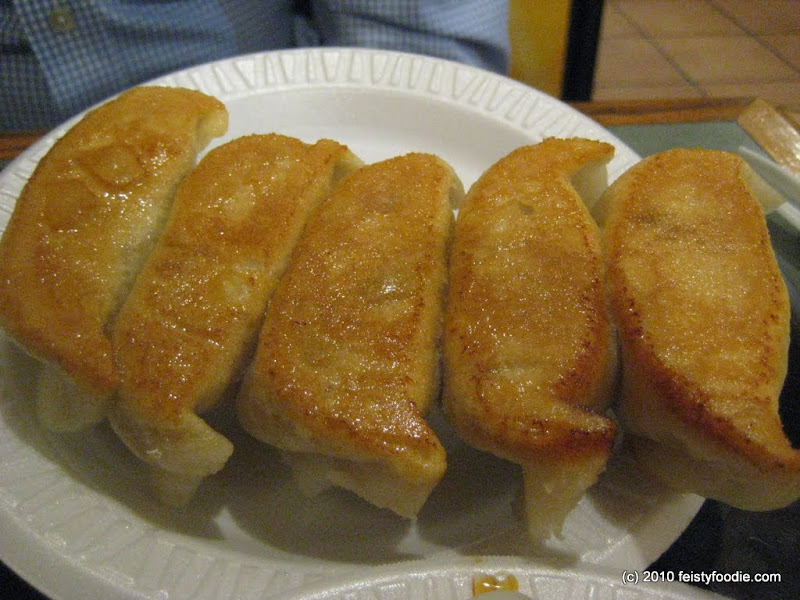 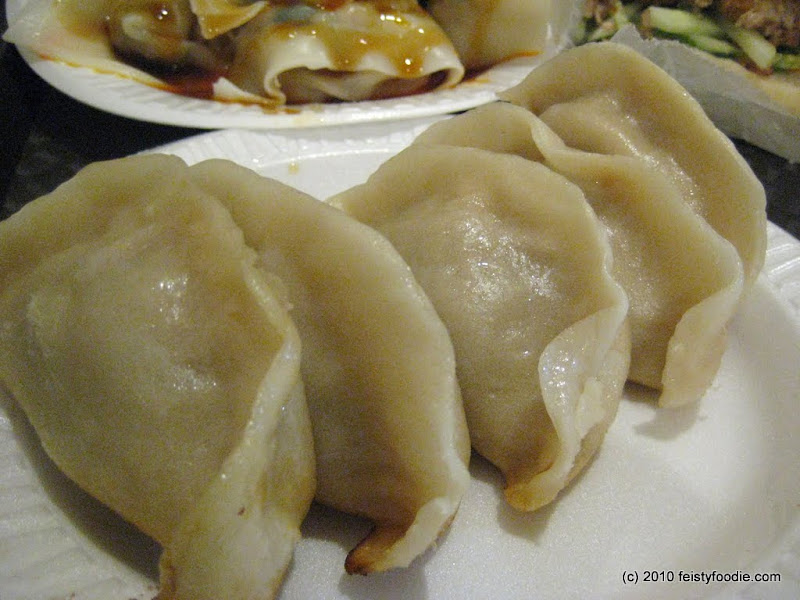 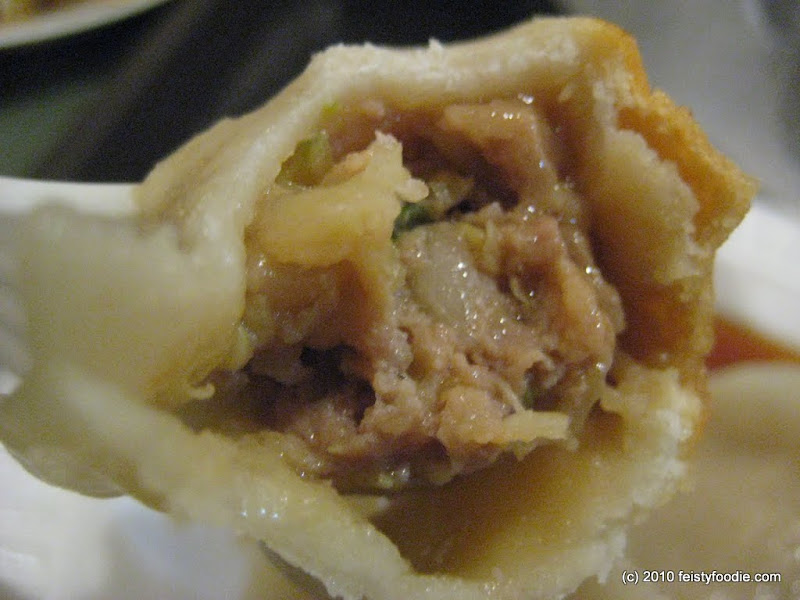 These were pretty good – the outer skin was a little thick, but not unlike your average dumpling. There was a good amount of filling to balance the skin. Still, I didn’t think they were anything that special.

TT says: There was definitely no love put into these dumplings. The chef didn’t even separate them while cooking them, but for $2, complaints must be kept to a minimum.

We also tried the seafood boiled dumplings. I like these a lot more. The skin was definitely thinner, allowing the seafood flavor to shine through. The sauce on top had a nice spice to it and there was just enough sauce to flavor the dumplings with overwhelming them. 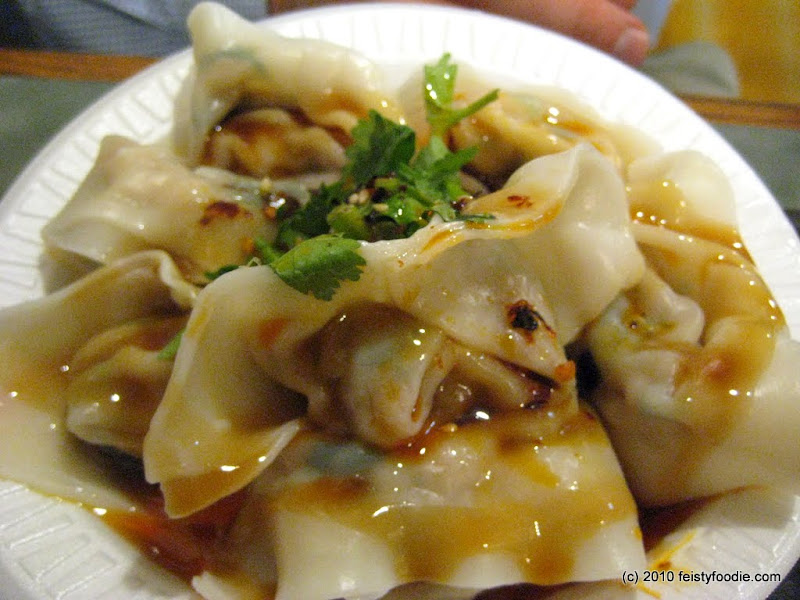 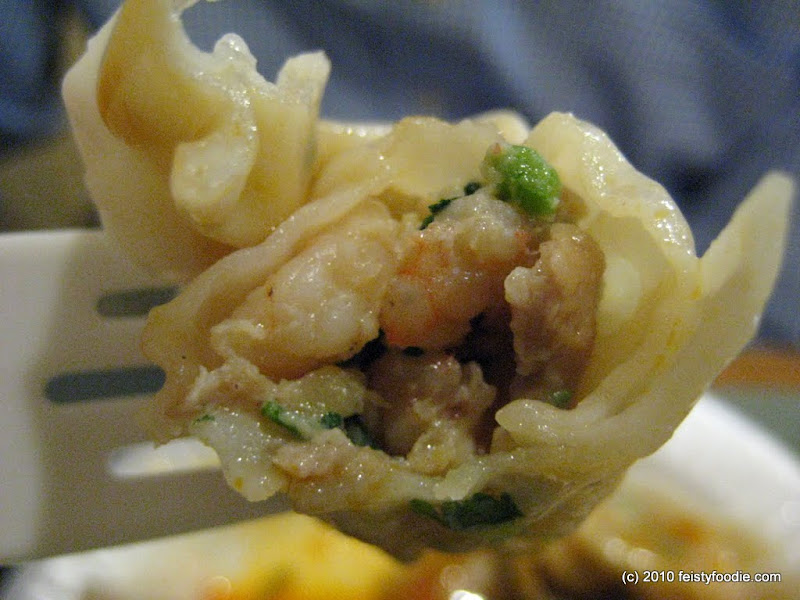 TT says: I also like these a lot more. They were much “fresher” than the fried dumplings. The sauce added a lot of flavor.

For the sandwiches we tried the Roast Pork 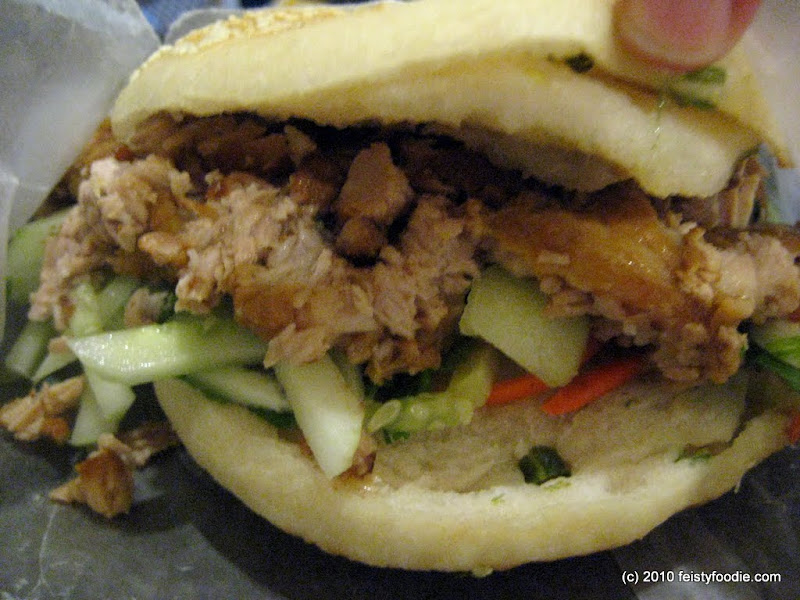 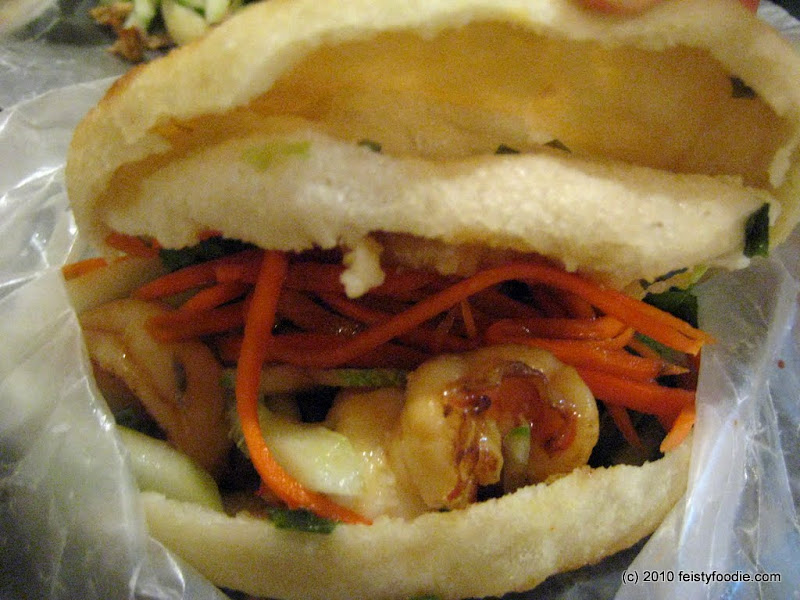 They were both pretty delicious and had good flavor, but were really messy to eat. The innards had a banh mi-type flavoring and were layered with shredded carrots and cucumbers. The “pancakes” were pretty good too – with a slightly firm outside and a thin doughy layer inside. However, it didn’t hold up well with the filling. We got through about half the sandwich before we gave up and picked at it with a fork. This is definitely not a portable sandwich.

TT says: These sandwiches basically fell apart after picking them up. I ended up eating the innards with a fork since the sesame pancake wasn’t that great. The veggies were super fresh, so that made me feel a little healthier with this meal.

All in all, I preferred the boiled dumplings to the fried ones and the sesame pancake sandwiches over the dumplings. I would stop by here for a quick bite if I were in the area, but wouldn’t go out of my way for it.