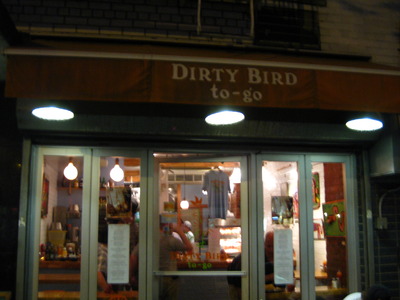 One day after work – for the working folk, I guess it was after school for me – I got an itch to go to Chelsea Market and hunt for a limited release item.  I managed to snag two of my friends – what are friends for, I guess, except for me to drag people around with me when I go on wild geese chases – and after we left Chelsea Market, empty-handed, dinner needed to be found.  Well, Dirty Bird was suggested, and Dirty Bird was chosen… 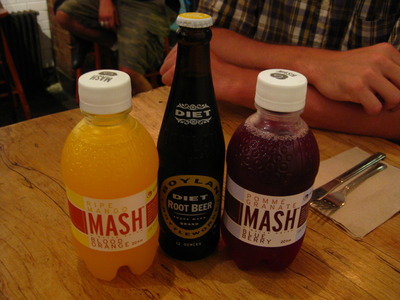 I’ve mentioned before that I adore the MASH soda… so I got my usual ripe mango + blood orange, yum!  ChEEEEEEEEse got a boring root beer, while BeerBoor went with pommegranate (the British spelling) blueberry and said it was good. 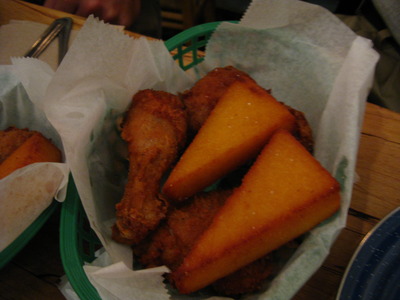 Because there were three of us, we went with the 8 piece.  Well, also cuz we’re pigs. 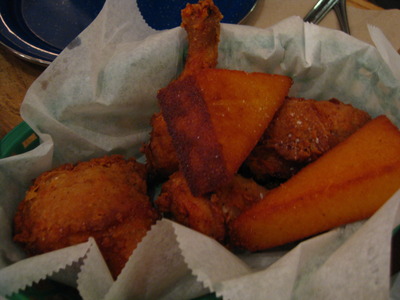 When we asked for all dark meat, we were given no issues.  If you notice in the pictures, there’s a sprinkling of salt on some of the pieces (post-frying, clearly).  A bit uneven, so my first piece, I thought wasn’t seasoned very properly. 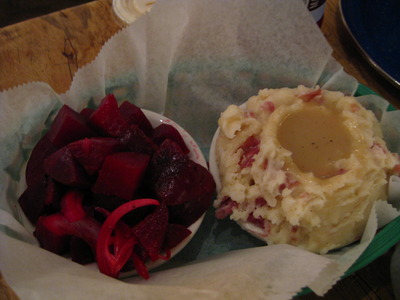 For sides, roasted beets and mashed potatoes with gravy. 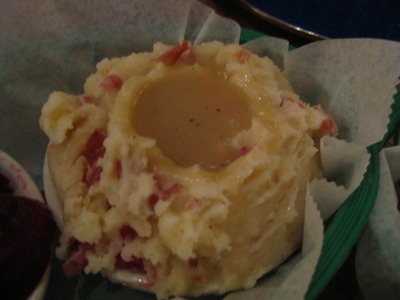 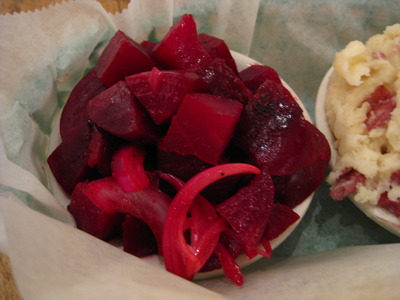 I love roasted beets, so this was no exception.  Sweet, not overcooked, perfect. 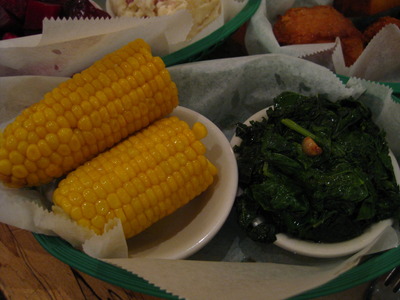 Our other two sides, corn on the cob and sauteed garlic kale. 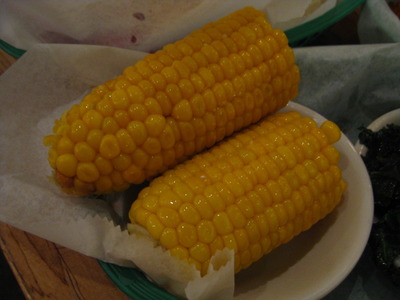 The corn on the cob was also perfectly cooked and sweet. 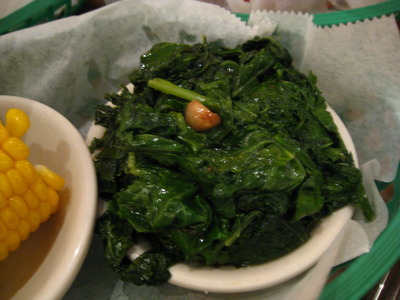 The kale was lightly garlicky and cut through some of the greasiness of eating fried chicken.  Also, made us think we were being a little healthy with our choice… 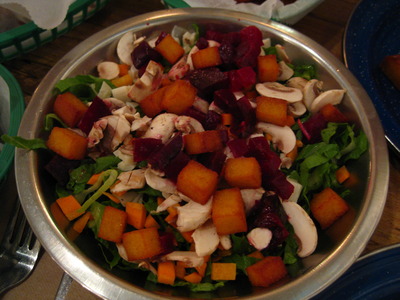 Speaking of healthy, I also opted to add on a salad. with the buttermilk ranch.  The description said it would have tomatillos in it, but none appeared.  Sadface. 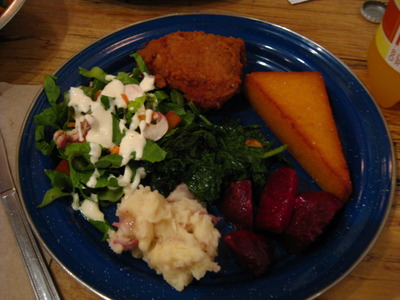 And my first plate – a little bit of everything – yum.  Everything was good.  The first piece of chicken was crisp and juicy, but a bit underseasoned.  The next piece I had – also a thigh – had salt on the outside, so I happily nommed on this piece.  If the salt were more evenly distributed, I would happily eat this whenever I was in the area and craved fried chicken.

Yvo says: Solid fried chicken, with very good sides.  If I lived in their delivery range, I would be much heavier.  Are you wondering how the cornbread was?  I can’t tell you.  I think I took a bite, remembered I’m not that big of a fan of cornbread, and stopped eating it.  Overall… I like fried chicken, and I certainly liked it here.
recommended