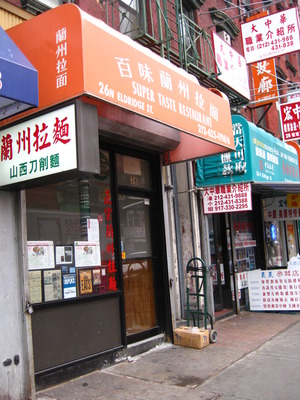 Another stop on the hand pulled noodles journey – Super Taste, directly across the street from Sheng Wang, is impossible to get to quickly from the part of the Financial District where I work(ed).  Oh well.  I stopped by Doughnut Plant on my way back anyway.  Hehe. 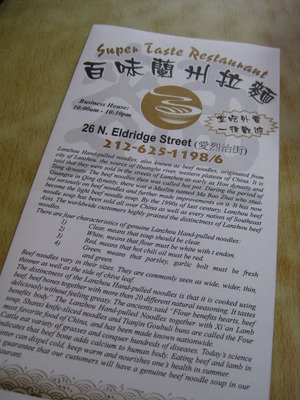 The menu was pretty simple and straight forward.  I’d read a couple of other blogs and decided what I wanted quickly. 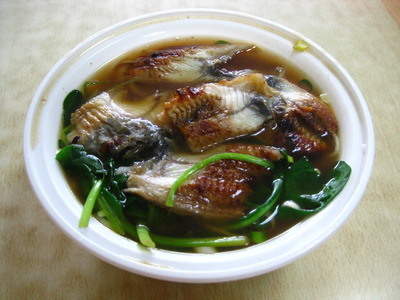 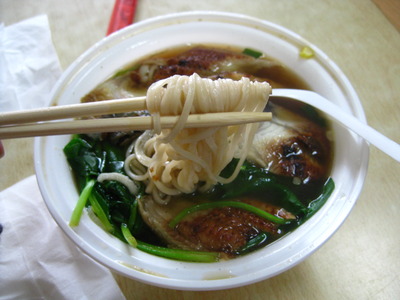 Thick, chewy handpulled noodles; I really enjoyed my bowl of piping hot noodles.  What I didn’t enjoy was sitting in the small space, facing the door – but not THAT close to the door! – every time the door opened, all of the air in the restaurant would sweep out, and all the cold air would come in.  My super hot bowl of noodles quickly became warm at best.  Eesh. 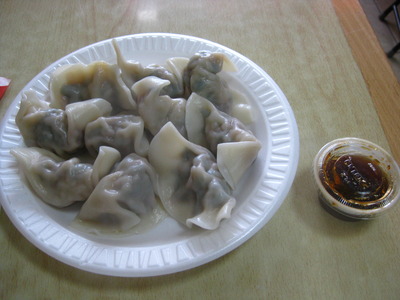 And of course, I once again ordered dumplings.  And of course, once again, they wouldn’t fry them for me since I didn’t speak the language.  Oh well.  This was the only place that came with pre-mixed dipping sauce, which I appreciate because I don’t know what I want in my own.  And I liked it. 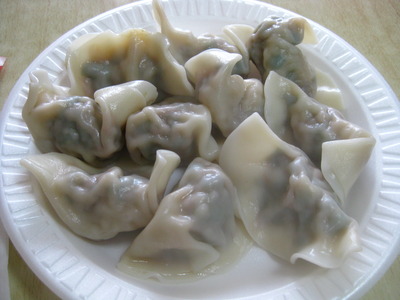 Also, while these dumplings cost the same as at Sheng Wang, there are two less.  Don’t be fooled. 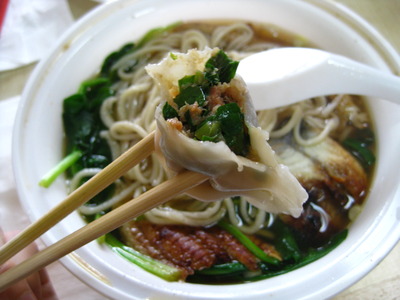 Having said that, these dumplings were pretty damn good.  Until they got cold, of course – then they were thick, doughy and chewy, not in the good way, which is to be expected after the door opens 5 times in a row.  Seriously people come in or stay out!  I’m trying to eat here!

Yvo says: I’d be hard pressed to tell you exactly which I like better, Sheng Wang or Super Taste.  They were pretty similar and both very tasty, I would definitely go back to either; since they are across the street from each other, I imagine I’d find myself at whichever one would seat me right away, which seems like Sheng Wang would win that competition.  Time will tell.  Yummy stuff, super cheap…
recommended