After our horrendous dinner at Windows, we headed over to Tir na nOg which had just recently opened.  Does the name sound familiar?  There’s a location in NYC, right on 8th Avenue across from 1 Penn Plaza.  My b. works in the area, so we’ve been and he goes all the time for business lunches.  He likes the place enough for its Irish ambiance and nod to the cuisine of Ireland. 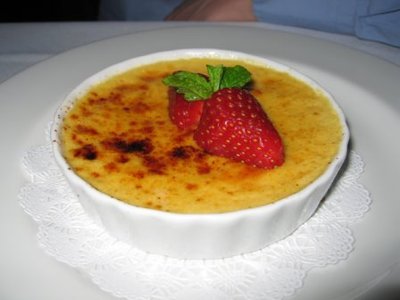 He ordered the Bailey’s creme brulee, which he said was good but not as good as the vanilla bean creme brulee in NYC’s location. 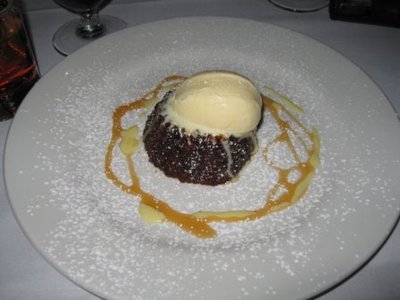 I had a warm toffee pudding with vanilla ice cream on top.  I vaguely knew it wouldn’t be actual pudding, since I’m familiar with UK cuisine a bit, but I was still amused when it came and was spongy and cake like.

We both ordered cordials- he Bailey’s (which was coincidental- he didn’t know that the creme brulee was Bailey’s until after it came) and I Amaretto on the rocks.  After splitting a bottle of wine at windows in the space of 45 minutes, and then wobbling over here to finish up, I was more than a little toasty.  In fact after I downed the Amaretto, I was toasted enough to consent taking the following picture: 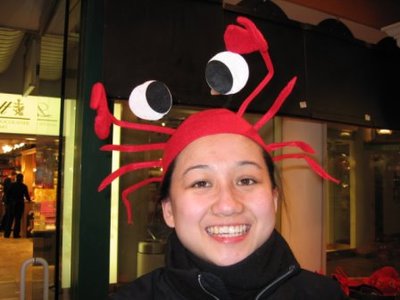 Yeah, real funny.  I should’ve bought the darn hat!  Anyway, Tir na nOg Baltimore was nice that they didn’t bother us much nor seem annoyed that we only wanted dessert despite it being like 6:30 or so.  They seated us right away, and the view there was actually better (closer) of the bay than at Windows.

Yvo says: Very laidback atmosphere (both NYC and Baltimore).  Apparently they recently expanded into Philly from NYC and this is their newest location.  I suggest going here if you’re looking for an Irish pub and you’re in the area; the food is consistently good (not fantastic).  I mean, I can’t attest to the authenticity, but I can say that it was yummy.  The pudding, though, I might skip on next time.