I have some really amazing friends. Included amongst this small group is a lovely woman named Naomi aka the GastroGnome. I consider myself truly blessed to know her… especially when she invited me to partake in her family’s Thanksgiving 2013 feast. Thank you again for all your generosity and hospitality! … all this to explain why I was in Seattle over Thanksgiving – to re-visit a city that I fell in love with but left quietly in the night, never to call again… until now!

In any case, knowing my affinity for fried chicken, Naomi planned a huge fried chicken day for the day after Thanksgiving. Unfortunately, due to some craziness, the places we were going to pit head-to-head were closed, so we wound up only going to a third contender – Ma’Ono – but as I told her, I’ll be back in a flash, and honestly? I eat a lot of fried chicken. It’s okay.

Onwards to our meal at Ma’Ono! 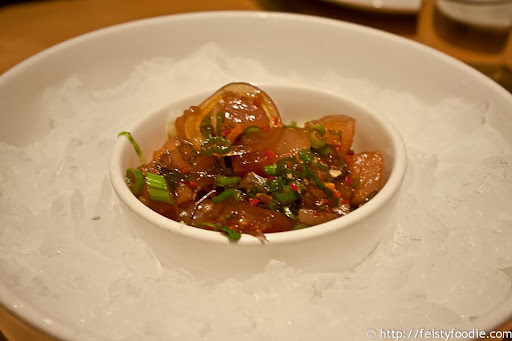 Our first bite was the Shoyu Tombo Poke, a very Hawaiian dish – generally, poke is raw tuna tossed with sesame oil and other assorted seasonings. This one was heavy on the sesame oil, scallions, and was very light, tasty. 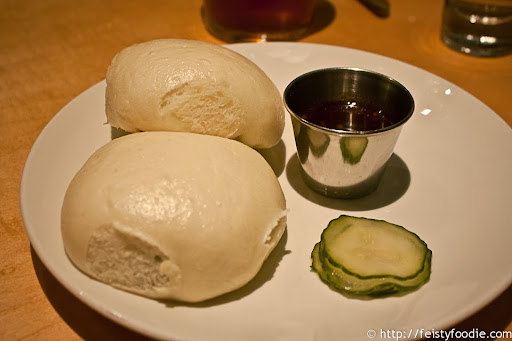 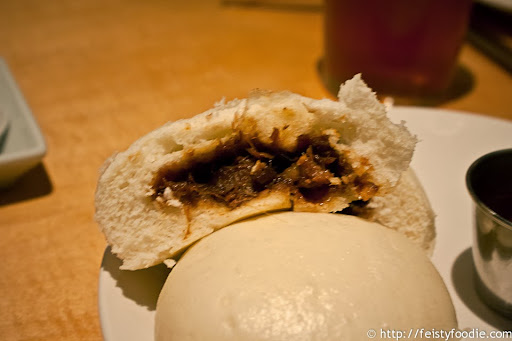 When we discovered they were out of the warm Portuguese sweet rolls (served with whipped pan drippings and sea salt!), we ordered the Manapua or steamed BBQ pork buns. I’d thought it’d be like Momofuku pork buns, so was a little surprised when they arrived more like the Chinese roast pork buns (char siu bao), but they were tasty regardless. 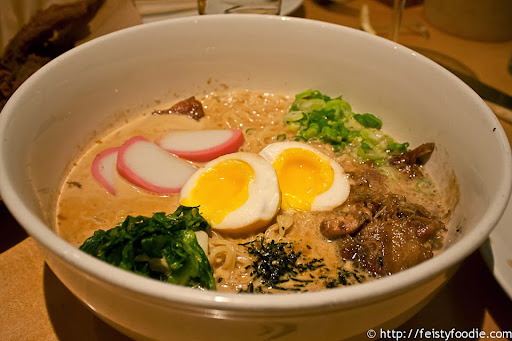 We also split the Fatty Saimin, which came like a heavenly bowl of some of the best ramen ever. 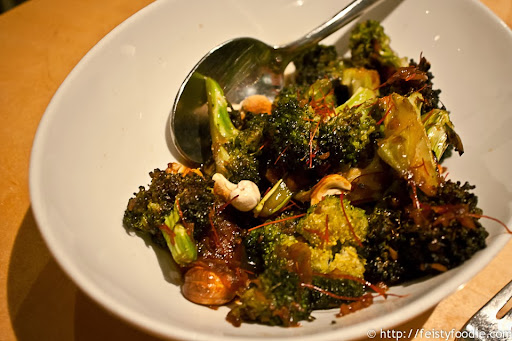 For sides, we had some of the best ‘caramelized broccoli’ I’ve ever had – I would happily eat bowlfuls of this daily if I could – and 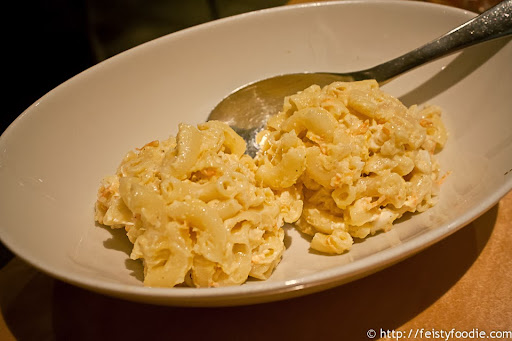 macaroni salad, which, in Hawaii, comes with potatoes in it. This did not disappoint as a foil to all the other rich foods on the table – not that it cut through that richness, but just that it was different.

And now… the main event. 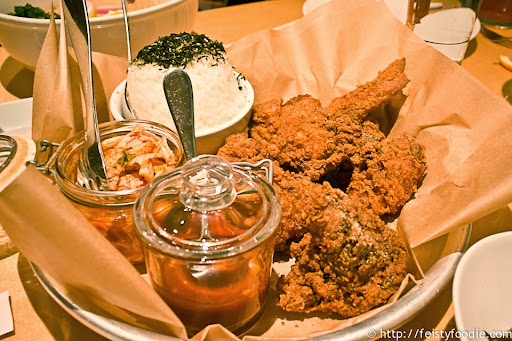 Half fried chicken, for $20 ($39 for a full). This was good. Very good fried chicken. Crisp, moist, flavorful, great texture… this was solid. But y’know… it didn’t knock my socks off. I’m struggling to remember specifics about it besides being good. It doesn’t stand out in my mind as particularly amazing, the way Peaches Hothouse in Brooklyn does. It was just… good. And for $20 for half, with not much accompanying? (Kimchi, hot sauce, and a bowl of rice) – sure, it’s good, but I don’t think it’ll top any of my best fried chicken lists any time soon. 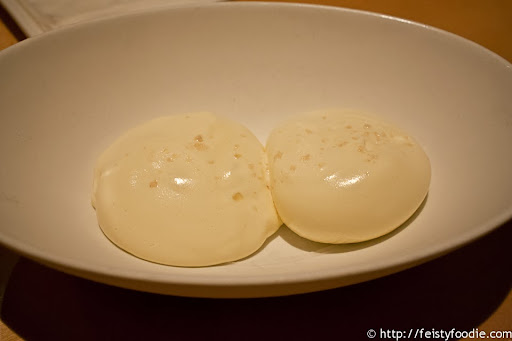 To end the meal on a sweet note, we ordered the popcorn ice cream – which tasted just like popcorn. I’ve a good idea how they make it, and it was solidly tasty.

Overall, I enjoyed my meal – and the Tom Boy cocktail I ordered – at Ma’Ono greatly. Great conversation and company make every meal better. Maybe I’ll go back and order just the fried chicken. I don’t think it’ll make a difference though – the fried chicken is good. But definitely not the best I’ve ever had.