As I mentioned last week, Macy’s just had a party celebrating the Culinary Council’s 10th Anniversary Party. I wasn’t just going to tell you about it and then not go… 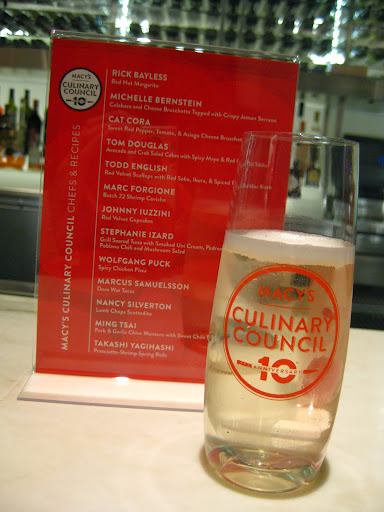 As soon as I walked in, glasses of prosecco – because what’s a celebration without bubbles? It’s not, that’s what! – were handed to me, and I began the drinking. 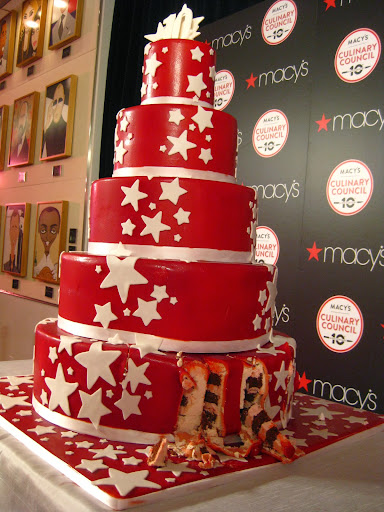 I got there just in time for the cake cutting! I took pictures of the aftermath, though, instead of the actual cutting because these sorts of things amuse me. Gorgeous cake that one of the chefs asked Johnny if he made himself, to which Johnny said “yes” but I can’t tell if he was being facetious or not…

Then the bites began! 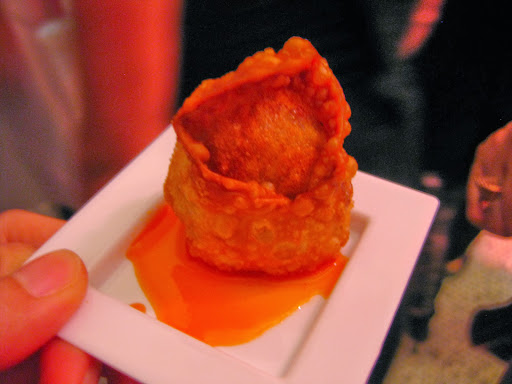 Crispy pork and garlic chive wontons with a sweet chili sauce – though these were very reminiscent of Chinese takeout, they were expertly fried and very juicy pork, with a nice sweet and spicy sauce on the bottom. I ate more than a few of these – honestly, Ming Tsai was the first Food Network chef I started watching back in 2001, so I was really excited and happy to see him there. 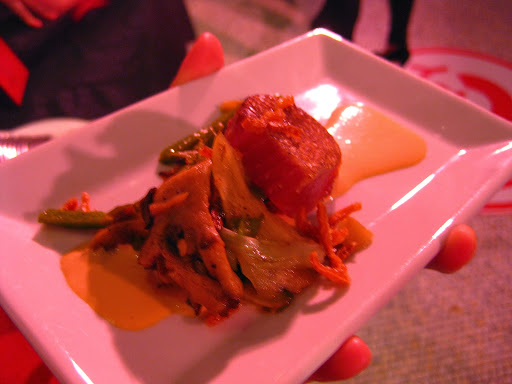 Seared tuna with uni cream – the uni seemed a bit lost on the plate, but the tuna was cooked very nicely. 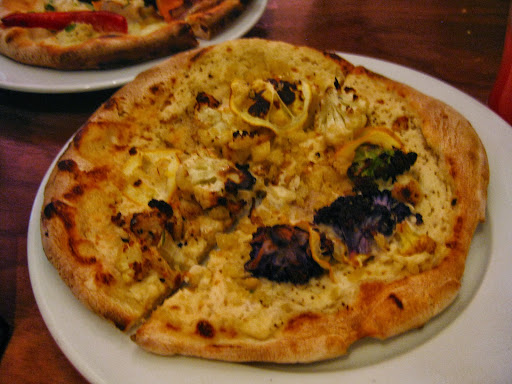 This roasted cauliflower pizza with mascarpone (to my tongue, since there wasn’t a label explaining it) was ridiculously good. Thin slices of lemon graced it, punctuating some bites with a citrus pop, while other bites were creamy sweetness from the roasted veg and the deliciously sweet cheese. YUM. Perfect crust, too… 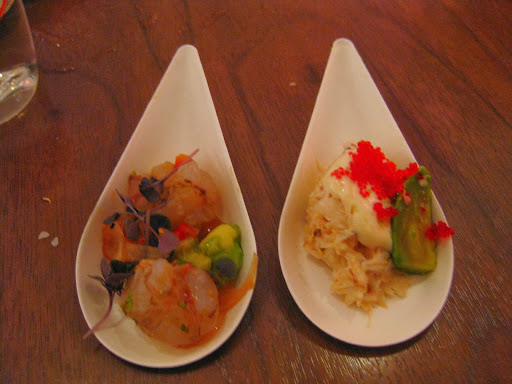 On the left: shrimp ceviche; on the right: Tom Douglas’s avocado and crab salad (yum). 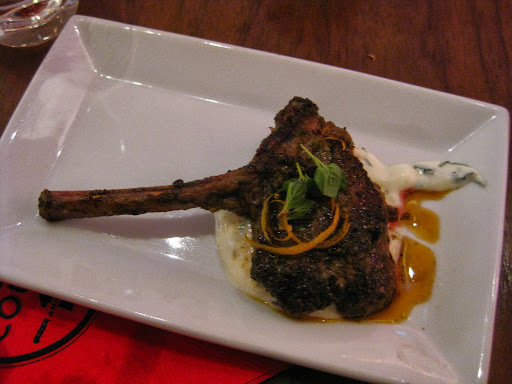 Nancy Silverton’s amazing lamb chop. I won’t tell you how many of these I ate 😉 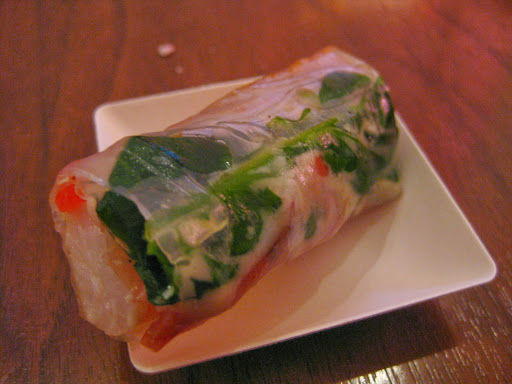 Takashi Yagihashi’s prosciutto shrimp spring rolls – which apparently were so in demand, I could only get one all night! These were super tasty – the saltiness of the prosciutto balanced the sweetness of the shrimp, with great texture, so good. 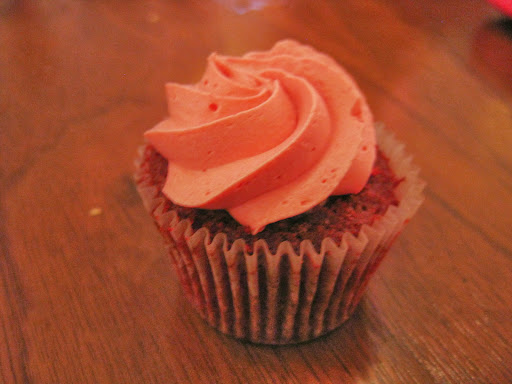 This was around the time everyone started dancing and having a grand ol’ time – Johnny Iuzzini and Todd English were getting down’n’dirty with some of the ladies on the dance floor, while Ming Tsai and Marcus Samuelsson walked around chatting with people. It was an absolutely great time, and I’m so glad I had the opportunity to attend. Food and wine flowed freely, and everyone was obviously enjoying themselves.

Thank you to Macy’s for giving me the opportunity to attend this event – I had a great time, and the food was delicious!