A few months back, I was invited to a pasta making class in Chelsea Market. 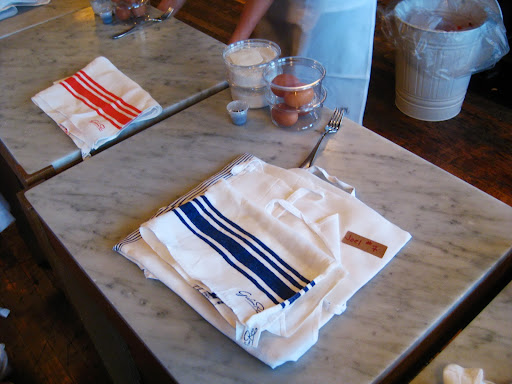 At each station was an apron and ingredients. They asked us our names and I just noticed this isn’t a photo of my station, but you get the point – they put our name and a number on a sticker, to label our items with later. 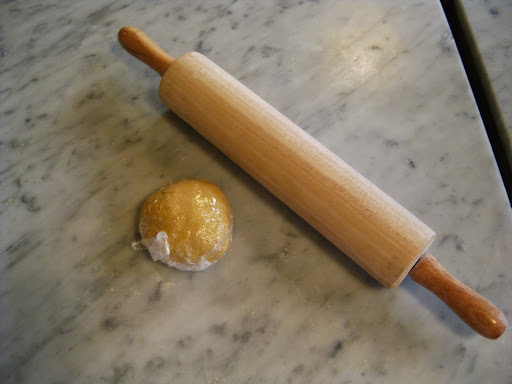 Since it was a hands on class, I didn’t take pictures during the process. I’m not sure if this is my ball of dough; I do know I was extraordinarily proud that my dough even came together, as I historically have trouble making my dough form. But woohoo – mine did come together, and I wound up making savory ravioli and sweet ravioli. 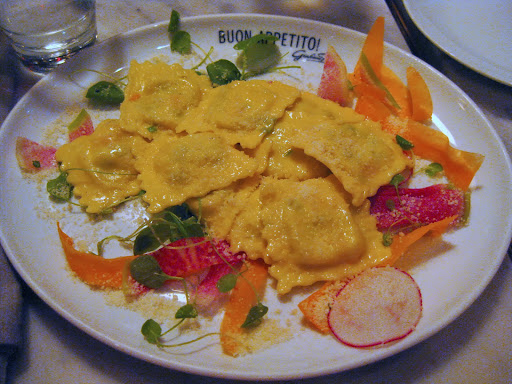 After class ended and we were given our pastas, we were served the same style, but made by the restaurant – fresh and light veggie ravioli. 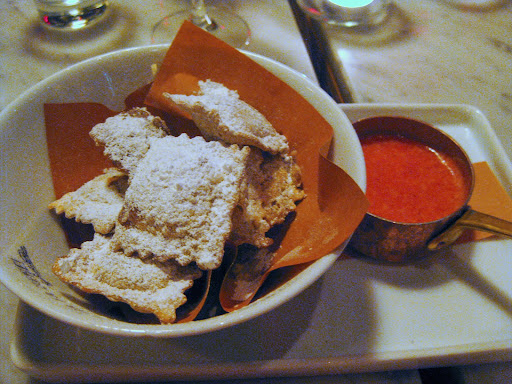 And the sweet – fried ravioli filled with nutella cheese mixture, served with a strawberry dipping sauce.

Overall, the class was fun, informative, and I learned that making dough really isn’t so hard to do (though I probably won’t be doing it at my place any time soon). The only bad thing was that on a hot night like that, they didn’t chill our pastas enough, so taking them home to Queens meant that the pasta all stuck together and wound up being inedible. I had to throw it all away, even though I put them in the freezer as soon as I got home. Sadface.

I do recommend checking out the space though – it’s pretty big, and boasts lots of fresh pastas you can purchase by the pound to cook at home.

*I was not compensated for this post, though I attended as a guest of their PR firm.