This year, CT and I took the plunge and became partial season ticket holders for the NY Yankees and bought the Saturday plan. Therefore, if the Yankees are home at a Saturday, you can find us in the Bronx. For a 1 pm game, we decided to grab lunch on the way rather than getting something at the stadium. We decided to check out Le Pain Quotidien, which opened up a location near us recently. I had never been to one before so was interested to try it out.

They had waiter service or take-away. Since we just wanted a quick lunch, we did take-away but they have a nice seating area for those who still want to eat there.

We both decided to get “Lemonade Iced Tea” or the more common name, Arnold Palmer. CT got hers with some fresh mint. They were $3.50 each. Not cheap, but I could taste they were made in-house. Super tart from real lemon juice, no mixes. 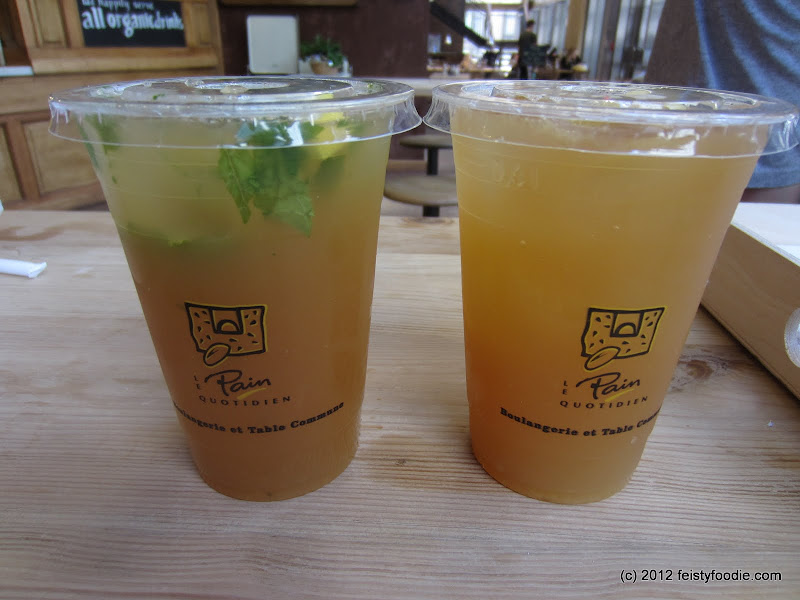 They had a selection of tarts, quiches and sandwiches. We decided to share a couple of sandwiches.

Chicken & Smoked Mozzarella with arugula & basil pesto ($11.75). It came in a nice box that would have been good for traveling, if we weren’t staying in. Quite a long sandwich with a hearty bread. Eventhough there was only a thin layer of chicken and cheese, it was a long layer so it was enough fillings. The mozzarella had a subtle amount of smoke that I liked. I wish they used a little more of the basil pesto since the bread parched my mouth quite quickly. There were also some cucumber slices in the sandwich to add a fresh crunch. 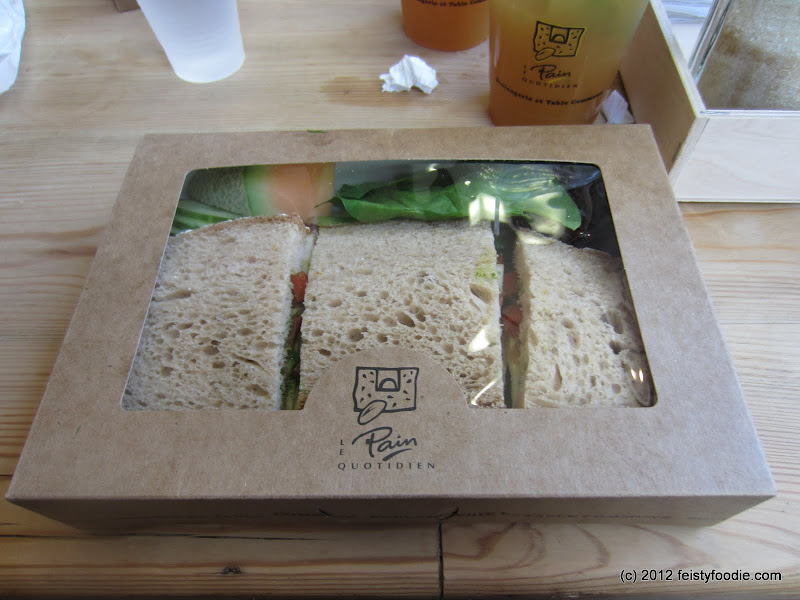 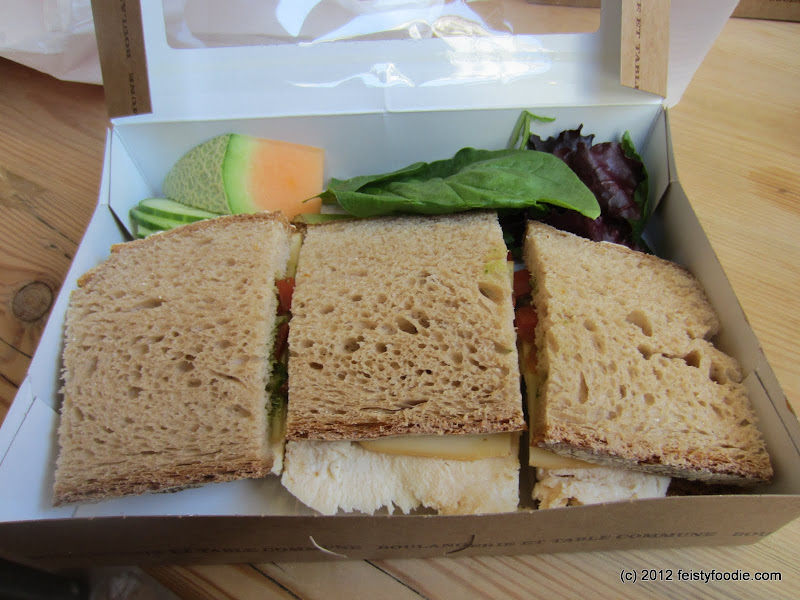 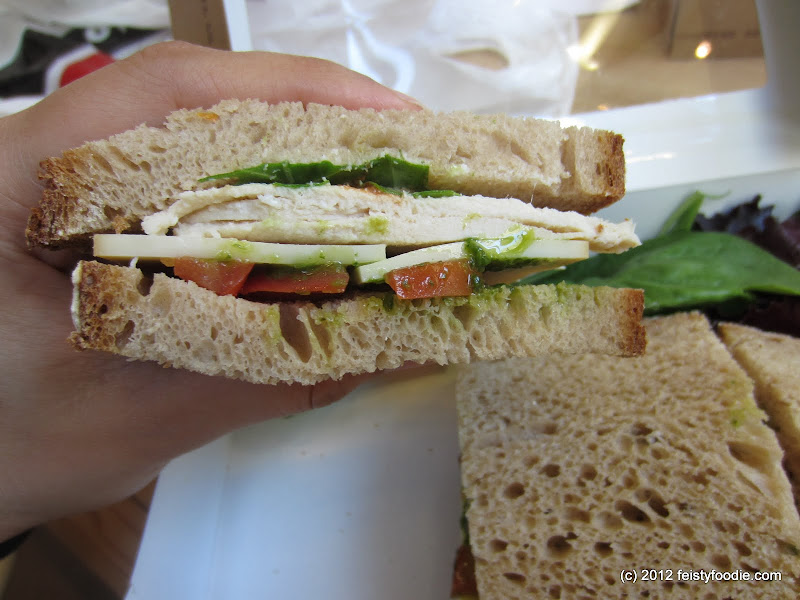 Roasted Turkey & Avocado with whole grain mustard and tomato vinaigrette ($11.75). Another long sandwich made with the same bread. They put the avocado on the side, maybe so it travels better? The mustard was the real star of the show. Tangy and spicy, but again there could have been more to add more moisture to the sandwich. 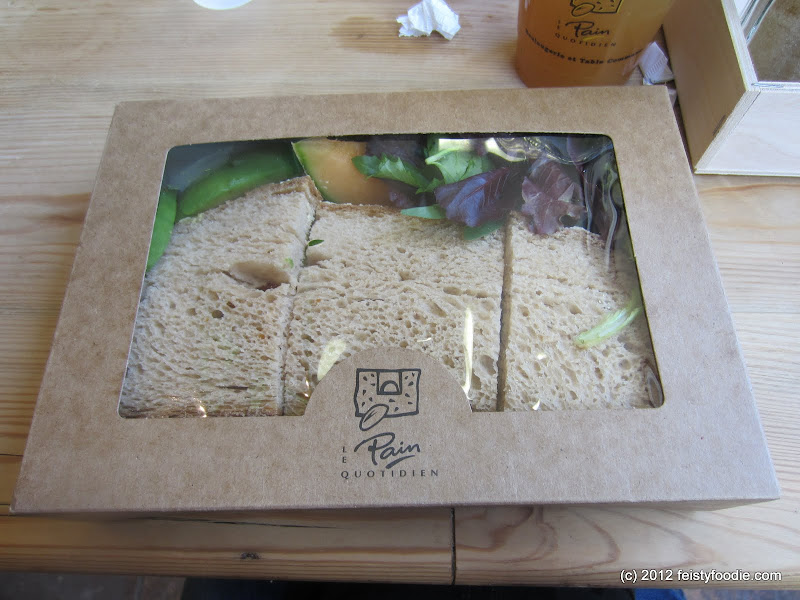 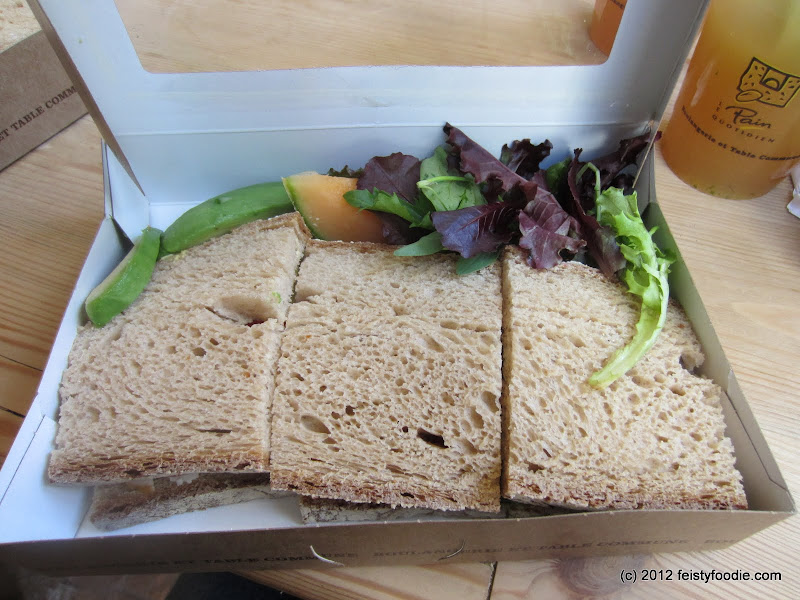 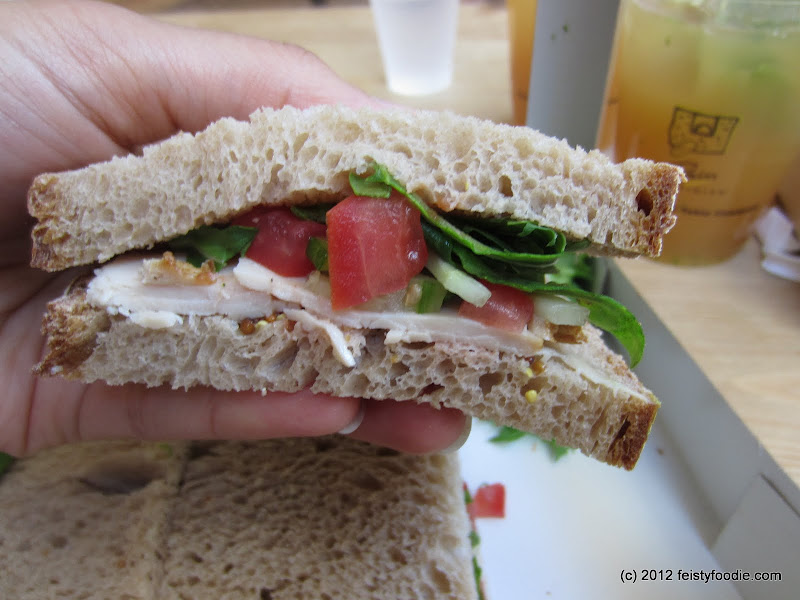 All in all, it was a nice quick and light lunch before heading up for the game. It was pretty expensive but the ingredients were of a pretty high quality to warrant the price. I might try the waiter service another time to see what it is like, but I don’t see myself returning anytime soon.