As it had been about three months since the last FBM Potluck, it was time once again for us to get together for plenty of food and drink. This time around Beer Boor was our gracious host.

KC was ready for the holidays and made us a Pizza Rustica. 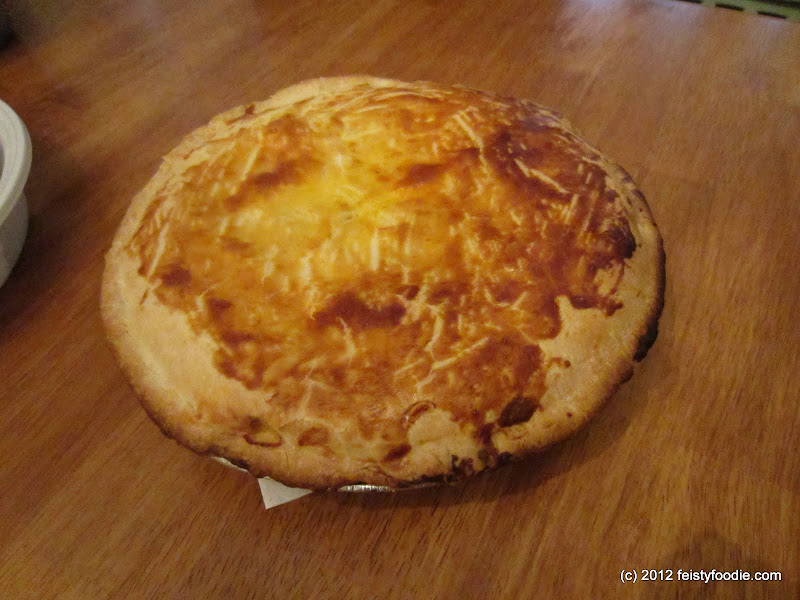 It was full of various meats and cheeses. Very delicious but lethal. I could have eaten this whole thing myself. 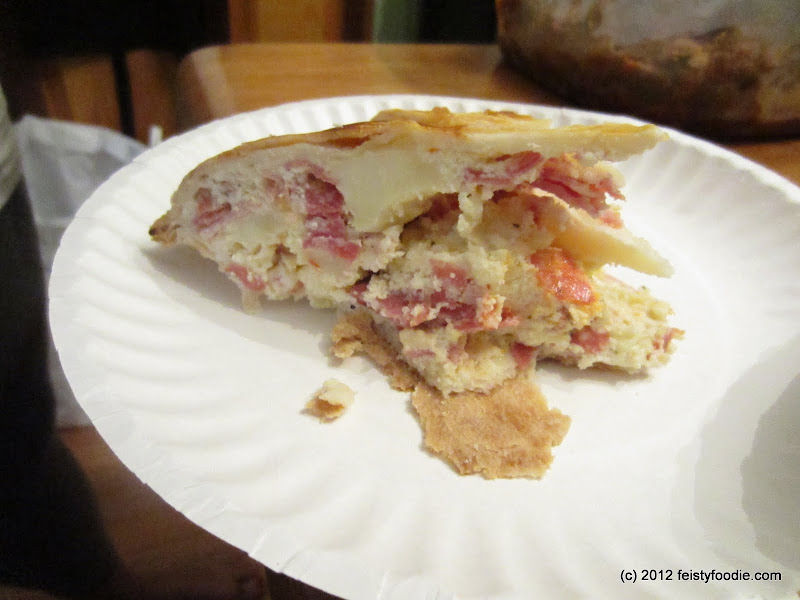 CT made Barbacoa for the first time in our crockpot. She was a little disappointed it came out dry, but the fresh avocado salsa she also made fixed that problem. 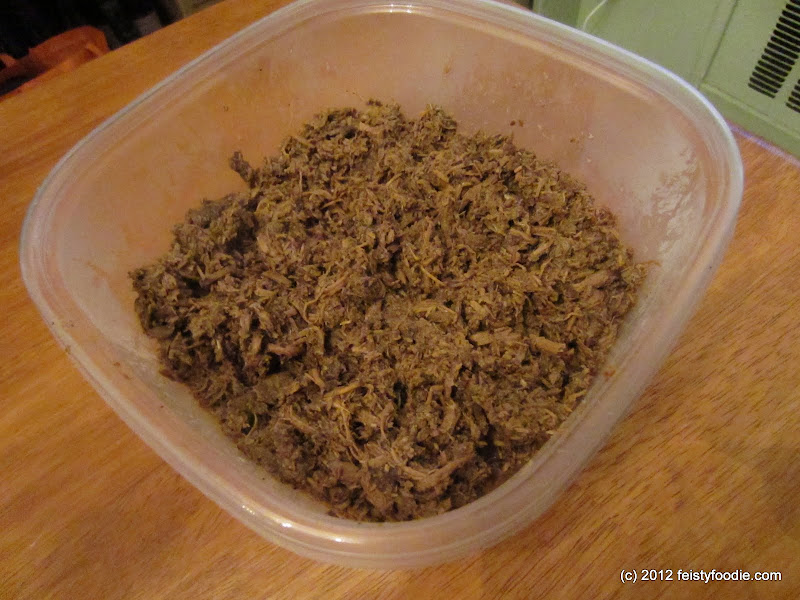 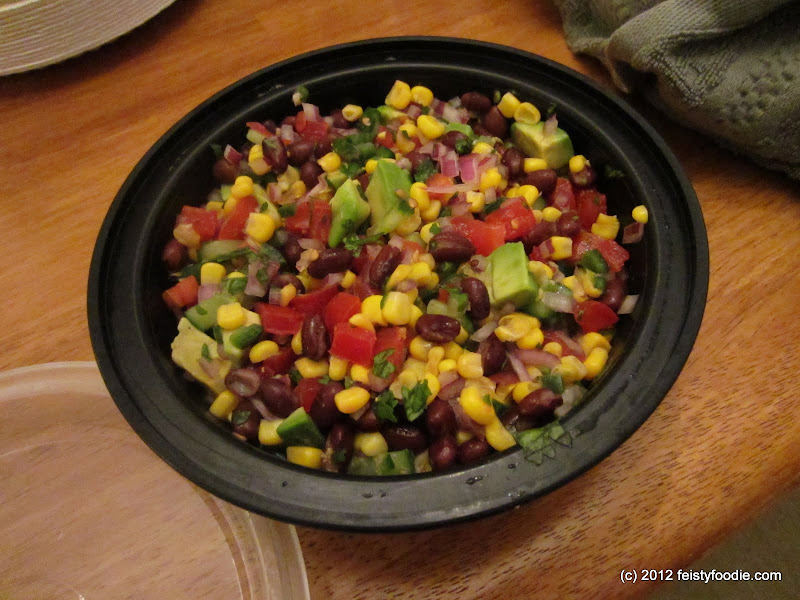 I took a shot at making Korean food this time around; Pork Bulgogi. I had wanted to make Esther’s recipe from Ambitious Deliciousness for a long time but never got around to it until now. It turned out GREAT and was pretty easy to make. You just need a couple days to marinade the meat and then it cooks quickly on a grill pan. I brought some romaine to make lettuce wraps. It also helped cool down the spicy meat. Thanks Esther for posting your recipe. I’ll definitely be making it again. 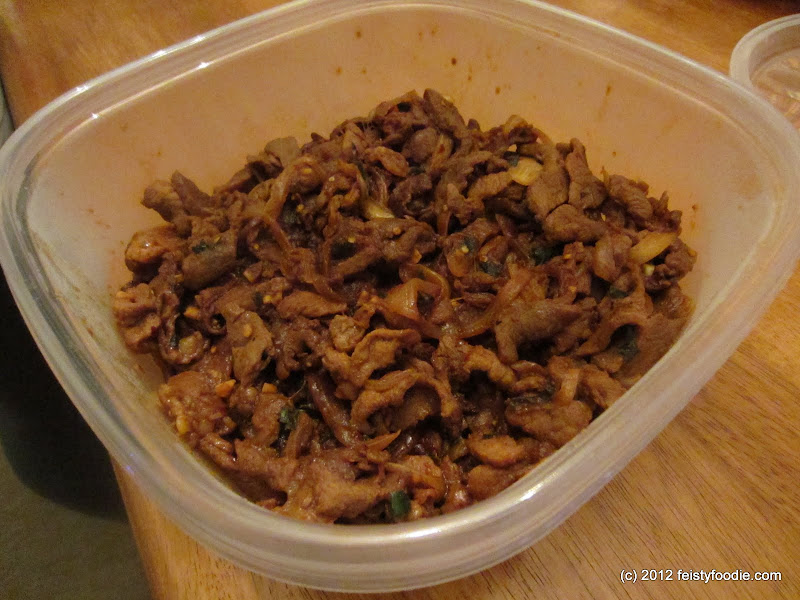 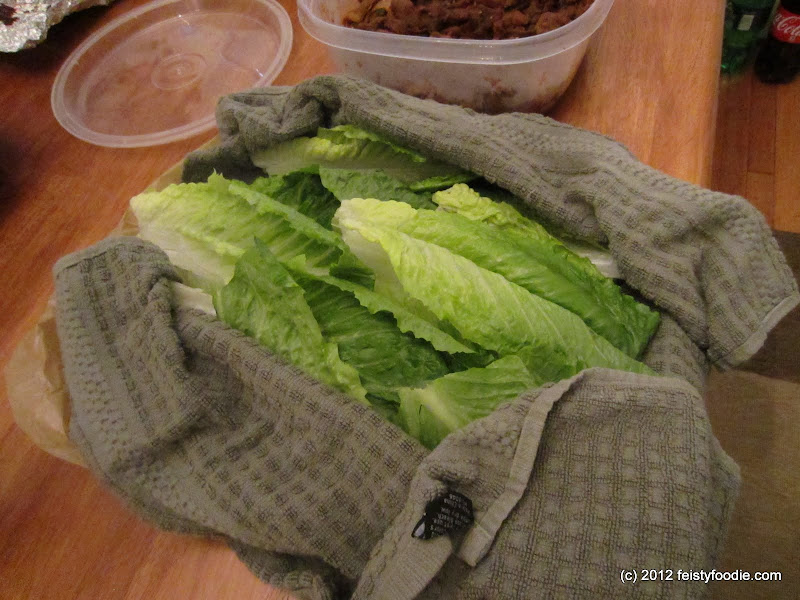 Beer Boor took a shot at making mini Chicken Fried Steaks. They turned out very well. He really knows how to fry! The steaks were served with onion rolls and gravy. I had seconds and possibly thirds. 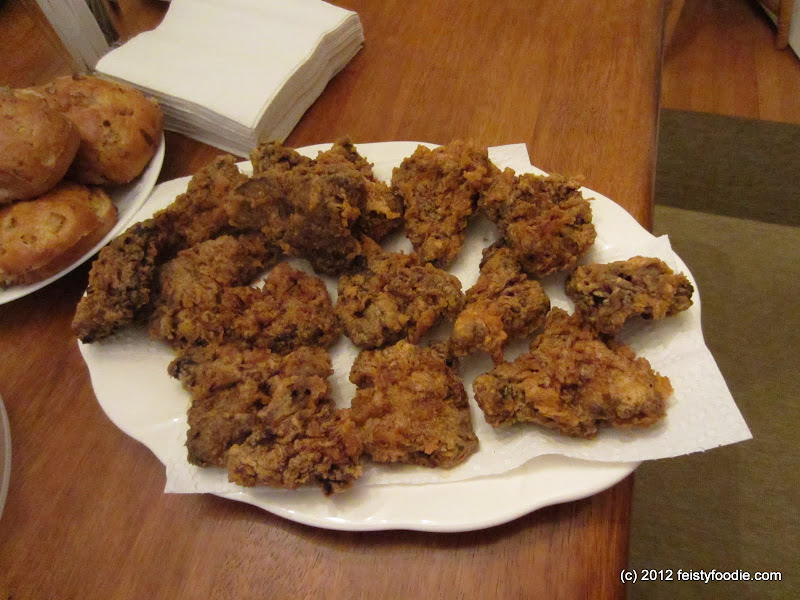 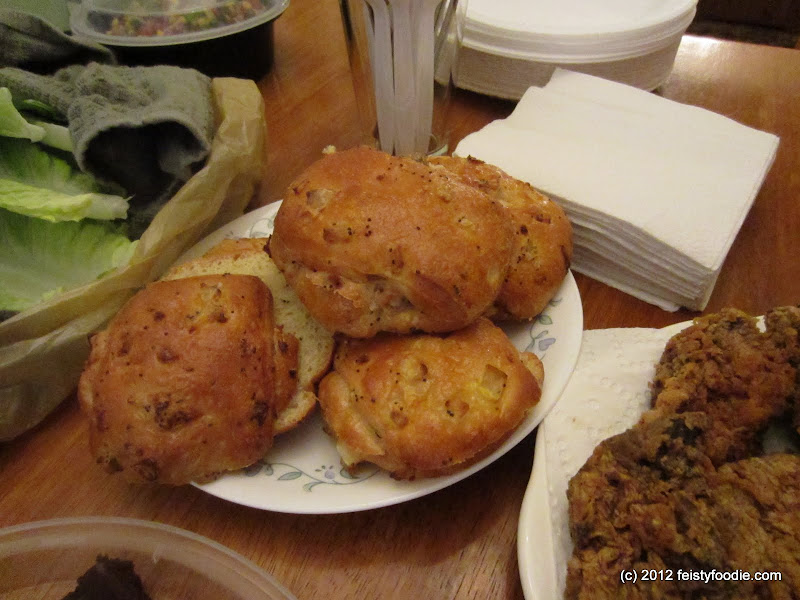 Dean made Lotus Root Salad with freshly fried shrimp chips. I gotta be honest when I heard salad, I didn’t have high expectations. It turned out to be one of the best dishes of the day. There were a lot of different flavors and textures going on from the lotus root, shrimp, fried onions and more. It wasn’t the easiest thing to eat on top of the chips, but very good regardless on how it ended up in my mouth. 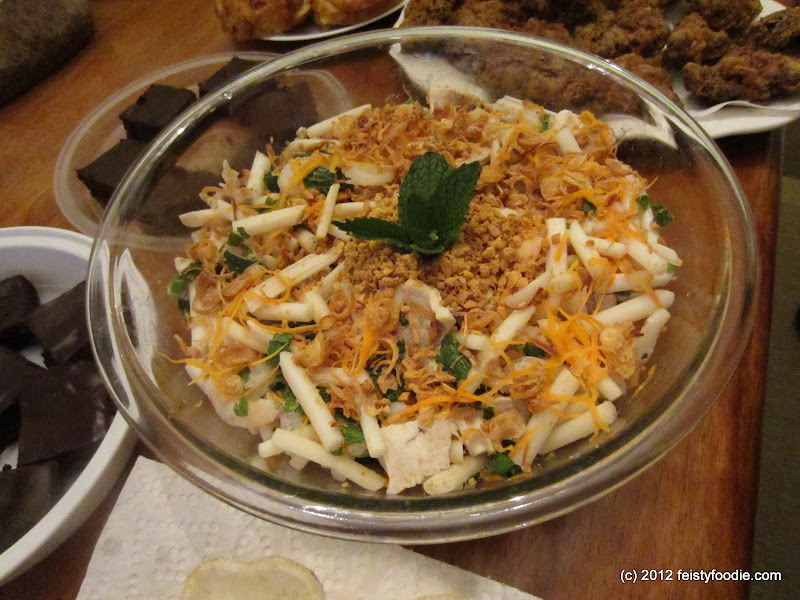 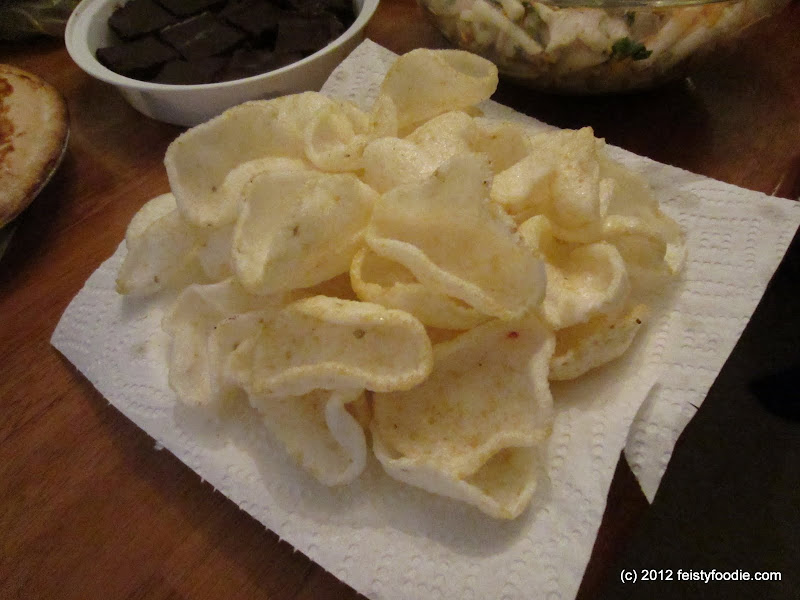 Hungry is always one to have multiple contributions.

She took over Yvo’s role as bartender and brought a huge jug full of vodka infused with pineapple and lime. It was super potent and needed to be cut with seltzer, however the sip I had was delicious. I tend to stick to beer during the potlucks or else I am prone to pull a TC and pass out.
She also made some red wine braised shortribs. I don’t think they came out exactly as planned, but I am pretty sure it was her first time making them. I will happily be the guinea pig the next time she makes them. 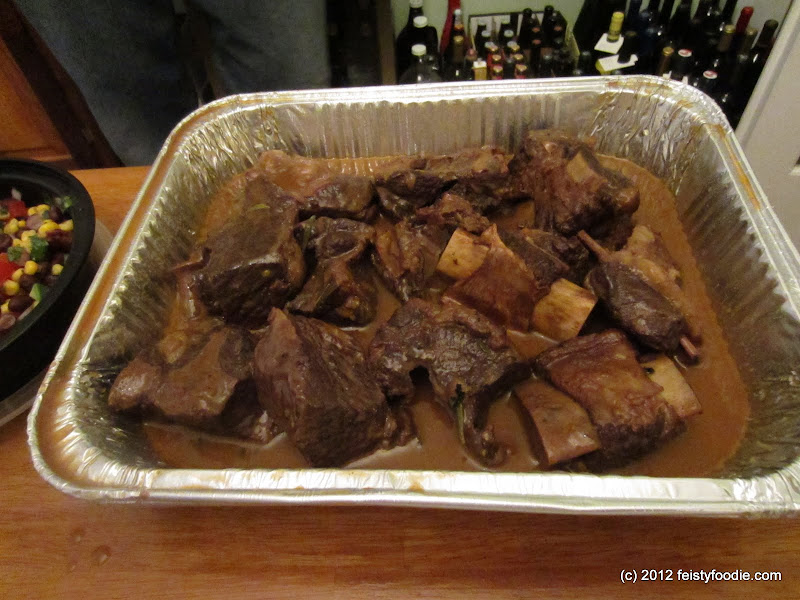 Gaji brought some spiced cauliflower. I liked that it wasn’t cooked fully through so it still had some texture. It was good to get some veggies in where I could. 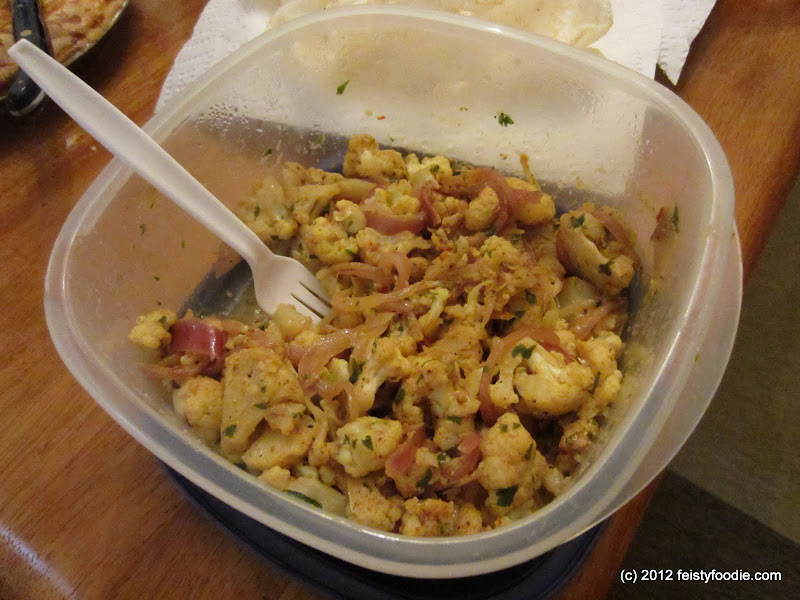 Cheeeese made some pulled pork again. He changed the recipe up this time with some different spices. Can’t blame him for making the same thing because who doesn’t like pulled pork? 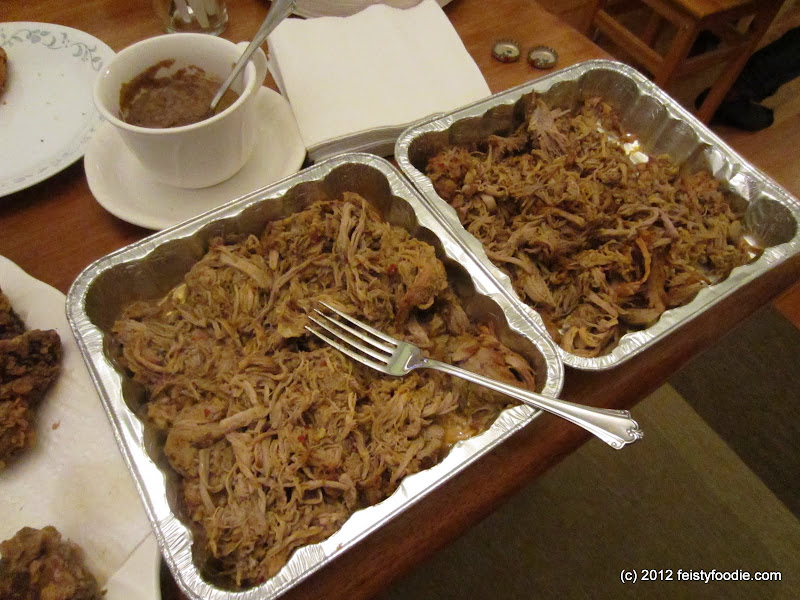 KC also brought out some homemade Philly cheesesteak stromboli!!! We love when KC makes strombolis for us. This quickly disappeared which is all that needs to be said. 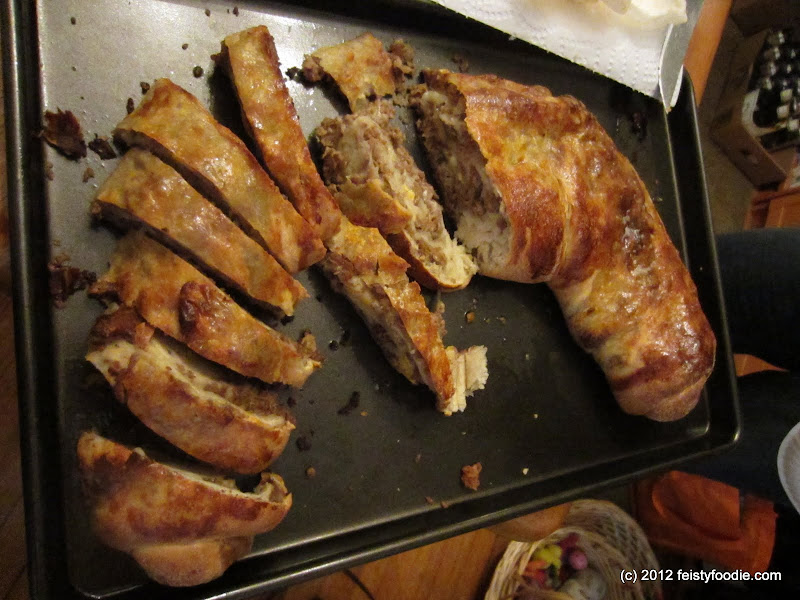 Hungry made us a Chocolate Cream Pie for dessert. 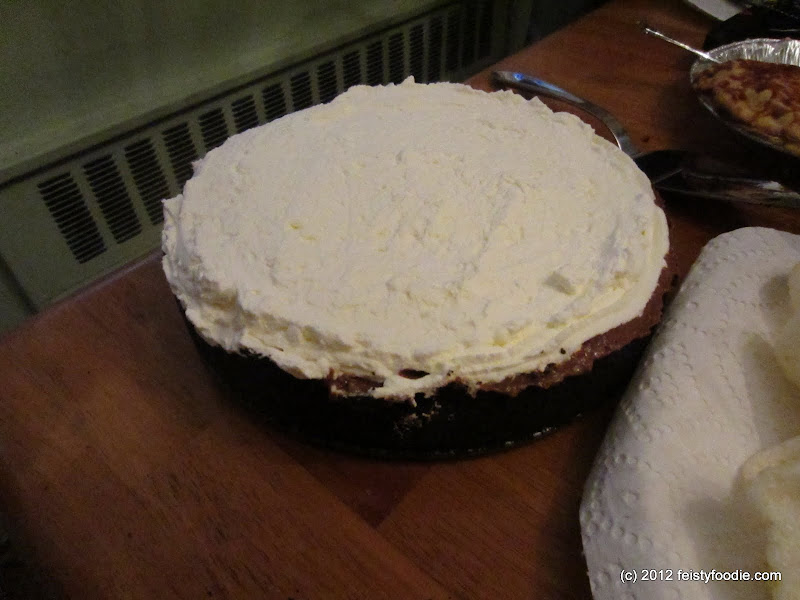 CT has been on a baking kick recently and adapted a recipe for Rum & Coke Brownies. 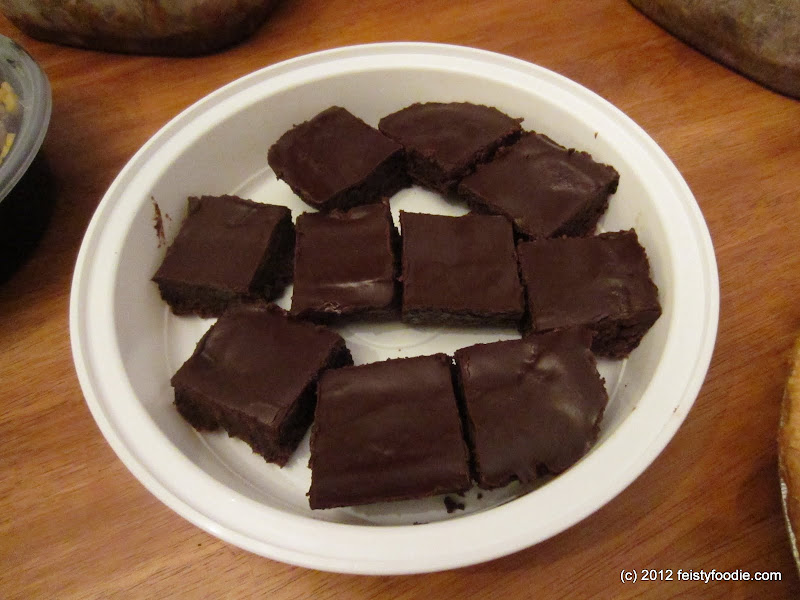 Thanks to TC, LBA and Beer Boor for providing the booze and beer.

All in all, another successful potluck! We really have this down to a science. Stay tuned for the next potluck in a couple months.