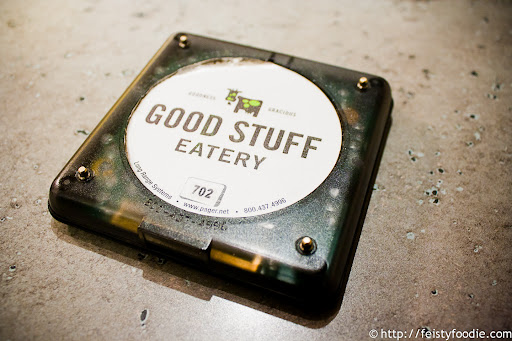 I headed down to DC over Easter weekend because I wanted to catch the cherry blossoms… but with a mild winter and an unseasonably warm end to winter, the blossoms were all gone by that time, ugh. I saw more blossoms in NYC than I did in DC… in any case, I asked my friend Aimee for suggestions where to eat. She mentioned Good Stuff Eatery whose owner, Spike Mendelsohn, I’d previously met. (I was feeling particularly lazy and uninclined to look up my own places to visit.)  When we arrived, I was pretty surprised to see how it was just like an indoor Shake Shack – a burger joint, basically, order at the counter, get a pager and grab your food when it’s ready.

And it’ll take forever because it’s all made to order.  Especially when someone takes your milk shake and they have to make another one because they didn’t check to make sure the person taking the milk shake was the rightful owner… 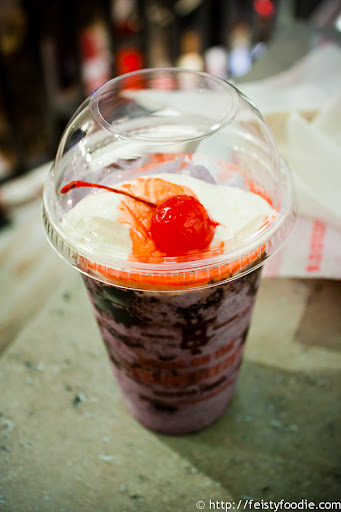 Though there was a toasted marshmallow shake on the menu that called to me, I decided to get the seasonal option: one celebrating the cherry blossom festival, since I couldn’t go. Unfortunately, the artificial cherry was super cloying and just not pleasant at all, even with chunks of cherries in it. I was extremely disappointed in this…

DLS opted for a simple root beer float and seemed happy with it. 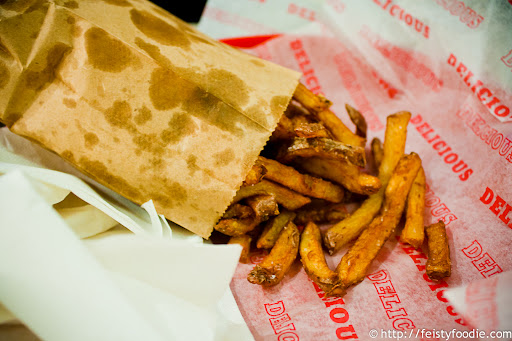 I thought our fries were only alright, a bit soft.

We split two burgers: first, the Colletti’s Smokehouse: Applewood Bacon, Sharp Vermont Cheddar Fried Vidalia Onion Rings With Chipotle BBQ Sauce. Both of us thought this was OK. We hadn’t been asked how we’d like our burgers cooked, and while you could tell they were made fresh and with real meat, the meat didn’t really have anything special going for it.

The other burger we tried was the Spike’s Sunnyside: Dairy Fresh Cheese, Applewood Bacon A Farm Fresh Fried Egg On A Brioche Bun With Good Stuff Sauce. We both liked this one better – the egg was awesome, and everything just worked together. But even so, the burger was less about everything working together to create an awesome burger and more about the mess of food it was. I wasn’t impressed.

Since we went to the Capitol Hill location, we wandered around outside and I took pictures of the Capitol for a bit. 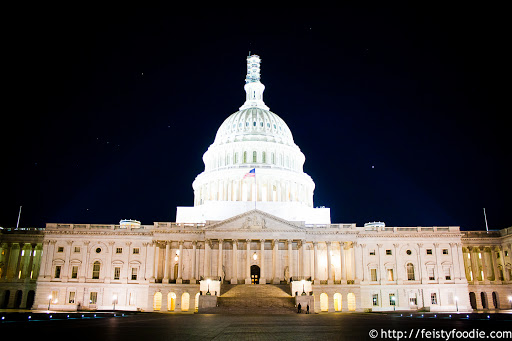 Unfortunately, the peak is under restoration or something, so there was scaffolding around the top to mess up my photos… 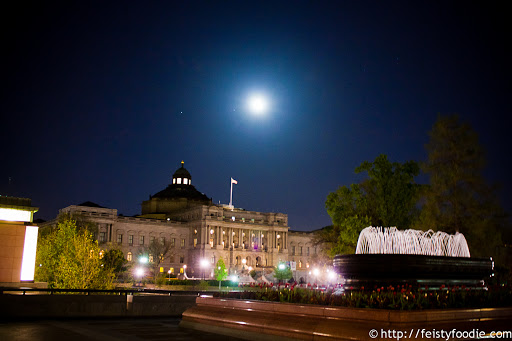 Closer up. This may have been one of the shots where I sat on the floor to get it… I learned that from my dad, sometimes you have to just find a better position to frame the shot the way you want to.

Back to the food: I thought Good Stuff Eatery was suitable for a quick bite – even though it took a good 15 minutes or longer to get our food, and only because there was no line when we got there – but it wasn’t anything to get you excited.