Parm has been on our radar since it was first announced last year. They had a “preview” with a stand at Yankee Stadium, where Beer Boor thoroughly enjoyed the meatball parm sandwich. A couple months later, the store front was opened next door to their sister restaurant, Torrisi Italian Specialities. The Torrisi guys can be considered the chefs of the moment here in NYC and can do no wrong.

We tried going before one of CT’s volunteer sessions previously, but the wait was too long for us so we went to La Esquina instead. We then read that TC really enjoyed his chicken parm hero during a visit with Yvo, so we knew we had to try going again real soon. This time around, we left a lot earlier to allow for plenty of waiting and eating time. As it turned out, we were seated immediately after arriving around 12:15 on a Sunday. It helped that it was only two of us as the space was extremely small with mostly two-tops, some bar stools and a couple four-tops. The tables were pretty close to each other, so you have been warned.

We “checked the sign” when we walked in and the light was GREEN! 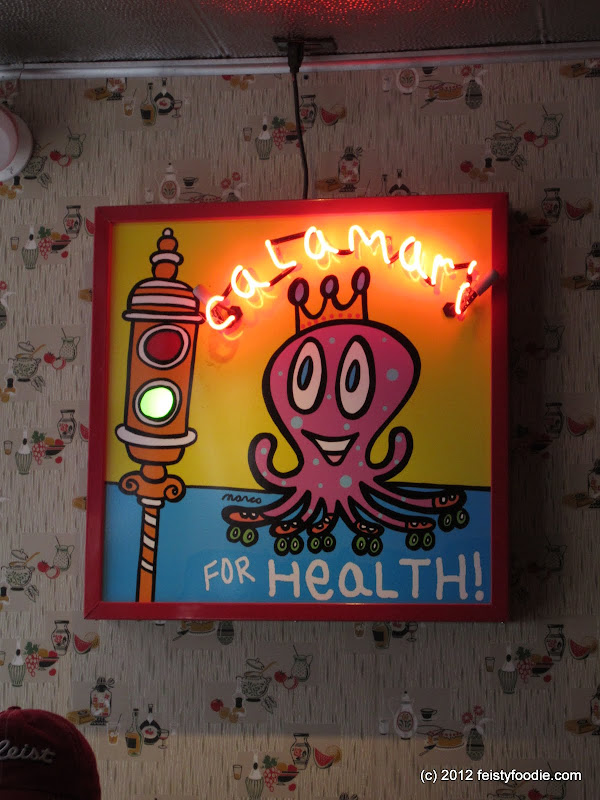 That meant we absolutely had to order the fried calamari ($12) since it was available. It was mostly rings with a few tentacles and some green bell peppers. Everything was lightly coated, but still nice and crunchy. It came with marinara sauce and house-made Tabasco mayo. Both sauces were very good. 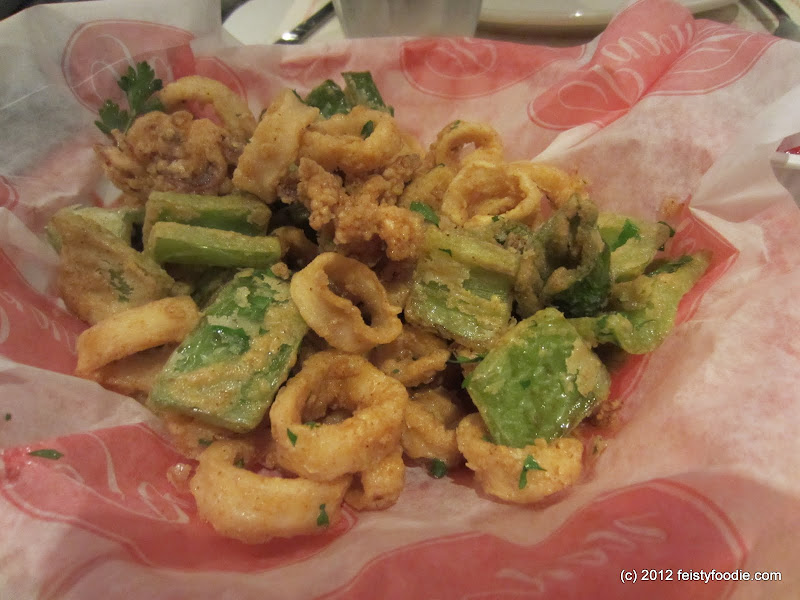 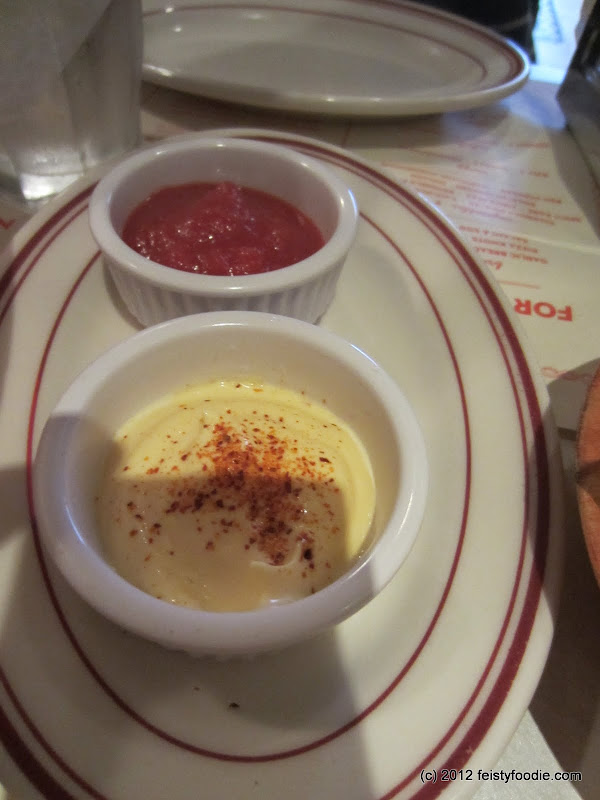 Was it the best fried calamari I ever had? Probably not. Was it good and did it hit the spot? Yes. I don’t think fried calamari can ever be a destination worthy dish, but if you are already there and the green light is on, you should get it.

We also started with the Sunday salad ($6) to be “healthy.” After asking our waitress, she told us it was basically the super simple salad you got from the generic Italian restaurant growing up. It was a pretty small portion, so not really for sharing, but we did anyway. The salad was overdressed and unfortunately the bread we hoped would accompany and remedy this never came. We could have asked, but I am sure it would have cost extra. Regardless, it was a good salad that brought me back to the days of going to Tony’s Touch of Italy with my parents. 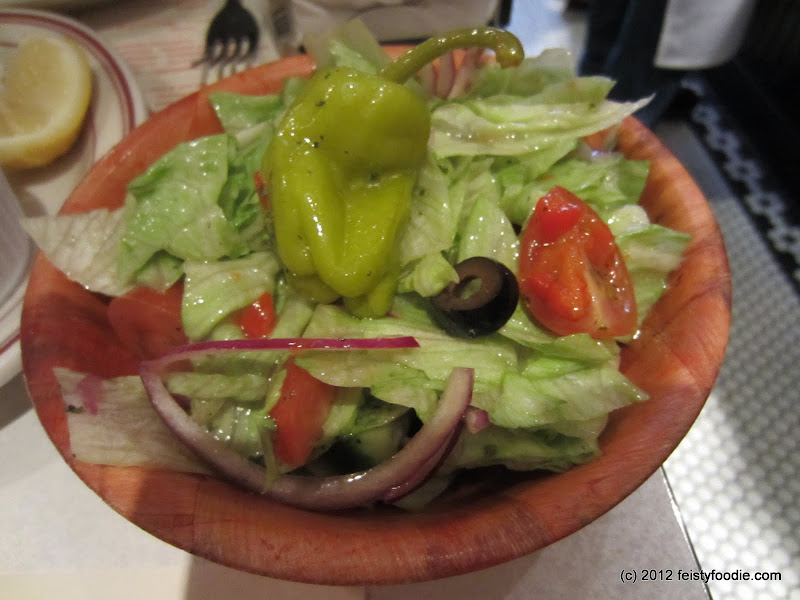 We shared the Chicken Parm on a Roll ($9). It was indeed one of the best chicken parm sandwiches I have ever had. The perfectly blistered, melted mozzarella and tangy tomato sauce along with the perfectly fried chicken was pretty great. However, the roll began to quickly disintegrate under the heft of sandwich and juice from the tomatoes. I would spend $3 more to get the hero roll next time. 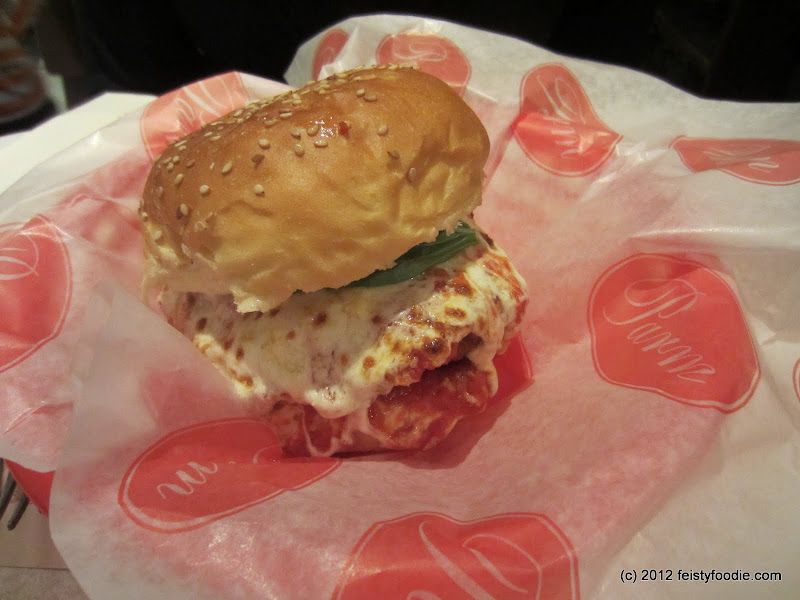 I decided we should get the Saratoga Club ($12) since it also had gotten great reviews. It consisted of some of the best chicken salad and crispy bacon topped with potato chips that I ever had. The bread was toasted perfectly, so it held up the various layers quite well. Super savory with just a bit a sweetness from the tomato slices. It came with a small slice of a half sour pickle; my personal favorite. You should definitely try this! 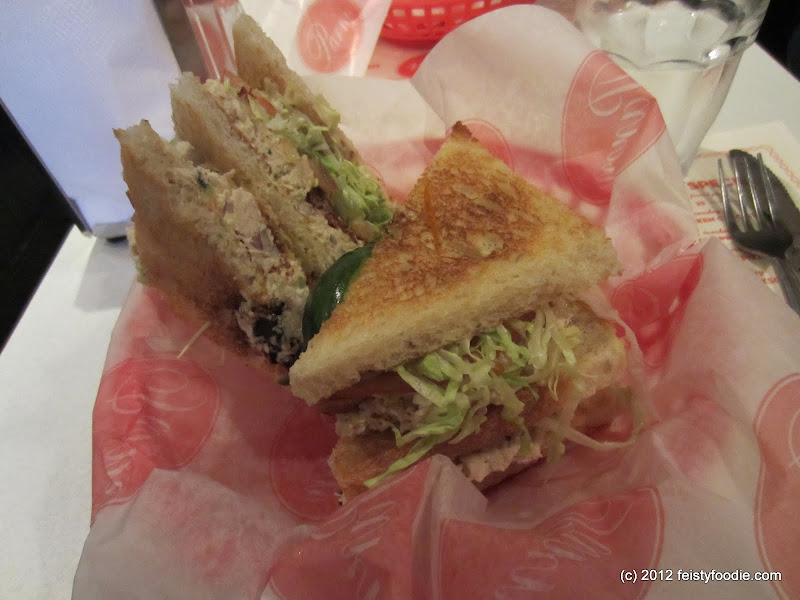 All in all, Parm was as good as expected. We enjoyed everything we got and can’t wait to return to try some of the other menu items. Maybe a meatball parm or baked ziti? Prices were a bit high, but not unreasonable considering the quality of the ingredients and the neighborhood. Hopefully, they will also be back at Yankee Stadium this year too.