Last year, it was announced that Wahoo’s Fish Tacos was making the trip across the country and opening up a location in Manhattan. This news was welcomed by us since we will freely admit that the taco scene in LA is hands down 1000x better than NYC. Fortunately, we are starting to catch up. i.e. great fish tacos at Mermaid Oyster Bar. Once Wahoo’s finally opened back in January, CT & I had to check it out. Of course we gave them a month or so to work out the kinks associated with opening a brand new restaurant. CT and I took a Friday off recently, which was a perfectly opportunity to meet up with her sister, ML, for some tacos.

Since CT is the best girlfriend in the world, she got a table and ordered for me since I was running a little late from the gym. They got there at the perfect time because the food came out just before I arrived and a huge line began to form.

They actually offer a lot more than just fish tacos including shrimp, carnitas, chicken and veggies. I think they were mostly about $3 each.

ML tried each type of the fish taco; grilled and cajun. They were dressed the same as you can see, so I have no idea which was which. I believe she was quite happy with the tacos, especially after adding some additional hot sauce from the bottles on the table. 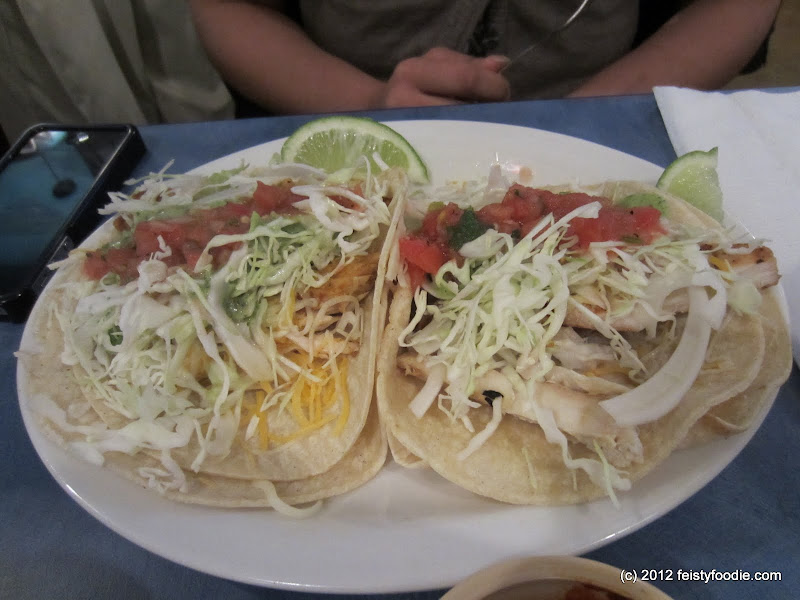 CT went for a cajun fish and shrimp taco and enjoyed them both (no separate pictures since they all looked the same). She especially liked the selection of hot sauces on the table, but thought the special green “wahoo” sauce was just ok. Probably not worth the extra cost though.

I was hungry but didn’t feel like getting a combo platter that includes two tacos with rice and beans. Instead I got three different taco; cajun fish, carnitas and shrimp.

The cajun fish taco was pretty mild, so a little hot sauce was a quick fix. It wasn’t fishy at all. I was happy with it. Sure it would have been better if it was battered and deep fried, but who needs those wasted calories? 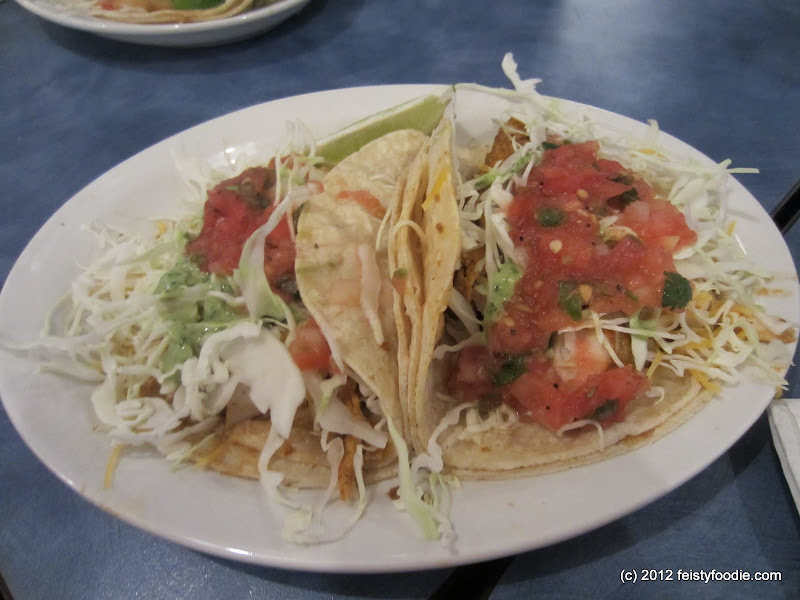 Here were the shrimp (right) and carnitas (left) tacos. They doubled up on the corn tortillas, which is always a good sign since one tortilla usually falls apart underneath the heft of the fillings. Although they didn’t look it, each had a pretty fair amount of fillings. I was impressed that they didn’t try to scam with three or four measly shrimp. There were at least five or six perfectly cooked shrimp. The carnitas were nice and juicy and proved they can cook other proteins besides seafood. 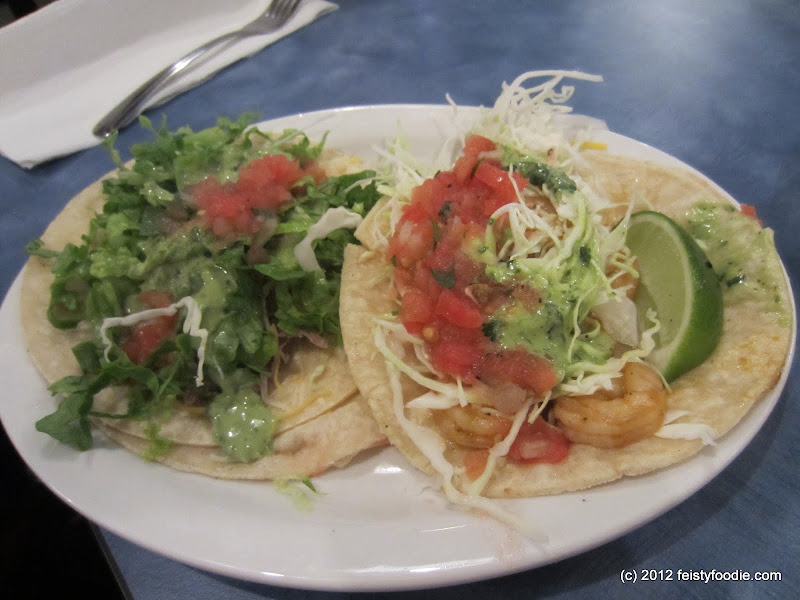 Another shot of the shrimp taco. 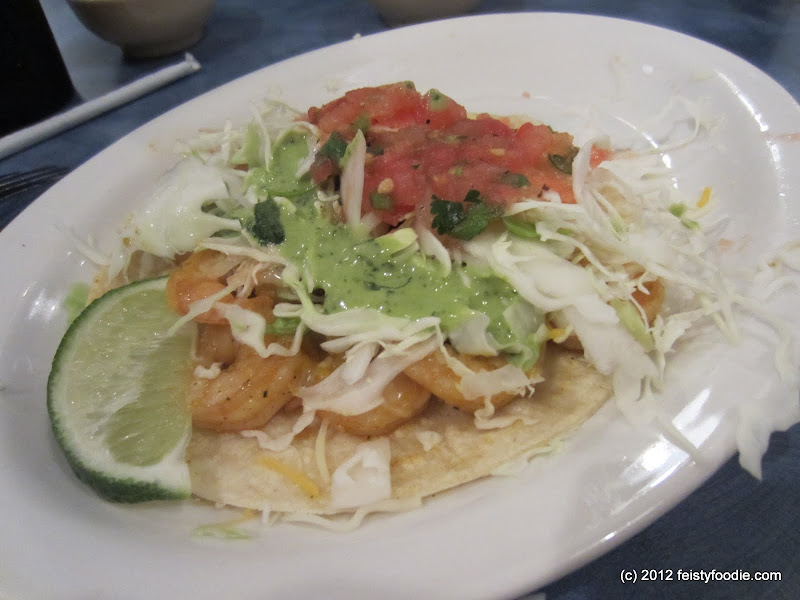 All in all, I was pretty happy with my lunch at Wahoo’s. Prices were reasonable and the tacos were full of protein. Was it the best fish taco I ever had? No, but it hit the spot and is pretty convenient. I am glad they decided to try their luck by opening a location in NYC.

After we said goodbye to ML, we headed home but needed to pick up a couple things. On our way, we noticed a new Vietnamese place on 26th Street between Lex & 3rd called Luu’s Baguette. Baoguette has been around the corner on Lexington for years, which both of us have enjoyed thoroughly. Were they finally getting some competition? Will Curry Hill become Banh Mi Hill? In addition to banh mi, they offered a variety of Vietnamese dishes like pho and buns in a super casual environment i.e. counter service. 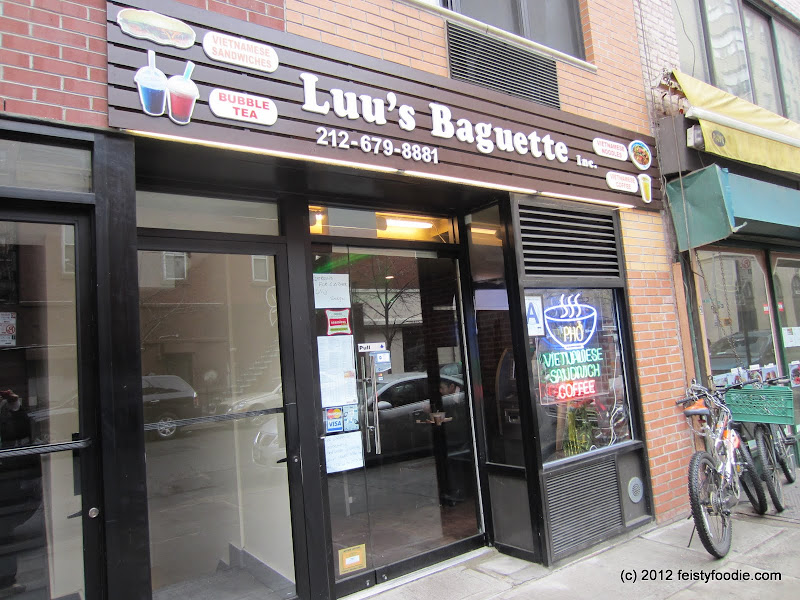 I got a Vietnamese Iced Coffee ($2). It was nice and strong without being too sweet from the condensed milk. 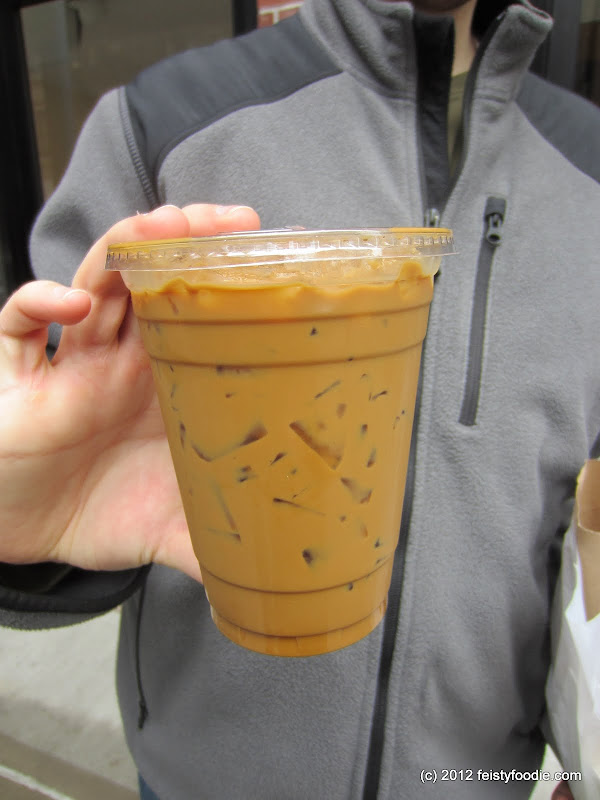 We saw that they had pork buns, so we decided to split one for “dessert.” I think it was also $2. As you can see from the innards, the pork was bad! It was like leftover char siu from dingy Chinese takeout. However, we’ll go back to see how the pho and banh mi are. It’s definitely a lot more convenient than Pho Sure. 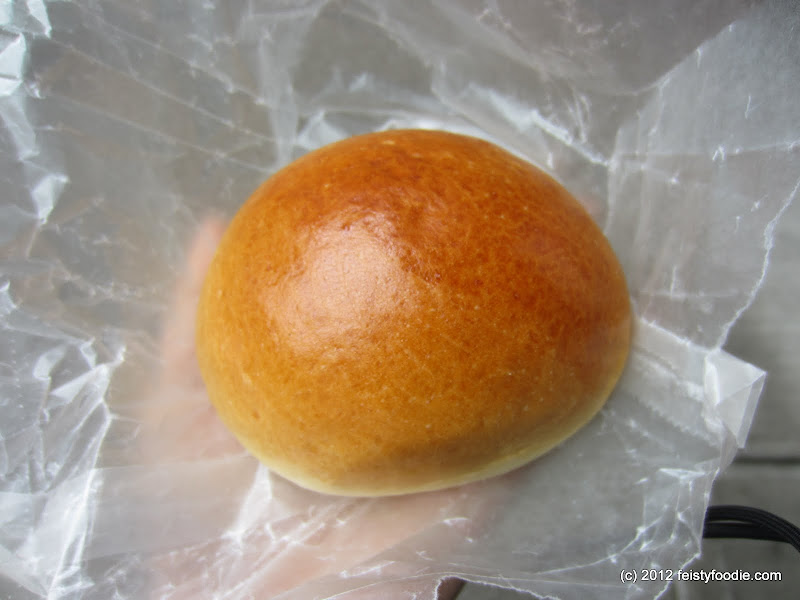 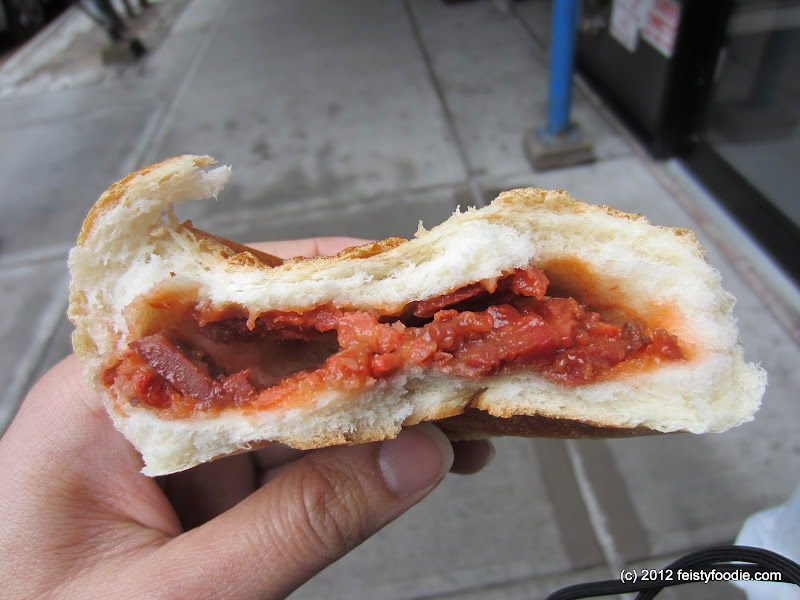