As you may or may not remember, my Aunt B likes to host dinner parties. They can be quite epic events upon themselves and a holiday of their own like Christmas. Since she has gotten to know CT’s parents quite well, she invited both of our families over for a feast. She was the lucky person to attend both dinners CT & I made for our respective parents, so it was fitting that she made dinner for all of us (including CT’s sister and brother-in-law). Unfortunately, my sister who just returned from living in Costa Rica for the past year was ill and unable to attend. It was also another opportunity to welcome CT’s Mom back from her long trip to India.

Thanks to CT for taking most of the pictures while I helped Aunt B out with various tasks.

The coffee table full of appetizers. 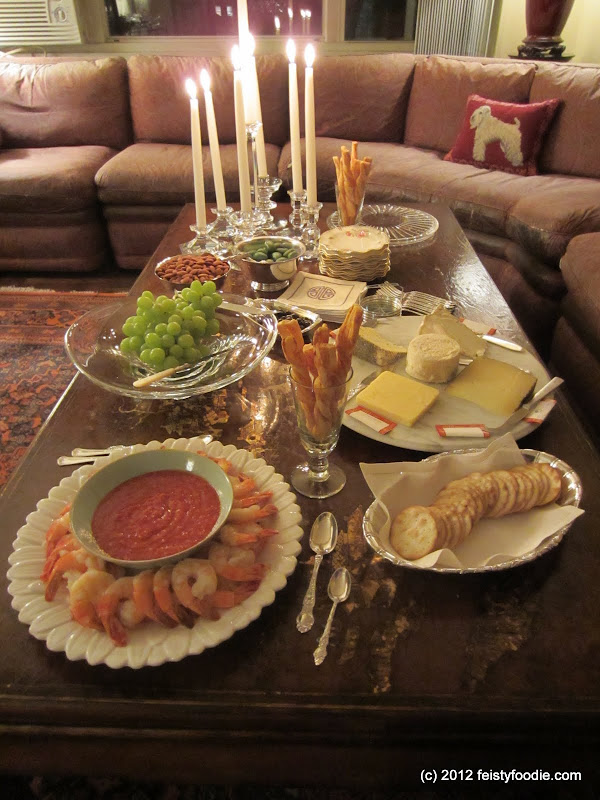 CT and I went to Murray’s and picked up a couple of different cheeses. They have such a great selections and very friendly staff. They will give you a taste of any cheese you want! I can’t tell you the names of all the cheeses we got, but I know there was a bleu, goat, manchego, brie and cheddar. We used ML & TL’s ingenious idea of putting the stickers on the cheese platter so everyone knew what each one was. There were all very good, but the brie was my favorite. 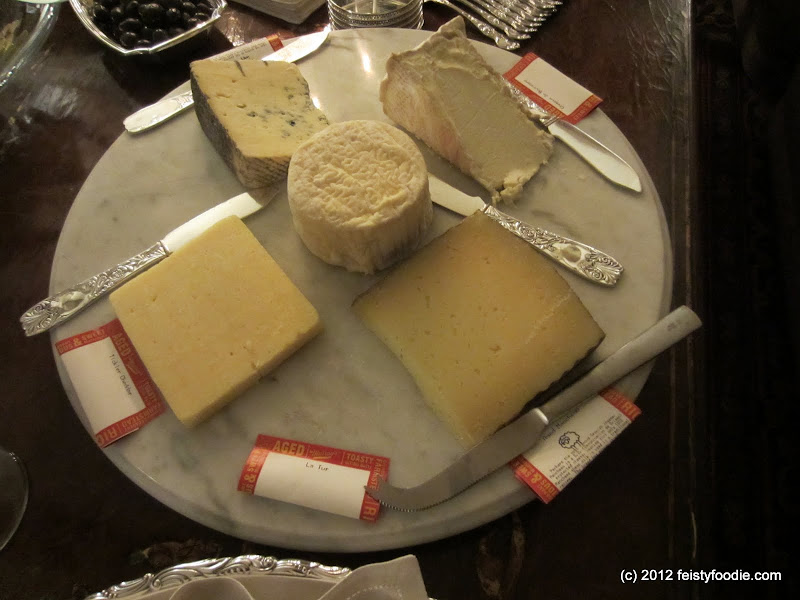 It isn’t a party at Aunt B’s without some shrimp cocktail. She cooks them herself and jazzes up pre-made cocktail sauce with extra horseradish. YUM! 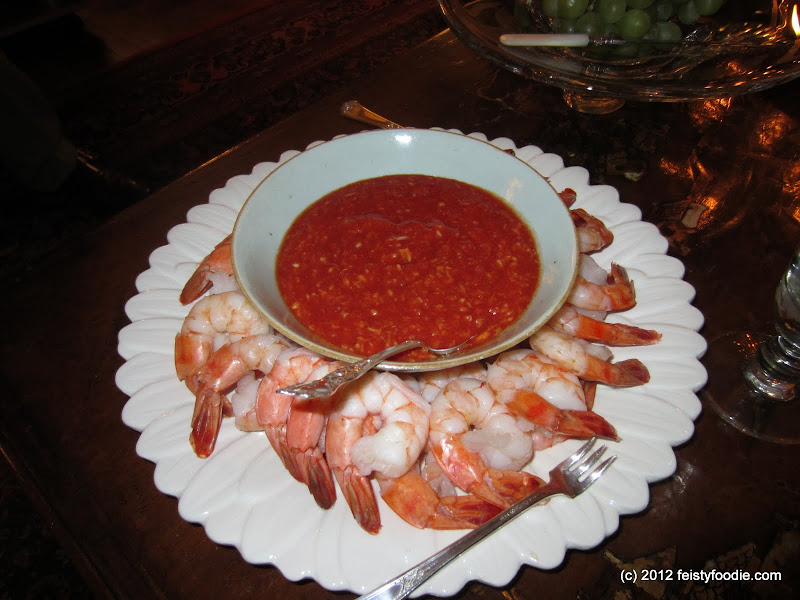 We also got some parmesan cheese sticks from Murray’s. They had the more traditional cheddar, but when I saw parmesan I chose those since I never had them before. Quite tangy and crunchy. I could eat a whole bag in one sitting, fortunately I did not since there was so much more food to eat.

Also in the same picture was salmon tartar and creme fraiche that Aunt B made. I love tartars and enjoyed this one too. Salty, but not too fishy. 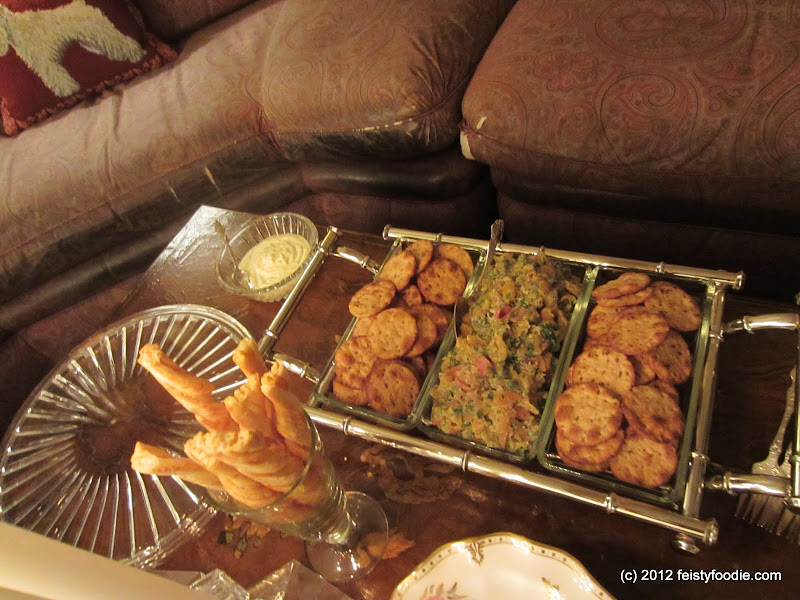 A selection of grapes, olives, almonds and I think chocolate covered espresso beans. Those big green olives have become my new favorite kind. They were quite meaty and solid, not mushy at all. 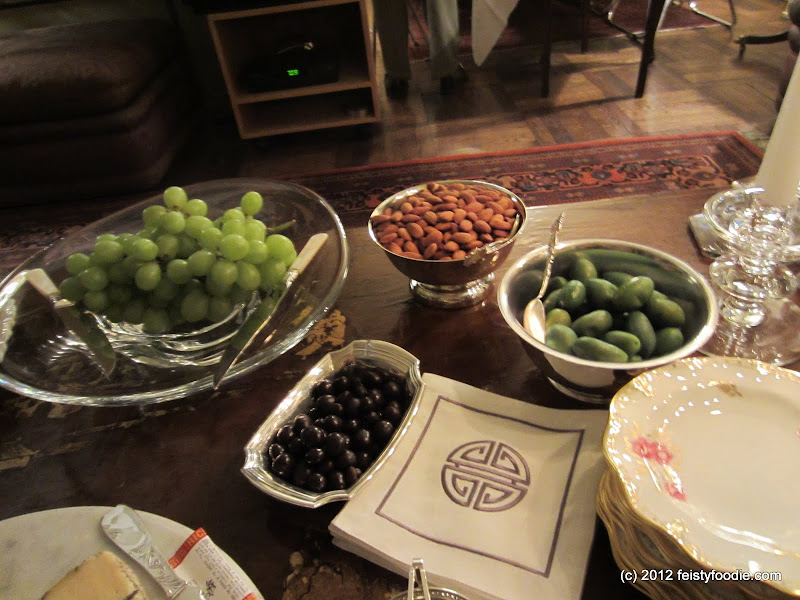 As if that wasn’t enough, we both helped Aunt B grill up some bacon wrapped scallops. We got fresh scallops that morning so they were still sweet and juicy. They played off well against the salty bacon. 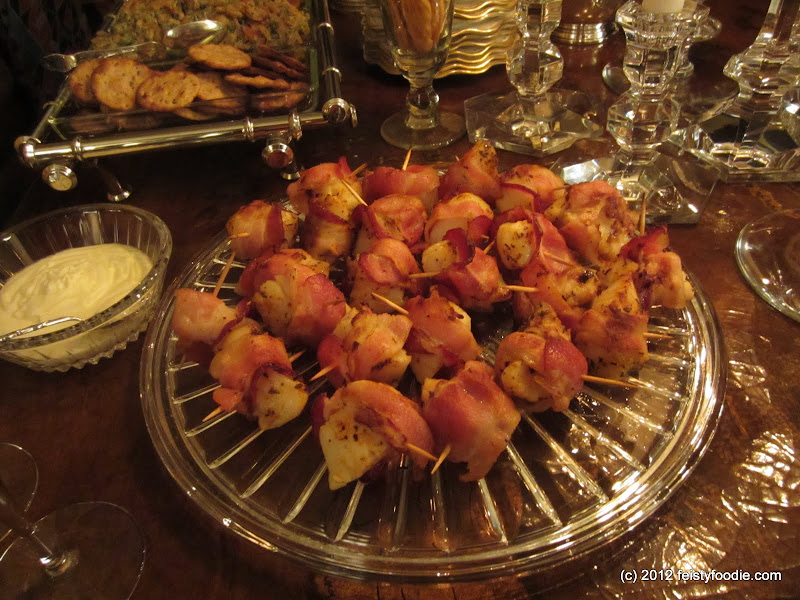 Although we all could have left satisfied at that point, there was still a full dinner to come.

Aunt B likes to look out for our well-being, so we started with a salad. Some greens tossed with pomegranate seeds and toasted almonds and a homemade viniagrette. Aunt B has her salad dressing recipe down pat. Everyone really enjoyed the salad. Even CT’s Dad raved about it and he is not a veggie guy. 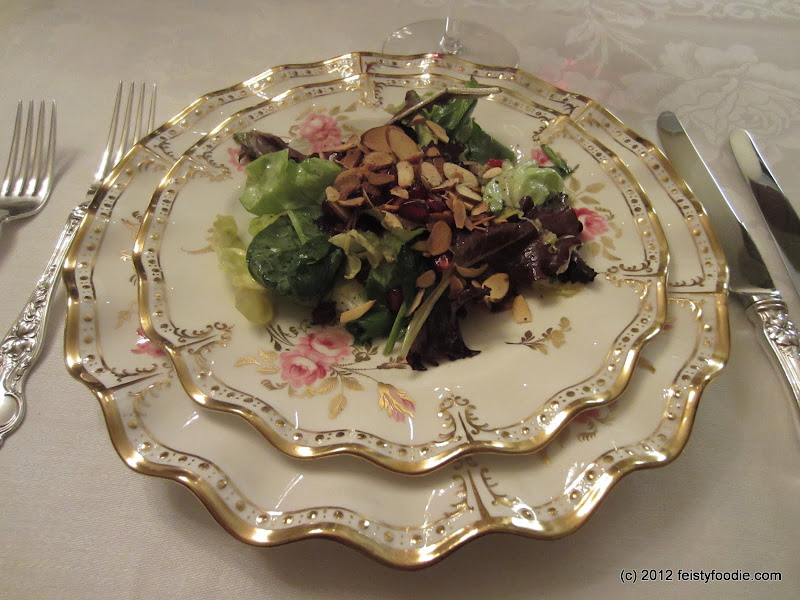 Risotto cake with grated parmesan on top. Aunt B found an interesting recipe where she made the risotto and then baked it in her convection oven. It turned out perfect; crunchy on the outside and creamy on the inside. 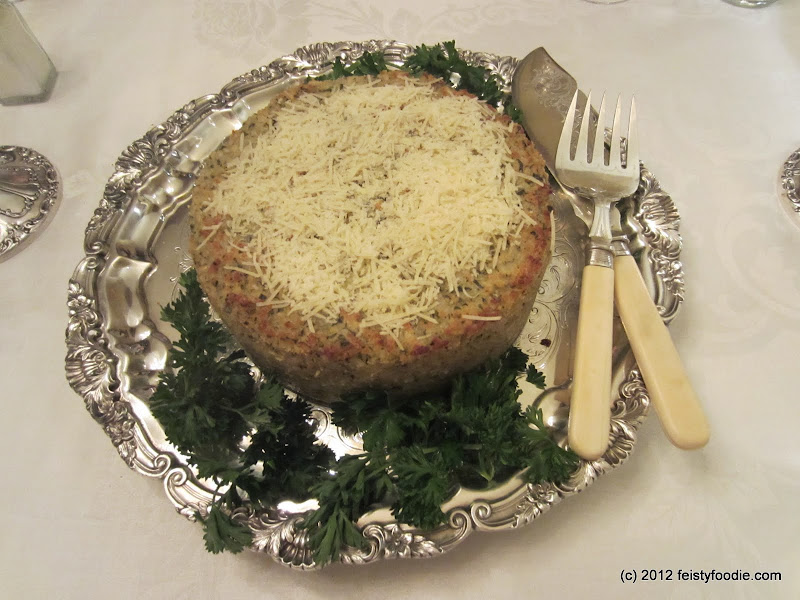 The MAIN EVENT! Hibiscus marinated leg of lamb. Here it is out of the oven resting, while the juices were reducing to make gravy. I am not sure where she found the recipe, but it may have been this one from Epicurious. Basically you marinate the lamb in red zinger tea for a day. 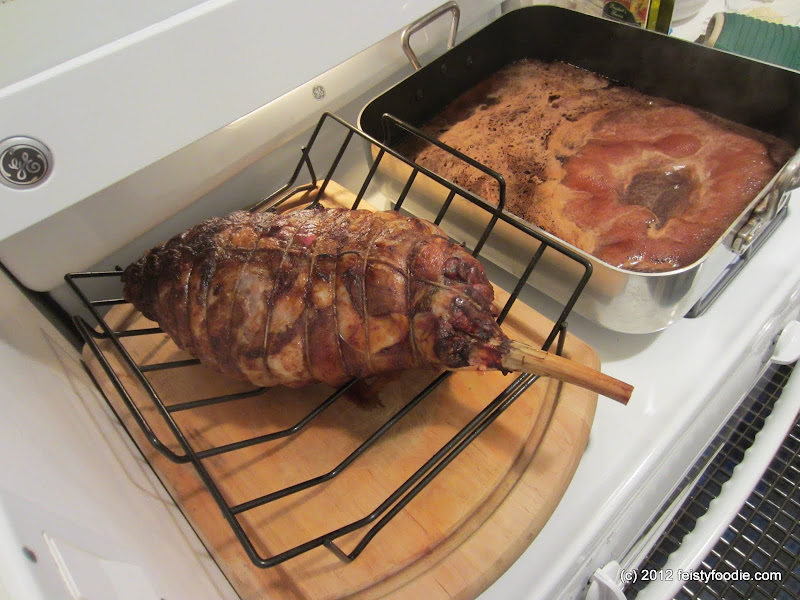 Here was the lamb sliced up by yours truly. Not as easy task and it was my first time, so my butchery skills definitely need some work when it comes to carving bone-in meat. Regardless, the lamb was really, really good. Perfectly cooked, super tender and flavorful from the tea. CT’s family are big lamb eaters and their seal of approval they gave went a long way. 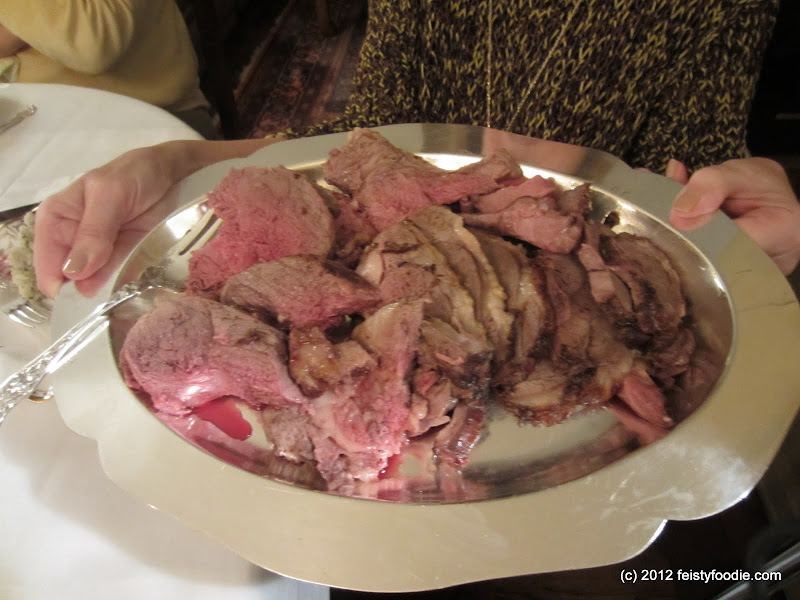 There was also some haricot vert for us to get some more veggies in. 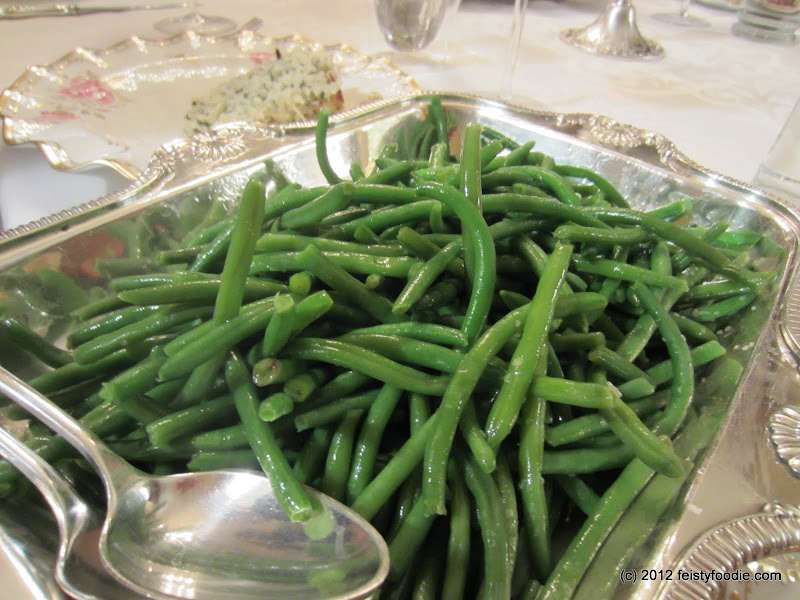 For dessert, there was a plethora of options.

As if all the cooking Aunt B already did wasn’t enough, she made macarons for the first time ever. I think they were vanilla? They turned out really well. They had that nice crunch at first that turned into a chewy bite as any good macaron should be. It was quite impressive for her first time making them. 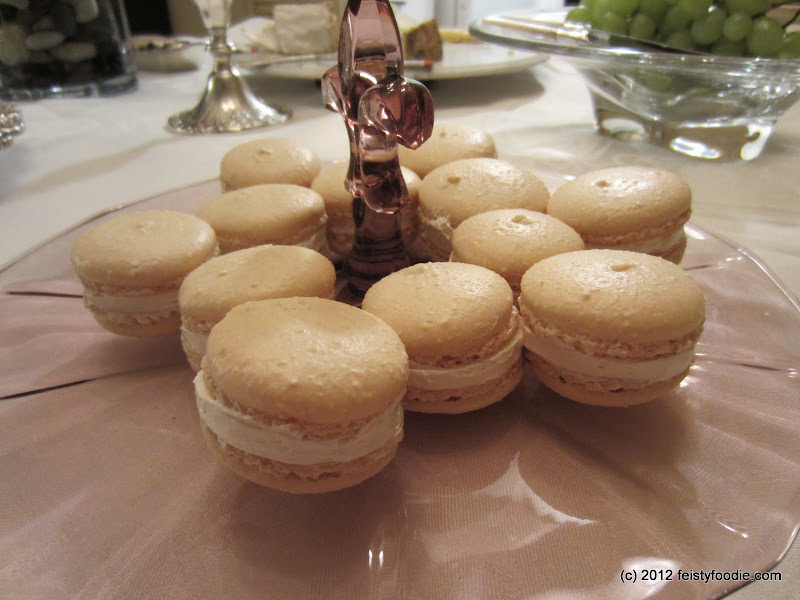 CT baked up some frozen cookie dough she bought as fundraiser for her boss’ kid. Who cares if they weren’t made from scratch, they were good! 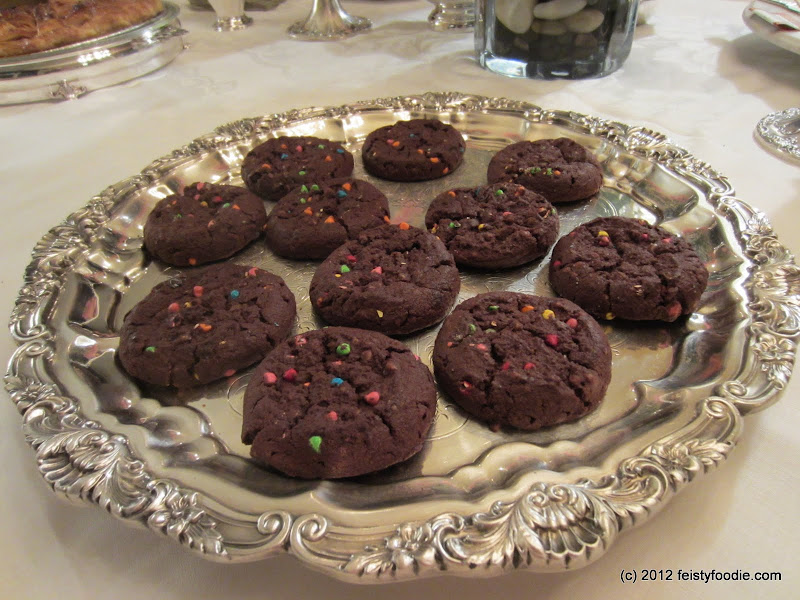 ML & TL brought some Brooklyn treats with them.

I suggested they get another Salted Caramel Apple Pie from Four & Twenty Blackbirds since Aunt B is a salted caramel FIEND. It was just as good as the one we had at Thanksgiving. We took some home and I noticed the next day that this pie is best eaten on its own otherwise the salted caramel flavor gets lost. It actually had a fair amount of salt, but in a good way. Aunt B was quite happy that ML & TL brought us. 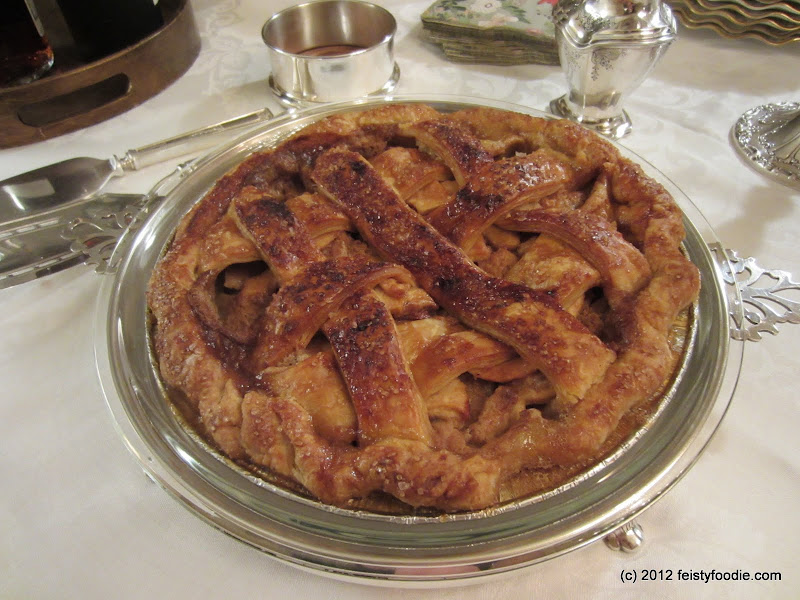 What’s apple pie without some ice cream? (I actually prefer my pie to not be a la mode, but I’m weird.) They brought a couple flavors from Blue Marble; ginger, pistachio almondine, vanilla. I had a little ginger on the side since it helps with digestion. It worked well and was quite gingery. 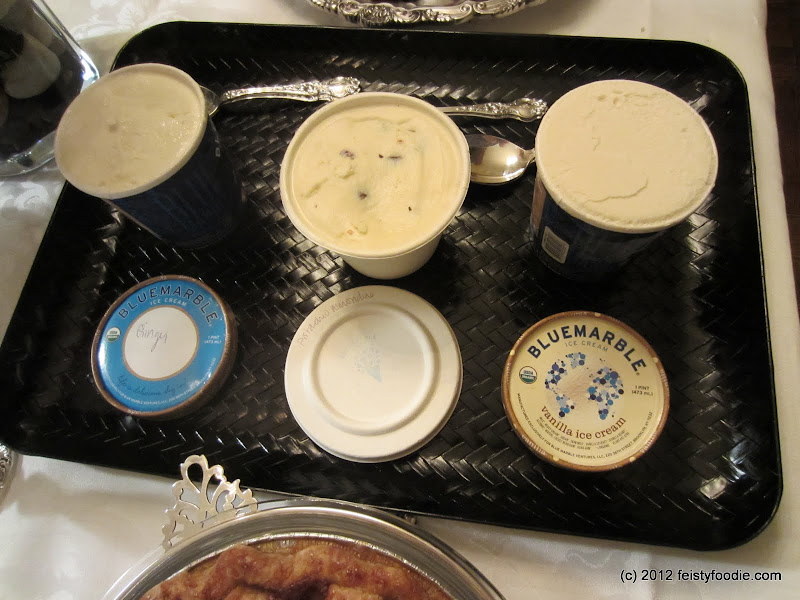 All in all, it was quite an amazing meal. Everything was delicious including the wine and port brought by the Dads. It was a fun evening with plenty of great conversation. Strange, but it seems good food and drink works wonders in bringing two families together. Thanks again to Aunt B for EVERYTHING, she really outdid herself this time.