Over Presidents’ Day Weekend, CT & I decided to knock off some more of the outstanding “deals” we had burning in our pockets. One night we went to Yerba Buena and on another we decided to use my last Google Offers deal at Crif Dogs. I have been to PDT, the “secret” bar connected to Crif Dogs a couple of times and enjoyed the food they serve through the tiny window at the bar, but I have never have eaten at Crif Dogs proper. Our friend, KR, spent the afternoon with us that day to help take care of CT’s broken toe, so she joined us on our trip downtown.

The deal was $5 for $10 worth of food and drink, so not too difficult to spend.

CT and KR each got beer, while I decided to get birch beer ($2.50 for regular size) for nostalgic purposes. I remember going to some “famous” hot dog restaurants in North Jersey when I was growing up and usually got birch or root beer. I guess they had a run on beer because they only had Dale’s Pale Ale left ($5). CT prefers a nice refreshing Hefe, but put up with this very different beer anyway. 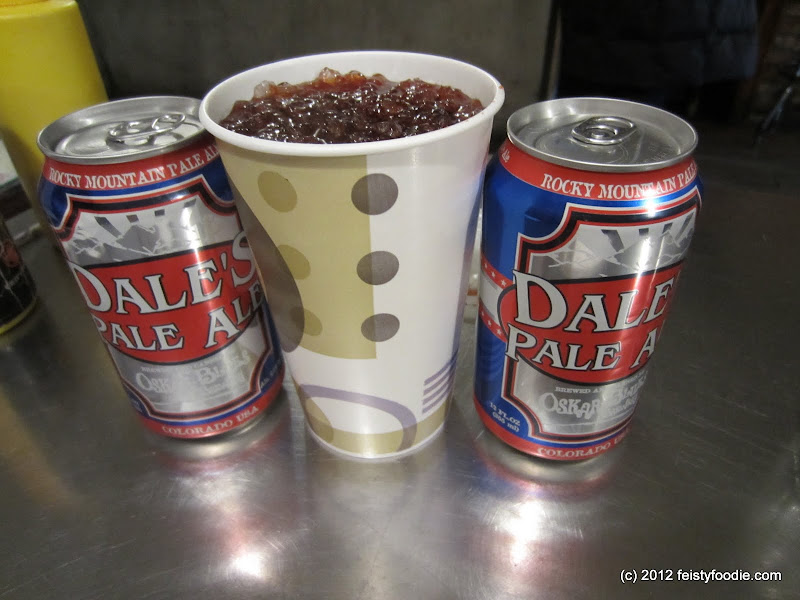 The cans were kind of dirty on top, so they got some small cups to drink their beers (after giving the tops their best wipes). It was quite funny to watch them drink out of such small cups. 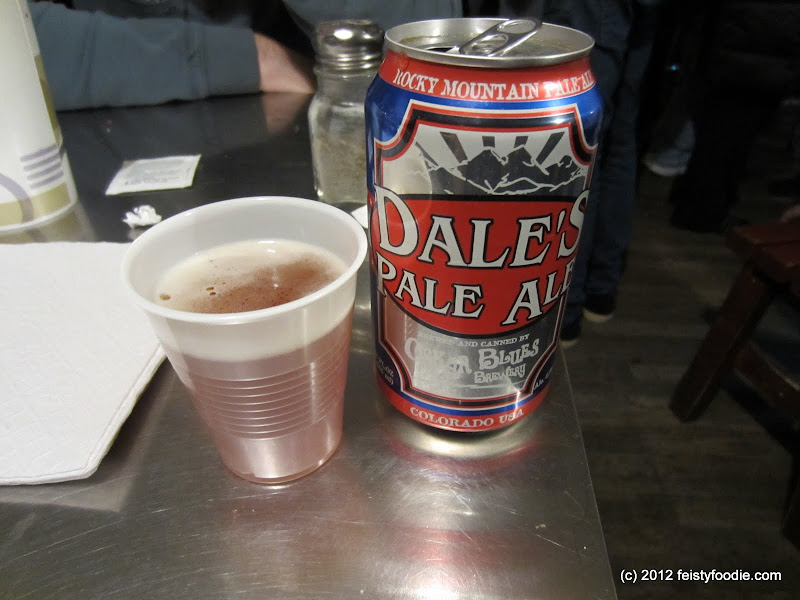 They offer a pretty wide variety of hot dogs and toppings. You can order one of their own constructed dogs or choose your own toppings. 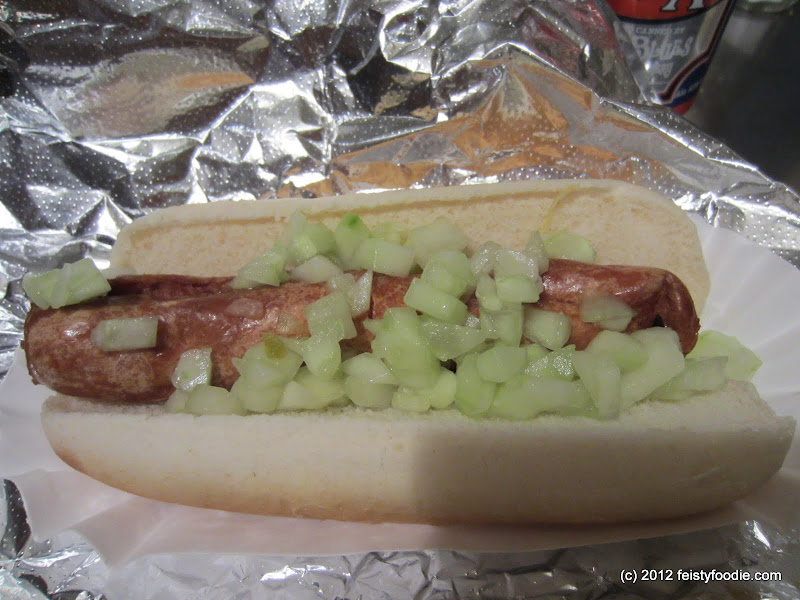 Fortunately, it looked a lot better dressed with some ketchup and mustard. She seemed to enjoy it. 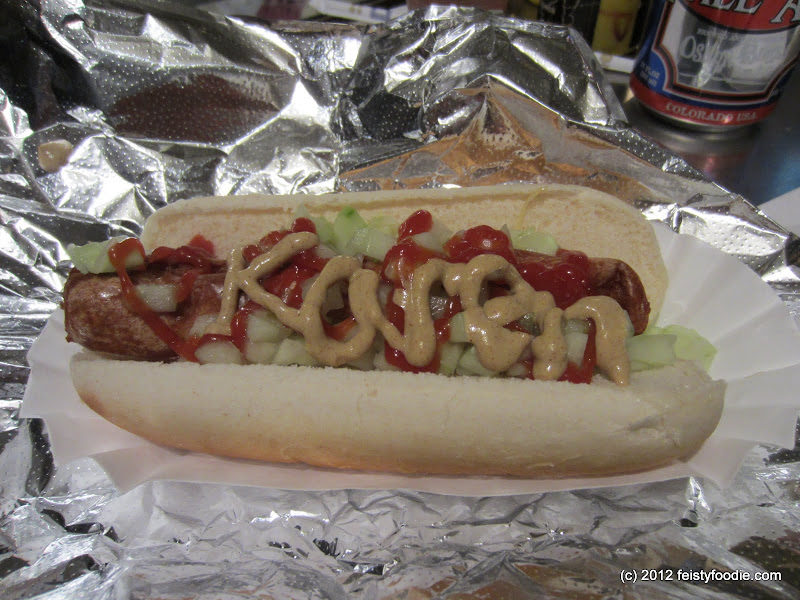 CT & I each ordered a dog as a barometer to compare against other hot dogs we have had so she got the “Chili Dog” ($3.75) while I got the all beef “New York” ($2.50). As expected my plain dog was good, but still pretty standard. I believe CT felt the same way about hers. 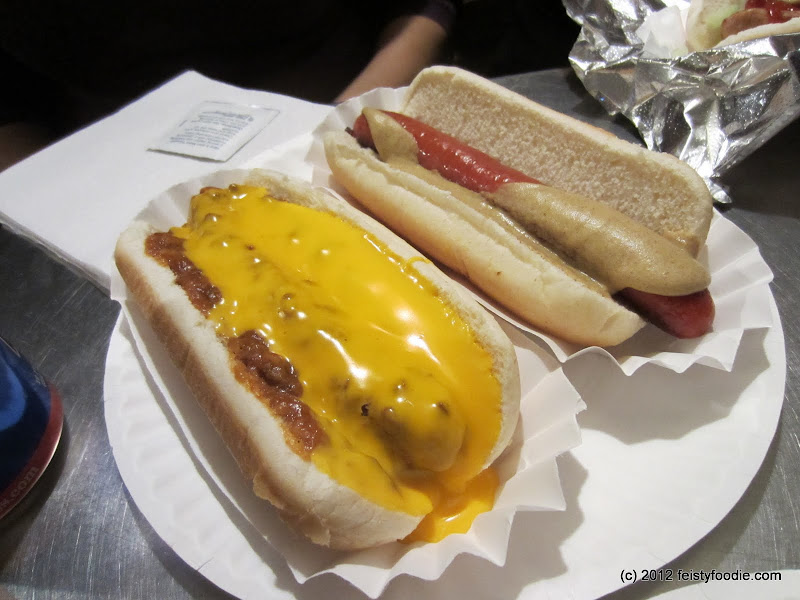 I also decided to get one of their special dogs, the “Morning Jersey” ($5). It Taylor ham wrapped dog with melted cheese and fried egg. As you can see I ended up getting the “Good Morning” instead which replaced the Taylor ham with bacon. Not a huge deal, especially since I didn’t notice until after I was done. Yup, I have a pretty short attention span. Maybe I am better off because I heard that bacon is healthier than Taylor ham. 😉 The egg was a little difficult to eat since it didn’t fold nicely into the bun. Maybe they should have a metal form use to cook their eggs so they are more elongated to better fit? Regardless, it was a nice hot dog of artery-clogging indulgences. 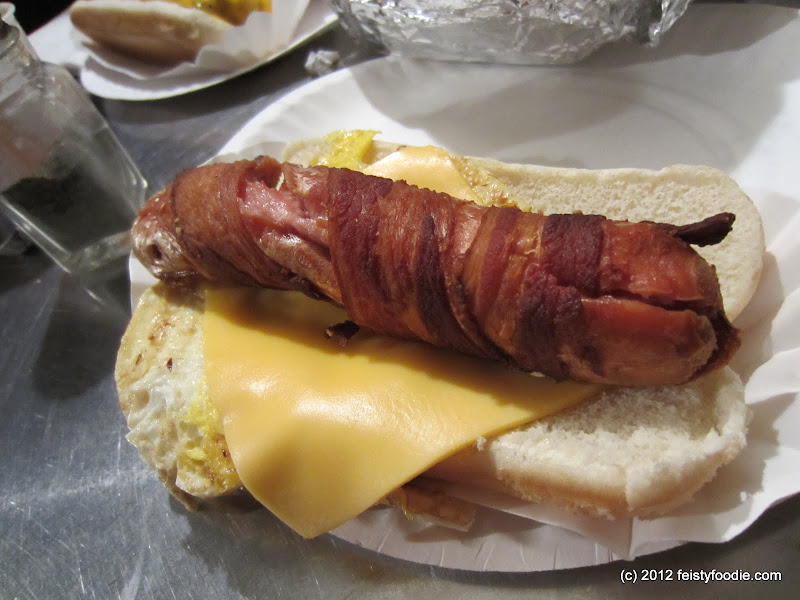 We all shared a large order of tater tots ($3.50). I don’t know anyone who grew up in the 80’s who doesn’t love tater tots. Nostalgic and delicious at the same time. These were freshly fried and the steam coming off actually fogged up the camera lens a bit. It was quite a large amount of tots and more than enough for three people. 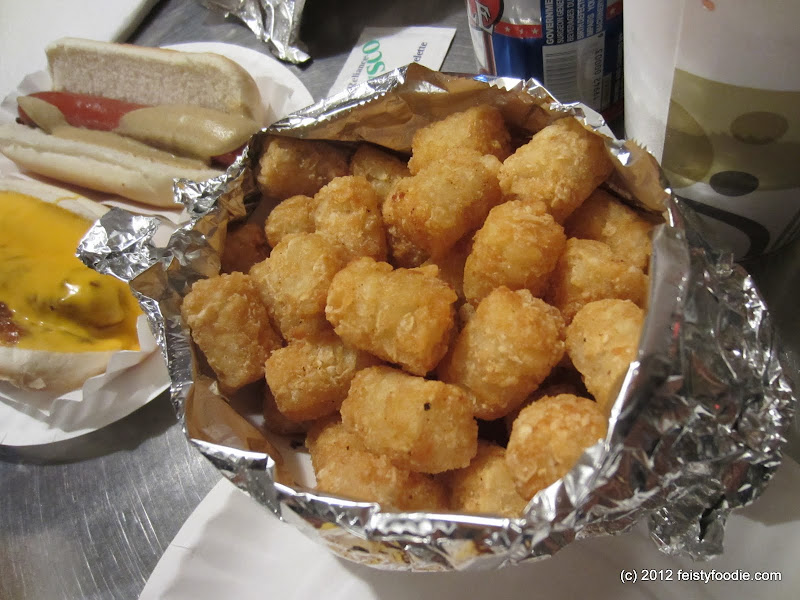 Afterwards, we decided to stop by the Big Gay Ice Cream Shop. We were in the neighborhood after all. Since I had a second hot dog, I was already pretty full, though the ladies still had a little room left.

CT got the American Globs ($5.50), which TC got after the Brindle Room re-do. It had vanilla, pretzels, sea salt, a chocolate dip. KR got the Bea Arthur ($4 or $4.50, I think). It had vanilla, Nilla wafers and dulce de leche. Both took my advice and got trays for their cones. They both liked their choices a lot. 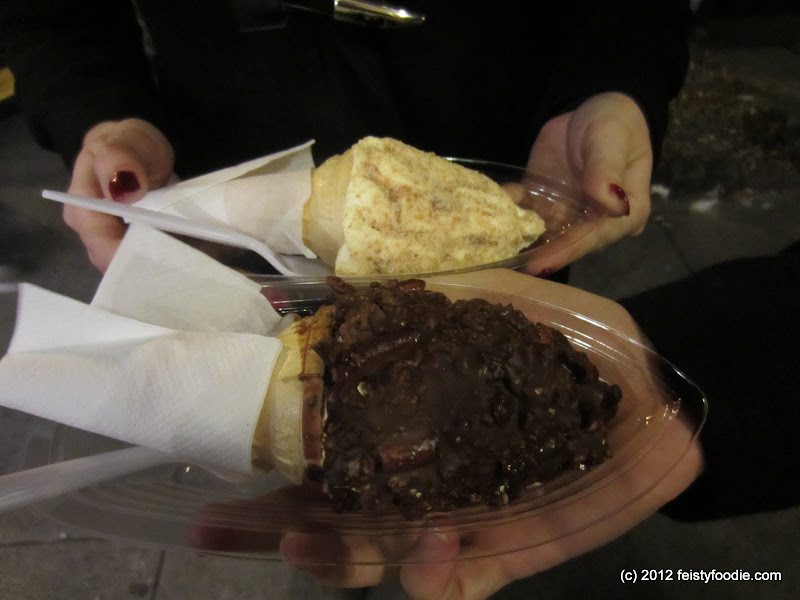 All in all, Crif Dogs was quite the indulgent meal. While I can say with certainty, I am sure everything would have tasted better if we were all blitzed, it was still good. At the end of the day, it’s still a hot dog, so there is only so much you can improve upon. Don’t forget to order some tots!