A couple weeks back, CT & I were in the mood for Indian breakfast. One of the best places in Curry Hill for that is Saravana Bhavan. This is where we had pooris back in the spring.

We arrived a bit earlier on a Sunday morning this time, so the restaurant wasn’t as busy.

I decided to change it up a bit and get a Masala Dosa instead of pooris in order to try something different. After ordering, it came out super quick. Although the dosa was quite large and extended well over the length of the tray, it was quite thin. Basically, the dosa is a version of Indian crepe. 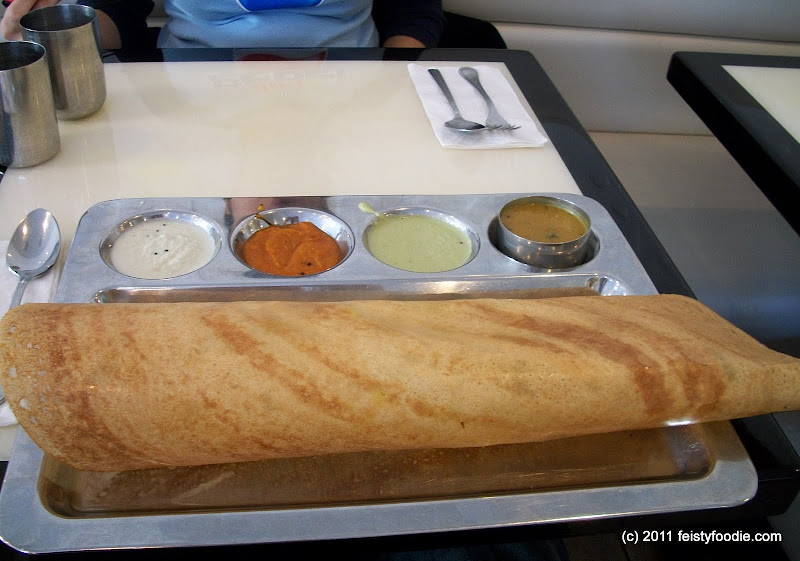 It was filled with a scoop or two of mashed potatoes with peas. The potatoes weren’t too heavily spiced and creamy enough to pick up with a piece of dosa. 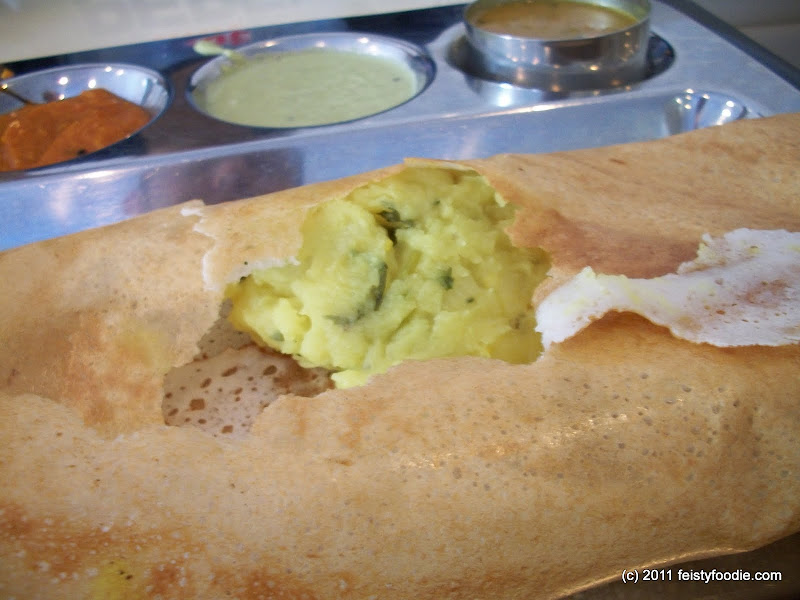 There were also four sauces for dipping. The tomato one had a little bit of heat to it which was my favorite. The one on the far right had green beans and had a super intense green bean flavor. The white and green sauces were pretty plain. 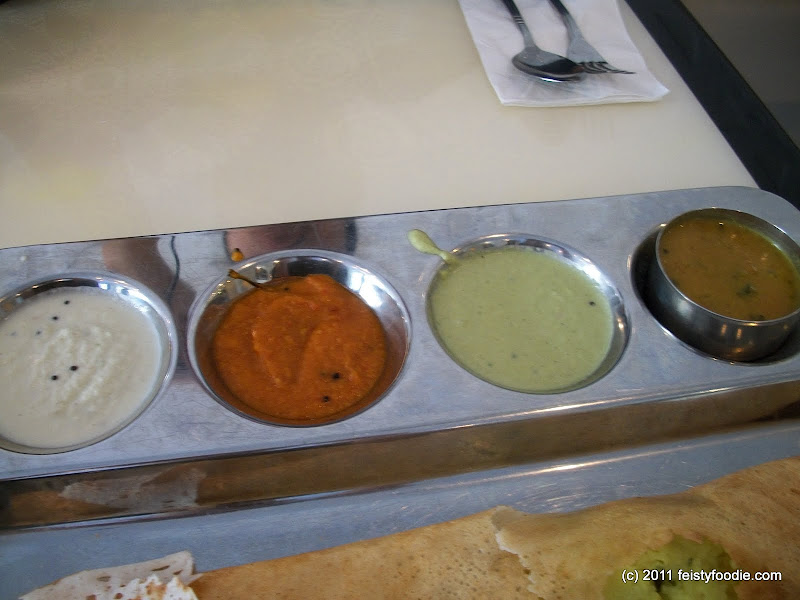 Unfortunately, CT’s pooris took at least fifteen minutes to come out after my dosa was served. Crazy since almost everything was made ahead of time. It takes less than a minute to fry up pooris, we know from making them. As CT’s Dad has wisely told us before, it seems to be a big problem with Indian restaurants. They either have very good food or very good service, but not the two. 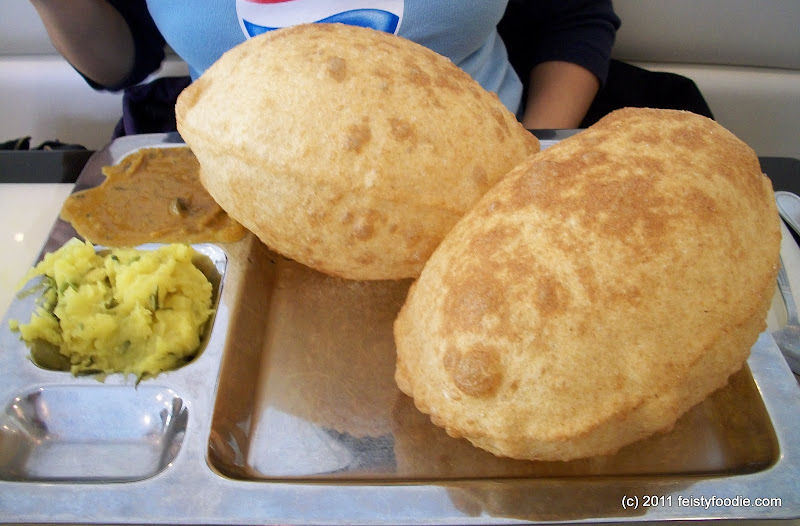 Once the pooris were served, she was a happy girl. It was served with the same potato & pea mixture I had in the dosa along with the same mushroom stew from last time.

She likes to customize the flavors a bit so she got some green chiles and yogurt on the side. 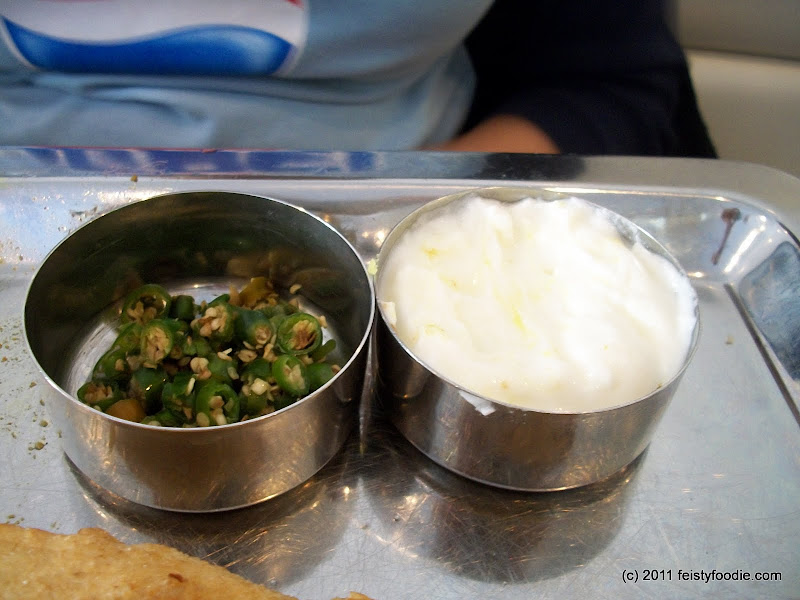 All in all, it was a tasty albeit a greasy breakfast at Saravana Bhavan. It is a shame that service is still pretty mediocre, but at least the food is good. It cost $23 including tax and tip for the whole meal. Hopefully, next time our meals will be served at the same time.