I have had a tradition of going out the night before Thanksgiving, preferably for a cuisine that will not make an appearance on the table the next day. For a couple years, that meant going out for sushi. Last year was various seafood at Choptank. It is a time to relax after what is usually a day of shopping, prep and some cooking to get ready for the Thanksgiving feast. This year I felt a cold coming on, so I wanted to get something to eat to help nip it in the bud before it got any worse. It was quite chilly and windy, so that lead to eating ramen as the obvious choice!

As to where we which ramen shop to go to, we decided to check out the newest entrant, Tabata. (Coincidentally, Yvo also went to Tabata the same day, but for lunch.) Our FBM friends and even the NY Times recommended it highly. CT’s parents were in town and also looking for a nice, relaxing meal, so they joined us.

The restaurant is on a stretch of 9th Avenue near the Port Authority. Not exactly a foodie zone with lots of dive bars which were dives even before term came about. The space was small up front with bar seating overlooking the open kitchen, but it opened up in the back with more tables. Be prepared for the staff to give you a loud greeting upon entering.

We started with must have at any Japanese restaurant; Edamame ($4). Cooked well, lightly salted and healthy! 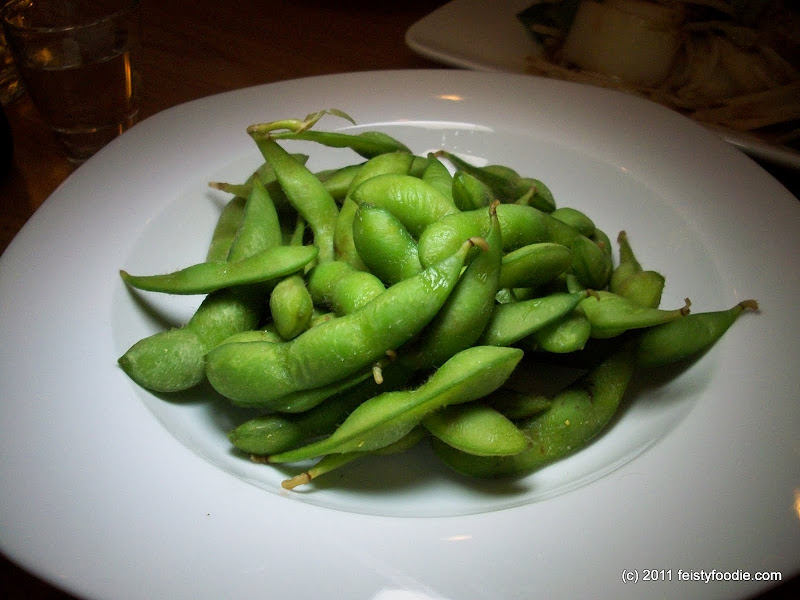 When I saw baby octopus as an appetizer, it was no question that we would be ordering it. I’m not sure how much it was, but it was no more than $7-8. These were very good, but also very chewy if that’s not your thing. Simple yet tasty! 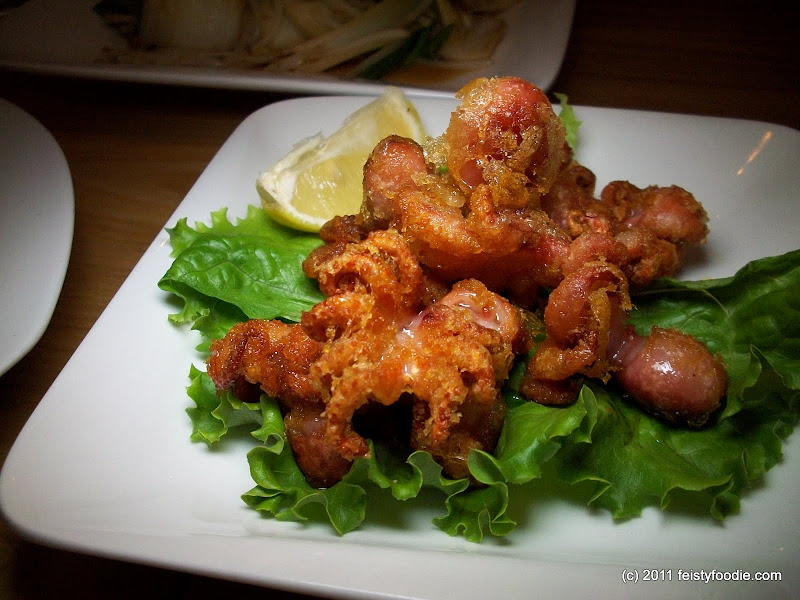 CT’s Dad loves spring rolls, so we also got an order ($4). The menu noted that there were three rolls to an order, but our waiter gave us four since there were four of us. I am not sure if they charged us more for the fourth, but I think our super nice waiter just gave it to us gratis. These were pretty good rolls and not very greasy. They could have used a dipping sauce though. 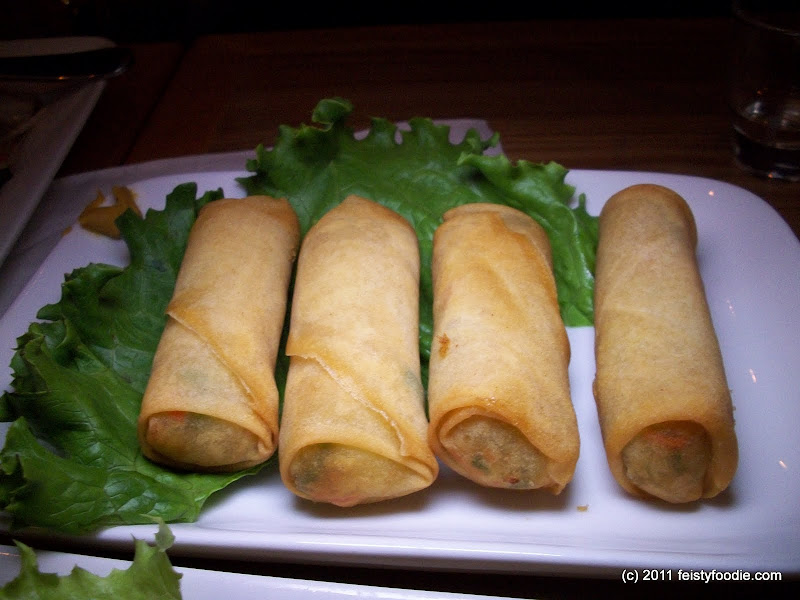 We would have also gotten some gyoza, but our friends warned us away from them.

CT’s Mom wasn’t in a ramen mood, so she had the Egg Fried Rice with Roast Pork & Chicken, egg, onion, scallion ($9). It was HUGE portion for that price. I believe she enjoyed it a lot and the leftovers too! 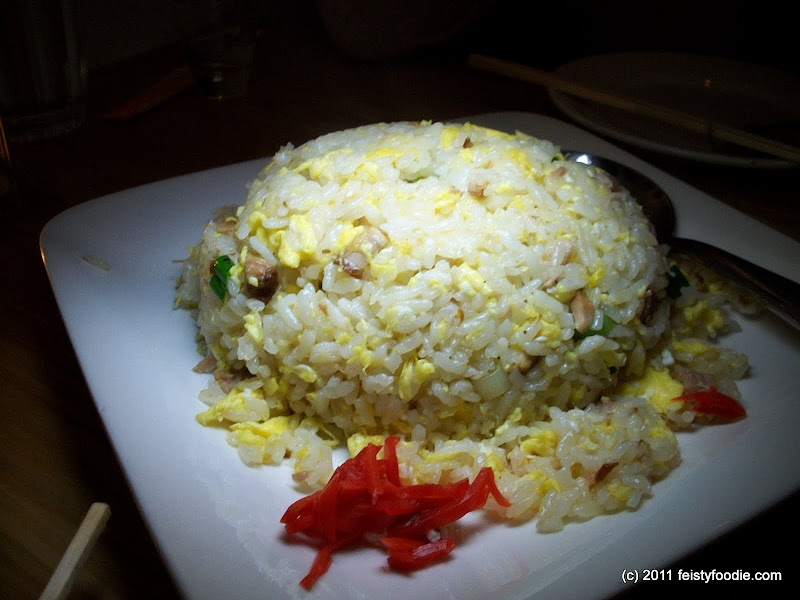 She also got an order of sauteed veggies ($7) to be healthy. 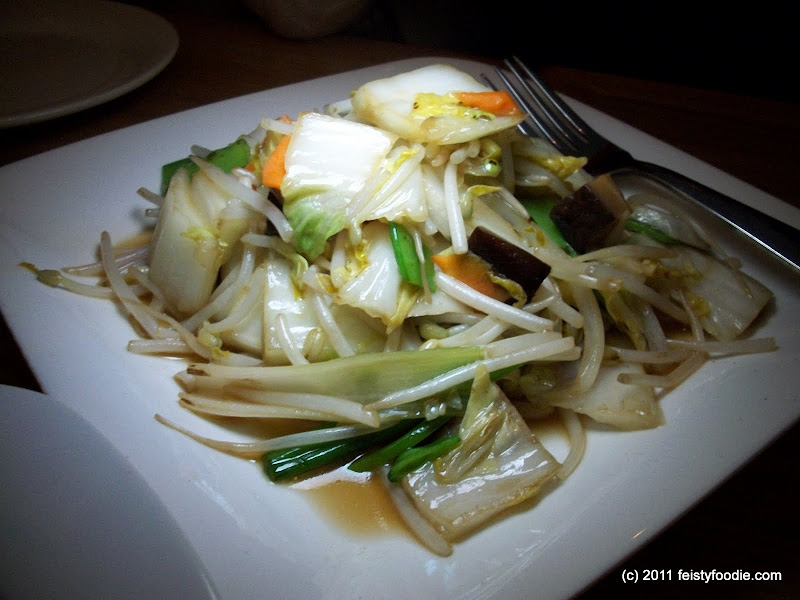 CT’s Dad is quite the spice fiend so he ordered the Geki Kara Ramen ($9?). The name apparently means “hellish” in Japanese. He enjoyed the broth a lot, but didn’t think it was very spicy. I’m sure it is plenty spicy for “regular” folk, haha. 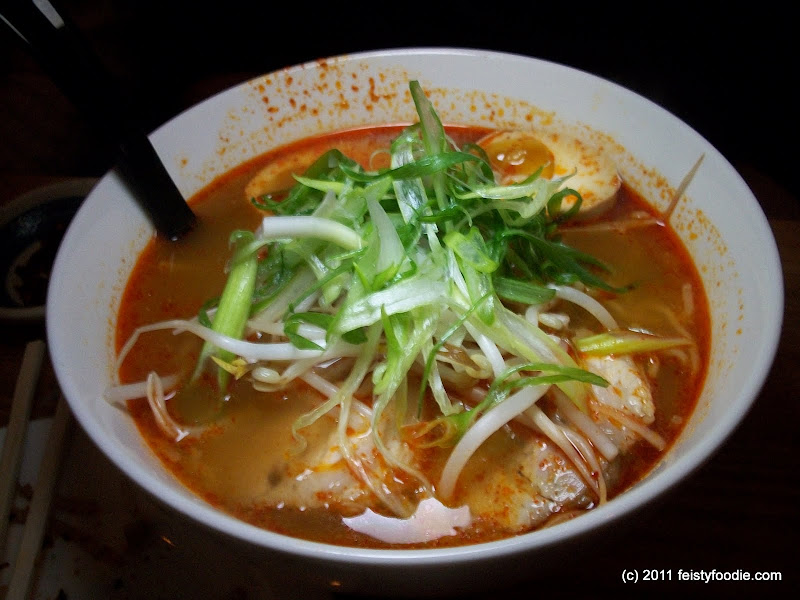 CT had the Sutamina Ramen ($9). The broth is based on spicy miso & soy sauce with pork. I’ll believe she liked it since her bowl was emptied. 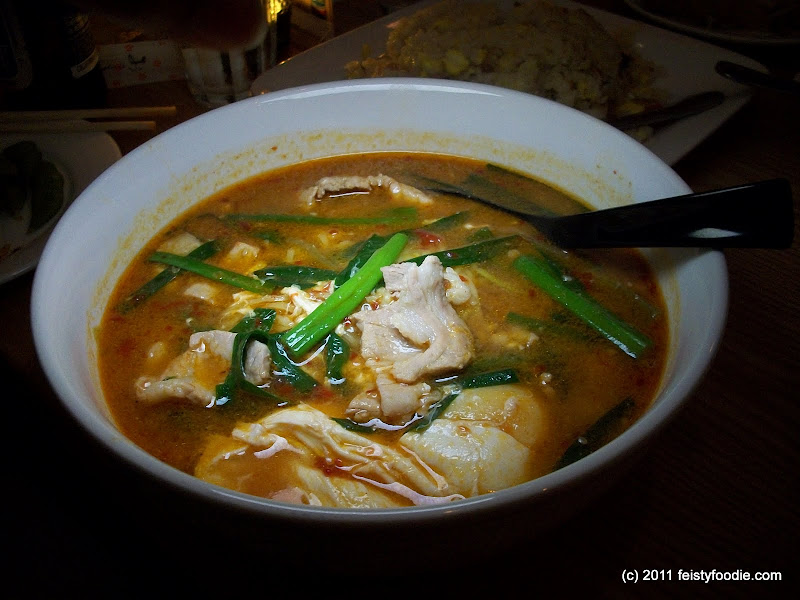 I had the Tan Tan Men Ramen ($9). This was chicken broth flavored with sesame paste & soy sauce and spicy ground pork. I also added added pork slices for $3, why not? I never had this type of ramen before. It was very delicious and full of nut flavor. If you like cold sesame noodles at a Chinese restaurant, you will like this ramen. The ground pork had a nice lingering heat the built up as I ate. The pork slices added a lot of heft to the bowl, which ended up leaving me quite full by the end. The noodles stayed tender throughout the meal and never got mushy. 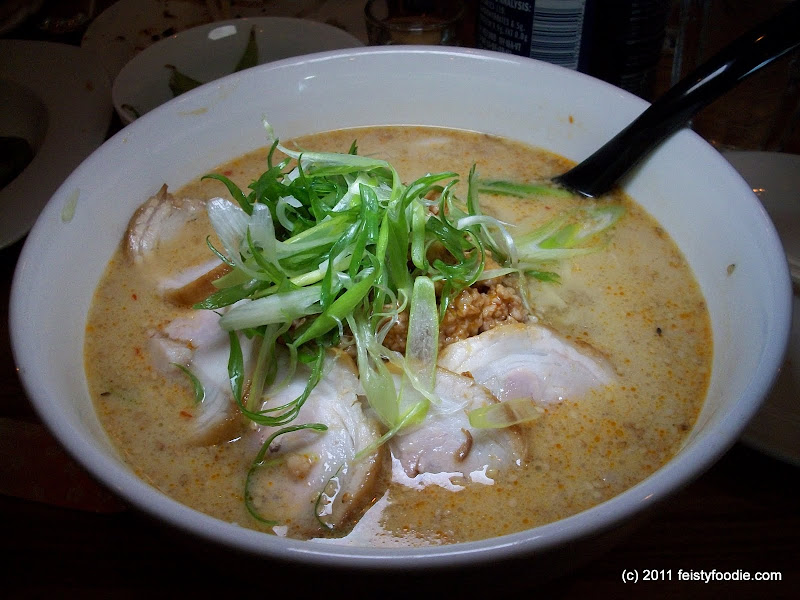 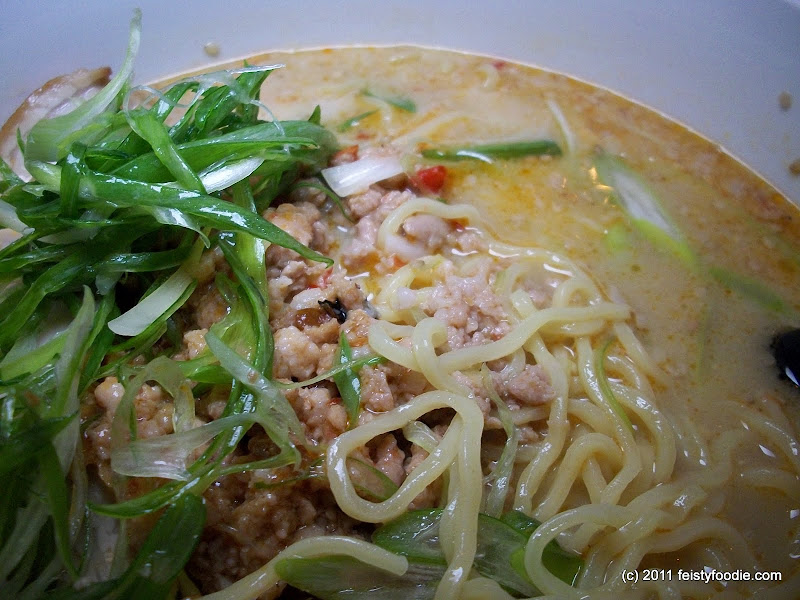 All in all, Tabata is a welcome addition to the ever growing ramen scene in NYC. Prices were more than reasonable, service was good and food was tasty. I also liked the fact that we were seated immediate, no two hour waits unlike some other places I know.