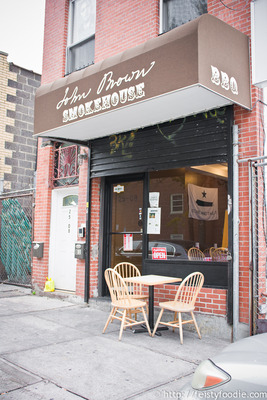 James is one of my favoritest people ever.  Why?  Because he discovers these places I would never discover on my own, and he invites me to join him while exploring them.  Hello?!  What’s not to love about a person who shares awesome discoveries?  In any case, one October Friday, I joined him and Noah for lunch at John Brown Smokehouse, a relatively newcomer to the BBQ scene.  I don’t know much about BBQ, I only know what I like to eat, but that’s enough for me 🙂 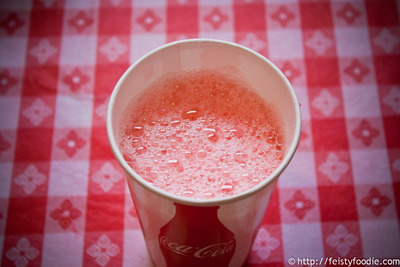 After I arrived and a small bit of conferring, our order was placed at the counter, and I headed to my seat holding my strawberry soda.  I love the idea, but execution… let’s just say my next drink was root beer, which is my drink of choice anyway, especially with BBQ. 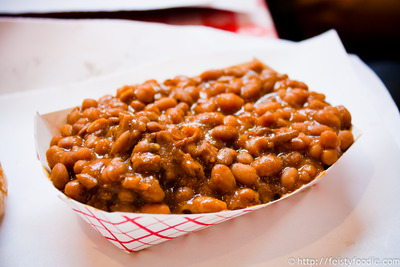 The beans were alright.  I like mine to be soupier, but that’s totally personal preference. 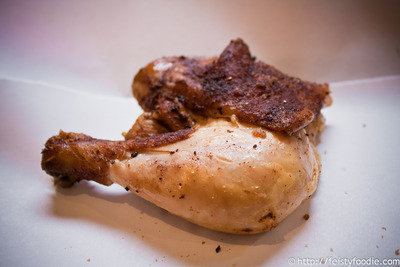 Chicken, which was juicy and flavorful, but I only had a bite or two since it was on the other side of the table from me, haha. 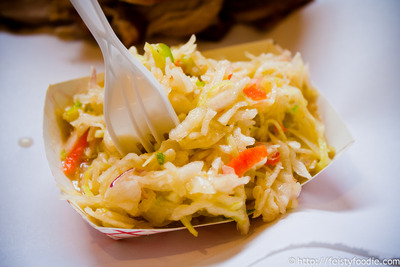 The cole slaw, which WAS in front of me, initially scared me.  The slivers of cabbage looked almost translucent, like they’d been soaking in their vinegar mixture so long they cooked through.  But one bite and I was enamored; slightly sweet, very tangy, completely delicious, I couldn’t stop eating this.  In fact, when most of it was gone, I took to ripping hunks of my bread off and then dipping it into the remaining liquid, which made each piece of bread even better… I was one happy girl.  And no.  There is no mayo in this cole slaw, which some of you will say “That’s how it should be!” – but I don’t discriminate.  I like all types of cole slaw… 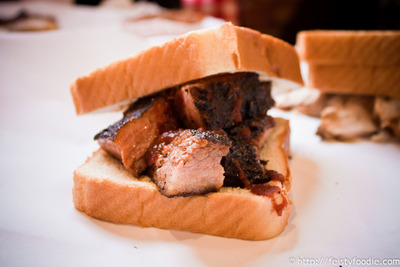 The main reason we were there, though, was the burnt ends sandwich.  I’ve only had burnt ends a handful of times in my life, but this… this was unlike any of those that I’ve had in the past. 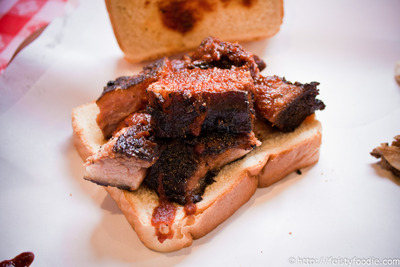 Smoky, charred, but fatty, meaty, moist… so effing good.  I stuffed a piece in my mouth and almost cried from how good it was.  It was like a chunk of pork belly, but obviously not pork.  I was happy this landed in front of me.  Very happy. 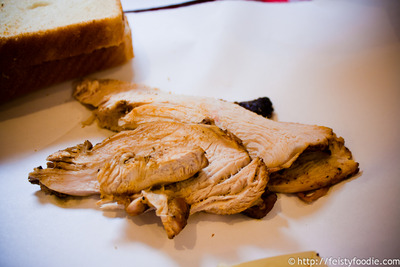 The turkey, which… well, look, I’m not much for poultry in restaurants, so maybe the nuances were lost on me.  I know this is a new menu item, and that the boys liked it very much, but I thought it was OK. 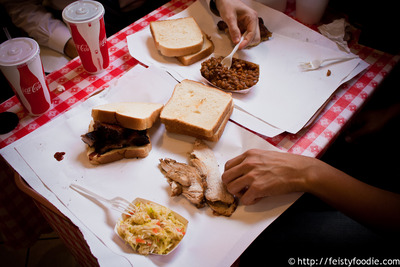 The boys digging in while I take a shot of the table.  But something appears to be missing…? 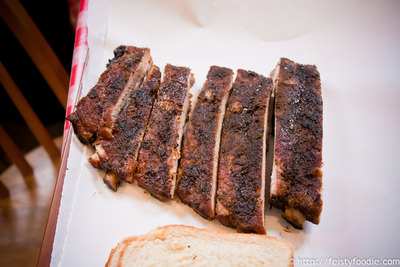 Ah yes.  Our ribs.  Rubbed, smokey, charred, meaty, fatty, juicy, oh my god I want these ribs right now… yes, that good.  I really enjoyed these ribs, and highly recommend them to anyone who likes ribs.  Perfectly tender meat and just… so good.  Everything I want in a rib.

Yvo says: While it’s sort of in the middle of nowhere – factories and auto body shops, really – it’s pretty close to the train station, and honestly worth the trip.  Given that this entire meal came to about $45 for the three of us overordering (but, um, finishing everything), I would say it’s a damn good value too.  It’s definitely going into my list of places to drag people for ‘cue… yum.
highly recommended