A couple weeks ago, I published a post about getting dim sum at Nom Wah Tea Parlor. One of the dishes we ate were soup dumplings. They were small and disappointing. I remarked that I never had soup dumplings before, so it was not a good first experience. My friend, Hungry, chimed in that I had to go to her favorite soup dumpling place, Shanghai Cafe, to get the best soup dumplings in Manhattan. So I met up with her the next day to try them. Did I mention how much I love living in NYC? It is so easy to get instant gratification when it comes to things like this.

After walking over from the subway, I saw that the restaurant is now called Shanghai Cafe Deluxe. I guess it now comes with lettuce, tomato and a side of fries? After walking in and seeing all of the neon, I remember that the Serious Eats team reviewed the place a few months back. Too bad I re-read the review after I was here.

They offer two kinds of soup dumplings; pork ($4.95) and pork & crab($6.95). Since I was a newbie, we ordered both. They also have quite a large selection of other dishes. Hungry said that the soup dumplings were by far the best thing on the menu. It seems to be an overarching theme among Chinese restaurants. They do one or two dishes very well and everything else not so much. 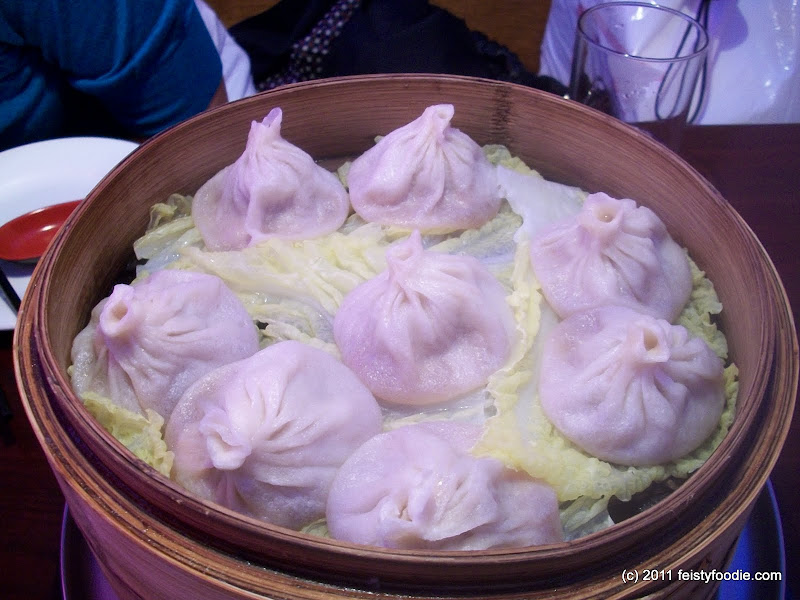 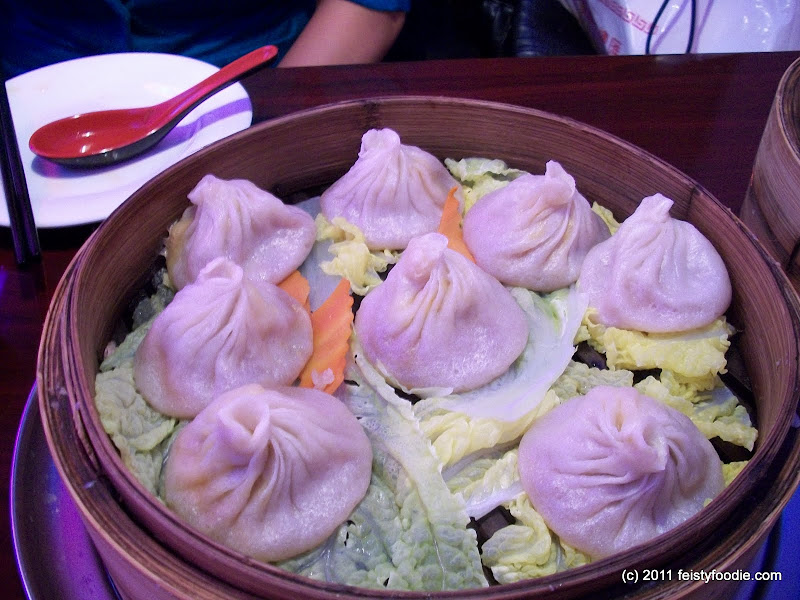 Hungry taught me the proper way to eat soup dumplings. Don’t just pop the whole thing in your mouth immediately or else you will end up like this guy. http://www.roboppy.net/food/2010/01/learning-how-not-to-eat-soup-dumplings-famous-sichuan-chinatown-nyc.html

1. Pick up the top of dumpling with your chopsticks.

2. Dip bottom of dumpling into the black vinegar & ginger. This is optional, but gives the dumpling a nice tangy flavor. This cuts down on the greasiness of the pork too. 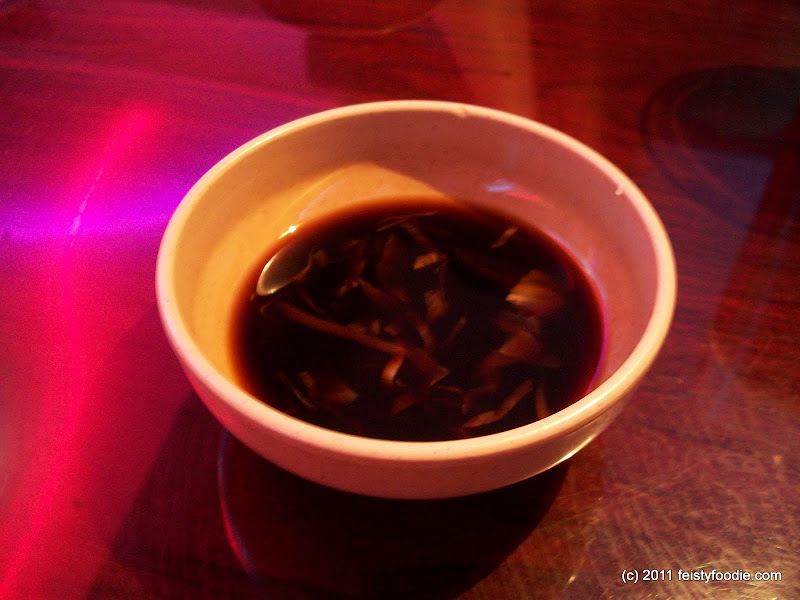 3. Place dumpling in your soup spoon and bite a tiny hole to let some steam out to cool.

4. After it has a little while to cool, slurp out some broth and then pop the whole dumpling in your mouth and enjoy!

We started with the pork since they were the top tray. They were pretty delicious. Of course, I still burned myself a little on the first one, but I quickly got the hang of it. Each dumpling had a pretty good sized pork meatball inside. The broth was light and flavorful, but a tad greasy. I could easily eat an order myself.

Next up were the pork and crab. Hungry mentioned that it has crab roe, no actual crab meat in it. I barely detected anything crab related in the dumpling. They tasted very similar to the plain pork dumplings expect had a light inoffensive fishy aftertaste. We quickly gobbled these up too. I noticed Hungry was eating some of the cabbage that the dumplings were placed on. I tried it too. Unless you really like cabbage, I would pass on eating it. Even a dip in vinegar didn’t help the flavor of unseasoned steamed cabbage.

Since I wasn’t full yet from the dumplings, I ordered the double cooked pork over rice ($4.50). Not only did it come out of the kitchen super quick, it was actually quite tasty. The dark brown sauce wasn’t too heavy and gloopy. There was a nice variety of vegetables including peppers and mushrooms with $4.50 worth of pork. It had a nice amount of heat from the chili peppers but leaned more towards the mild side. 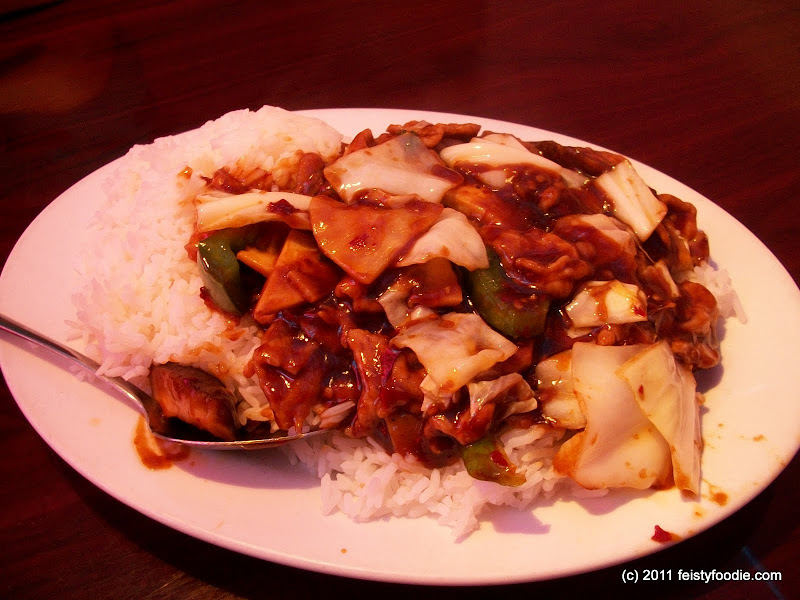 Since CT wasn’t able to join us, I picked her up a pork bun from Tai Pan Bakery on the way back to the subway. Although it was almost closing time, they still had a few left. Eventhough they weren’t very fresh anymore, for $1.25, complaints weren’t allowed. I got myself one too. 😉 They each had a good amount of questionable filling. Lots of grizzle and onions, but it still tasted good. 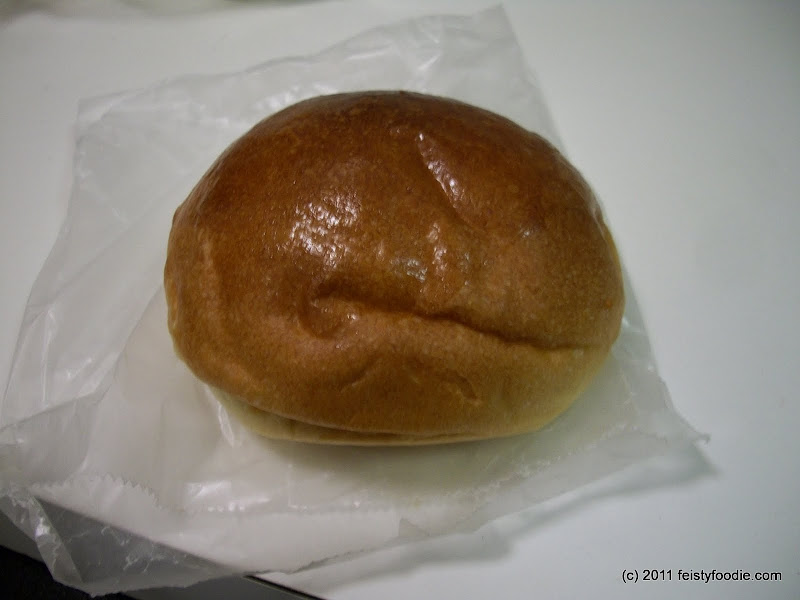 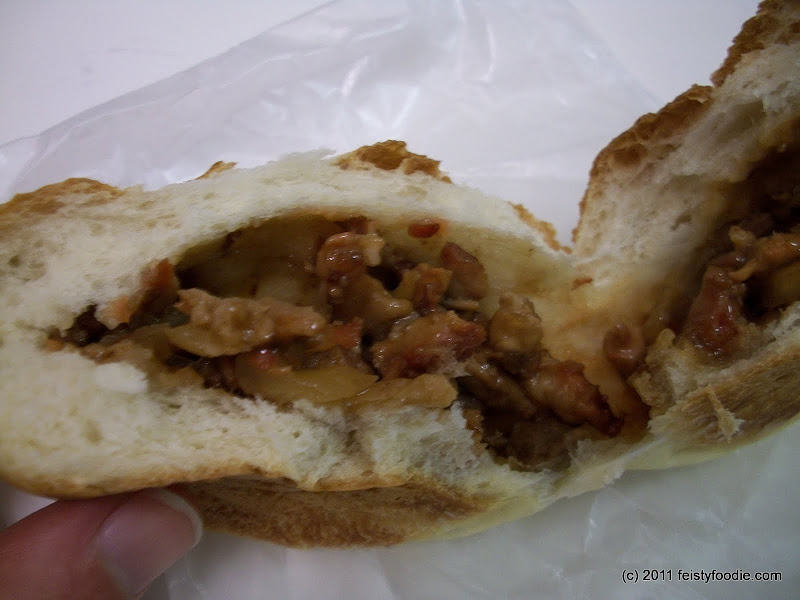 All in all, my first soup dumpling experience at Shanghai Cafe Deluxe was very good. I had a great teacher! The food was cheap, came out fast and tasted good. That is a winning combination in my book. The consensus among my Chinese friends is that this is the best place for soup dumplings in Manhattan, so no need for me to go anywhere else. I will definitely be returning soon since CT missed out this time around. Thanks Hungry for showing me the ropes.