On our way back to NYC, we had another layover at Miami International Airport. Since we were flying out of a different terminal, we couldn’t return to Bongos for more Cuban food. This time around we found the Casa Bacardi Bar serving a variety of Latin foods along with a plethora of Bacardi based drinks.

Just like she started vacation, CT ended it with a mojito. She liked it a lot. 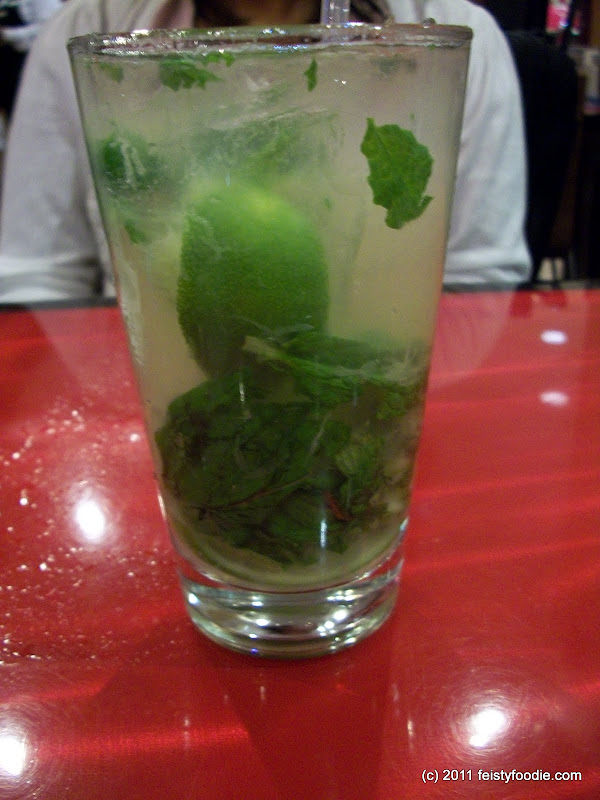 CT says: It was quite tasty! I asked for it without sugar this time and got a really strange look from the waitress, but it was actually quite refreshing.

With all of the eating we did over the past week, we decided to start our post vacation diet early and skipped ordering any appetizers.

CT got the steak sandwich with plantain chips.

The roll was HUGE! 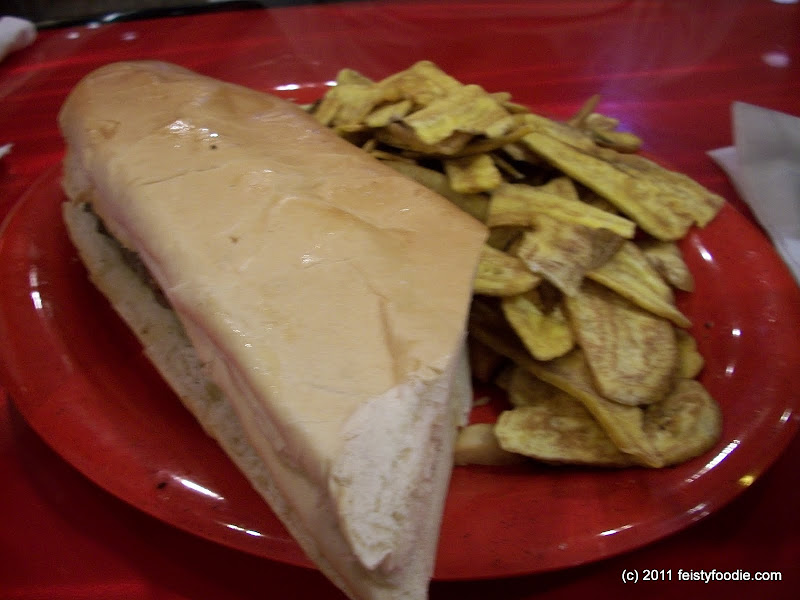 The meat? Not so much. Meat to bread ratio was way off. 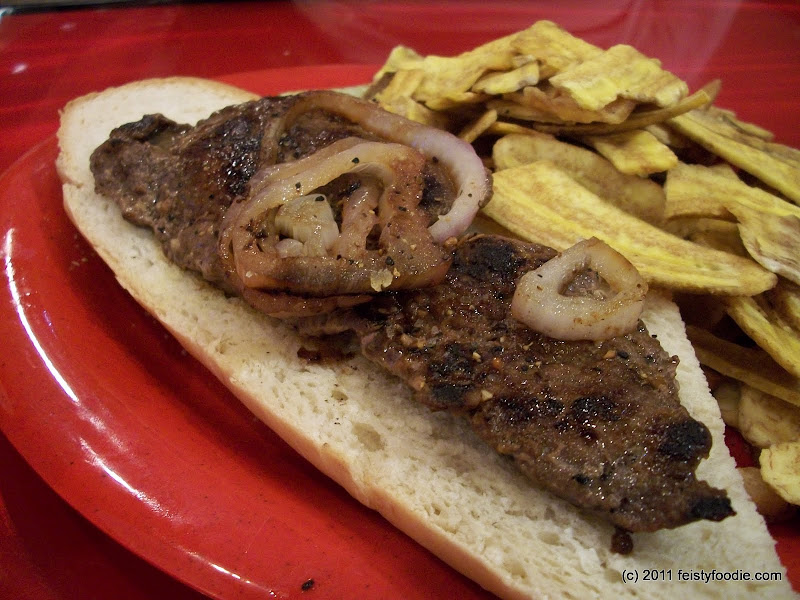 CT says: I’m pretty certain the menu said it was actually an open faced sandwich, so I ate it as such, leaving the other gigantic half of the bread on the side. The sandwich was ok. As should have been expected, the steak was cook well, leaving it without too much flavor. The bread was also mediocre, but edible. The plaintain chips were a nice alternative to fries, adding a nice crunch to the meal. And everything was enhanced with a few dashed of hot sauce. Overall edible and nice service, but I’d try my luck with a different place if I found myself at Miami airport again. Fortunately, I was still satisfied from all our prior Panama eats.

I had what I think was called the Mojito Chicken Sandwich. It came with fries. The waitress also made a point to ask me if I wanted cheese and tomato on it. I chose the latter in order to be “healthier.” Turns out they charge extra for cheese and tomatoes. It was nominal, but the waitress should have let me know that. The chicken sandwich was pretty average and not too dried out. 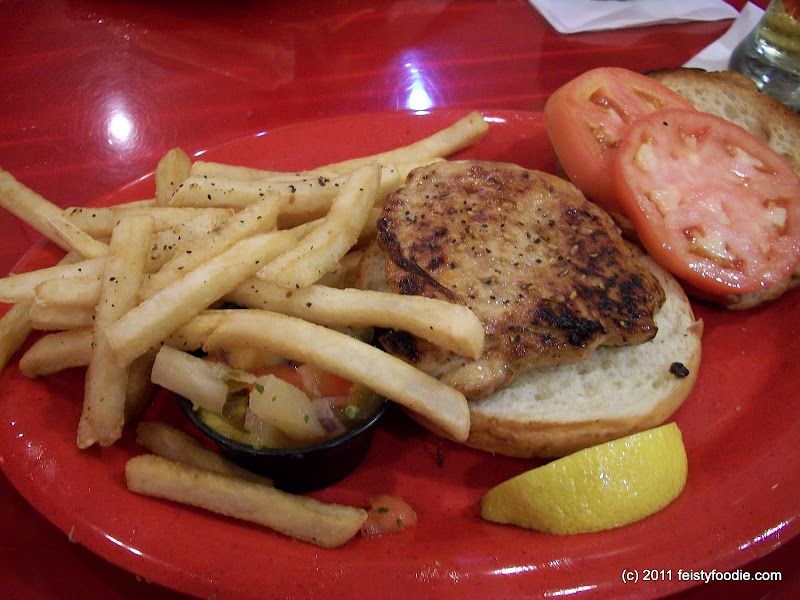 All in the all, Casa Bacardi Bar was pretty meh, but par for the course for airport dining. If you are able to, go to Bongos which is past security rather than this place. It has been a lot of fun bringing you along on our eating adventures in Panama. I hope you enjoyed the ride!