We didn’t have any specific plans on our last full day in Panama. With all the previous adventures/running around we did, we decided to relax and stay low key. In the morning we would check out the Amador Causeway and then spend the rest of the day by the pool. The causeway was built using the solid rock excavated from the Canal to connect a group of islands. There is now a bunch of shops, restaurants and hotels overlooking the water.

During our travels through the city on previous days, I noticed a lot of random street vendors especially in the morning. There is no better way to get the feel of a city than by eating some street food. We made a couple stops along the way.

First, a fresh fruit vendor. We got a slice of pineapple and a palm fruit(which we also had at Manolo Carocol the night before). I think it cost about 60 cents for both. 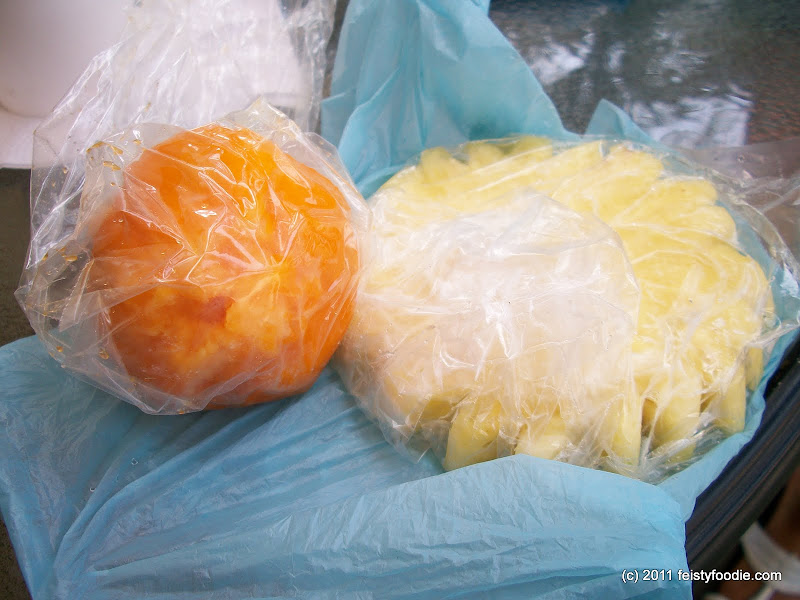 The palm fruit was quite stringy and had four good sized pits in the middle. It was sweet and juicy, but too messy for my preference. The pineapple was also very good and a lot easier to eat.

CT says: Both were really refreshing and a nice start to the day. The palm fruit was messy at first, but once I figured out how to eat it (split into four section based on pits and stick the whole section in your mouth to eat the fruit off the pit. Spit out pit) it was quite enjoyable.

Down the road, a small truck was setup with a sandwich grill in the back. Turns out the nice lady, who didn’t mind being photographed, was selling ham & cheese sandwiches. I think it was $2 and change for both. The ham was a little suspicious and the cheese was plasticy, but the roll was good and it made for a good little breakfast sandwich. 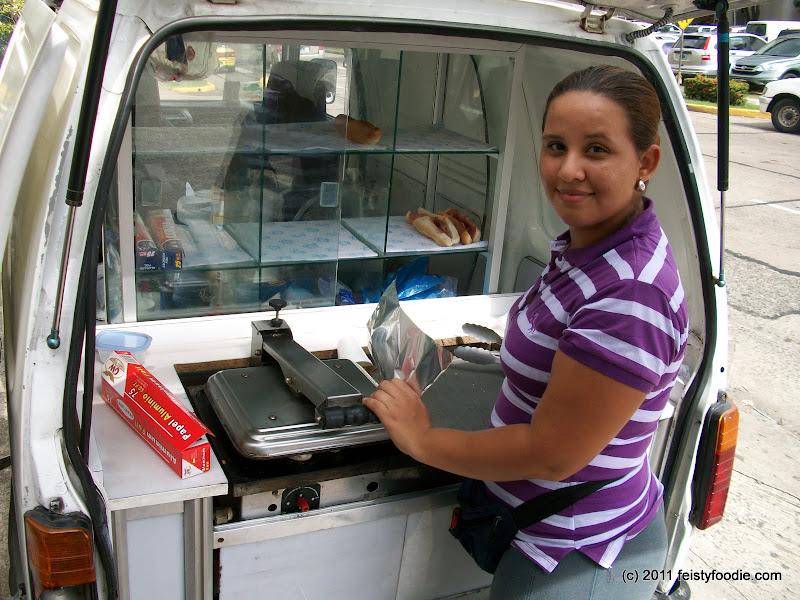 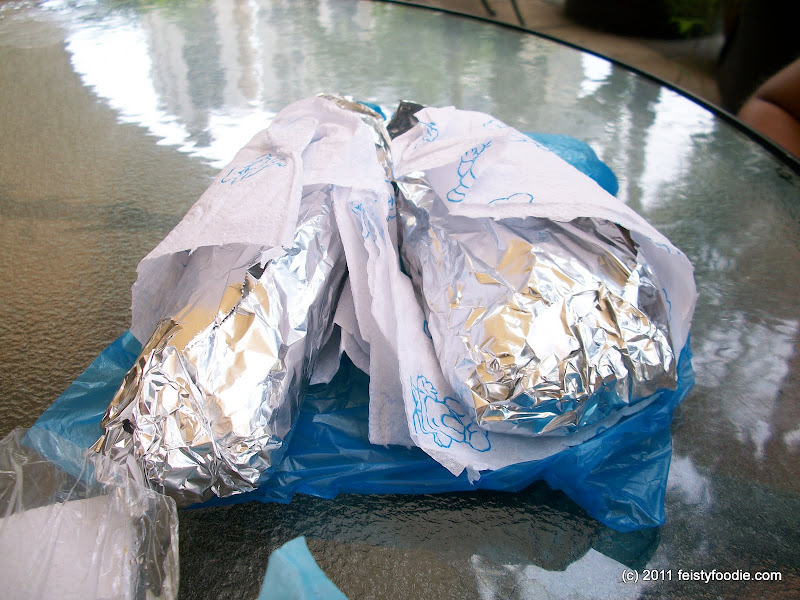 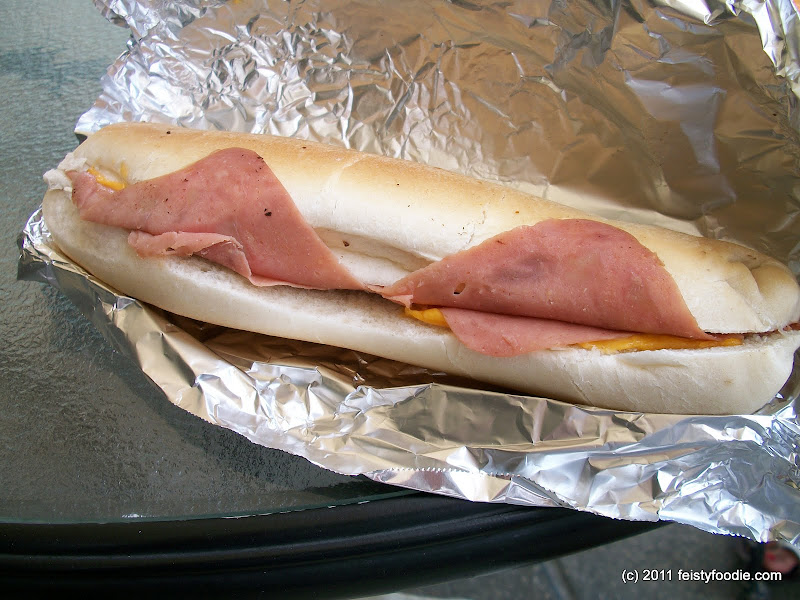 CT says: I think there she had more options at the start of the day, but we hit the truck just after morning rush-hour so ham and cheese it was. It was pretty good for what it was and the van-grill was quite impressive.

We washed all this down with a juice from one of the ubiquitous drink vendors, most of whom have gatorade coolers strapped into a custom bicycle. The juice was similar to what we had at Casa Sucre. I think the large drink cost 50 cents. 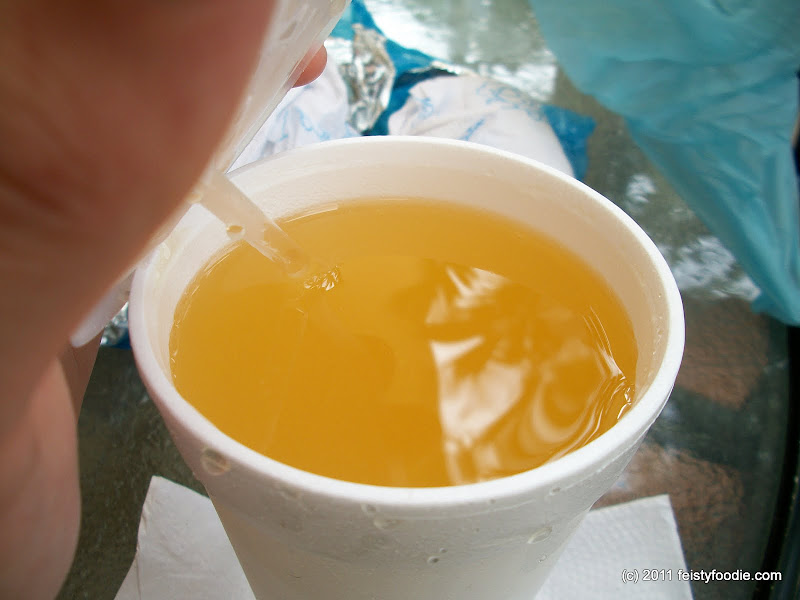 CT says: Meh… it was cold and thirst-quenching. I won’t really miss this drink though.

Once we got to the Amador Causeway, it was already pretty hot out. After walking around for a little while, we needed something to cool off. We saw an ice cream/smoothie stand called Frutz. I guess Angelo Sosa’s influence is far and wide. 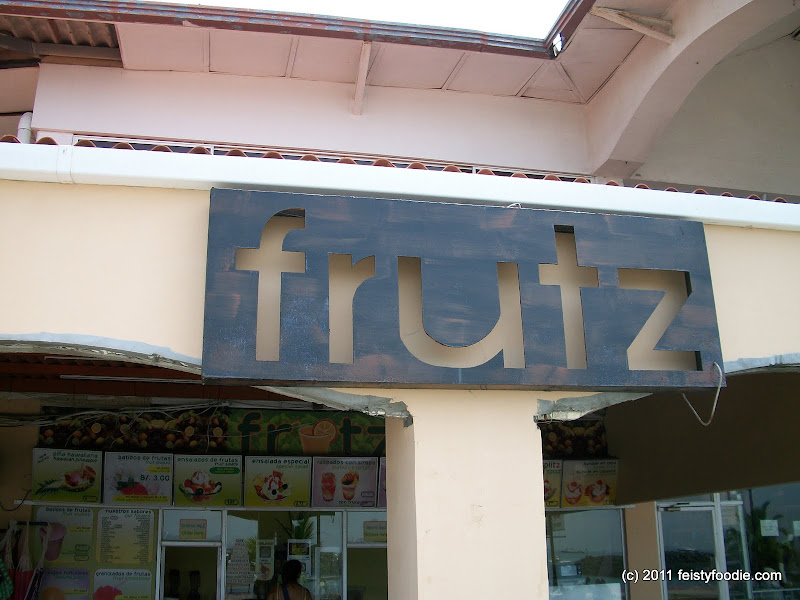 We decided a non-dairy fruit smoothie would hit the spot. At $3 each, it was more expensive than both of our breakfasts. 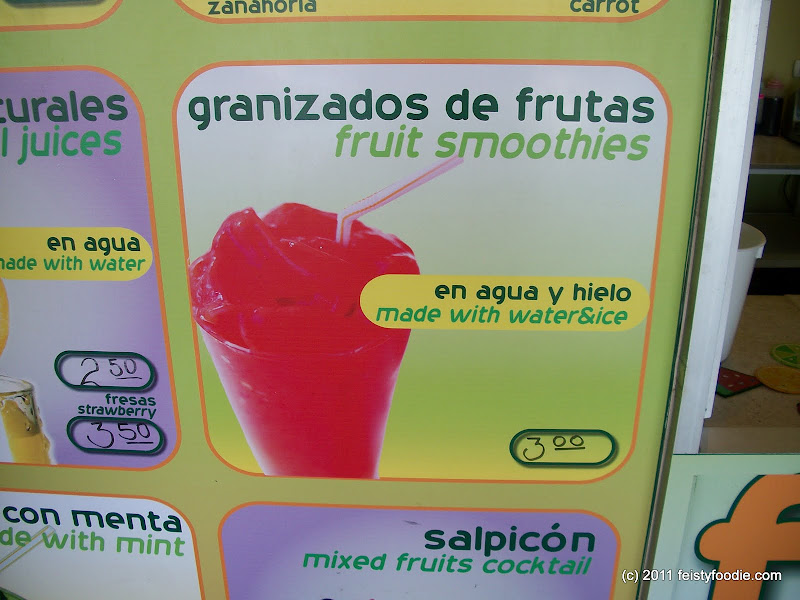 They had a large selection of flavors. 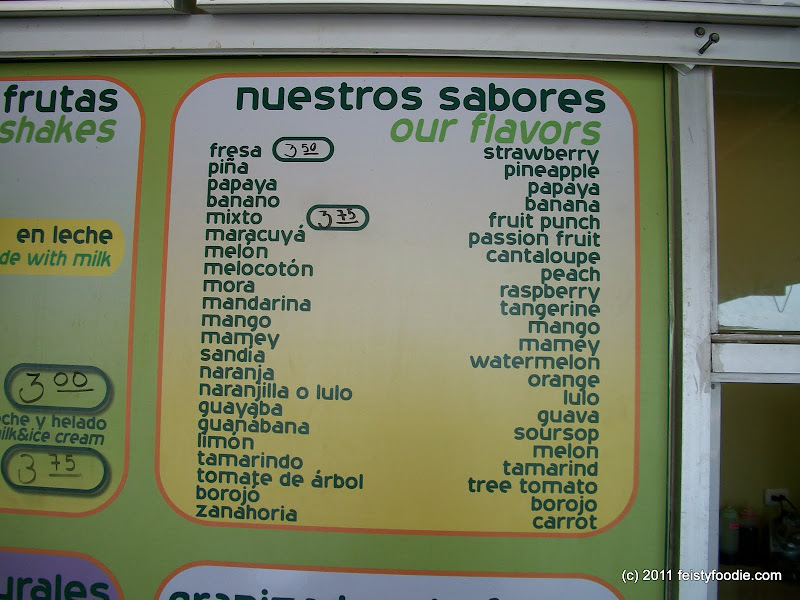 I have simple tastes so I went for a limon, while CT wanted more maracuya. 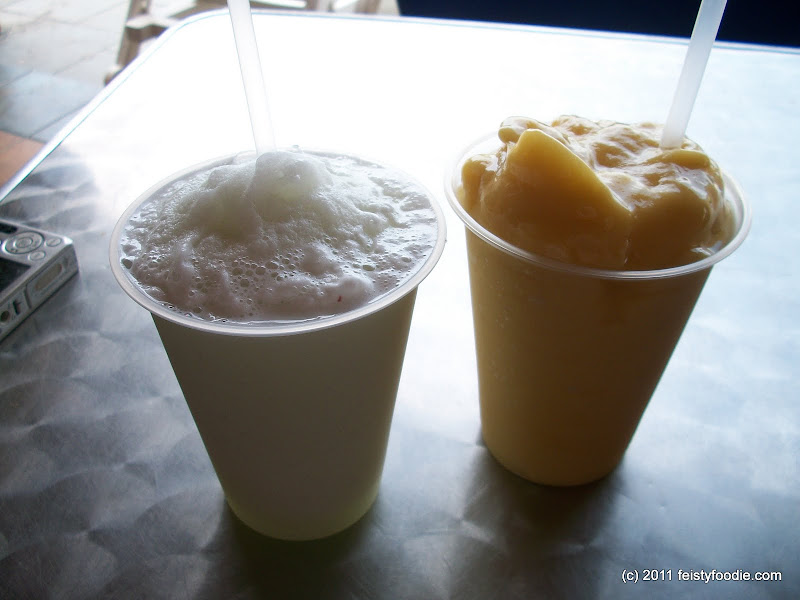 We enjoyed our drinks right in front of the store with a wonderful view of the water. My limon was super tart, but delicious. CT’s maracuya was super sweet, so she couldn’t finish it. 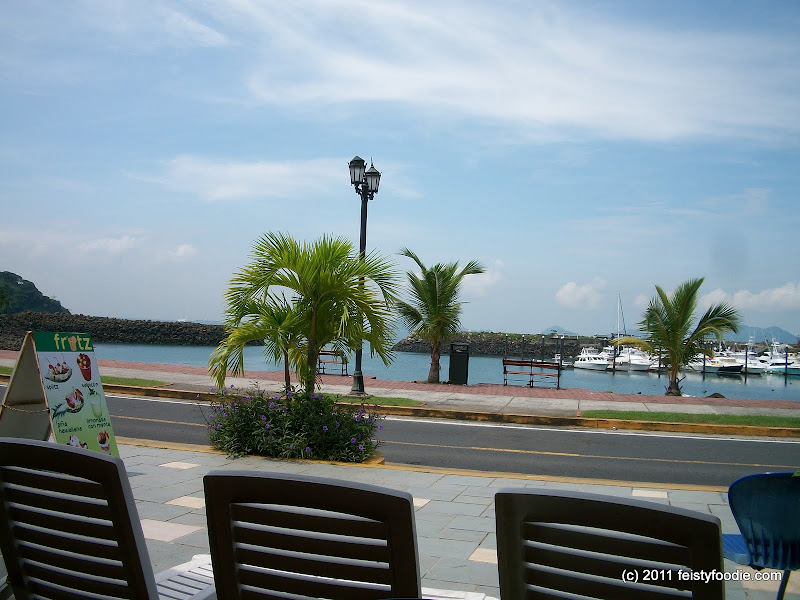 CT says: Have I mentioned my love of maracuya? It was delicious, though much sweeter than our previous night’s dessert. I would get it again, but only if I could get a smaller size. Although, I have that problem with most smoothies – it’s just too much coldness.

All in all, it was a very nice way to spend our last morning in Panama City. It was fun to try some of the local street vendors to see what people eat for breakfast down there on the way to work.