The morning after our meat-fest at Gauchos, we were up early to head out to the Panamanian countryside for a ziplining adventure. Adventure it was with a variety of buses we took and the 4-5 mile walk into the jungle in the 85 degree weather and 200% humidity. I think we did a pretty good job of burning off the calories from the previous nights dinner and then some. Once we were somewhat back in civilization, we were both pretty starved, especially since we hadn’t eaten much most of the day. All over Panama, we saw these fast food restaurants called Pio Pio, which seemed to be like a Panamanian KFC. There is Pio Pio in NYC, but they are unrelated. We were willing to eat just about anything at that point so we stopped in before catching the bus back to Panama City.

The menu was very similar to KFC in that it had whole pieces of fried chicken, popcorn chicken and the like, along with a few nuances to cater to the local market.

CT got the chicken meal that came with a breast and a large side of rice and coleslaw. It wasn’t all white meat in the breast and had some tasty dark. The rice was pretty flavorful and she raved about it. The cole slaw was nice and tangy. It was somewhat of a mix of a vinegar and mayo based slaw. 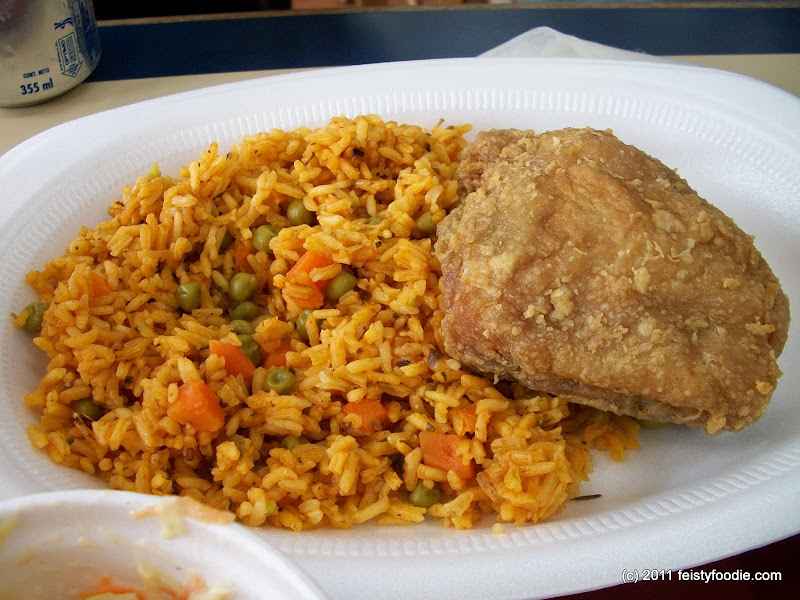 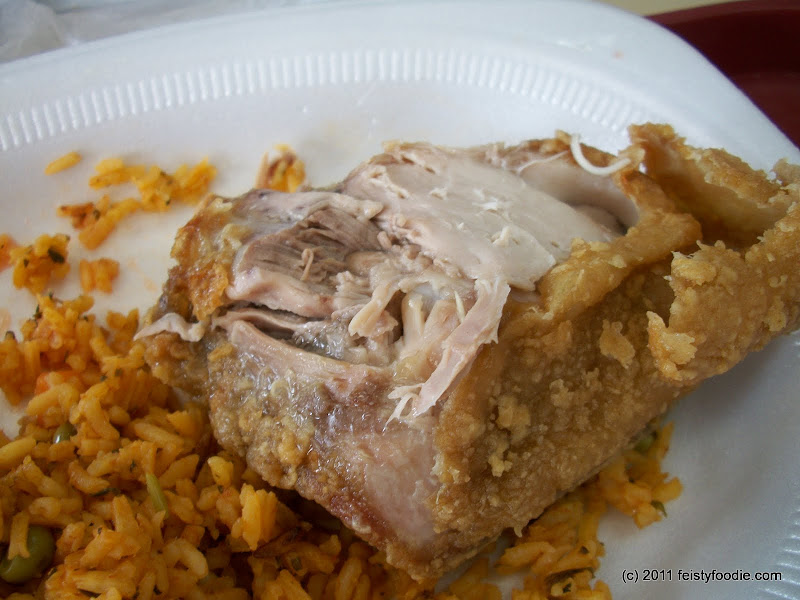 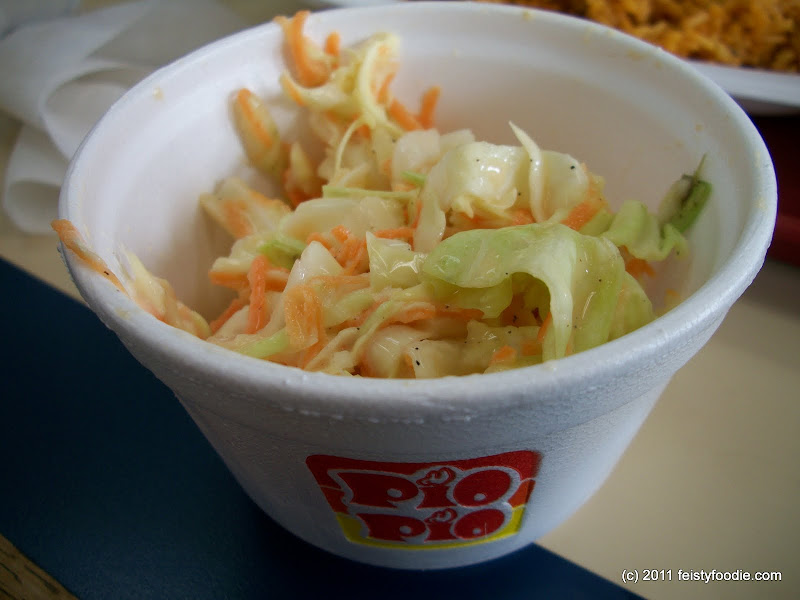 CT says: I thought the fried chicken was great, especially considering it wasn’t freshly fried. The skin was crispy and pretty nicely flavored and the the meat was very juicy. I was even more impressed by the rice, though. It was super flavorful and well cooked, with actually veggies mixed in. I couldn’t stop eating it (which is the only reason I didn’t yell at TT for eating all my coleslaw, which apparently he thought was his…). Granted I was both beyond starving and heat-drunk, but I really enjoyed Pio Pio and definitely would be willing to return if I were back in Panama.

Oops! I guess I was “heat drunk” also and appropriated the cole slaw for myself.

I decided on the popcorn chicken meal that came with fries. The chicken and fries were pretty standard, but I gobbled it all up quickly. It definitely tasted a lot better than it normally would have if we didn’t do all that hiking. 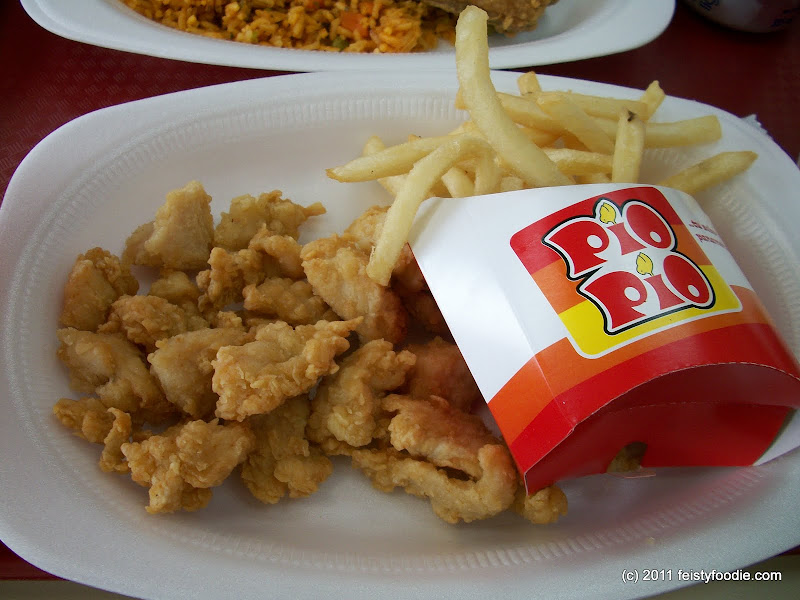 All in all, Pio Pio did a good job at staying off starvation for us. I believe everything with an added on bottle of water cost about $9. We had a lot of fun ziplining and recommend you try it yourself if you get the chance. We saw a lot more of Panama than most tourists since we found our own way there and enjoyed that. Although next time I’ll take the manager’s advice and hire a car. Fried chicken was a nice treat at the end of the adventure.