After a filling lunch at René Cafe and saying goodbye to CT’s parents so they could rest up before another pre-wedding celebration, we decided to explore a bit more. We read about the famous fish market, El Mercado de Mariscos and already decided that it would be a mandatory stop during our trip for their wide selection of super cheap ceviches. We saw the fish market from the cab when we first got into the city and noticed that it was pretty close to the B&B we stayed at. Since that day was the only time we would be in that area (we didn’t know how close our other hotel would be), we decided that our full stomachs be damned; we were going.

As with all good fish markets, it was right on the water. There was actually a nicely landscaped walking area bordering the water from downtown to Casco Viejo. I would be a little scared to go out on one of those fishing boats though. 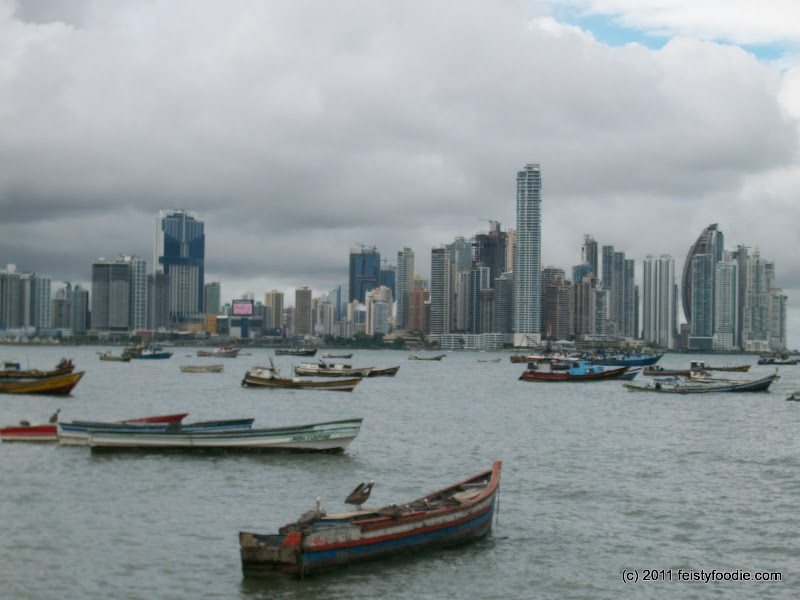 The market is split up into two areas; inside, where you can get fish by the pound and outside, where most of the ceviche stands are.

The inside stands had a HUGE variety of fish that appeared and smelled super fresh. There was actually a restaurant on the second floor that will cook whatever you buy. 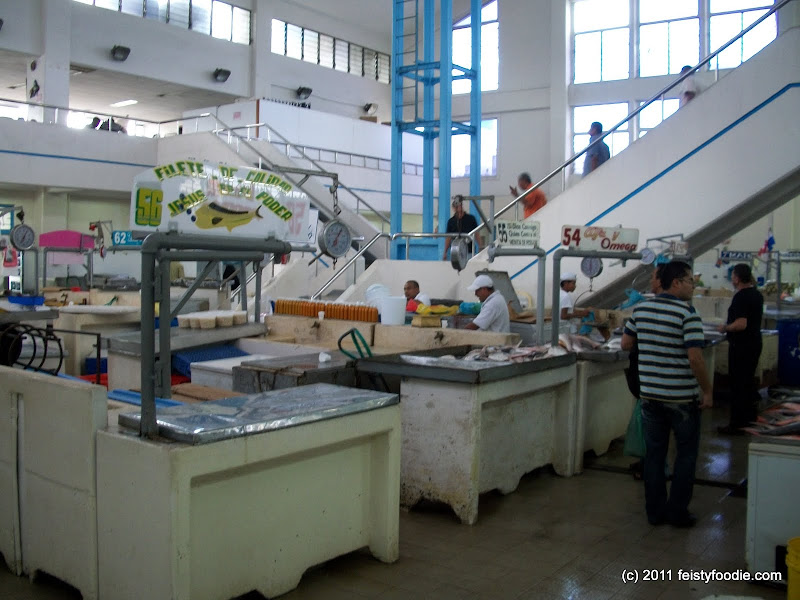 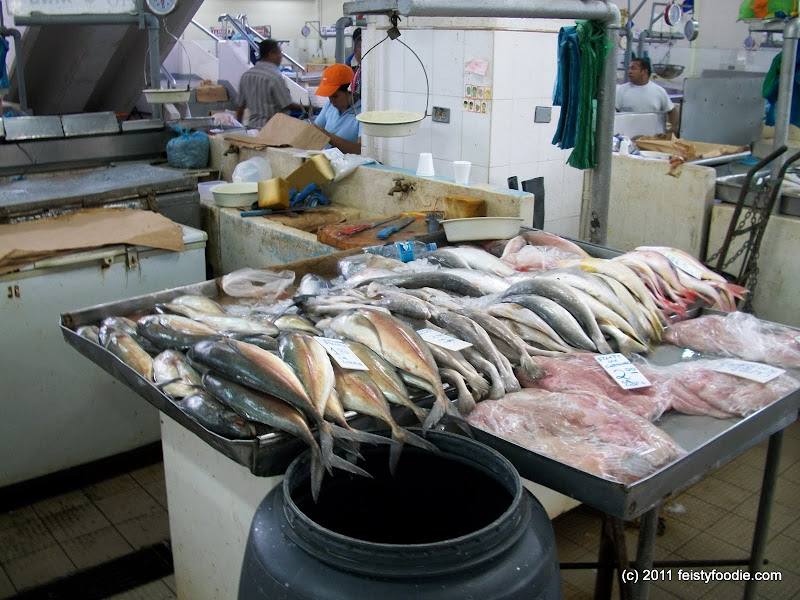 CT says: Uhh… there was?? If I had realized that, we would’ve been eating a whole second lunch!

It was pretty hard to figure out which stand to get ceviches from. I am sure the locals each have their favorites. Prices were the same everywhere. $1 for corvina(sea bass) and $2 for most everything else (shrimp, octopus, conch). 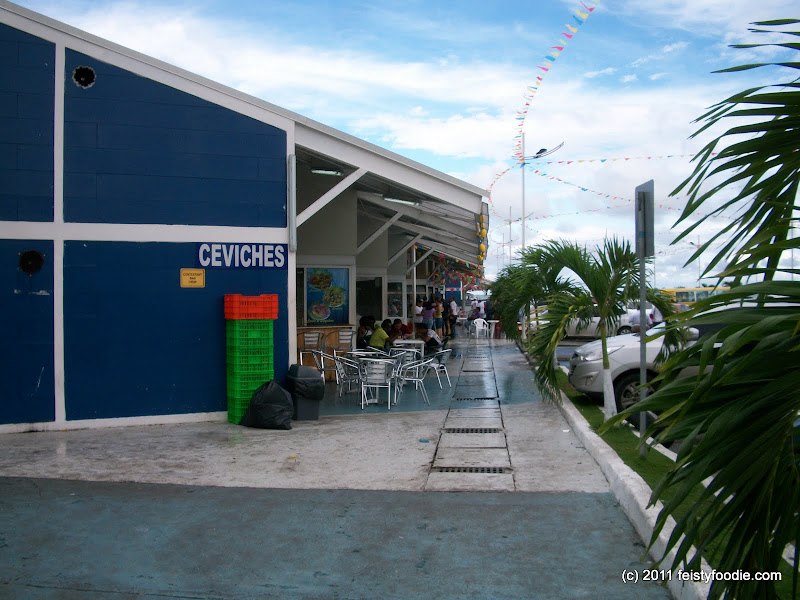 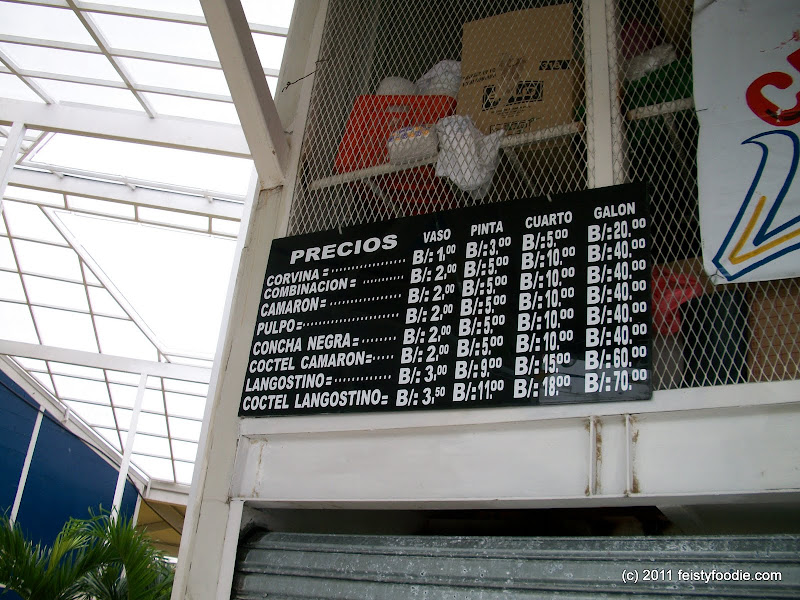 This stand seemed to be popular, so we ordered from there. The lady was kind enough to let us take her picture with all of the large jars of seafood goodness. 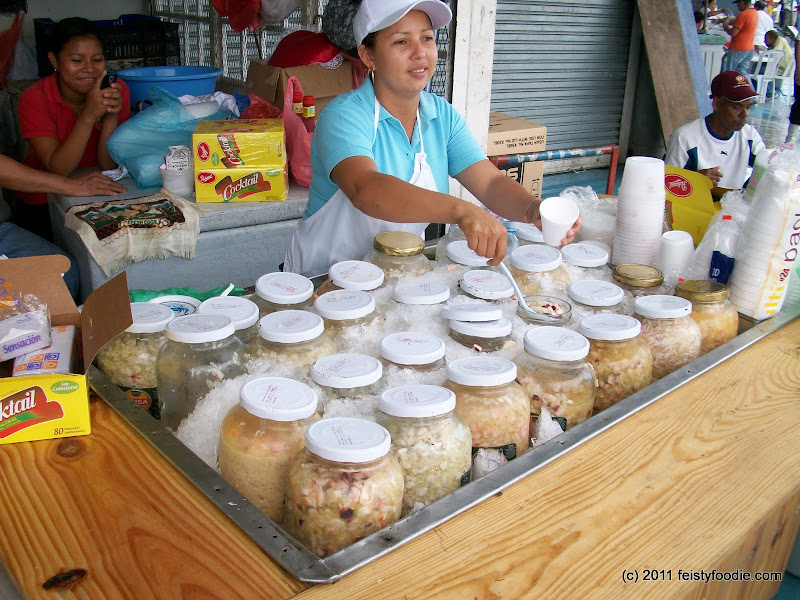 CT got the Camaron. As with all of the ceviches, they had a TON of onions along with the lime juice. The onions caused the ceviche to be somewhat spicy. The shrimp were quite large and delicious. 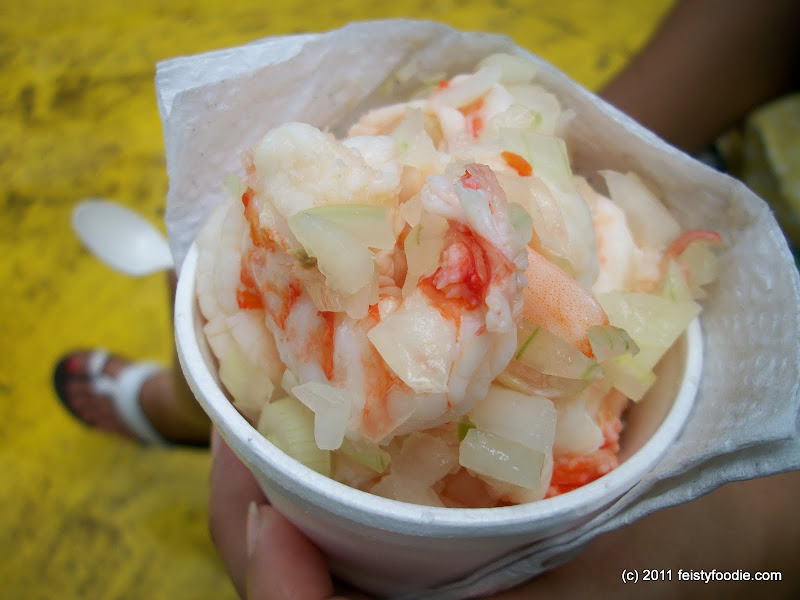 CT says: I was pretty shocked to see so much seafood for that price! It was so fresh and delicious. Of course, I would have preferred a little less onion, but at least there was plenty of shrimp and for $2, what more can I ask for? I really wish we had something like this in the city.

I got the Pulpo. I love all things octopus, so it wasn’t a question on which ceviche I would get. This did not disappoint with lots of octopus chunks throughout. Like the Camaron, it was also quite “spicy” and considering I was already full, it was too much to finish. 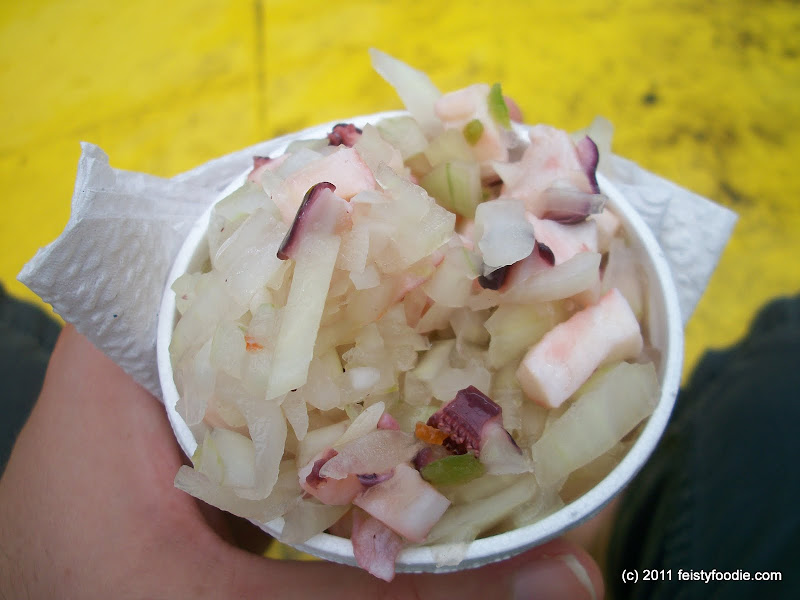 All in all, the fish market was AWESOME. I wish I could come for lunch at least once a week. I would be super full on $4 worth of food. Definitely check out the market if you have some time in Panama City.