When it was announced that Neely’s was opening in the Merchant’s space, KC was very excited as it’s in her ‘hood.  Beer Boor was even more excited apparently, as he made haste and went just as soon as it opened.  KC made reservations for a group of us to go about a month into their life, to wait out the kinks and let things shake out the way they might.  So it was in early August FBM gathered for a meal there. 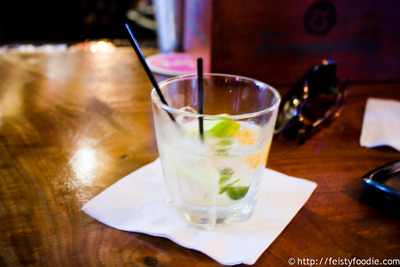 KC and I were first to arrive, so we took seats at the bar to wait for the guys.  She was interested in the green tomato sangria, and asked the bartender a few questions… and he said “Would you like to try it?” and then gave us this glass so we could try it.  We thought that was really awesome of him. 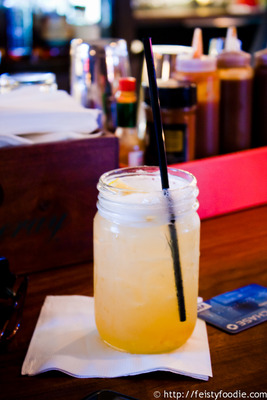 KC decided it was interesting, but not for her, so she ordered the Spicy Passion – which was indeed spicy! 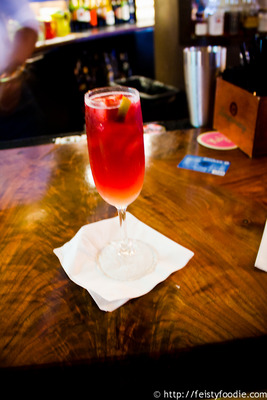 I went with the sparkling sangria, which was nice and refreshing on a hot day. 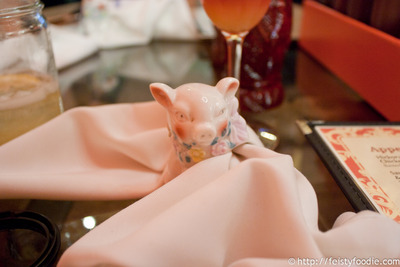 We were seated, as a group of seven, in one of the private rooms which was interesting.  There was an iPod dock in the wall if we wanted to listen to our own music, and a camera watching our every move… probably because of people like me, who saw these adorable pig napkin holders and immediately (JOKINGLY) suggested taking them… hahaha!  Aren’t they cute? 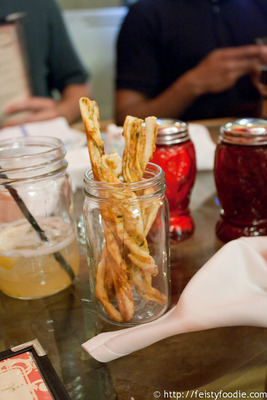 Small mason jars of cheese breadsticks were scattered around the table, and I enjoyed munching these. 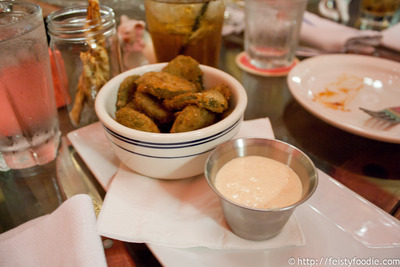 We ordered fried pickles (two orders; this is one) for the table. 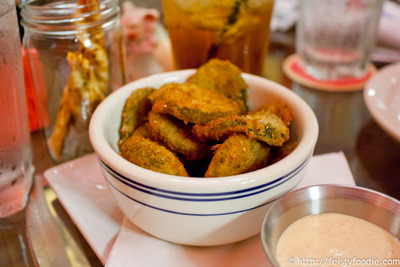 I thought these were OK; some of them were a little soft, some were crunchy and good.  The sauce didn’t do much either way for the pickles. 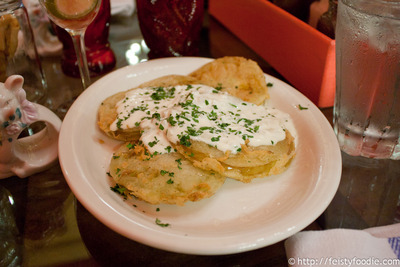 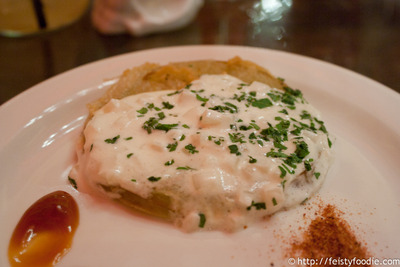 I really enjoyed these; though the breading wouldn’t have stayed on the tomato had I picked it up, and was softening quickly from the moisture in the tomato, the Vidalia onion dressing on top was really good.  The flavor of the tomato was also spot-on… I would definitely order these again. 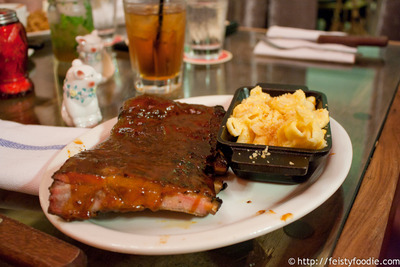 I went around photographing everyone’s dishes, because they expected me to.  I tried the mac & cheese – did not like. 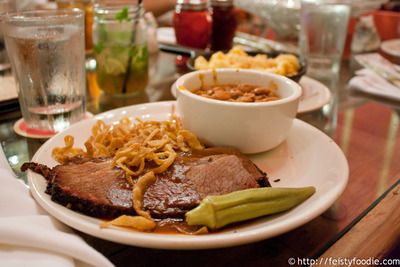 I’m honestly hoping everyone will come by and share what they ate and what they thought, because I don’t recall. 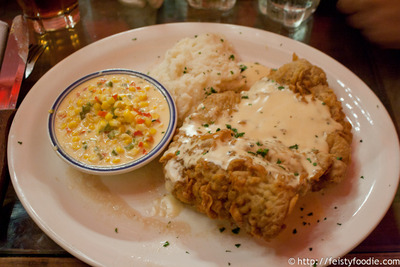 Beer Boor ordered the chicken fried steak, and I’m just now realizing that I was supposed to try the corn but didn’t get to.  Boo! 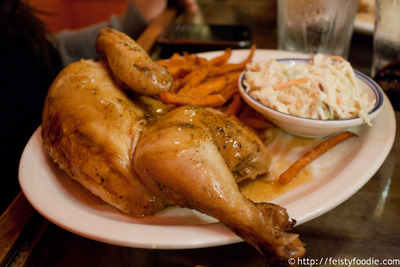 KC ordered the beer can chicken. 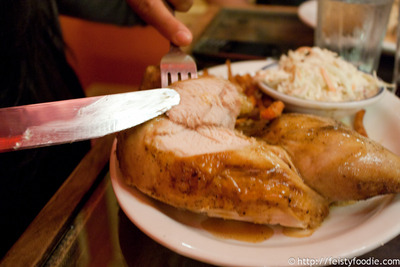 She really liked it, asking me to take this picture to show how juicy the chicken was. 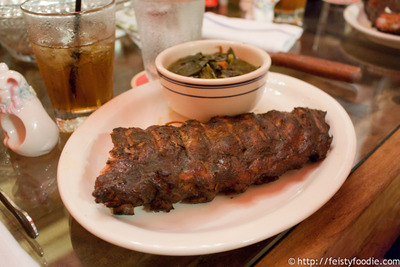 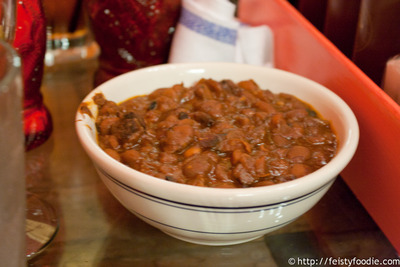 Big bowl of beans – side order.  They were OK. 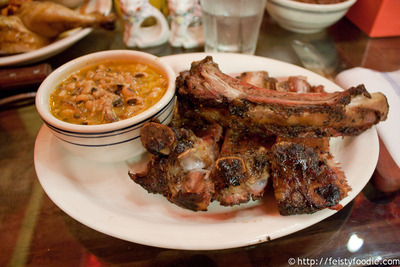 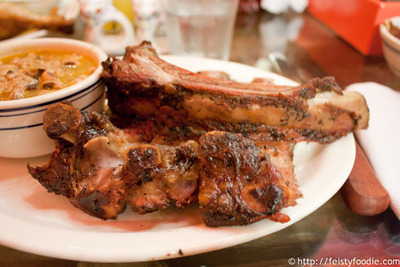 The ribs, however, really disappointed me.  I’m used to beef ribs being huge (yes, bigger than this) – I’d have taken just one, but a really big one – and the flavor was just OK.  They were slightly dried out and there wasn’t much (or any) smoke taste to them.  They just tasted like… cooked beef rib.  No real flavor to them, so I was super disappointed.  I ate one and then took the rest to go (because I hate wasting food).  They didn’t improve (or get worse) with age.  I was just really disappointed.

Yvo says: While I may not remember everyone’s dishes, I remember the general consensus as we left: probably wouldn’t go out of our way to return.  The only two people who said they’d return were Beer Boor & KC; as they both live relatively nearby, that was no surprise.  The food was mostly fine, but nothing remarkable or extra special to warrant a trip there… but if you’re in the area, why not?
very middle of the road