Our first two days in Panama were spent in the Casco Viejo section of Panama City. This is the “old town” that is full of historical buildings unlike the skyscrapers that have been popping up like weeds downtown. For historical preservation purposes, there is a law down there that in Casco Viejo, building facades must not be taken down for historical purposes. This result of this is that there are a ton of building “shells,” which makes this section of the city ghost town-like. Many ex-pats have purchased these building shells over the past couple of years and built spectacular townhouses inside them. The neighborhood is still in the process of gentrifying, so plenty of deals are to be had. Walking down some streets was a little sketchy at times, but the Presidential Mansion of Panama is nearby so it safe enough, especially with lots of cops with machine guns around.

One ex-pat couple took a building and turned it into the beautiful Casa Sucre Bed & Breakfast. As it was only a couple blocks from the wedding welcome parties, it was the perfect place to stay. After a comfortable night’s rest, CT booked us for the 9:30 breakfast slot before we left to explore the city. We soon learned about “Panama time.” Things move a lot slower in Panama, mostly due to the insane humidity. If you ever find yourself in Panama, be sure to leave plenty of time for each activity as it will probably take longer than expected. When we were seated, the Proprietress informed us that we would have to “work for our supper.” This meant making our own butter at the table. She brought out two small jam jars filled with cream and marbles and explained that we had to shake the hell out of it to make the butter. It was a cute and engaging activity. It also led to a nice conversation with the other couple we were eating with.

CT says: Fortunately I had been up for awhile already, so this morning “workout” wasn’t too difficult. I felt bad for the other couple who just rolled out of bed and seemed to be struggling a bit. But it was fun and a cute way to start the meal.

The sweet butter in all its glory. Just don’t eat the marbles! 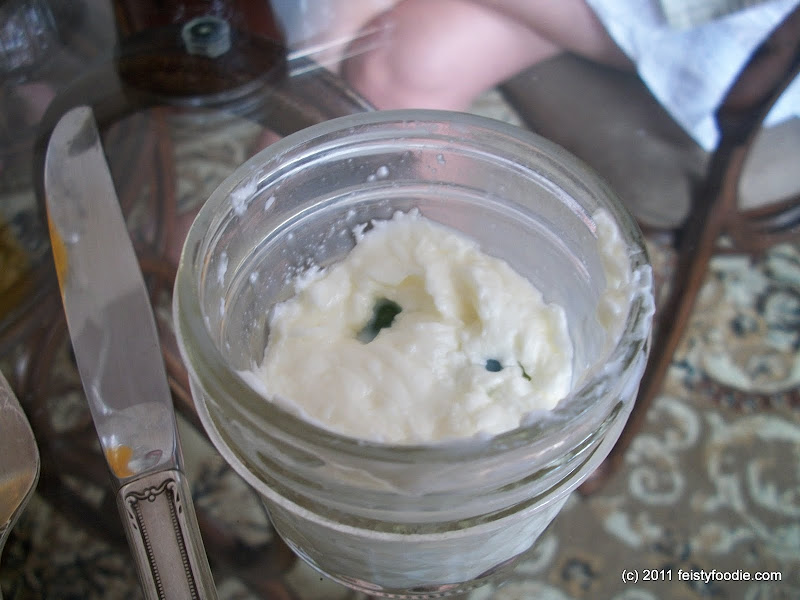 We were also served some juice. No idea what it is other than “tropical.” We later learned that it seemed to be the OJ of Panama i.e. everyone drinks it in the morning. 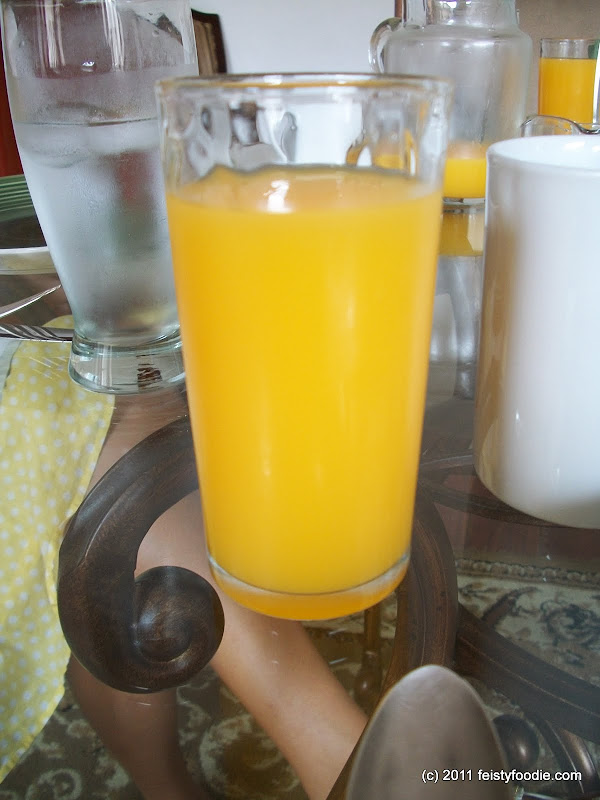 Breakfast consisted of a sausage frittata, raisin toast and some fresh fruit and veggies. The frittata was awesome. It was a big portion(approx. 3 inches high) and full of yummy sausage. The toast was great with our butter and some homemade jam. The fruit was nice and fresh. I think it was watermelon and papaya. 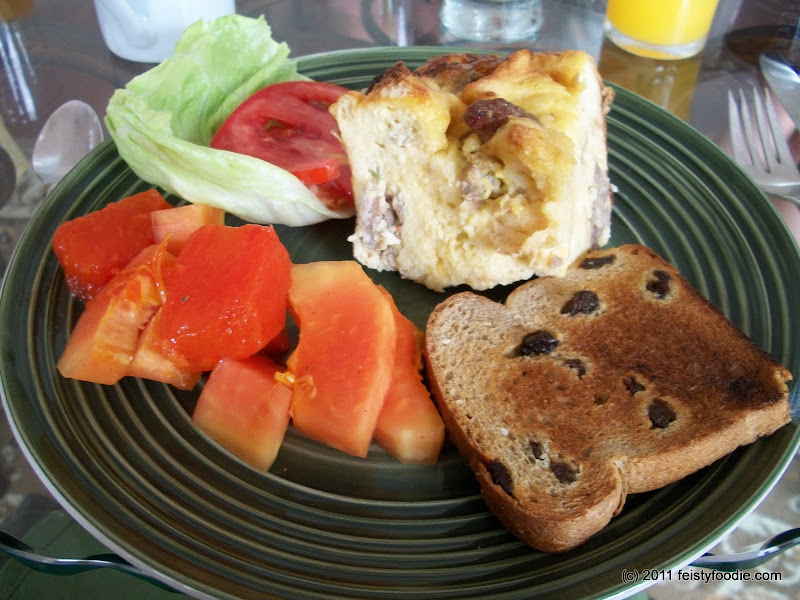 CT says: The fruit was really great – very sweet and refreshing. But that frittata was amazing! Better than most restaurant frittatas I’ve had. Solidly stuffed full of delicious sausage… I gobbled this down. For just putting together a breakfast on the whim (I’m pretty certain she wasn’t any kind of professional cook prior to her B&B experience), I was pretty impressed.

All in all, breakfast was worth the wait. I am a big fan of egg based breakfasts and this one did not disappoint. While it was a fun experiment, I don’t think I will be making my own butter at home.