As a couple of young professionals living in Manhattan, CT & I were looking to save as much money as possible on plane tickets to allow us more freedom for other more important expenditures. I think there were only one or two direct flights to Panama City from the NYC area, so that meant a layover. For us, this also meant buying tickets on the first flights of the day since they are the cheapest. Therefore, our flight out of town was at 6:30 in the morning and we had to leave our apartment at 4 in order to get to the airport(EWR) in time. Considering the total cost of the tickets per person cost about $475, it was well worth the lack of sleep and spending the better part of 2 days traveling back and forth including a stop in Miami.

After checking in at the surprisingly busy check-in counter (thanks for being as inefficient as possible Continental!), we headed towards our gate. Terminal C is one of the nicest terminals out of all NYC-area airports with a ton of food and shopping options. Fortunately for us, most of the restaurants open early. After checking our options (Jamba Juice, Famous Familigia, Brooklyn Deli to name a few), we decided on Smashburger. This is a chain that has recently come to the tri-state area to compete with others such as Five Guys, The Counter, etc. Since the closest location to us is in Brooklyn, we had yet to try it.

I was surprised to see that their breakfast menu was based on a foundation of Taylor ham(pork roll). This is a New Jersey-centric pork product that is similar to Canadian bacon. They even offered a special breakfast burger called the “B.A.D (Breakfast All Day) Smashburger”- 100% Certified Angus Beef, Smashburger, Taylor Ham, fried egg, ketchup and American cheese on an egg bun. My stomach wasn’t ready for that type of grease nor did I want to risk any intestinal issues since I had about three hours of flight time ahead of me.

As CT wasn’t fortunate to grow up in New Jersey, she never had Taylor ham before. We both ended up getting the Taylor ham, egg and cheese on a roll. Of course, it was a couple dollars more expensive than what you would pay at your favorite local deli. The ham was a thicker cut than I was used to and included two slices, so the sandwich was not lacking in meats. Though, it could have been left on the griddle a little longer for more caramelization. The egg was adequately fried. We both thought there was too much cheese in the sandwich. Plenty of the processed American stuff glooped into the containers as we ate. 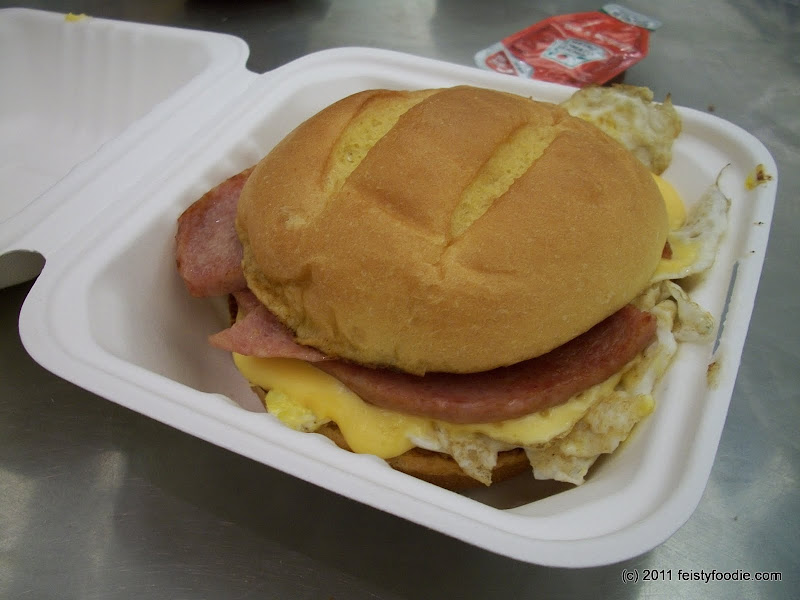 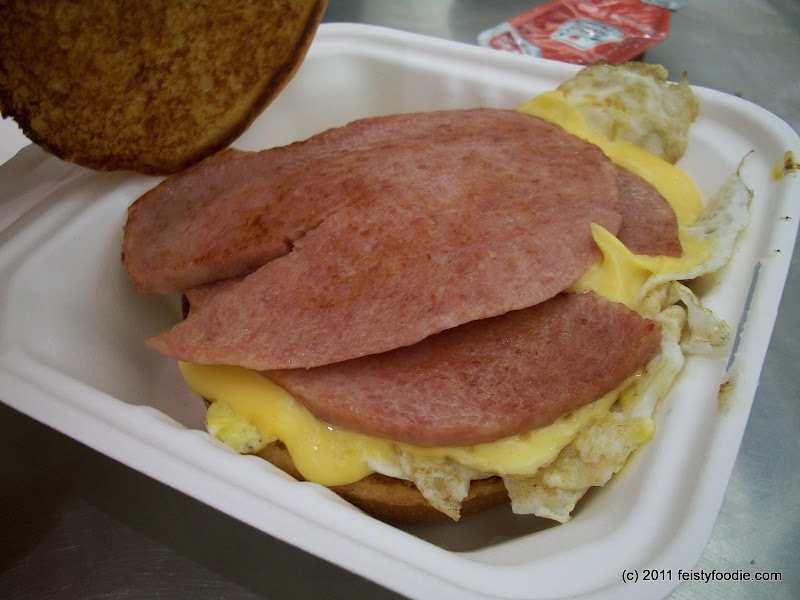 CT says: I was confused to see Taylor ham on every breakfast menu in the airport until TT explained it to me. It definitely tasted more similar to Canadian bacon than regular ham, though it seemed a little more… processed? Almost like the bologna of hams. Anyways, it was good enough for me, though I had to take some out towards the end because it was just too much meat (TWSS). Still, given the choice between ham, Canadian bacon and Taylor ham… well, Taylor ham would probably be my third choice. Sorry New Jersey.

For good measure, I got an order of fries for the both of us to share. Unfortunately, they don’t offer hash browns a la McDonalds. The fries were pretty standard fast food. Nothing remarkable as expected. 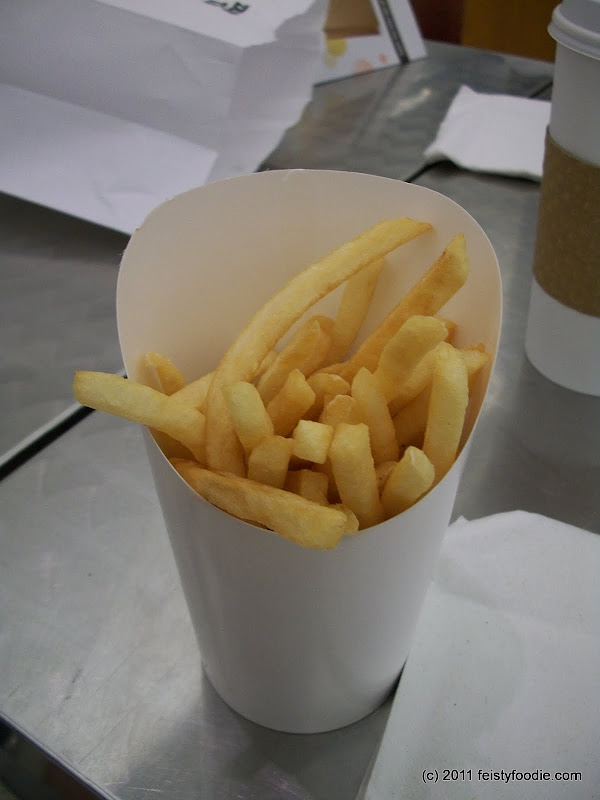 CT says: I really wanted a hash brown or at least the Burger King tater tots. The fries sufficed, but they weren’t the same. C’mon Smashburger! I really wanted to like you more, but I will give you a second chance for a (non-NJ) non-breakfast meal. 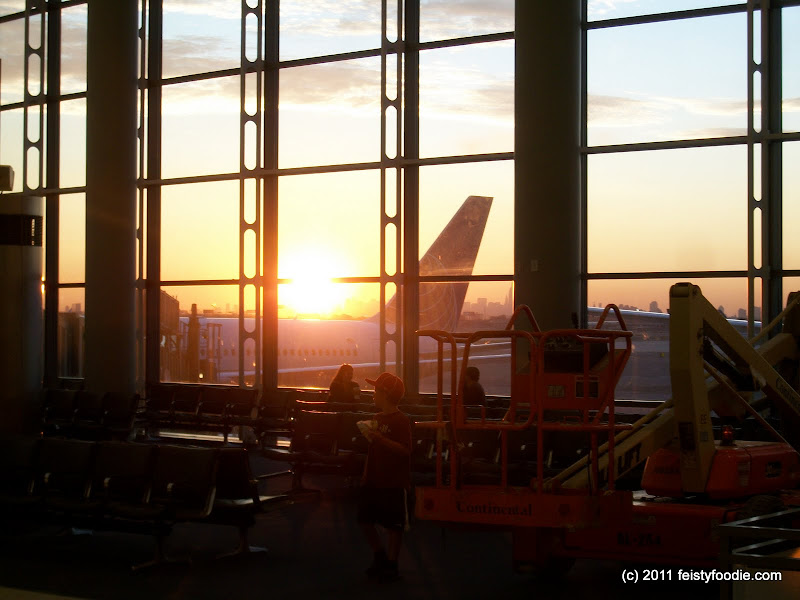 All in all, Smashburger offered a nice bit of childhood nostalgia for me before hopping on the plane. They served a respectable taylor ham, egg, and cheese sandwich; especially considering it’s an airport. I would definitely be interested in trying one of their burgers, but only during the lunch or dinner hour.