Back on Friday July 8th, I had tickets to the Yankees vs. Rays game. This was the one game a year that I go to with my father. Since it was a Friday in the summertime, I was able to duck out of work a little early so we could head up to my favorite bar up there for some cheap beers and pork mofongo. Right as we walked into the bar, the skies opened up and the Bronx got a cleaning it desperately needed, hehe. Although I expected the rain to let up in a few minutes, as most Summer storms do, it never did. They called the game at 5:30, but after we already ordered our mofongo. We enjoyed our mofongo and headed back to Manhattan. Yes, this most likely would have been the game that Jeter got his 3,000th hit. D’oh.

Dad wanted to wait for traffic to let up so he decided to hang out in the city a little while longer. He suggested we go to a local bar to have another beer and maybe some more food. CT was just hanging out in the apartment with no special plans, so it was easy to convince her to come out with us. While thinking of places to go, I remember that Living Social recently came up with a new type of deal called “Instant Deals.” It would give you a list of places near your location with deals that were available for the next few hours. The best part was that if you buy the deal and don’t use it within the 4-5 hour time period, they give you a refund automatically. One such offer was for Nelly Spillane’s, a new bar that recently opened next to Rattle N Hum. The deal was “$10 for Any Non- Combo Appetizer and Domestic Bottled Beer (1 per table).”

Dad & I weren’t especially hungry so we decided to share the appetizer. The “Crispy Clam Fries with Salsa Verde” piqued our interest. We were presented with just a bowl that was heaping full of strips. No salsa verde, no lemon, no nothing. After a couple dry bites, we asked the waitress about getting cocktail sauce or something to counteract the heavy hand of salt on the clams. She came back with brown sauce that she said the chef recommended. It had a strange peanut flavor to it. The clams themselves had no flavor since sadly they appeared to come straight out of the freezer into the fryer. Luckily I didn’t get sick from the clams, so I consider that a win, ha. 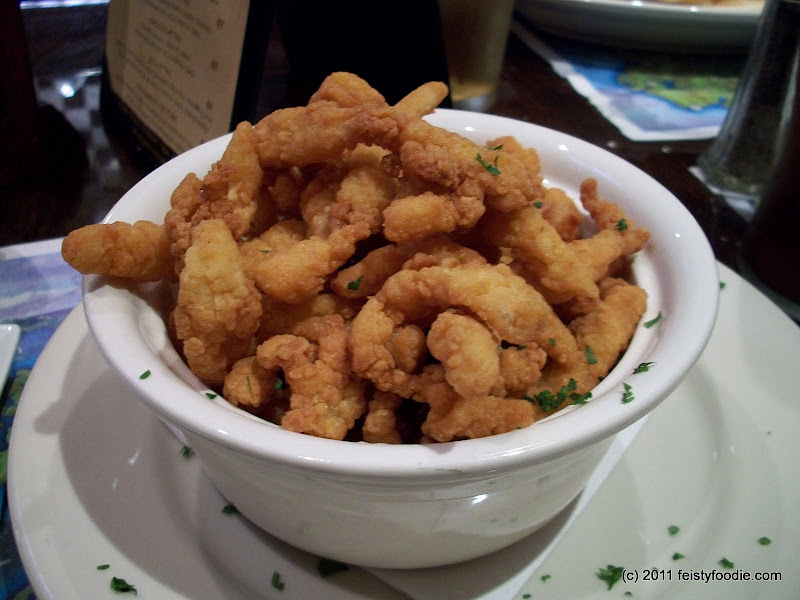 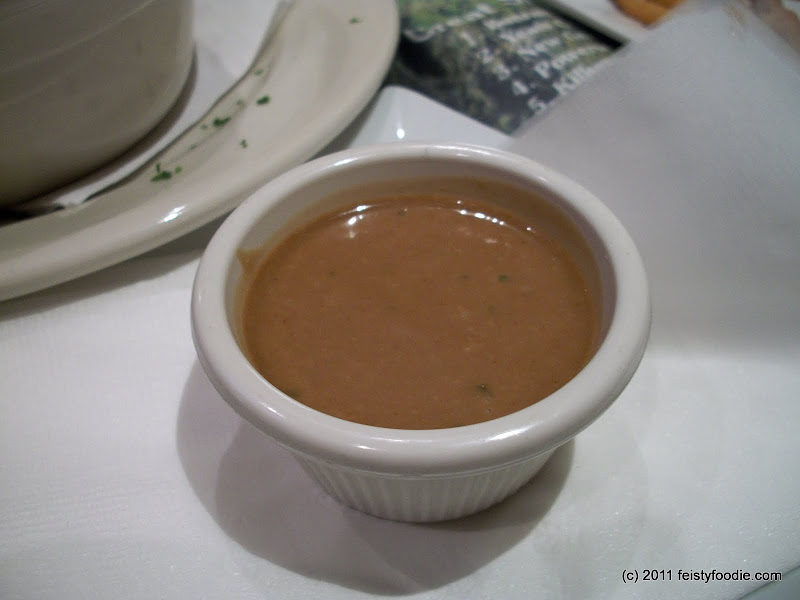 When we were walking in, we saw a big sign advertising a Friday special of “$10 for fish & chips with a beer.” This immediately drew CT in. Unfortunately, what came out was also sadly straight out of the freezer. As least she had some tartar sauce and lemon on the plate. I had a bite of the fish which was edible. The fries were pretty limp and could have been cooked longer. 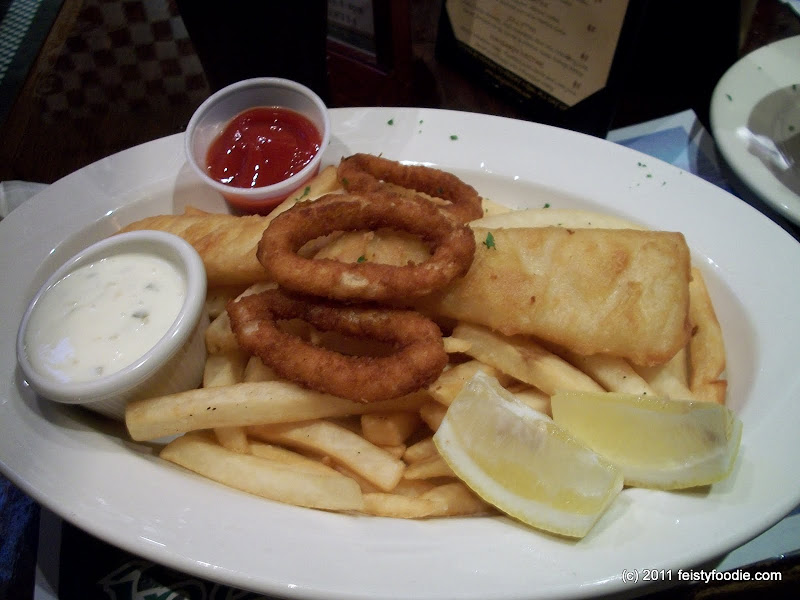 CT says: I was incredibly disappointed by the look of my meal. It was basically 2 fish sticks on a huge mound of underwhelming fries. Fortunately they tasted just fine – not too fishy nor too greasy. But really nothing special and as TT mentioned, the fries weren’t any better. I was extra disappointed because there were a few other items on the menu that sounded really interesting. Overall, it was bad but definitely not a dish I’d order again. I might go back to try some of the other menu items, but with much lower expectations.

Once we got the bill, that is where the fun started. I am pretty sure we were the first people to ever use the Living Social deal at the bar. At first the waitress and later the manager thought the deal was simply $10 off my bill. This made zero sense as I already paid Living Social $10, so it would have result in no “deal” for me as part of the payment of the bill would go to the bar and part to the website. I kept my cool and slowly went through how the deal works with them and after five or so minutes, they understood that the deal was $10 for 1 appetizer and a beer(a value of approximately $17). They apologized once they understood and took the $17 off the bill.
They also have free karaoke on Friday nights. Not too many bars offer karaoke on weekend nights, so take that as you will. Maybe just trying to attract new customers?

All in all, the food we got at Nelly Spillane’s wasn’t good. We saw a couple burgers and sandwiches go by to other customers that looked pretty good. I think we’ll give them another shot especially since they are so close to home. With the explosion of deal sites over the past year or two, I wish they did a better job training the businesses that partner with them so I wouldn’t have had to spent a long time explaining it to the staff. I guess someone has to be the first, so hopefully others that use the deal don’t go through what I did.