Last week, I was up in Boston for a couple days for a work conference. A couple of us went up the night before so we could go to a Red Sox game. Unfortunately after we arrived at Fenway, they postponed the game due to the weather. I guess Ortiz and Pedroia were afraid of getting wet?

See it was drizzling a fair amount, but still playable. 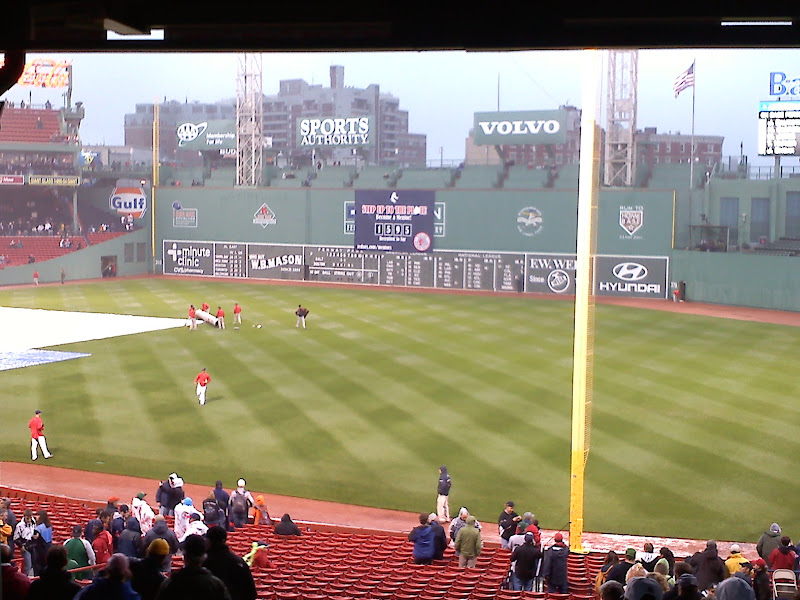 We were going to go eat somewhere outside the stadium, but all of the restaurants and bars were packed with disappointed fans. We headed back to the hotel to find somewhere less crowded. We came across an interesting, low key pub called Max & Dylans.

The menu had a lot of interesting dishes including separate Slider and Mac & Cheese sections. It was difficult to choose especially since we were all quite hungry. We started with a couple appetizers for the table.

Full disclosure, I don’t talk about my blogging with co-workers. Some of them know I am a foodie and see me eating “strange” things for lunch sometimes. They may also see me writing a post or two during some downtime at work. I figured it dinner in Boston would make for a good post(and I am running low on posts), so I bit the bullet and took a couple pictures.

Since there were six of us, I didn’t ask to take pics of the appetizers before we dug in nor did I take pics of co-workers’ food. 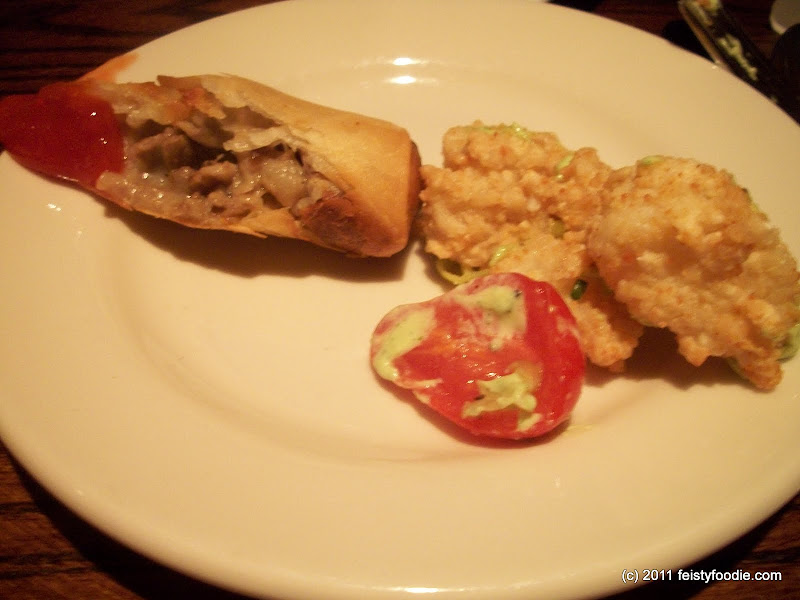 On the right was the Arborio Crusted Calamari with teardrop tomatoes, banana peppers and aioli. The calamari was nicely fried, not too greasy. Pretty standard tasting though.

On the left, Philly Cheesesteak Spring Rolls with chipotle ketchup. This was pretty good. The innards were comparable to any quality cheesesteak with a good proporations of meat, cheese, onions and peppers. I just wish we did a second order of these so I could get more than one piece.

We also had an order of New Orleans BBQ Shrimp, but I didn’t get any. 🙁

For my main, I was feeling particularly indulgent and went with the Lobster Mac & Cheese. I figured being in New England, the lobster would be that much better than NYC. I was right. Not only was the lobster delicious, there was a ton of it in the bowl. The use of cavatappi was a good choice of pasta and it was cooked perfectly. The sauce was a butter cheese BOMB, but in a good way. Toasted breadcrumbs on top gave a good contrast to the rest of the components. 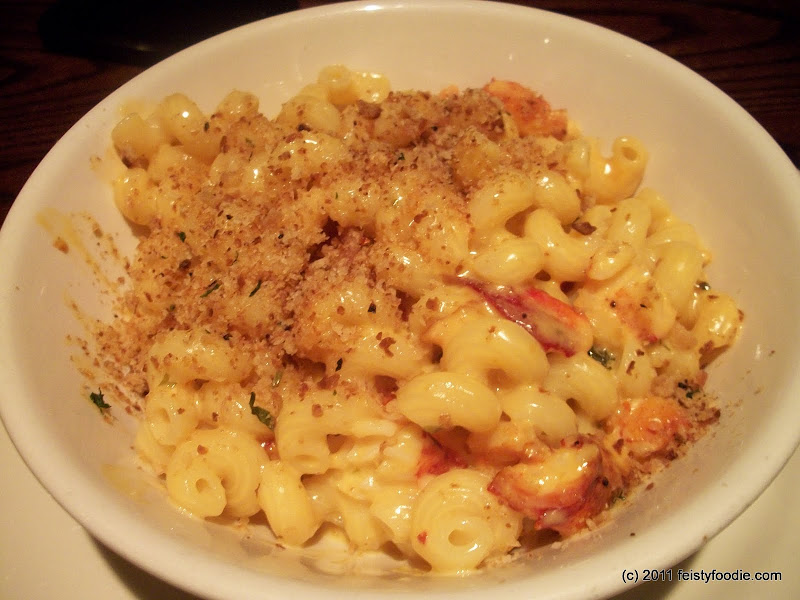 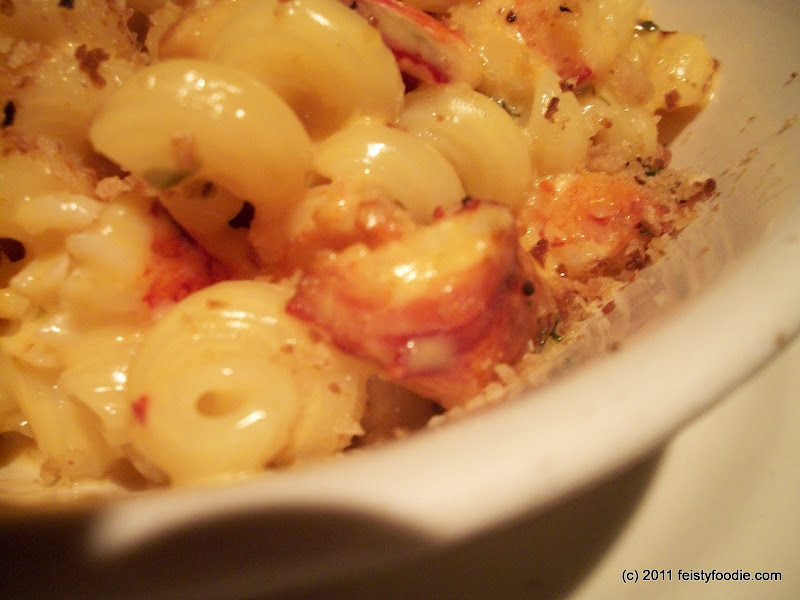 They also have a pretty impressive dessert menu, which I passed on. Co-workers enjoyed the red velvet cake and homemade “chipwiches.”

All in all, it was a very good dinner and a 100x better than the crap we would have eaten at Fenway. Our server was friendly and helpful eventhough one of us was wearing a Yankees jersey. If you are looking for a good “gastropub” in Boston, go no farther than Max & Dylans.