After we were done shopping at the outlets (more Yvo shopping, me looking), we made our way back to the city. It was rush hour, so it took a lot longer to get back than on the way there. Before heading back to the city, I figured it would be a good opportunity to check out one of Yvo’s local restaurants that she always raves about. Although I had steak for lunch, the holiday season is a good reason to eat badly. I decided I was in the mood for Jewish deli, so onto Ben’s Best we went.
Yvo says: Hmph, TT bought just as much stuff as I did, if not more. 😛

After walking in, Yvo showed me the “Big Ben’s Challenge Wall of Fame and Almost,” where our friend Goats is shown in his valiant attempt at the challenge(bottom right corner). Apparently you have to be a skinny kid in order to win. 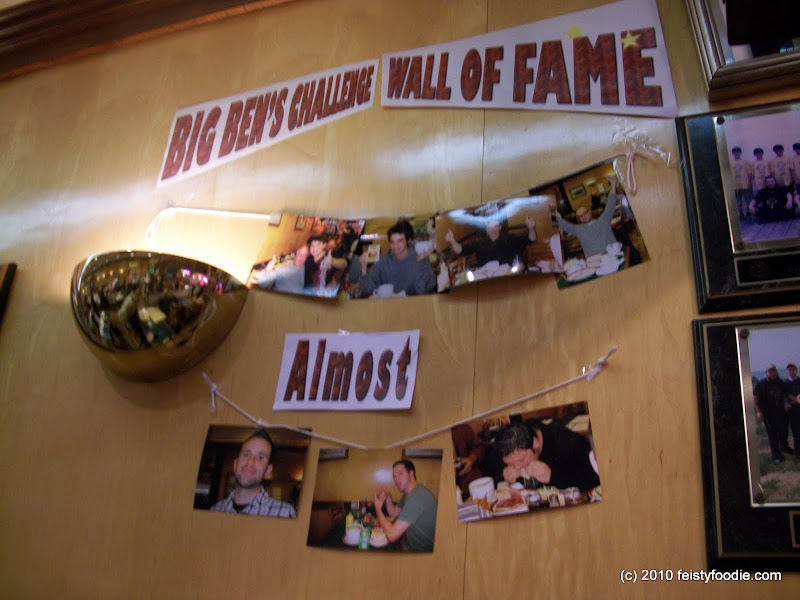 Here is the free coleslaw and pickles. The slaw had just a touch of creaminess, which was perfect. Some more half-sour pickles. I should have asked for all half-sours instead of with some dill also. 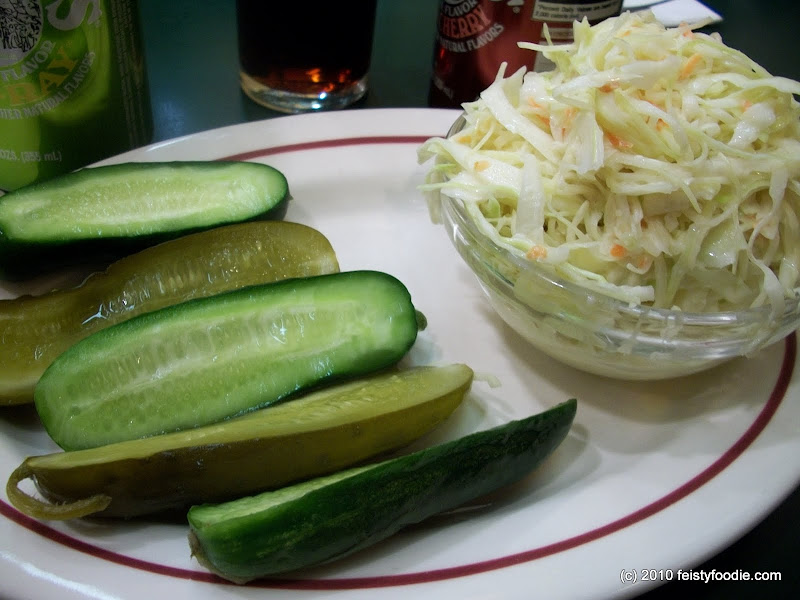 I got my traditional Cel-Rey, while Yvo got Black Cherry. I would have thought she would be a Cel-Rey person. I don’t drink soda anymore, but this is a requisite at a Jewish deli. 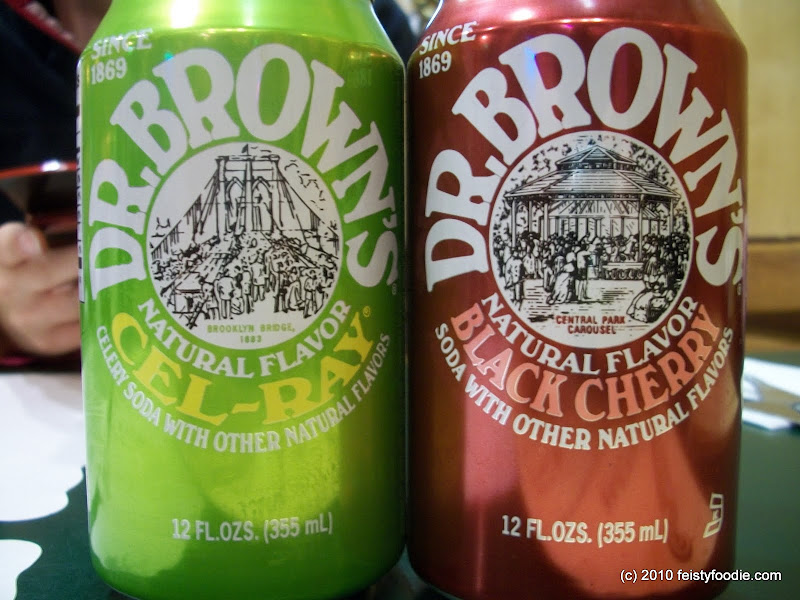 Yvo says: I’ve tried Cel-Rey at TT’s request, and it was not my thing. I think you have to grow up drinking that.

Although I wanted to try the matzo ball soup, they only serve bowls of it, which was more than I wanted. Instead, I got a cup of chicken & rice soup. I liked the fresh dill sprinkled on top. It’s the kind of touch that your mom would do for her soup. The broth was a little on the bland side, but the nice chunks of chicken made up for it. 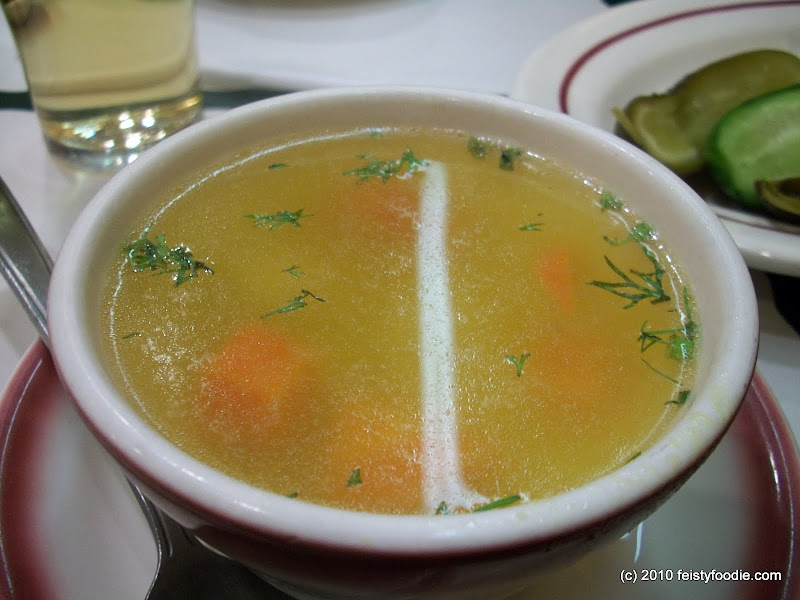 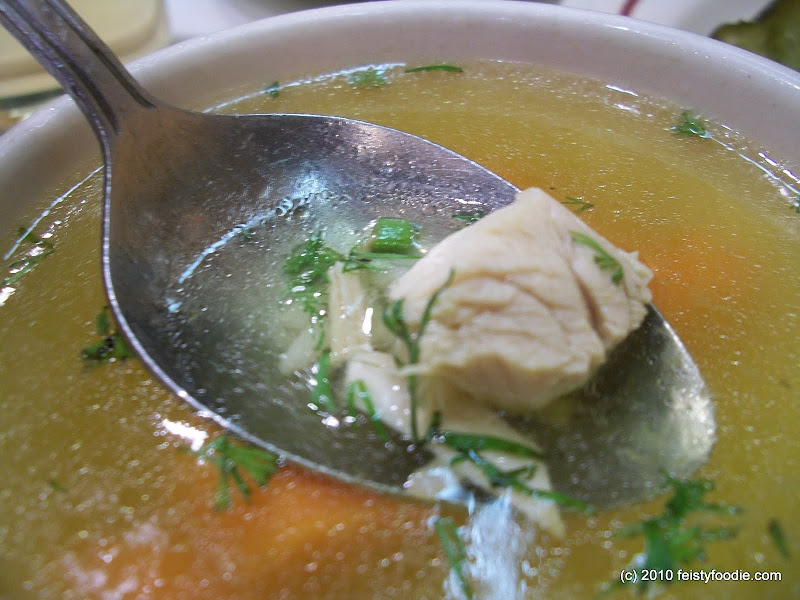 Yvo got regular chicken noodle and seemed quite happy with it. 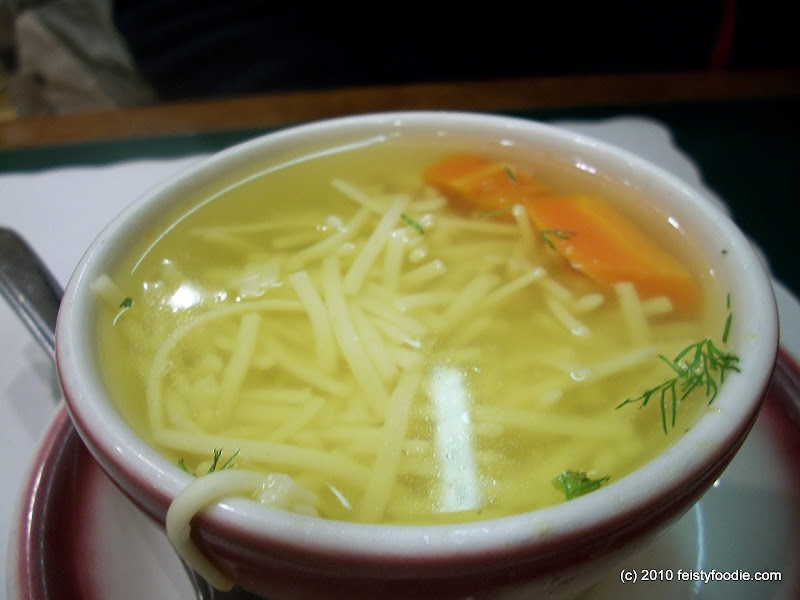 Yvo says: I admit that the broth was on the weaker side this visit, which really disappointed me because I’ve raved about the soup countless times to TT. Ah well. It’s still delicious.

She wasn’t sure what to get since she has been to Ben’s so many times in the past year, so I suggested the Daily Special; Meat Loaf with Mashed Potatoes and Gravy. The portion was so big that I couldn’t get everything in one picture. The meat loaf wasn’t the most picturesque thing in the world, but the bite I tried was tasty enough albeit a bit dry. The mashed potatoes were pretty standard. The star of the plate was the gravy, made with schmaltz! For those not in the know, schmaltz is rendered chicken fat. It was artery clogging-riffic! 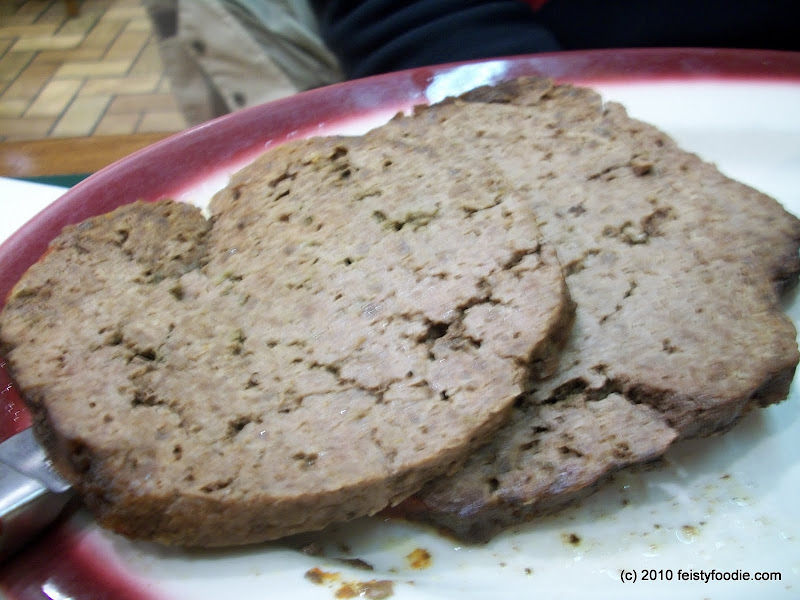 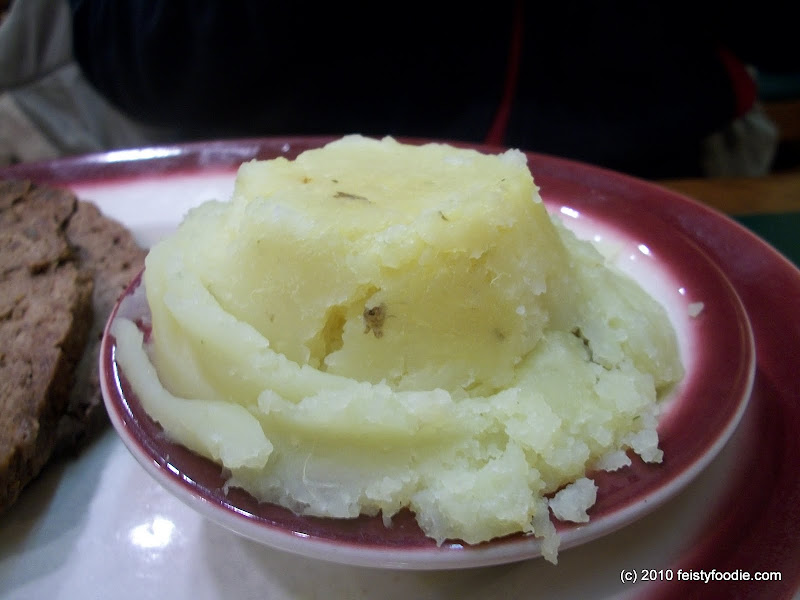 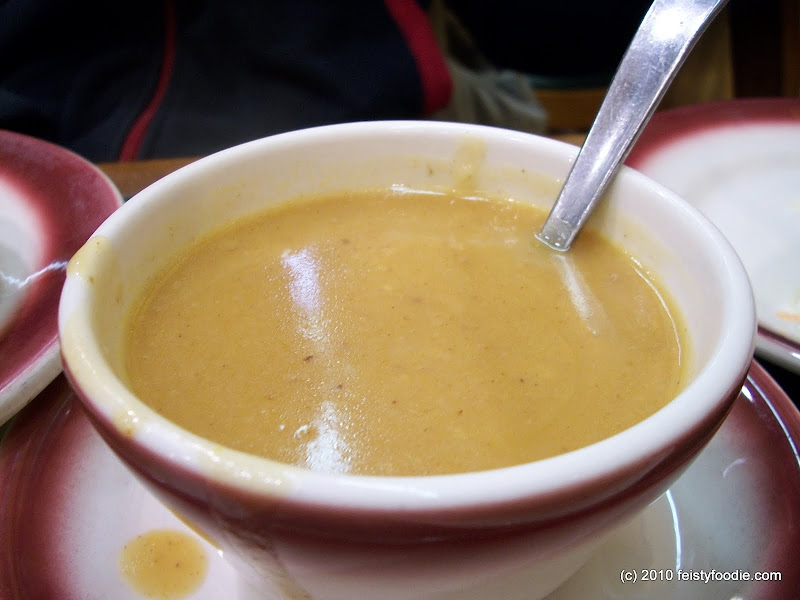 Yvo says: Yeah… it was a little dry for me, and I’ve often wondered about their meatloaf because it’s described as “So good.. if your mom made meatloaf like this, you’d never have left home!” Bold claim. I admit I took a lot home, and when I heated it up, I broke up the super dry meatloaf into chunks, smashed the potatoes over it, then poured on all the schmaltz, microwaved it, and the meatloaf became quite juicy that way and tasted half decent. But I won’t be ordering this again. Ah well… we can’t all be winners.

I decided to get a corned beef sandwich. It was cheap and piled high! Unfortunately, that was the best part of it. Yvo mentioned that the pastrami is their expertise, but I am more of a corned beef guy. The meat was just kinda of meh. I wonder if they make it in-house because it didn’t taste that way? 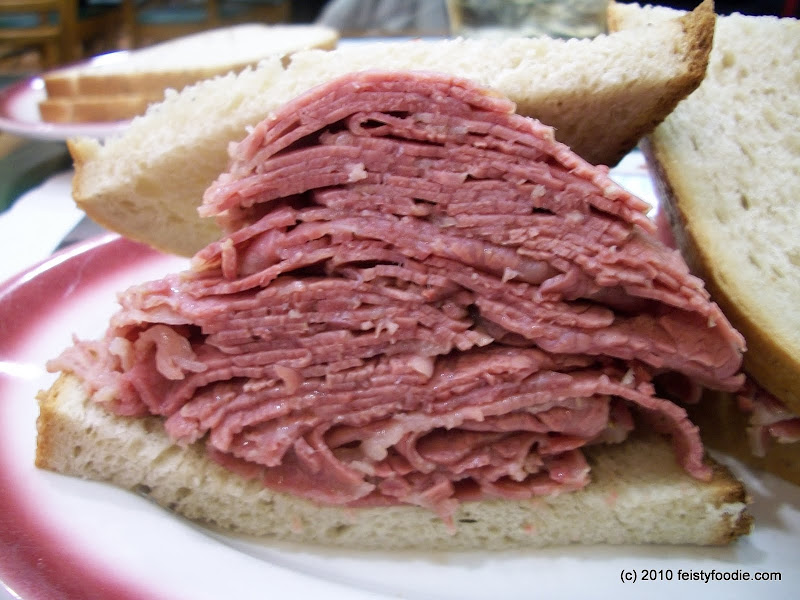 Yvo says: Sigh, this is what you get for not listening to me. Yes, it’s made in house and soft like cotton candy, but the flavor on the pastrami is a lot better.

I also got a side order of fries. Deli fries with meat sandwiches go so well together. Yvo also warned me about the fries, but once again I didn’t listen. I thought by ordering them well done I would rectify this, but they didn’t come out well done so they were mealy. I don’t send back food unless there is something in it, so ate the few crispy ones and left the rest. 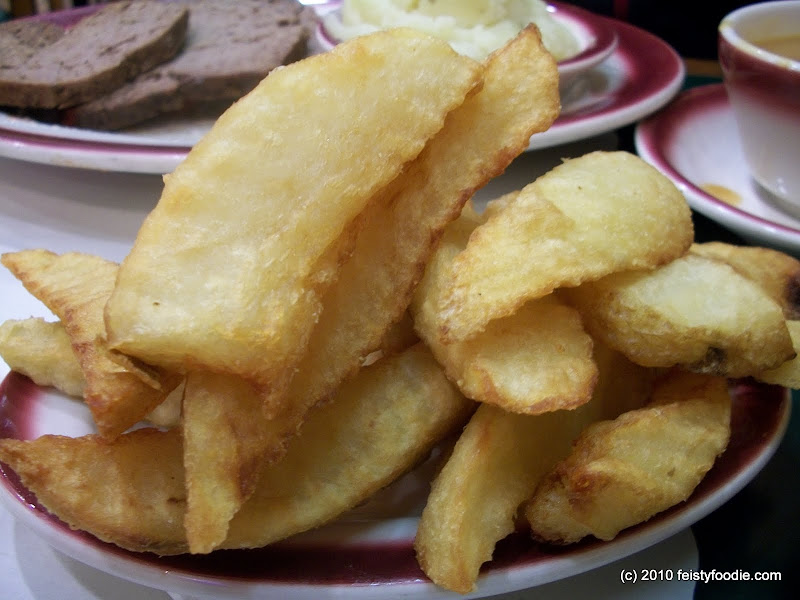 All in all, it was a comforting meal at the end of a long day. I will have to return to try the pastrami next time. Prices are quite reasonable, as expected this far out in Queens. Ben’s is definitely the last of a dying breed of New York Jewish Delis.
Yvo says: Haha this isn’t far out in Queens at all… 20 minutes to midtown. Whatever, come back and we’ll have a blast eating the good stuff here!